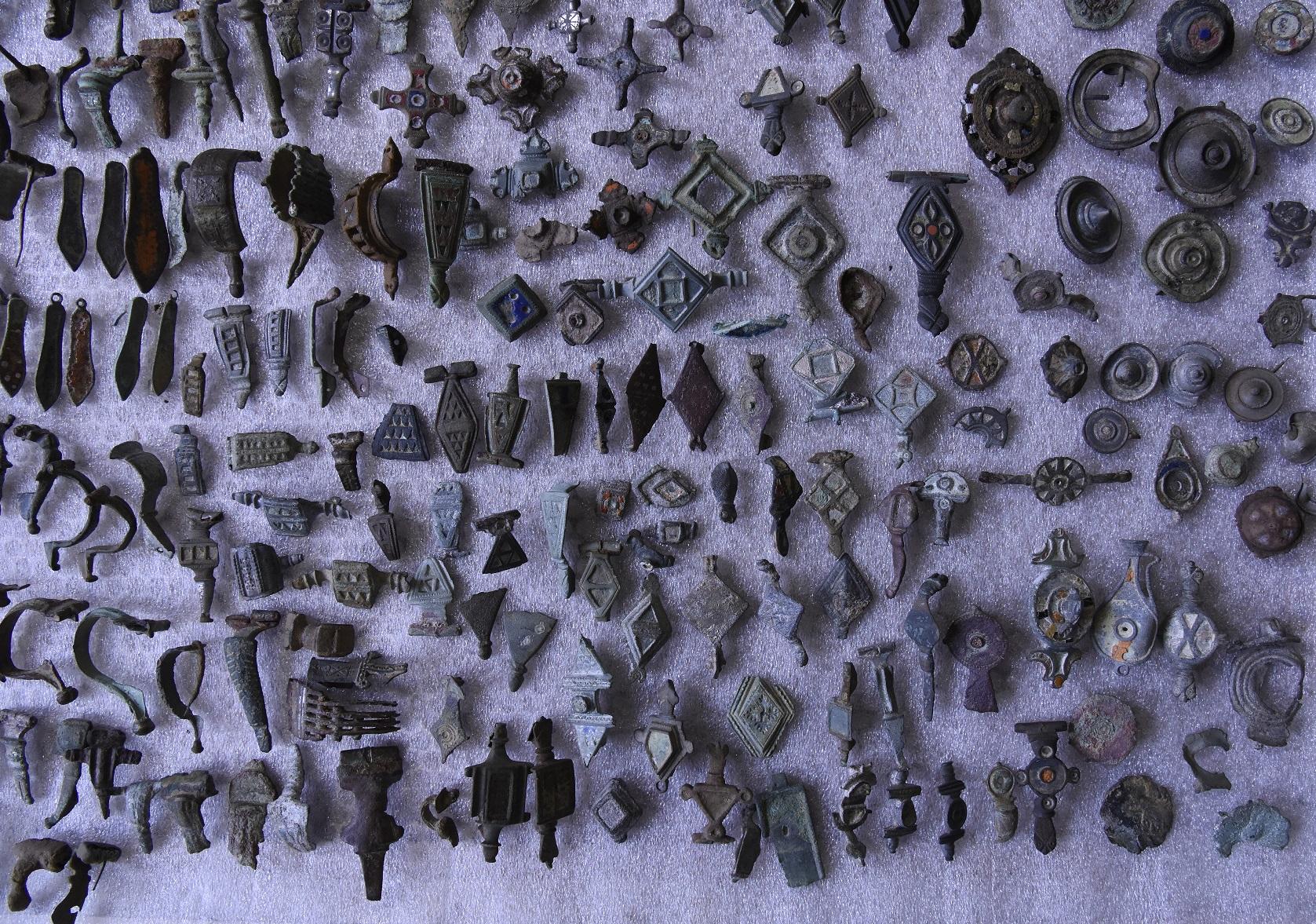 A French metal detectorist thought he could cash in on his finds by duping the French government, but officials saw through his ploy. Named only as Patrice T. in court proceedings, the man now faces charges for looting historical sites.

In France, hobbyists using metal detectors is against the law. Any archaeological finds made in the country are considered important artifacts of cultural heritage and must be turned over to the state. In Belgium, where the laws are much more lenient, treasure hunters are allowed the use of metal detectors and to keep their finds. 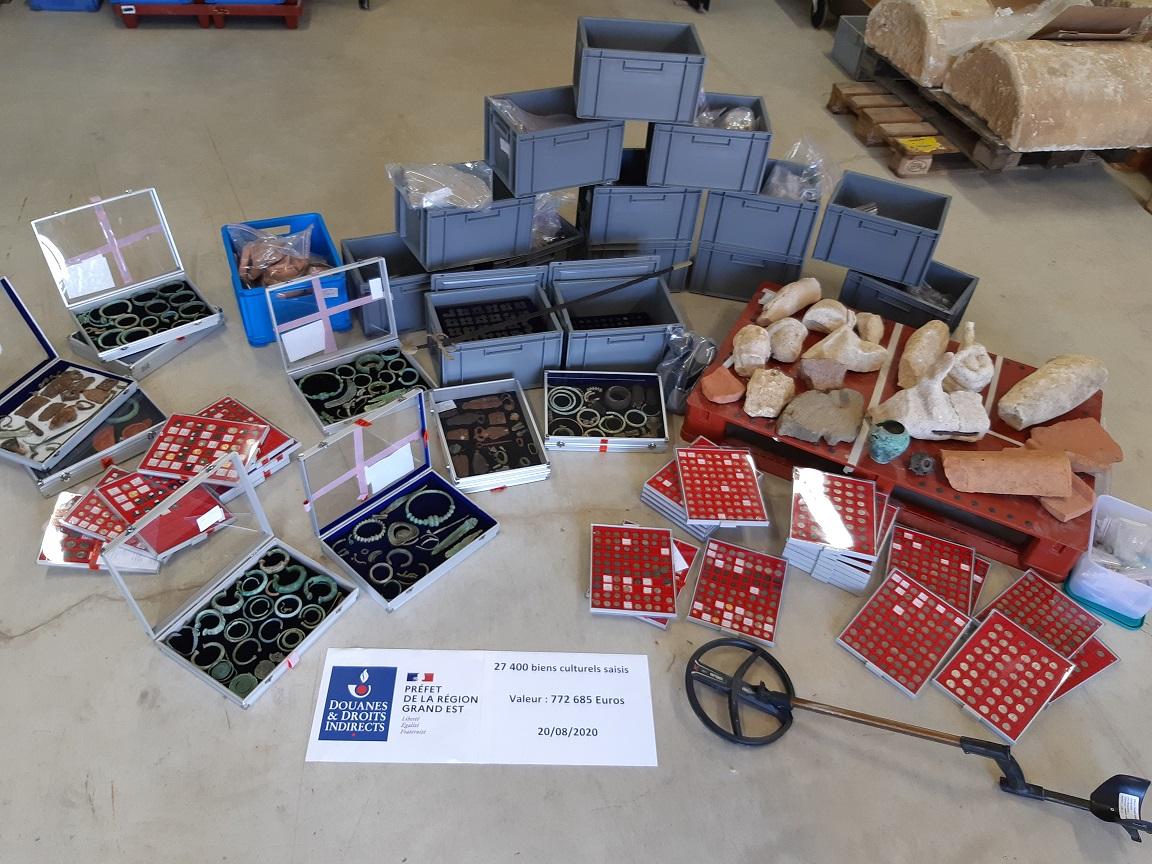 Suspicions were aroused when Patrice T. presented an astonishing cache of 14,154 Roman coins to the Flemish Organization for Immovable Heritage in 2019. Though he claimed to have dug them up on an apple orchard he owns in Belgium, the find did not fit with archeologists’ and historians’ knowledge of the area.

Belgian officials contacted their French counterparts and began a joint investigation into the man, eventually leading to the stunning seizure of 27,400 Roman coins and artifacts from his home in eastern France. Experts value the cache at $946,670.

In addition to the piles of Roman coins, the treasure includes statues, belt buckles, bracelets, and necklaces from the Bronze and Iron Ages, the Renaissance, and the Middle Ages. 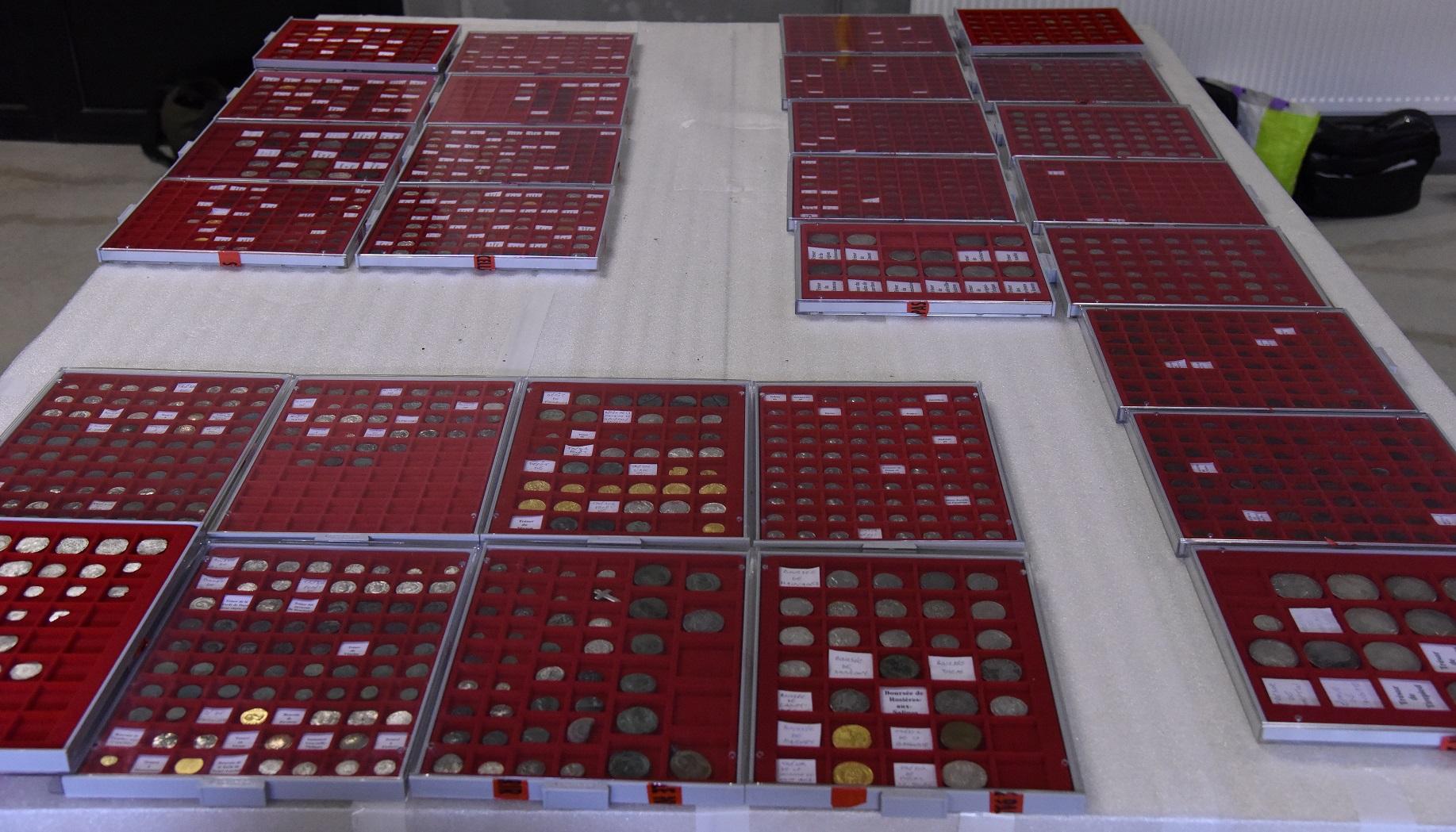 Officials have decried Patrice’s scheme. By trying to launder his French finds through his Belgian property, he attempted to steal invaluable historical artifacts from the nation and its peoples.

He now faces major fines and potential time in jail. French finance minister Bruno Le Maire said his prosecution sends “a clear message addressed to those who, for the benefit and selfish pleasure of a few, deprive us of our common heritage and erase entire sections of our history."