The History and Influence of Da Vinci’s Vitruvian Man

As the orginal "Renaissance Man," Leonardo da Vinci’s works have influenced artists, scientists, architects, and great thinkers for centuries. Along with the Mona Lisa and The Last Supper, his Vitruvian Man drawing is one of the most iconic images in the history of Western art.

Drawn with pen and ink on paper, Da Vinci completed the Vitruvian Man around 1490 when he was an apprentice in Andrea del Verrocchio’s workshop, where Da Vinci learned about architectural and technological design.

In the drawing, Da Vinci depicts a nude man standing inside a circle and a square with arms and legs drawn in two positions. The drawing was an attempt to illustrate principles of Vitruvius, a Roman architect who described the proportions of the human body in De architectura. Yet Da Vinci is not the only—or even the first—artist to attempt illustrating Virtruvius’s proportions, though his work is the most famous. Others, such as Francesco di Giorgio Martini had attempted it as early as the 1480s. 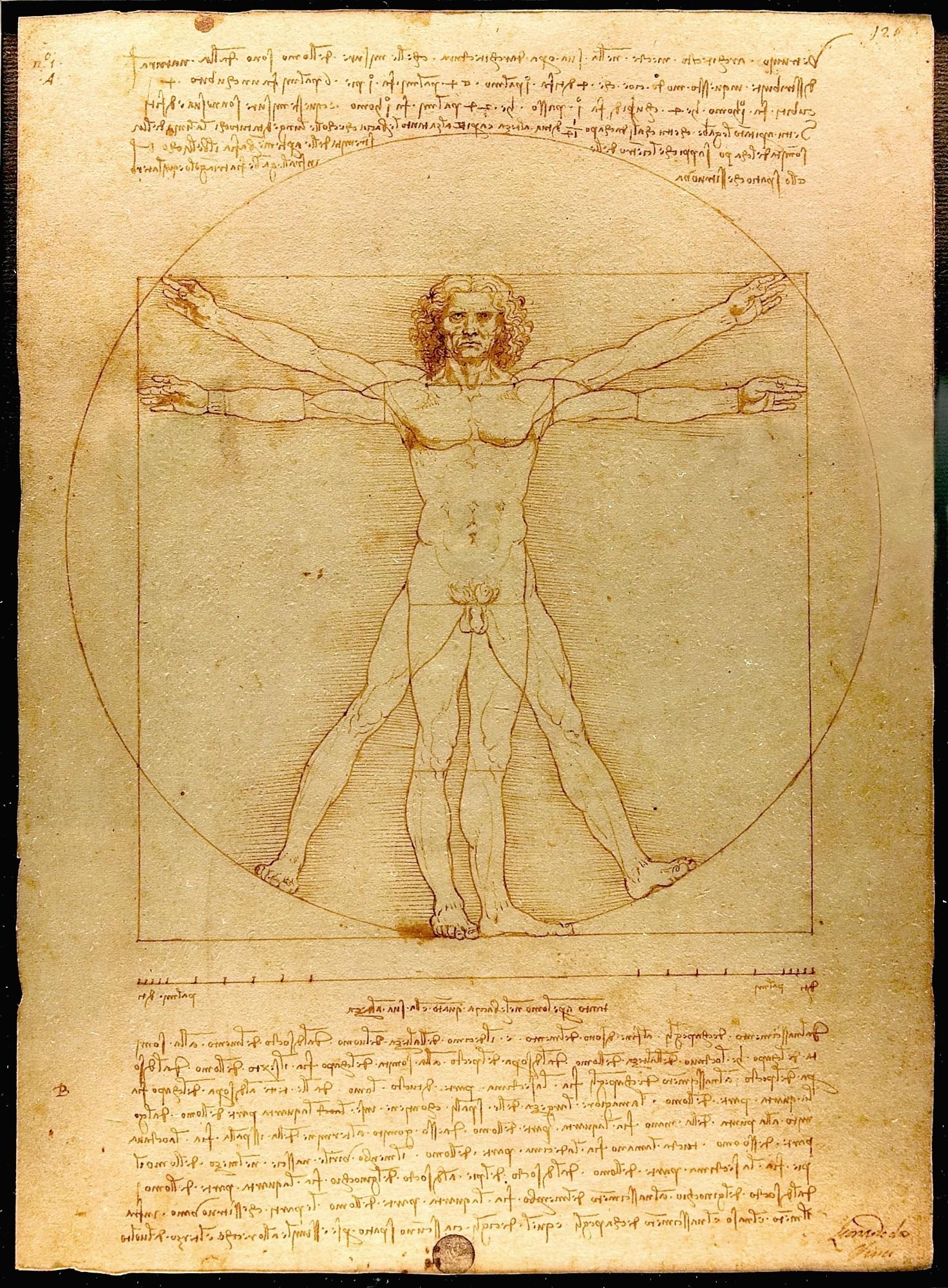 Smithsonian Magazine reports that others had attempted the drawing earlier in the 15th century, and notes that the shapes drawn around the man have important significance. Beyond trying to measure the proportions of the human form, “ancient thinkers had long invested the circle and square with symbolic powers.” For these thinkers, circular shapes were linked to the “cosmic and the divine,” while the square represented what was “earth and secular.”

By imposing a human form inside these shapes, scholars were not just noting bodily proportions; they were also showing how humans fit in both worlds and could actually serve as a way to study the perfection of the universe. By doing so, Vitruvius and other architectural scholars believed they could carry over this perfection into the realm of architecture.

This principle of humans serving as a link between the earth and the divine seems to be one that Da Vinci believed, too. As quoted in the book Da Vinci’s Ghost by Toby Lester, the artist wrote in 1492, “By the ancients man was termed a lesser world, and certainly the use of this name is well bestowed, because…his body is an analogue for the world.”

However, rather than copy Vitruvius’ findings himself, Da Vinci notes in image’s accompanying backwards text that his Vitruvian Man features adjusted positioning of Virtruvius’ circle and square, as well as some of the proportions and positions of the man’s limbs based on his own studies of the human form. 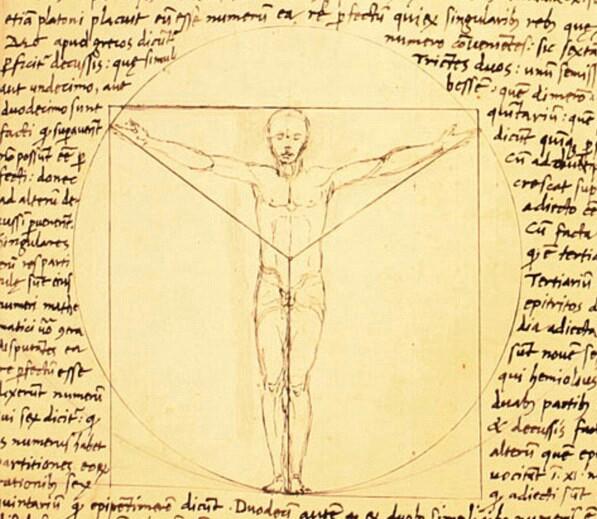 Recent scholarship suggests that Da Vinci might have created his Vitruvian Man in collaboration with one of his contemporaries, Giacomo Andrea de Farrara. Yet regardless of claims about the work’s history or the fact that Da Vinci’s Vitruvian Man was not the first, it is undeniable that this simple sketch has captivated viewers and scholars for centuries, so much so that the drawing has become an iconic image in Western culture. The drawing is so recognizable that it has been repurposed time and again in advertisements and illustrations, often relating to health and medicine.

Today, Da Vinci’s Vitruvian Man  is housed at the Gallerie dell’Accademia in Venice, Italy, though it is rarely displayed for the public, largely because the drawing is fragile and must be constantly monitored and protected from direct light. Despite arguments from critics who opposed the move due to the drawing’s state, it was displayed at the Louvre in December 2019 in an exhibition that lasted eight weeks commemorating the 500th anniversary of Da Vinci’s death in France, giving visitors a rare look at the manuscript.

While it remains to be seen when the drawing might be viewable by the public again, its scarcity of access only adds to its allure, as it remains an important work marking the history of art and science.