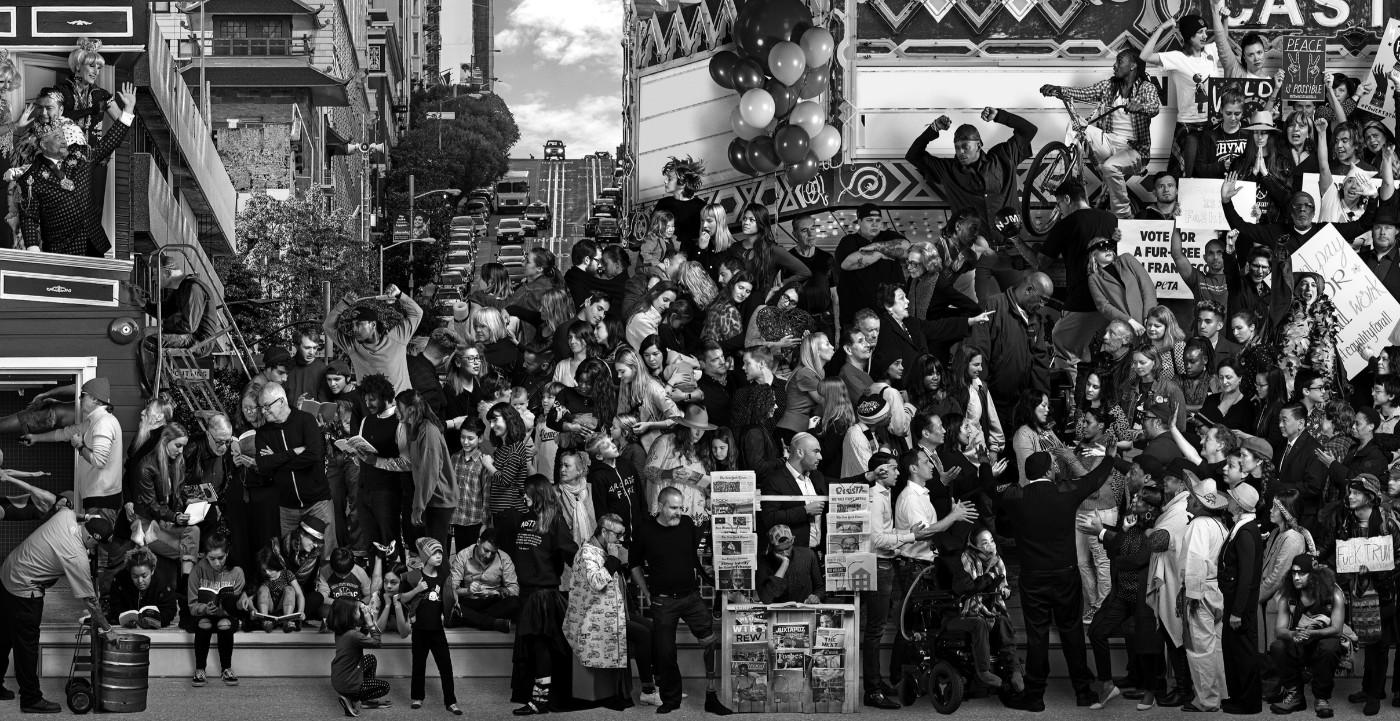 His murals have graced walls from Paris to Israel and Ellis Island. Now the world-renowned muralist JR has left his mark on San Francisco for the first time. Drawing inspiration from Diego Rivera’s iconic frescoes depicting the life of the work-class San Franciscans, JR sought to give voice to the average people of the City By the Bay through The Chronicles of San Francisco (2018). 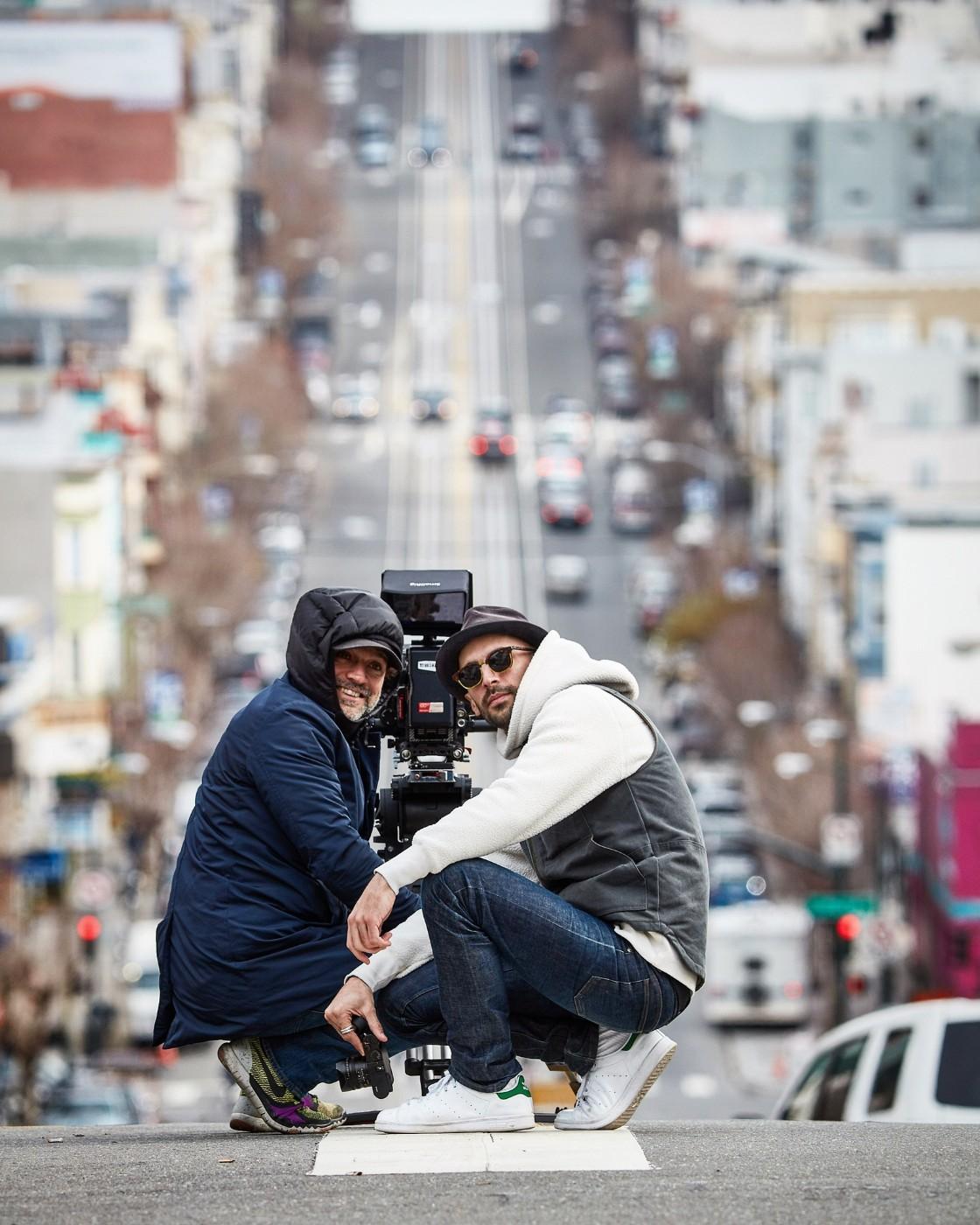 JR and Roberto de Angelis at work in San Francisco, 2018

Now on view in the San Francisco Museum of Modern Art (SFMOMA) Roberts Family Gallery, The Chronicles of San Francisco is a digital mural, presented on a giant wall of screens. Images of hundreds of average San Franciscans stream by, like one might encounter walking down a crowded city street. In 2018, JR set up his mobile studio at 22 sites all over San Francisco. Almost twelve hundred people stepped off the streets to speak with the artist and share their stories. The result is a unique portrait of a city, comprised of intimate portraits of its citizens.

Named one of Time's 100 most influential people of 2018, JR has skyrocketed to international fame in the past two decades. Born in 1983 in France, JR, whose true identity remains unknown, began working guerilla-stye, pasting his large-scale photographs, often close-up portraits, on walls in Paris. Originally graffiti, his works were so beloved they became sanctioned by the City of Paris. The artist soon realized the power his work could have and has since brought his message of elevating and connecting people to global audiences. 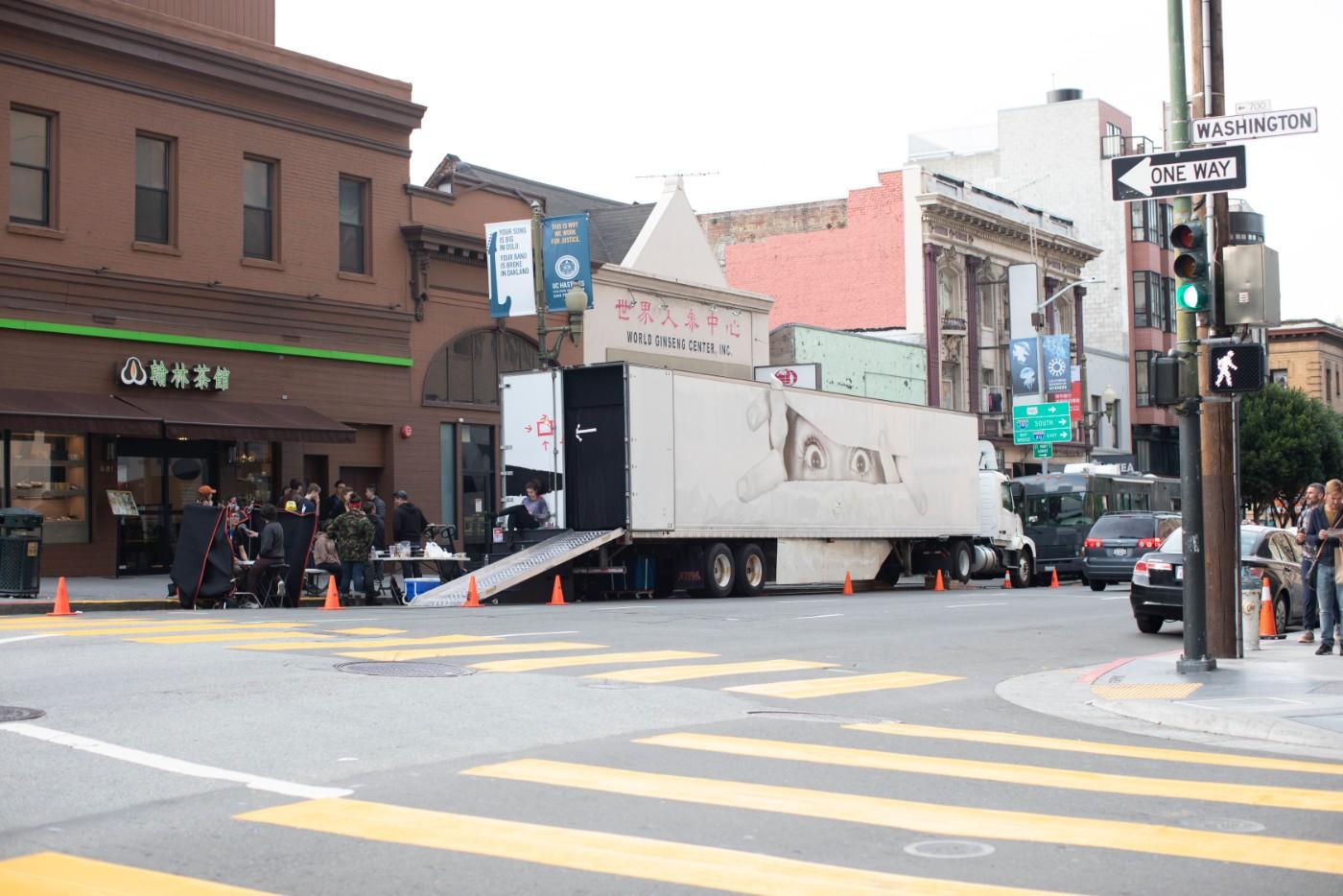 In 2007, the artist put portraits of Israelis and Palestinians face-to-face on either side of the Separation Barrier. For his Women are Heroes project, JR traveled to conflict zones, creating portraits of women who were brutalized in wars, and sharing their portraits, and thus humanity, with people everywhere. In 2011, he won the TED Prize, a $100,000 reward for those that "wish to change the world.” JR used these funds to create the Inside Out Project, a global participatory art project that brings projects encouraging self-expression through portraiture to communities around the world. His 2017 collaboration with the filmmaker Agnès Varda, Faces Places, earned him an Oscar nomination. 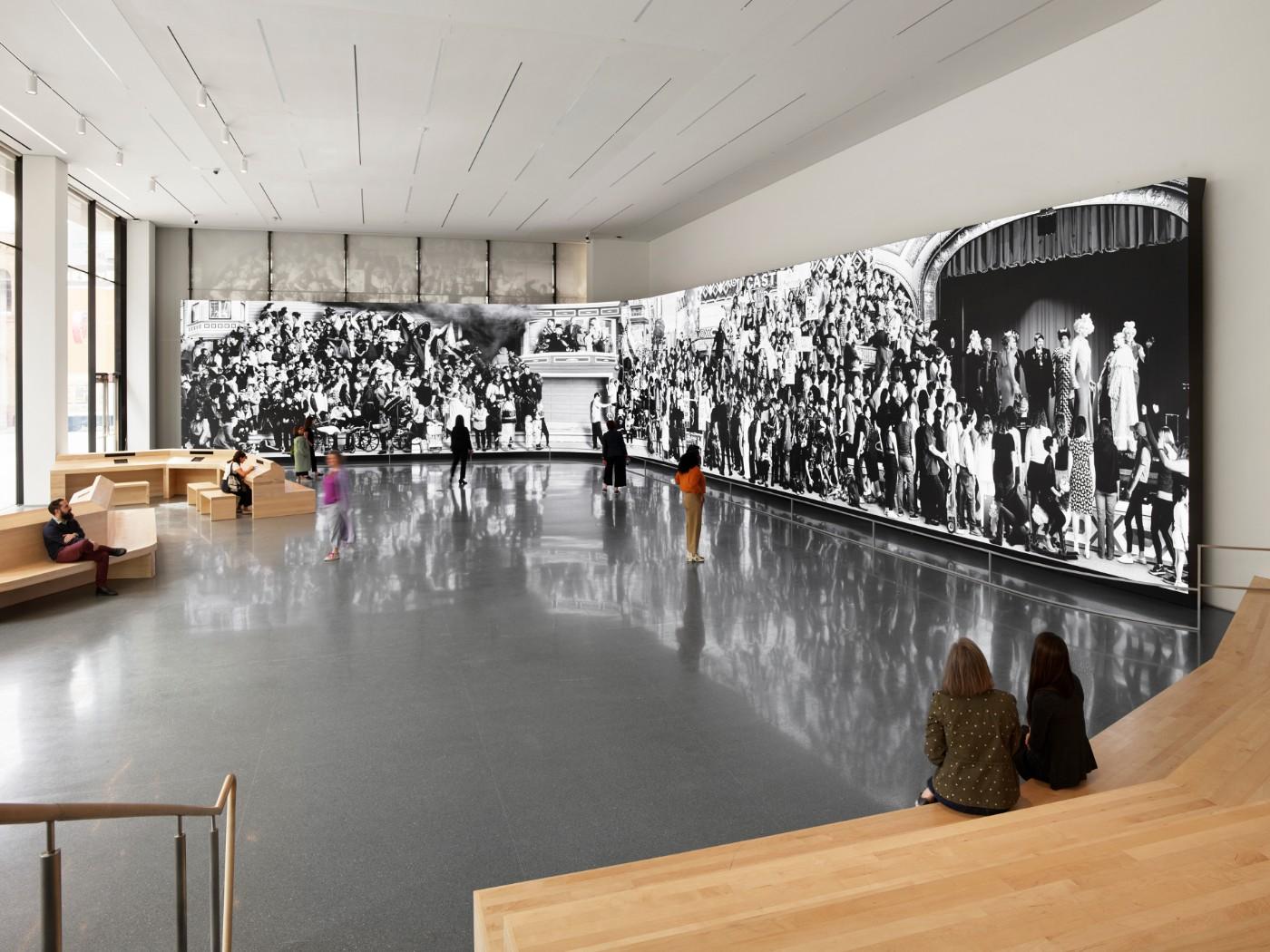 As JR’s projects get bigger and more impressive, including recently making the Louvre’s pyramid disappear through a photographic illusion, his focus remains small: intimate portraits telling individual’s stories. The Chronicles of San Francisco is the artist at his best, using his skills as photographer, videographer, and story-teller to help us the bigger picture through the smaller ones.

JR’s The Chronicles of San Francisco is now on view in SFMOMA’s Roberts Family Gallery, which is free and accessible to the public