Who Came Up With the Color Wheel? 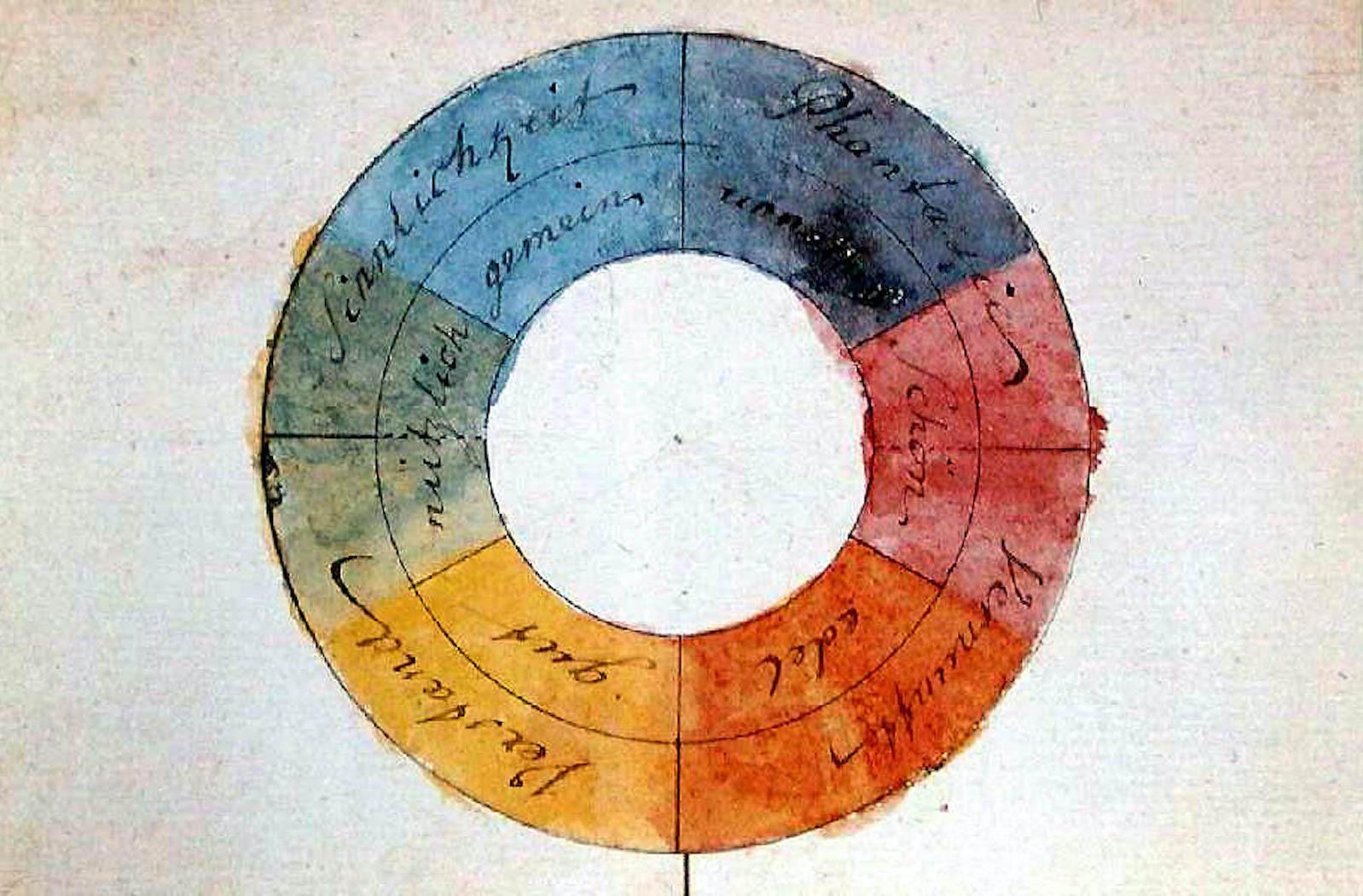 The easy answer is Isaac Newton, but of course, the real answer is more complicated. Though Newton might be better known for his writings on and experiments with gravity and the laws of motion, his prism experiment—the one that proved white light contains many colors—is still rather iconic. This experiment was documented in Opticks, his seminal book on the basic science of light—and by extension, color. Newton also included a color circle in the book and designed it to showcase the hue combinations he saw through the prism. 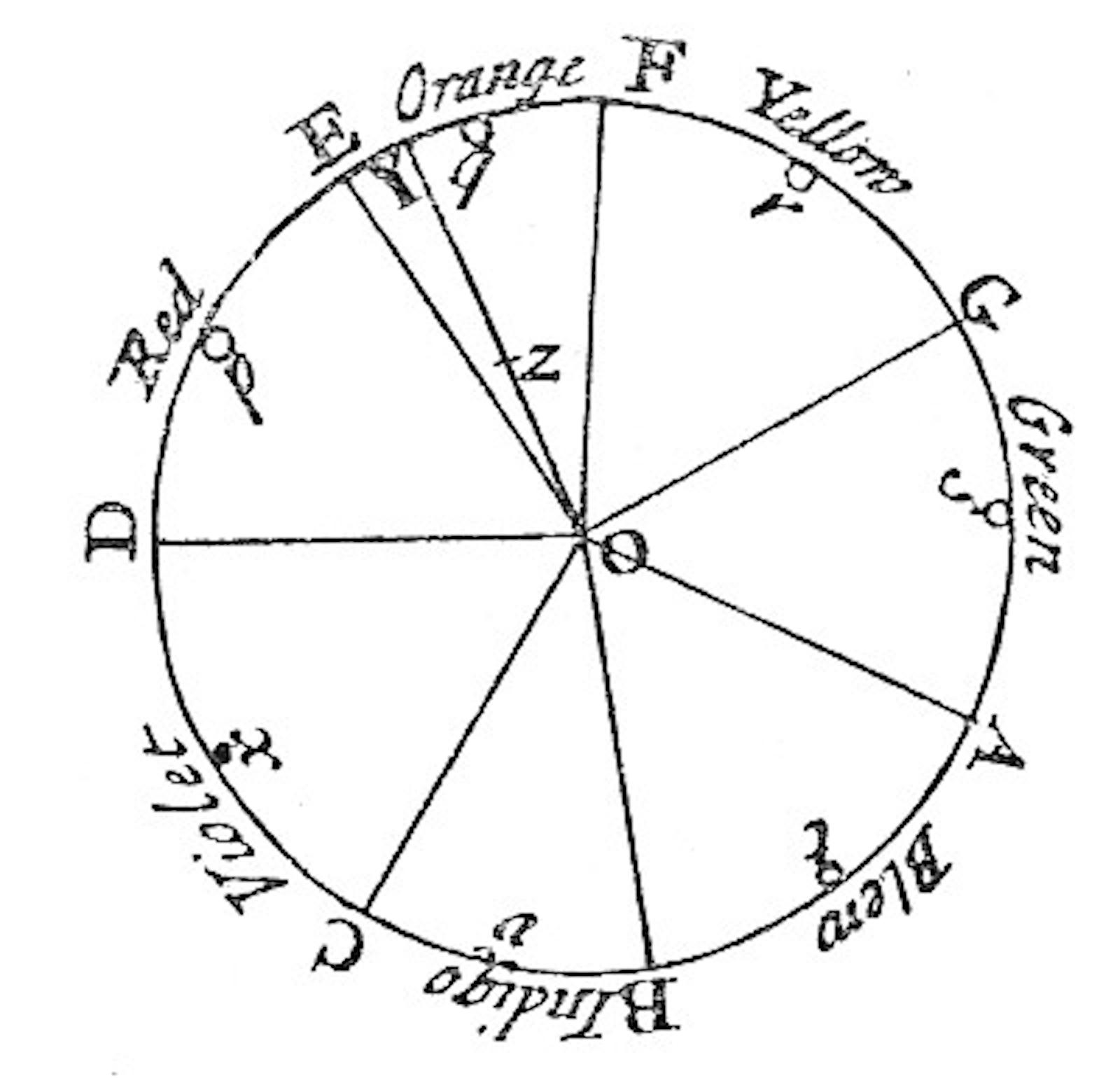 Unlike modern color wheels, it was designed to illustrate the mixture of lights, it only featured spectral hues, and it was not evenly divided. Even so, Newton made the lastingly impactful decision to arrange the colors in a circle that illustrated a connection between the violet and red ends of the light spectrum.

It’s important to note that, about a century before Opticks, Aron Sigfrid Forsius did create a circle to illustrate observed relationships between colors. This was very different from Newton’s iteration and the modern version. It graded colors on a scale between black and white and only featured red, yellow, green, blue, and grey.

In the late eighteenth century, Tobias Mayer created a color triangle with the primary colors red, yellow, and blue at each point. Each point was connected to its adjacent points by twelve gradations of color—Mayer believed that this was the highest degree of color variation the human eye could detect. Later, a physicist by the name of Georg Christian Lichtenberg worked from Mayer’s triangle to create a new version with seven gradations per side. 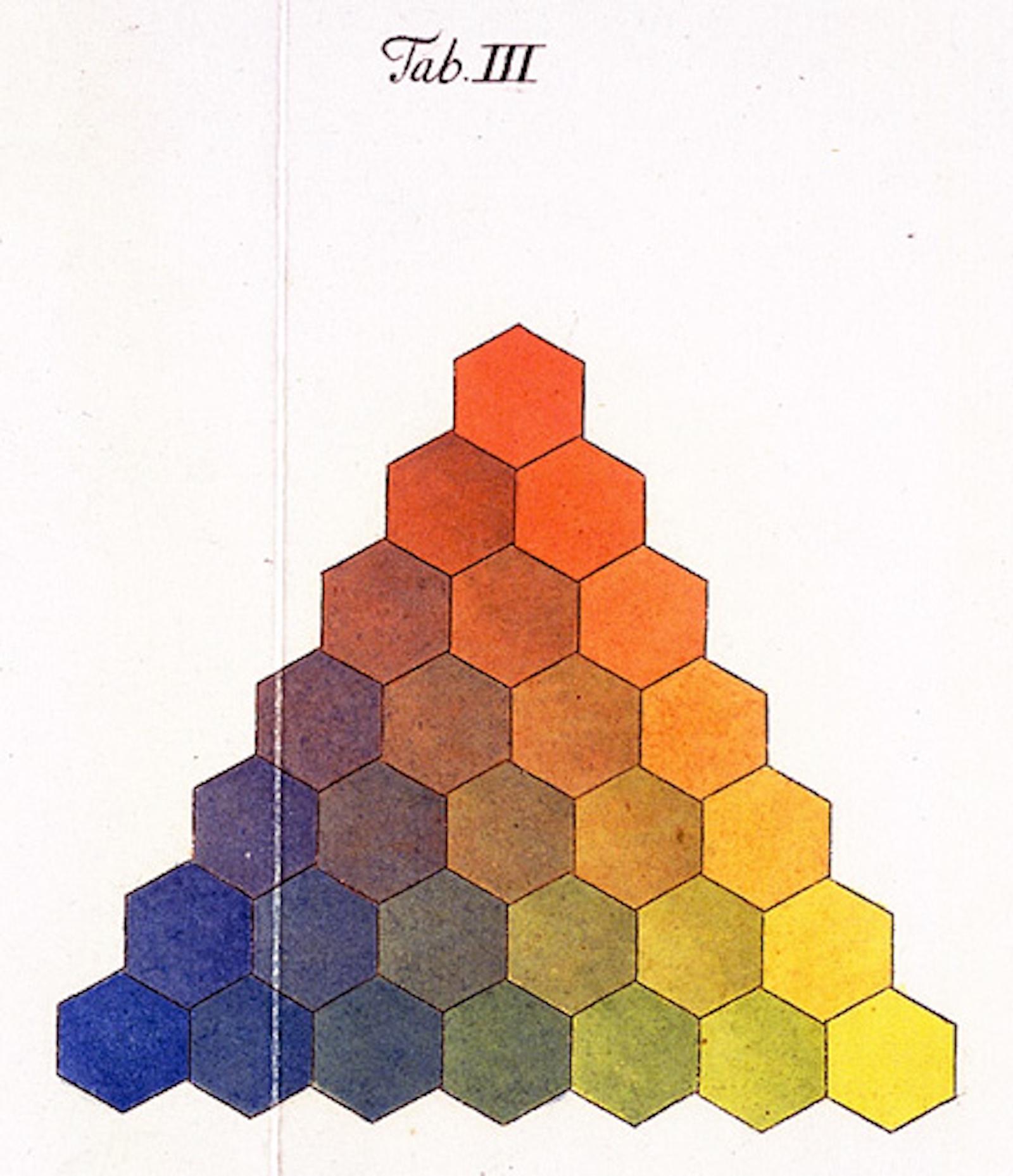 In 1809, Johann Wolfgang von Goethe published Theory of Colours. The book is considered the first systematic study of the psychological impact of colors. This angle of approach led Goethe to also consider the effect of color combinations—particularly of opposed colors. He posited that “diametrically opposed colors,” when placed side by side, would enhance each other. To more easily study and demonstrate these ideas, Goethe created a color circle with equally portioned spaces for each color.

Goethe also took issue with Newton’s color spectrum theory and was sure to incorporate his own beliefs into his color wheel. He believed that darkness was not the absence of light and that darkness actually played a role in color and hue creation. He theorized that, when light struck dark, the collision produced observable color.

Painters’ color wheels cannot be used to predict combinations. Rather, they serve as documentation of pigment combinations that, while following general rules, vary from one medium or product to another.

The general rules stem from the trichromatic model which consists of primary, secondary, and tertiary colors. Artists who work with traditional mediums use red, yellow, and blue as their primary colors. Their secondary colors are created by mixing primaries and are thus orange, green, and purple. Tertiary colors are created by mixing primaries and secondaries with their neighbors on the color wheel. They include yellow-orange, green-blue, and so on. 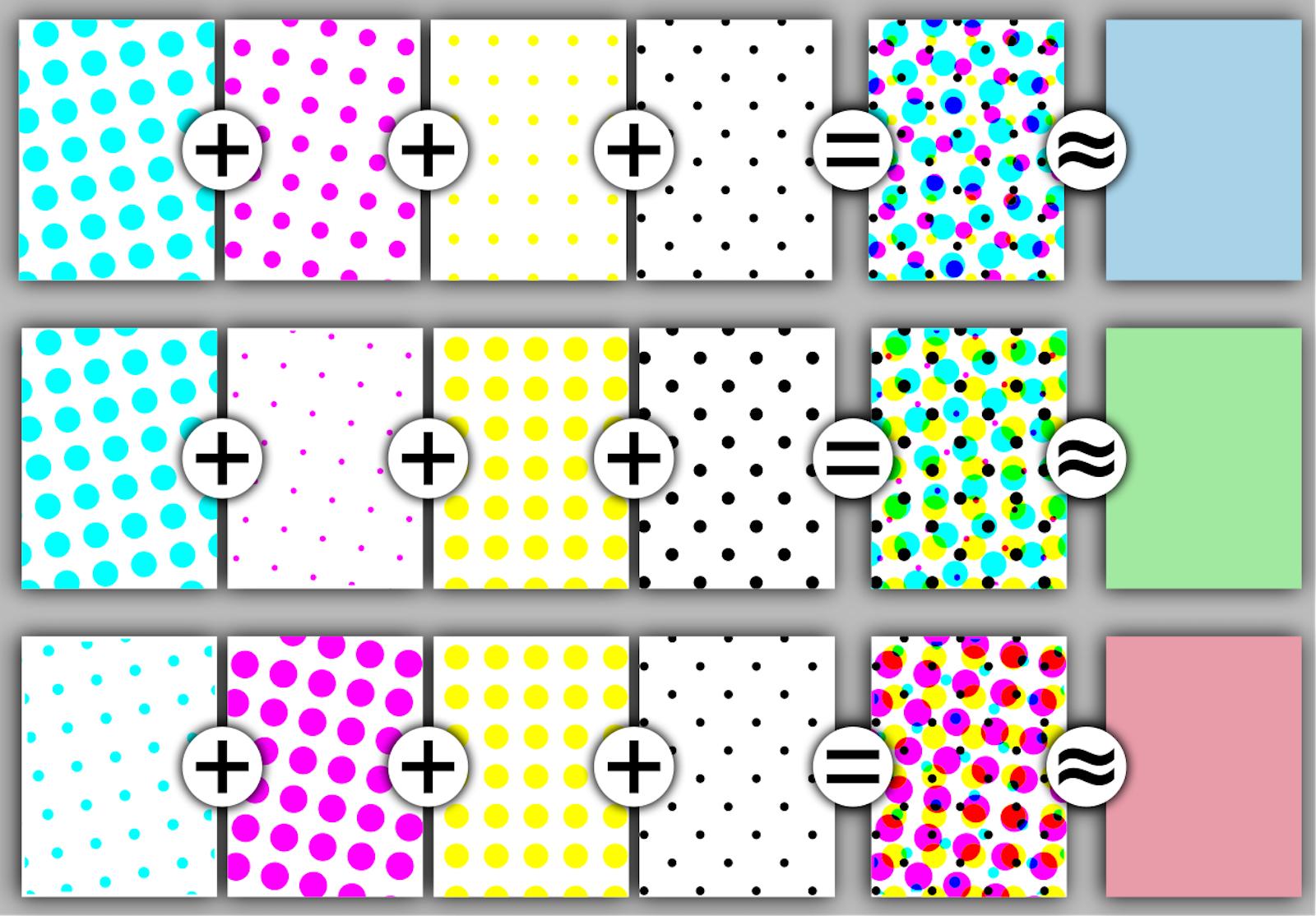 The artist’s color wheel is not the only system for color mixing. Printers use magenta, yellow, and cyan as so-called subtractive primaries. Subtractive mixing essentially involves layers of color dots that are illuminated from behind. In printing, the illumination is provided by white paper. Scientists as well as lighting technicians use additive primaries—red, green, and blue—to mix colors. In additive color mixing, if all colors are applied, the result is white light.