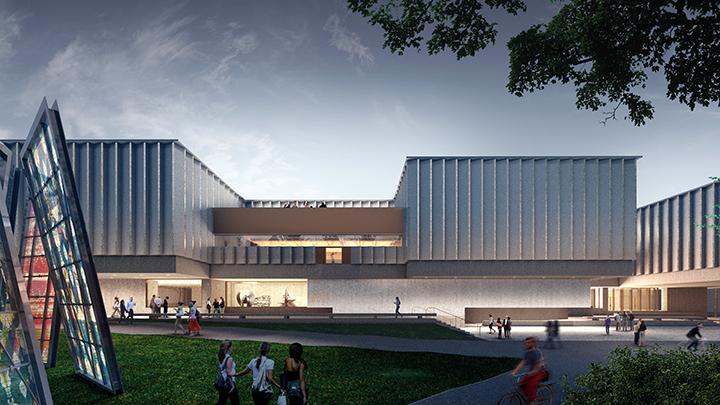 The future Main Entrance to the Art Museum, with a signature “lens” moment above, spilling light onto the terrace below.

It has been two years since Princeton University announced the renowned Ghanaian-British architect Sir David Adjaye would be designing their new art museum. On September 23, Princeton finally gave the public a look at Adjaye’s ambitious contemporary design that seeks to “work” on the iconic Collegiate Gothic campus.

With over 110,000 artworks spanning global art history, Princeton University Art Museum is regarded as a premier university art museum. While its collection is world class, the museum itself has long been in need of an upgrade. An amalgamation of several twentieth-century additions, the museum last saw major construction in 1989 when a 27,000 square-foot wing was added. Adjaye’s design will do away with the old structures, bringing not only aesthetic unity but doubling the existing square footage. 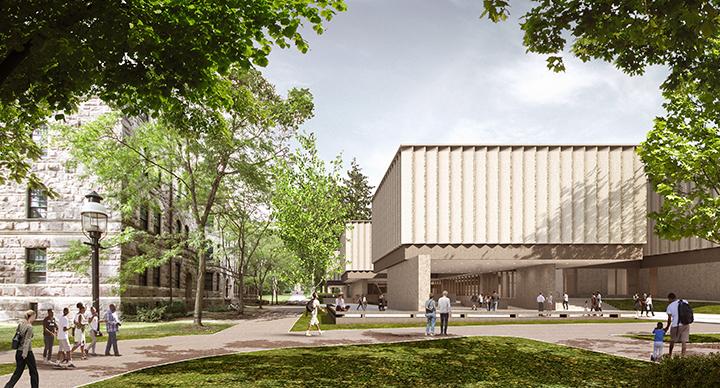 The new Museum complex as seen from the southwest corner, with Dod Hall to the left; the outdoor terraces here will accommodate up to 2,000 people.

According to Princeton’s announcement, the new museum will stand at three stories tall. The exterior will make use of polished stone and feature an undulating facade that is “all fronts and no backs.” The interior structure will be composed of seven interlocking “pavilions” that contain most of the gallery spaces. The increased square footage will allow the vast collection to be spaced out. By alternating the volume of each gallery, the museum hopes to prevent visitor fatigue. The museum will also include space for performances, lectures, and classrooms.

One of the more creative aspects of the design are a series of bronze and glass “lenses” that will be placed between the pavilions. These lenses will offer picturesque views of Princeton’s campus and into the gallery spaces. Outdoor terraces and a rooftop café will also give visitors a chance to appreciate the campus’ beauty. 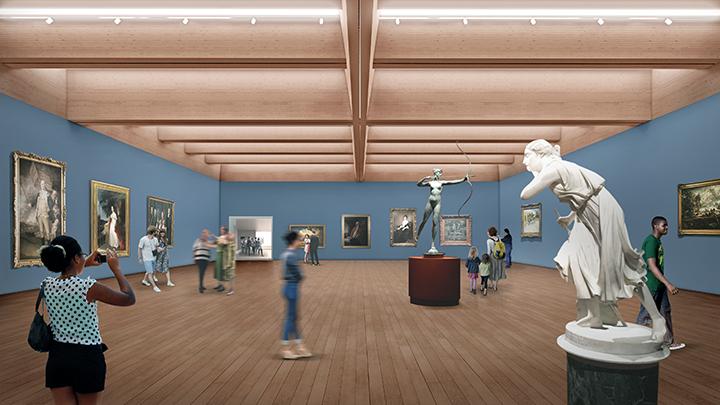 Four pavilions located at each corner of the new complex will feature expansive 18-foot-high ceilings, daylighting, hardwood floors, and a Glulam ceiling system that integrates many of the space’s systems.

The museum's director, James Steward, said about the project and its designer, “Sir David’s architecture will invite visitors to see themselves as citizens of a broader set of communities, which in turn will, we hope, nurture a deeper sense of our shared humanity. The design will give us a building that fosters new modes of investigation, reflects and deepens our commitment to equity and inclusion and affords new moments of aspiration and inspiration.”

Sir David Adjaye was born in Tanzania in 1966. At the age of nine he moved to the United Kingdom, which is where he studied architecture. Since receiving his Masters from the Royal College of Art in 1993, he has become globally recognized talent. Adjaye is best known for having served as the lead architect on The United States’ National Museum of African American History and Culture. 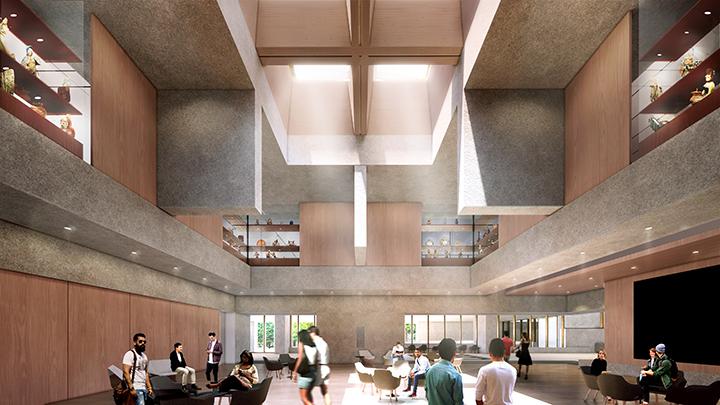 The double-height Grand Hall sits at the heart of the Museum complex and will function as a lecture hall and performance space and will host many of the Museum’s larger events.

Construction on Princeton’s new art museum is scheduled to begin in 2021, with the hope of completion by 2024. Art & Object will continue to follow the museum’s development.