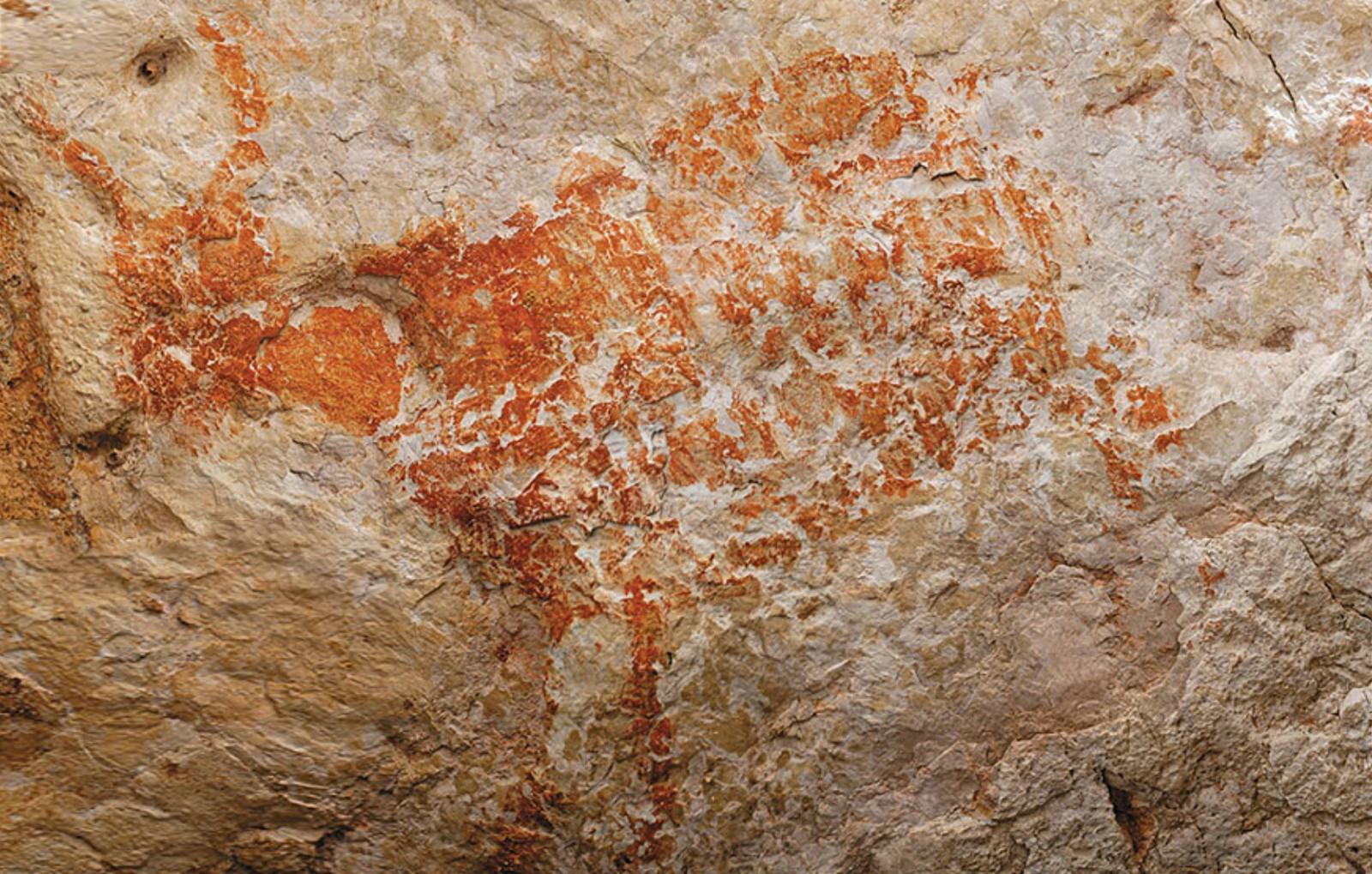 A cave painting depicting a bull found in Borneo, Indonesia, thought to be amongst the oldest ever discovered.

Archeologist's recent discovery of ancient cave paintings may change everything we know about human’s relationship to art. Found in a cave in Indonesia, the paintings have been dated to 44,000 years ago, making them the oldest figurative paintings ever discovered, according to a study published in Nature.

The nearly fifteen-foot long hunting scene shows six animals (native wild pigs and dwarf buffaloes) being pursued by human-like figures. Holding spears and perhaps ropes, some of the figures have animal features, like a beak and tail. These mythological figures are known as therianthropes, and they show us that our ancestors 44,000 years ago had the ability to imagine other-worldly creatures and had developed elements of their own mythology.

A post shared by Southeast Asian Archaeology (@southeastasianarchaeology) on Dec 12, 2019 at 6:04am PST

The caves on the Indonesian island of Sulawesi have been well-known sites of ancient paintings for years. Sulawesi alone is home to hundreds of caves or shelters with ancient drawings, and new sites are frequently discovered. This set of paintings was found in 2017 when an archeologist climbed a fig tree to explore a smaller, previously unnoticed cave. Only recently were the drawings successfully dated, and scientists were surprised by the findings. Using a method called uranium-series analysis, researchers from Australia's Griffith University tested calcite ‘popcorn’-small mineral growths on the cave ceiling-to determine that the limestone cave painting dated back to the Upper Paleolithic period. 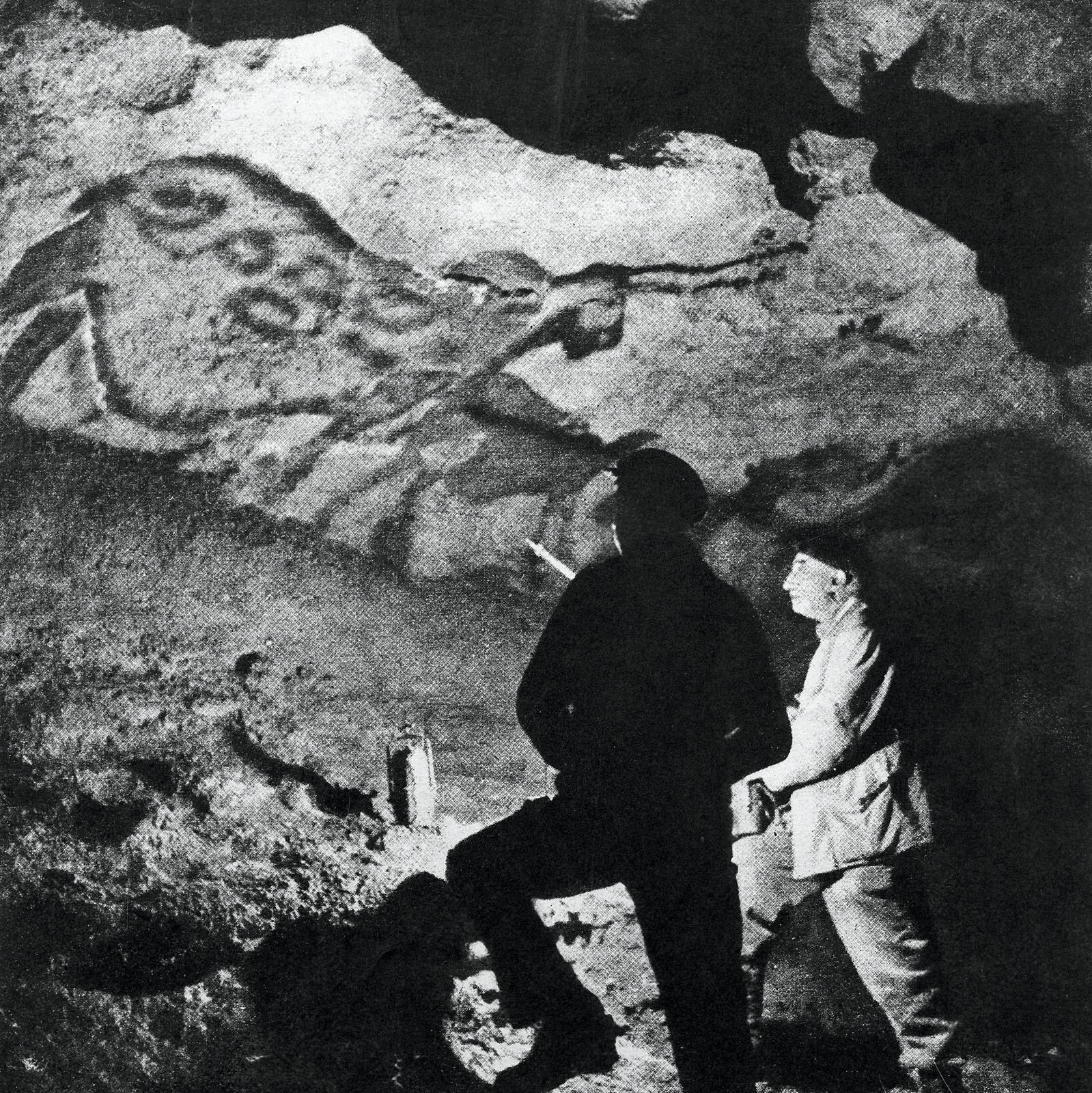 The oldest known narrative cave paintings were previously found at sites in France and Spain, and it was assumed that this form of communication had developed in Europe. These sites, like Lascaux, are dated to only 14,000 to 21,000 years ago. This form of visual story-telling is considered a landmark of human development, and this new discovery in Indonesia changes what we know about early human migration and even evolution.

As scientists are learning more and more about our artist ancestors, they are in a race with time to discover and document the caves, which are rapidly deteriorating.