What Does Cave Art Tell Us About Early Humans? 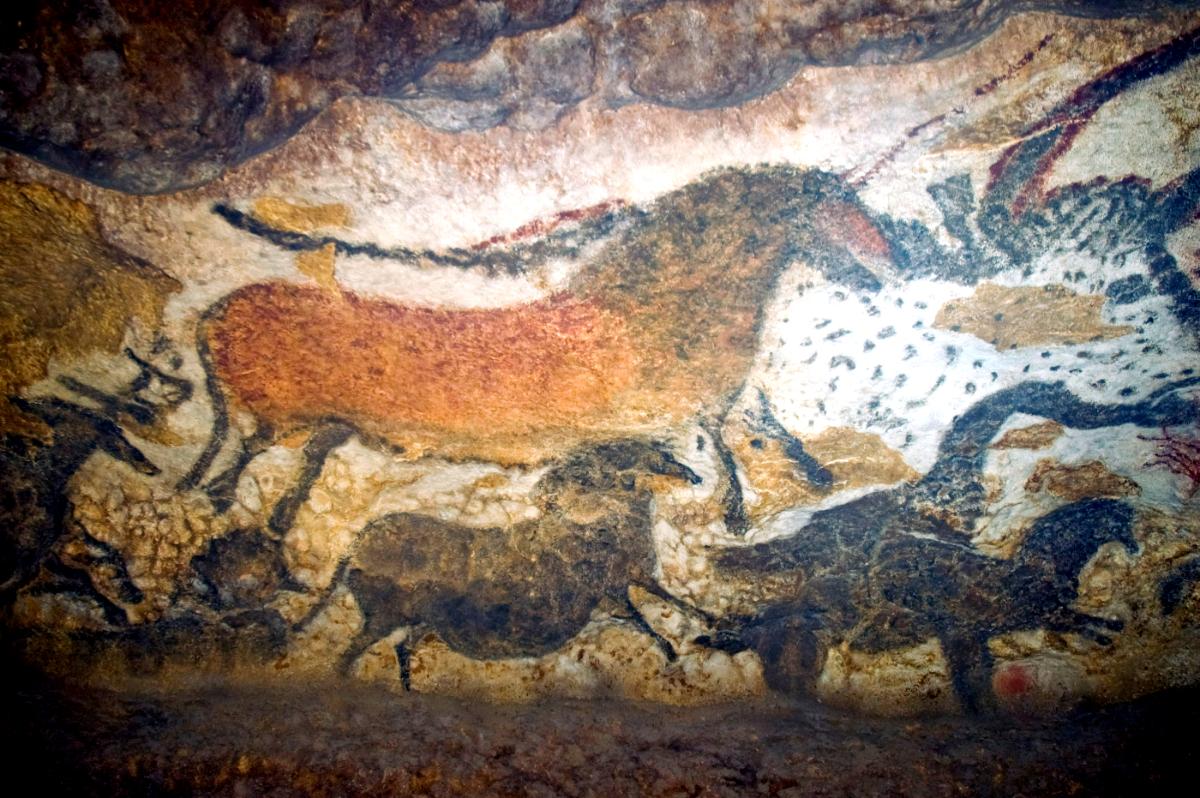 Throughout the twentieth century, scientists discovered a swath of cave paintings, many in western Europe. To date, the known number of decorated sites is around 400, with many of those concentrated in the mountains of France and Spain.

But more recent discoveries, like a 2019 revelation of cave art in Indonesia, believed to be at least 36,000 years old, have altered our understanding of early humans altogether. Because the cave art found in Indonesia shared similarities with the cave art in western Europe—namely, that early people seemed to have a fascination animals, and had a propensity for painting abstractions of those animals in caves—many scientists now believe that the impressive works are evidence of the way the human brain was developing in various, and distant, parts of the world around the same time. 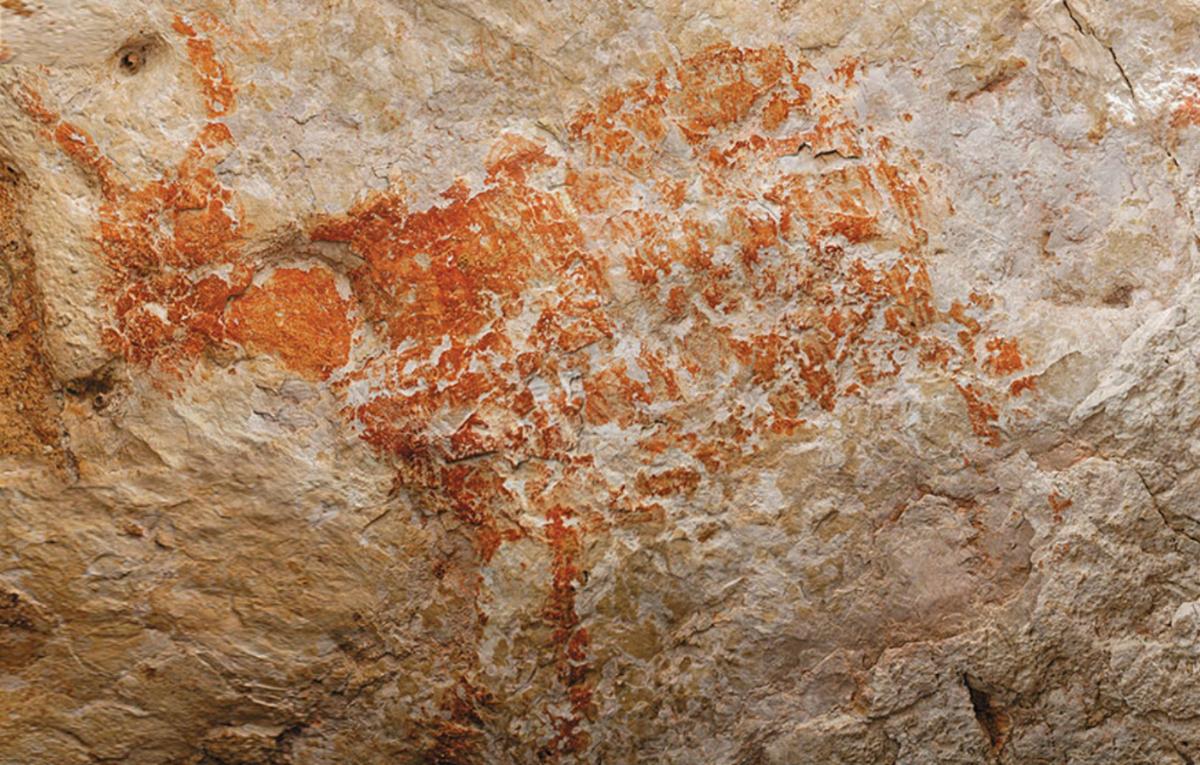 Possibly the oldest known painting, from the cave of Lubang Jeriji Saléh on the Indonesian island of Borneo, circa 40,000 BCE

Many of the cave paintings have red and black pigments in common, and it is assumed the reds were achieved with ochre, which is another word for any iron-rich rock that can produce pigment. Red ochre, also known as hematite, or iron oxide—a chemical compound known as Fe203—is the most common and widespread coloring tool associated with cave paintings.

In fact, a very recent discovery of red ochre in South African caves that is believed to be at least 60,000 years old has once again not only pushed back the possible date that humans were creating art, but it’s also pushed back the date that scientists believe humans were using advanced problem-solving techniques. 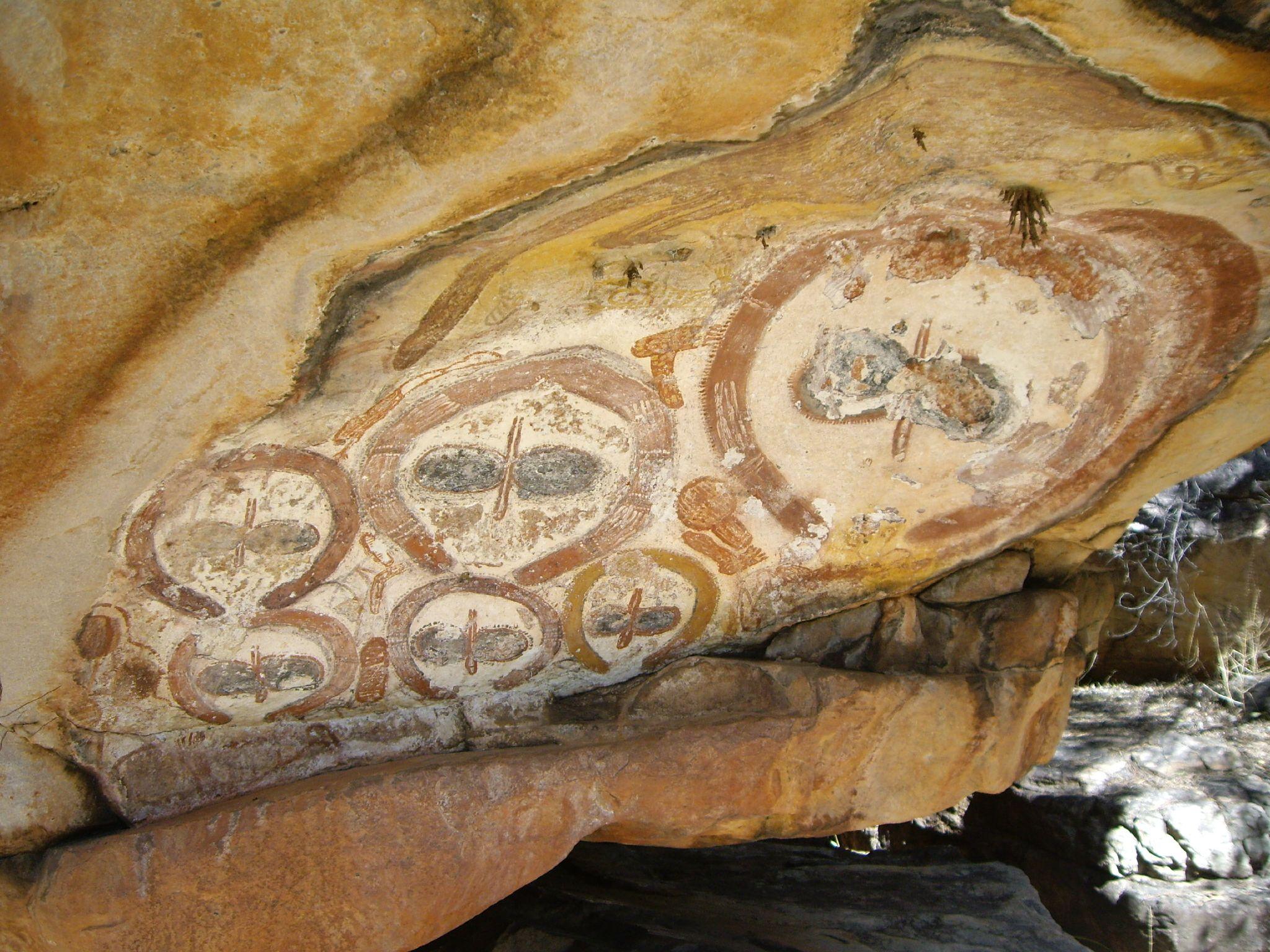 As archaeologist Tammy Hodgskiss told Discover Magazine, “People may say ochre is the earliest form of symbolism, but there’s more to it… ochre shows how our brains were developing, and that we were using our environment. It bridges the divide between art and science.”

Red ochre is also the apparent medium used in art that appears in caves in Western Australia, and is believed to have been created about 50,000 years ago. Again, the fact that humans were living across oceans from one another experimenting with primitive paints lends itself to the idea that art is an innate force within the human species.

Another common tool that was used to make cave art is charcoal, which is believed to be responsible for many of the drawings that appear in Chauvet Pont d-Arc Cave in France, where the oldest known cave paintings in Europe are located. The charcoal remnants collected in the cave have been carbon traced to the Ice Age, and appear to have been made from burnt pine trees. Because other charcoal made from pine trees has been discovered in various caves that were thought to be used as living spaces during the Ice Age, scientists wonder if these early artists actually had a preference for pine charcoal over other possible sources. It’s also helped scientists reimagine how cold it would’ve been for humans to be forced into these caves as their main living spaces. 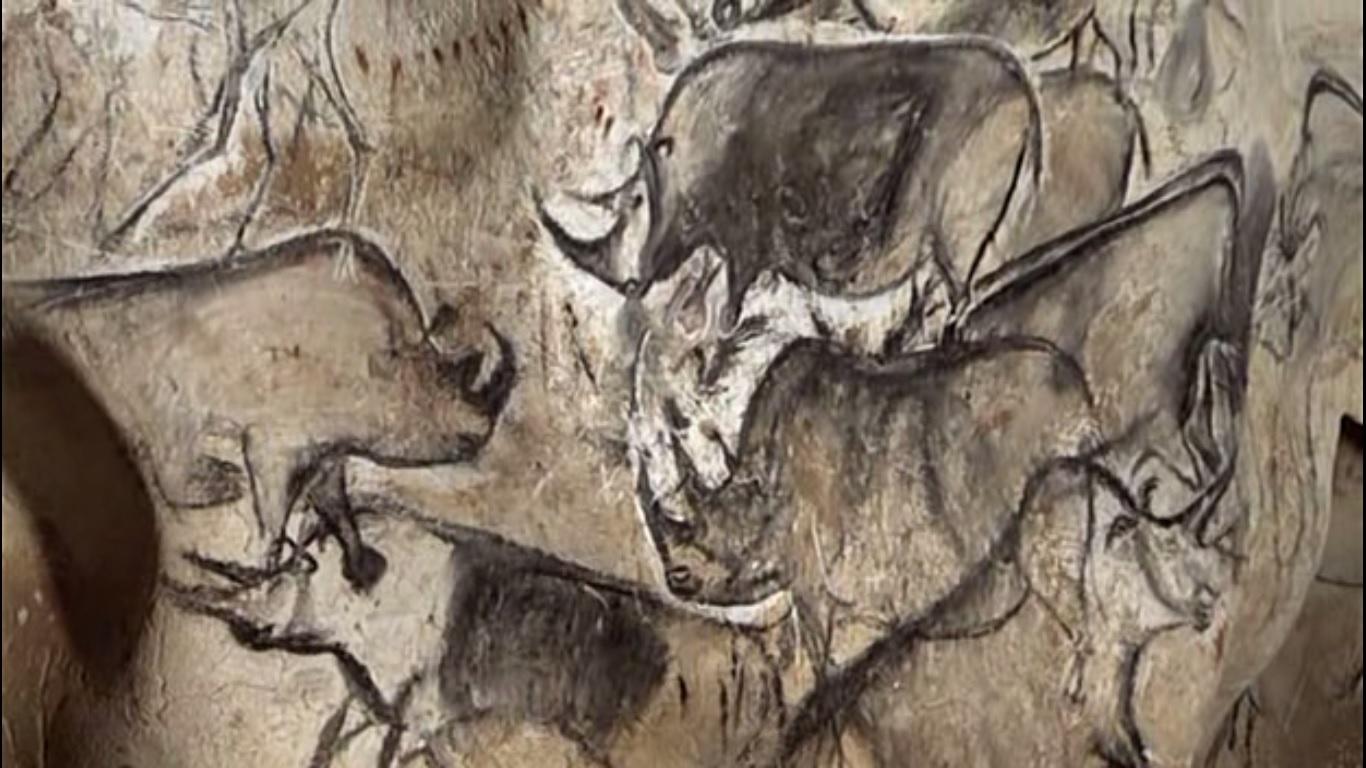 “Pine is a pioneer taxon with an affinity for mountainous environments and survived in refuges during the coldest periods of the last ice age,” wrote scientists who studied the cave in an April April 2018 edition of Antiquity Journal. “As such, it attests, first and foremost, to the harsh climatic conditions that prevailed during the various occupations of the cave.”

It’s not a new idea that art can tell us a lot about the time period in which it was created. From ancient civilizations in places like Egypt, to the relatively modern Renaissance works in Italy, works of art have always informed modern humans as to the way their ancestors lived. In this way, cave paintings, and the way they were made, are no different.