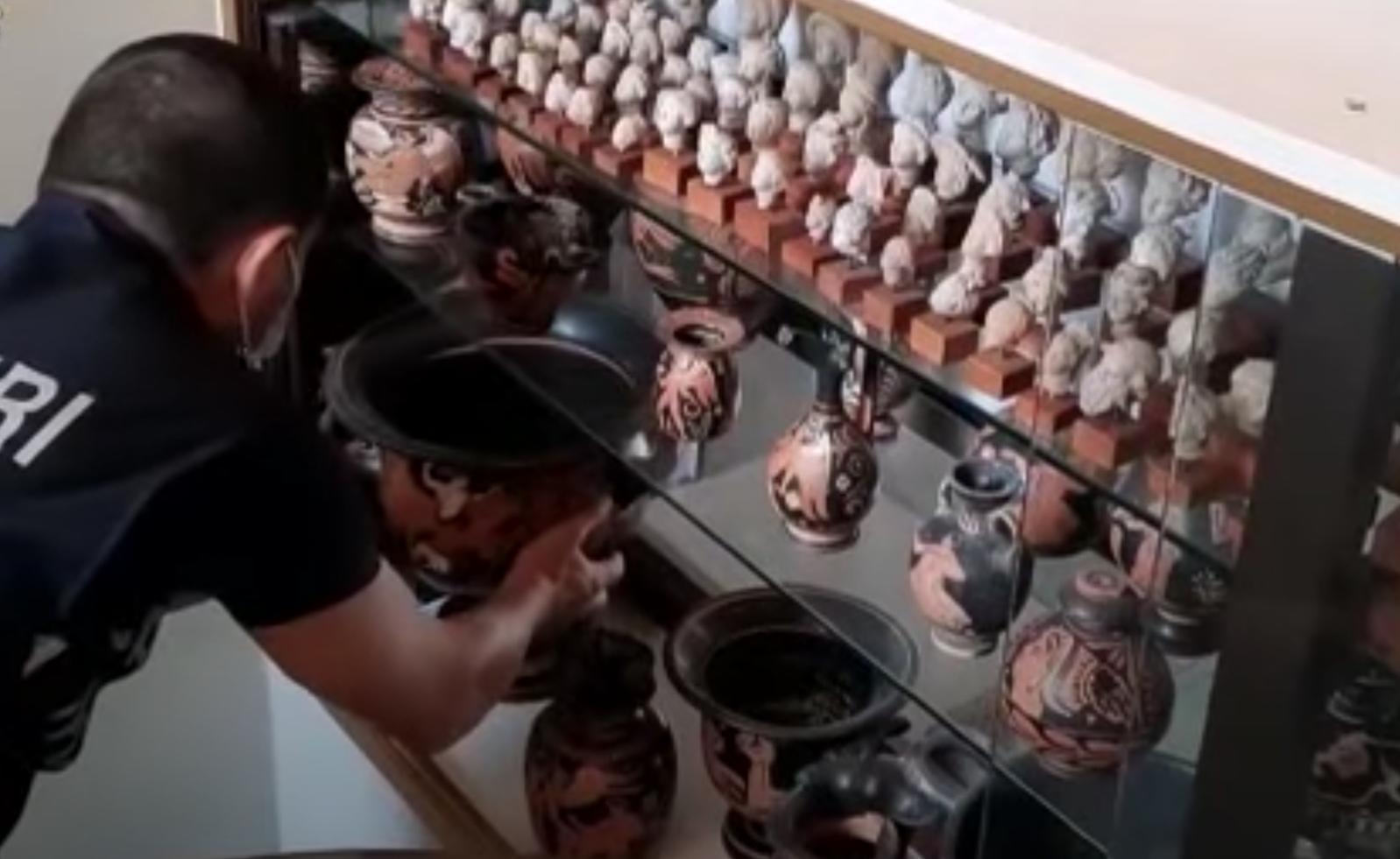 Still from Archaeological collection returned to Italy with Eurojust support.

On June 21, 2021, Italy's Carabinieri TPC published a press release to announce the recovery of 782 historically valuable archeological finds. The items were discovered in the possession of a Belgian collector. This repatriation comes as a result of an international investigation that was launched in 2017.

According to the press release, these objects (which include Apulian red-figure vases, amphorae, black-painted ceramics, clay heads, winged statuettes, and terracotta figures) were determined to be "artifacts of exceptional rarity and inestimable value.” The objects, which are protected by the "code of cultural heritage and landscape," are worth an estimated $13 million (11 million euros) and date back to the sixth to third centuries BC.

Investigators began to look into the wealthy Belgian collector after the identification of a Daunian stele in their possession. The ancient funerary monument, which was found listed in catalogs from the early nineties for exhibitions in Geneva and Paris, was missing a central piece. Officials noticed the missing segment happened to match a fragment remaining in an Italian museum. Once additional investigations revealed the individual might also be in possession of ceramics illegally excavated from an Apulian tomb, the Carabinieri officers applied for a search and seizure warrant. 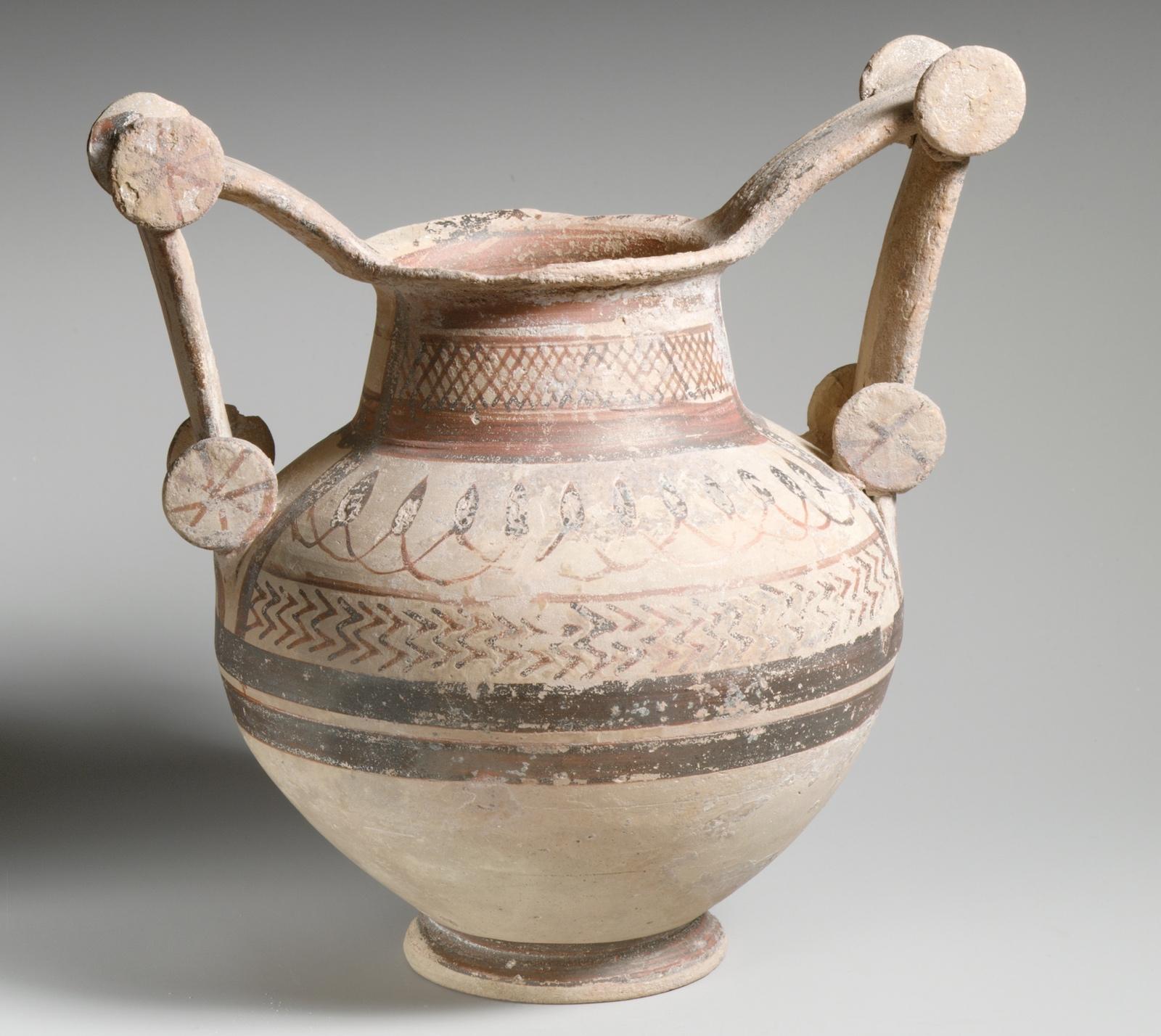 This terracotta trozella (two-handled jar), from late 5th–early 4th century B.C., is similar to many of these recovered artifacts and is from the Apulian region, where the mentioned ceramics were obtained via the illegal excavation of tombs.

In any given year, the Carabinieri art squad will conduct thousands of raids and recover hundreds of thousands of both stolen and counterfeit artifacts. According to a report obtained by National Geographic, raids in 2014 yielded the recovery of approximately 38,000 works of art; 80,000 fossils; and 18,000 ancient artifacts. The years-worth of objects were estimated to be valued at more than $500 million.

Italy is home to several of the world's most heavily looted archeological sites. During the pandemic—which, of course, caused excavations to suddenly halt; threw citizens into economic crisis; and required police to shift focus from guarding objects in sites, churches, and museums to enforcing the COVID-induced lockdown—the country experienced a serious uptick in the looting of artifacts and art.

According to Katie Paul—the co-director of the Antiquities Trafficking and Heritage Anthropology Research (ATHAR) Project—the trading of looted artifacts through Facebook groups also increased notably. In the Spring of 2020, one of the largest groups monitored by the ATHAR Project doubled in size to 300,000 individual members. Experts are now working double time to combat the last year of increased thievery.

Although it is heartening to see these programs return to action and experience success, one can not help but think of all the work left to do in and beyond Italy.

While the country experienced devastating economic and social blows during—and in the years leading up to—the pandemic, the mere existence of the Carabinieri TPC offers a higher chance of recovery than many countries can even dare to imagine. For now, most cases will remain unsolved, artwork missing, and mystery alive.