How Fabergé Eggs Became a Symbol of Easter 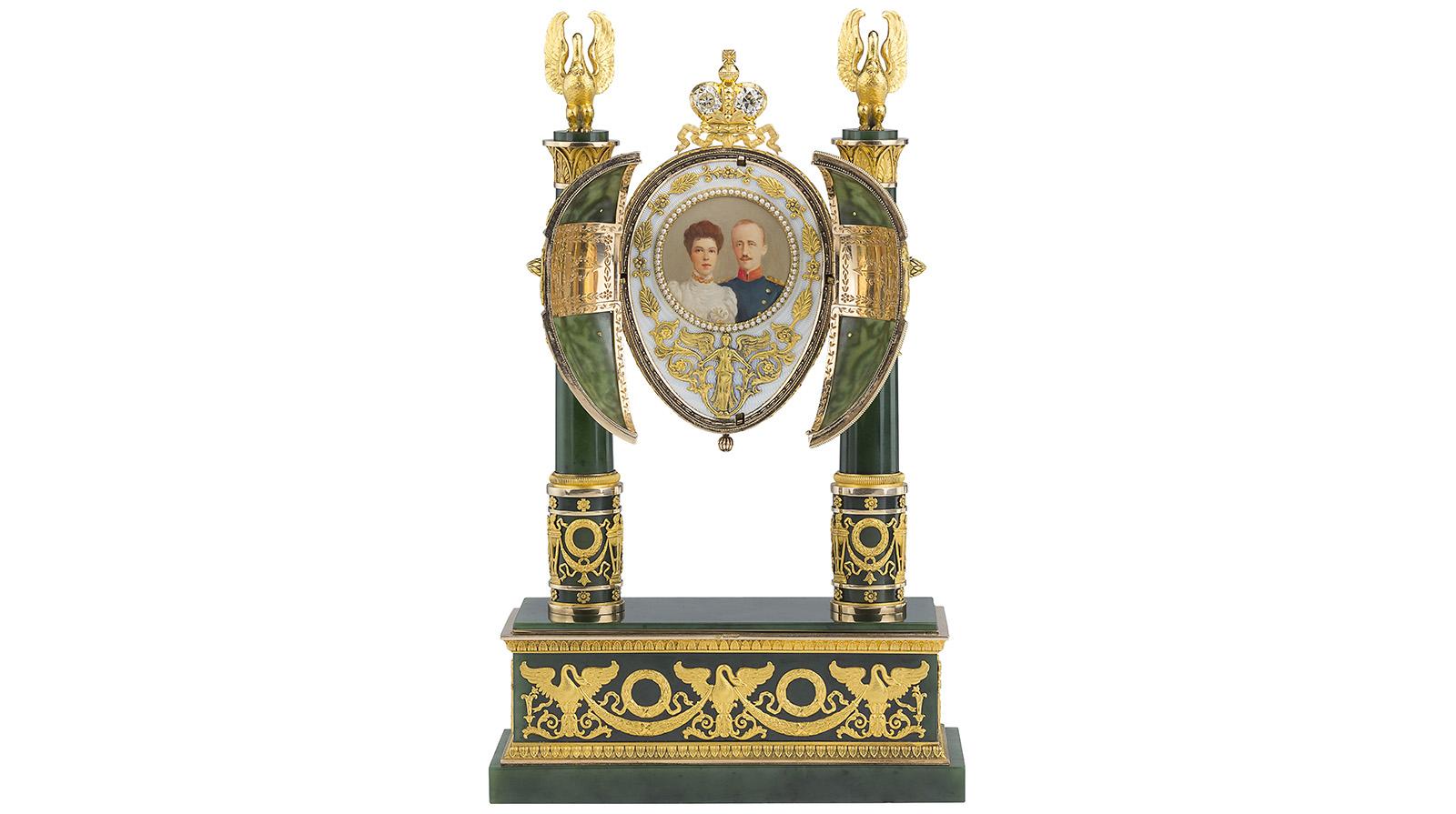 Regardless of our religious beliefs, one cannot ignore the presence of the incredible—sometimes edible, egg—during the Easter holiday. But it's hard not to wonder who hatched the idea that a holiday about the Resurrection of Christ should revolve around an egg? 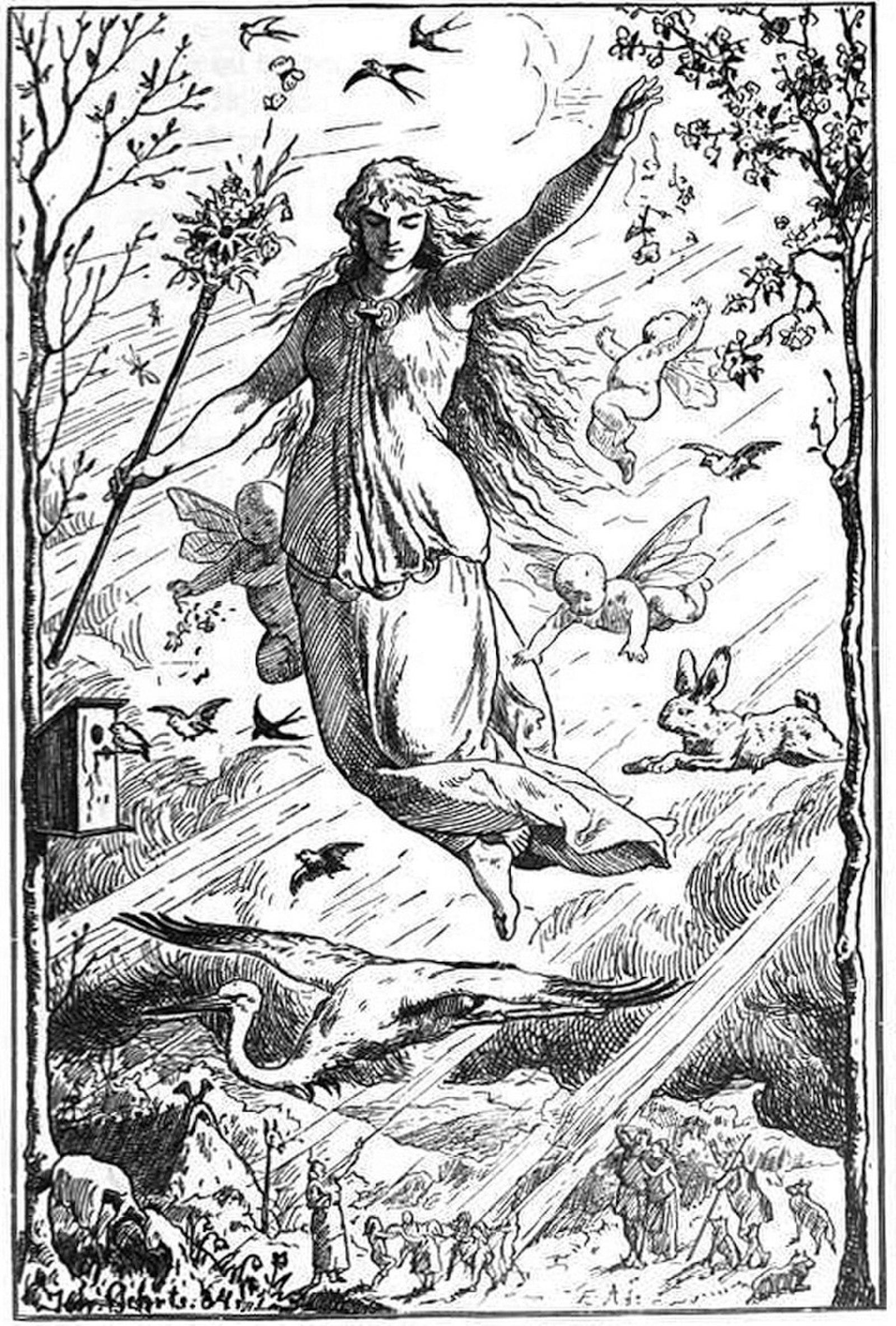 Johannes Gehrts,Ostara, a depiction of the goddess, Eostre,1884.

In fact, many already appreciate that Easter is not as Biblical as it seems. The holiday many celebrate today originally came about as a Pagan festival. The name itself dates back to the 600s AD, and references an English goddess by the name of Eostre. Known for her symbolic connection to Spring and renewal, Eostre became synonymous with Easter.  And the rest, as they say, is history.

The egg or even just the egg-shape found itself “ineggstricably” intertwined with the yearly Easter celebration. The object is, after all, a logical representation of new life and beginnings. But there is a lot of grey in the middle as to why this idea was retrofitted to align with the birth of Christianity—particularly the Resurrection.

While the holiday remains sacred for many today who celebrate the Resurrection, ‘Easter’ marked a significant date for nineteenth-century Russian Orthodox Christians. And it was more than incubating the notion of a symbolic egg. It in fact led to the evolution of a historic work of art.

When the czar Alexander III took the throne shortly after his father’s sudden death in 1881—accompanied by his wife, Maria Feodorovna, he unwittingly began a lavish Easter tradition within the Russian imperial court—the bedazzled egg. Czars gifting decorative eggs to their wives each Easter was not exactly a new ceremony within his family, but it became increasingly complex by 1885 when the czar gifted Feodorovna her first Easter present from Fabergé. 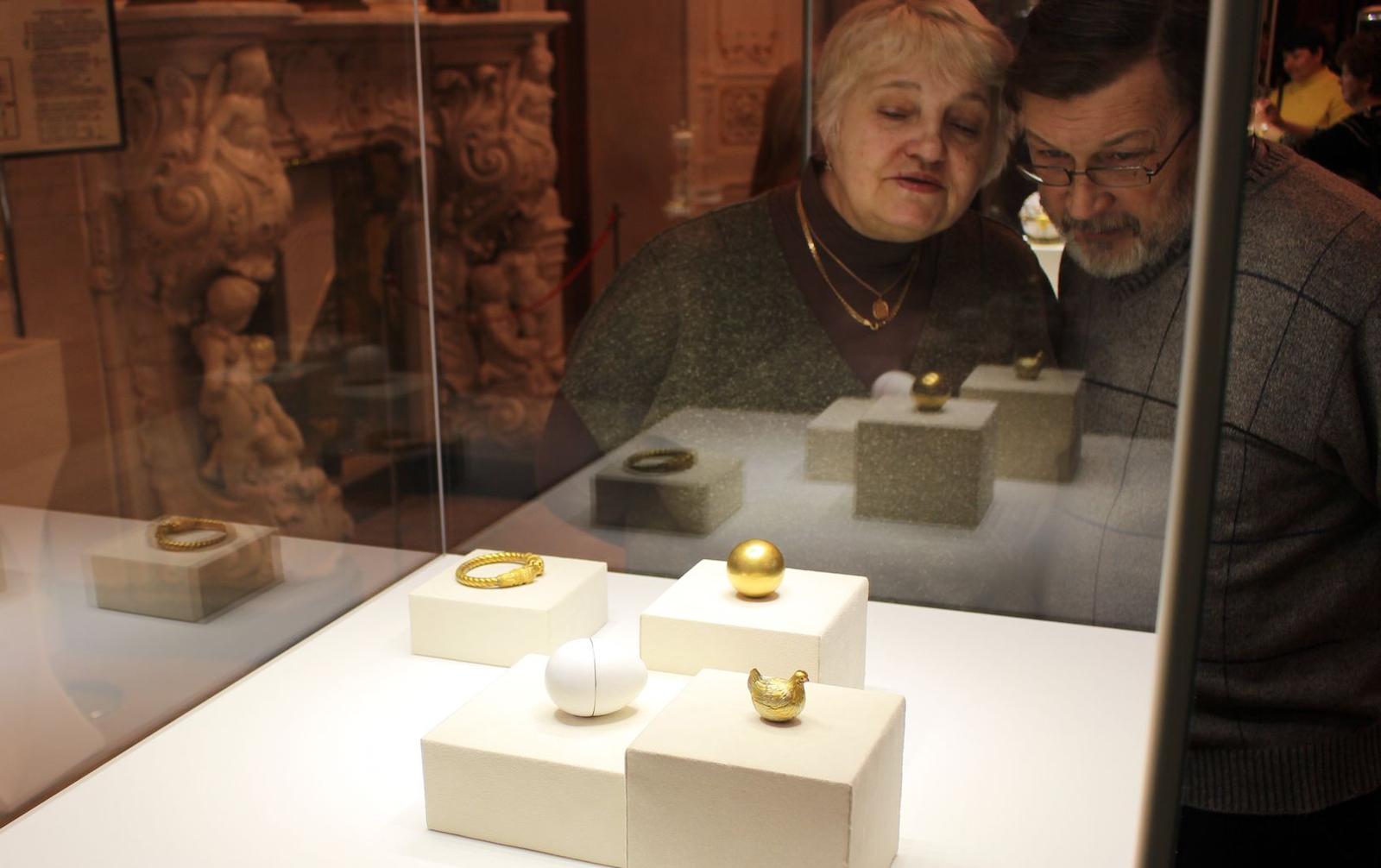 The First Hen was created by Peter Carl Fabergé, a goldsmith and jeweler, at a cost of 4,151 rubles ($2,000 then and $43,000 today). Alexander III and his wife were so intrigued by the simplicity and elegance of the pale egg that they commissioned another egg the very next year. On May 1 of 1885, the court issued an announcement—Carl Fabergé was to be granted the title “Supplier to the Imperial Court” for his extravagant jeweled egg creations.

Fabergé was given a fair amount of creative freedom regarding how each new egg would be crafted. As long as the egg was sculpted by Easter each year, he only needed to follow three elementary guidelines. They were as follows: first, the annual Easter gift must bear the shape of an egg; second, designs should never be duplicated; and third, each egg should carry a “surprise” for the empress (honoring the tradition that each egg was a gift from the czars to their czarinas).

A post shared by Jewelry historian in Rome (@a_pieceofjewelry)

This tradition carried on for decades as the czars would continue gifting Fabergé eggs to their wives and mothers each Easter, making the ceremony an integral part of their religious Spring celebrations. As history displays it, these decorative eggs (along with most of Fabergé’s other creations) were made for women, making it quite the irony that it was not until the twentieth century that the jeweler allowed his female employees to begin crafting various designs. One of the most beautiful creations from this collection was that of a woman. Maria Feodorovna’s Winter Egg of 1913 was originally an idea that stemmed from a female jeweler, Alma Pihl, within the House of Fabergé. 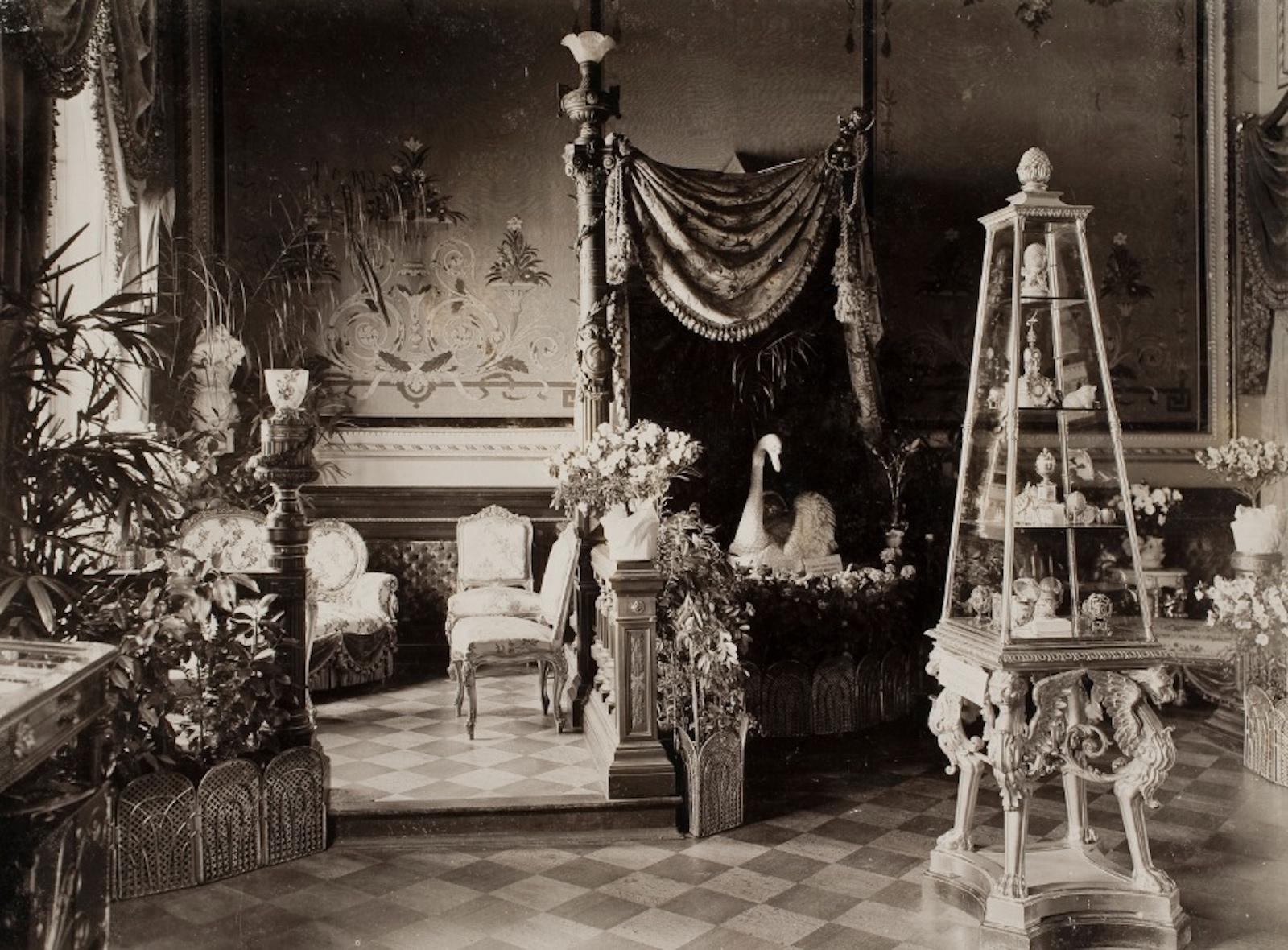 Fast-forward to the present day, it is quite difficult to come across one of these complex, jeweled eggs. There are only fifty-seven left around the world today of the sixty-nine known Fabergé eggs in creation. Ten reside at the Kremlin Armory in Moscow and nine others are at the Fabergé Museum of Saint Petersburg. The rest are beyond Russia, scattered across various countries throughout the world. It seems fortuitous—after all—that we did not put all the eggs in one basket.

Nia Bowers is a freelance writer and native of North Carolina currently residing in Chapel Hill, NC. She is a 2020 graduate of Spelman College in Atlanta, GA with four years of archival experience and a natural bent for all things musical, historical, and literary.