Banksy Thanks Frontline Workers with Tribute 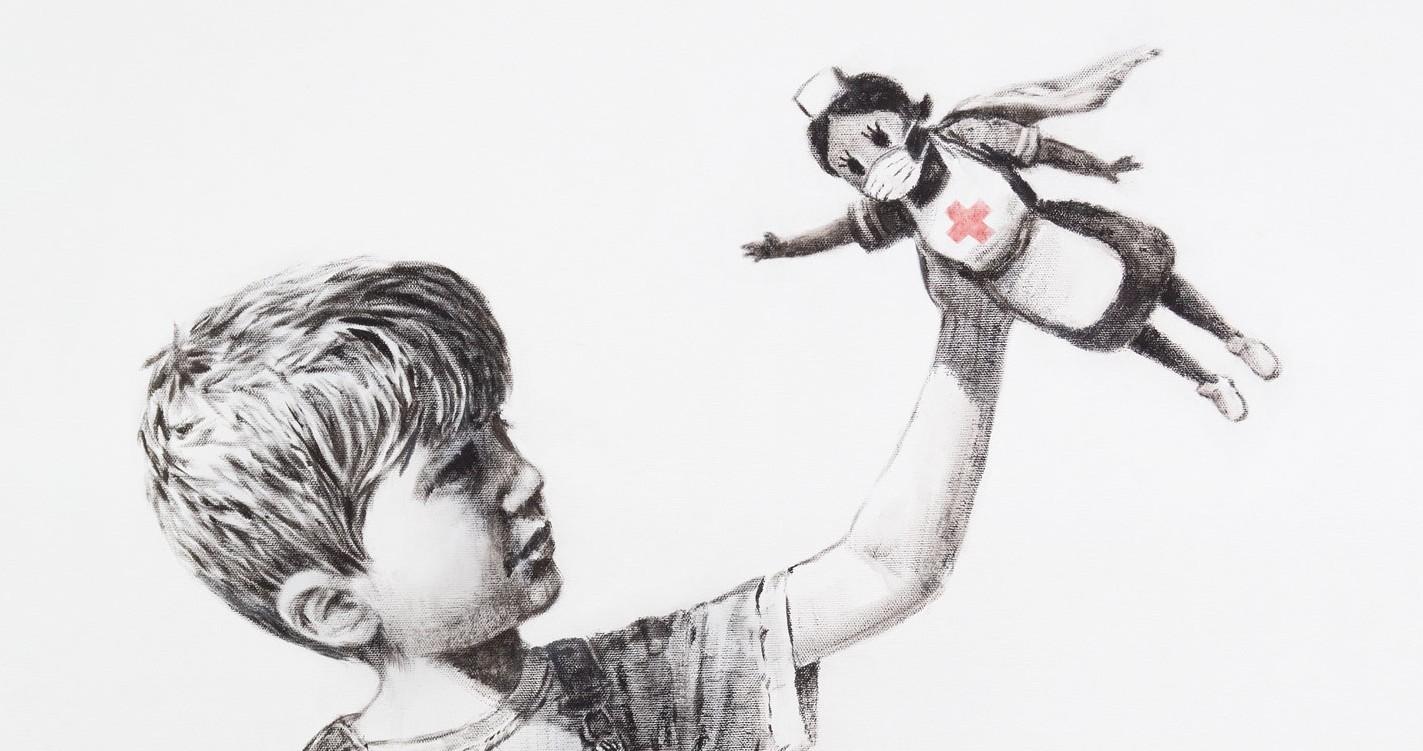 To describe the global effects of COVID-19 as “game-changing” would be putting it lightly. But that’s how famed street artist Banksy is shedding light on one of the more subtle cultural shifts resulting from coronavirus.

In a new work of art, Banksy depicts a young child in overalls at play. Instead of their usual superhero figures, which are cast aside, in their hand is a nurse doll. Soaring above their head with a flapping cape and a red cross emblazoned on their chest, the child has a new superhero, a nurse, and their imaginary games are forever changed. 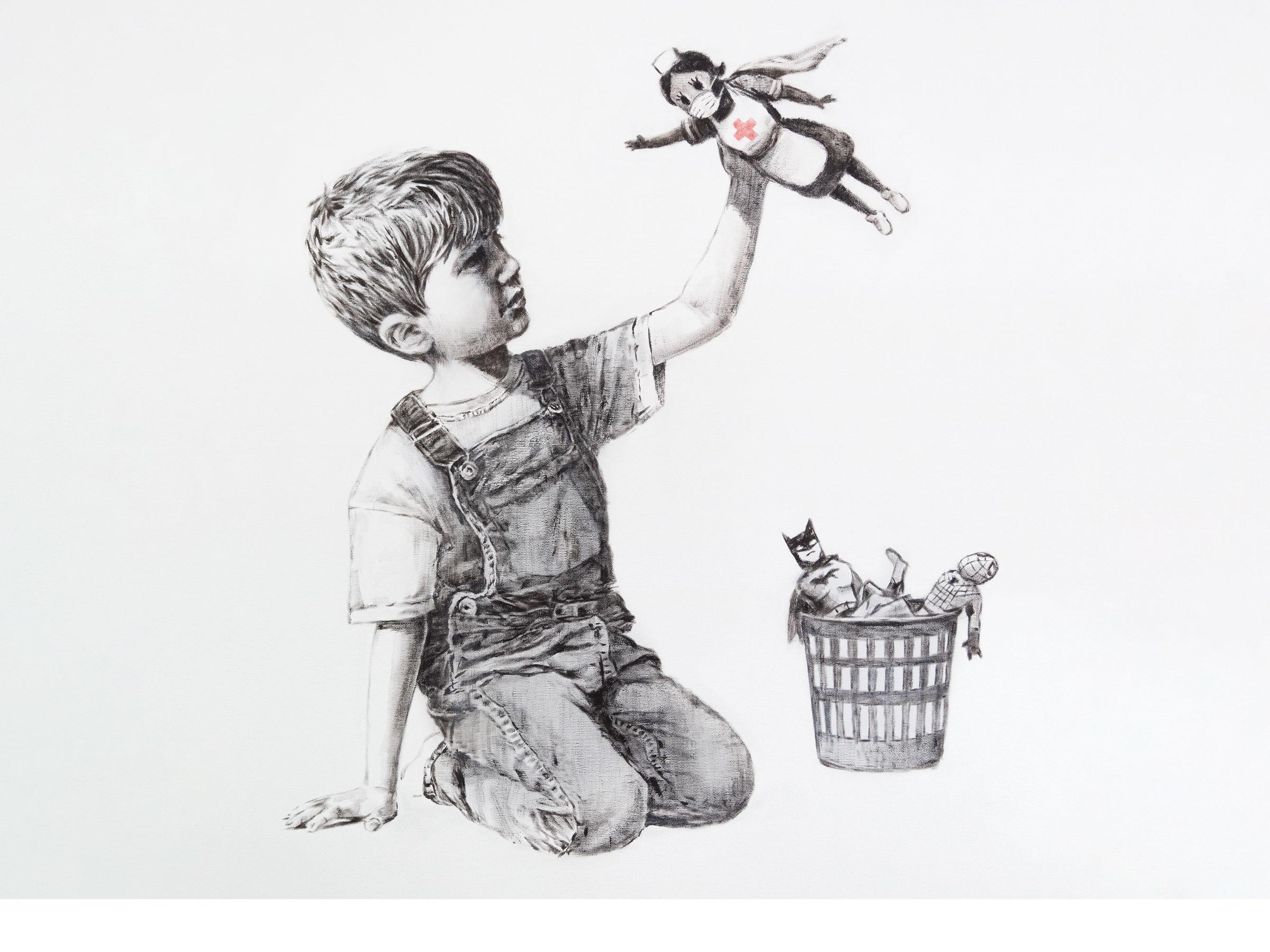 Though much of Banksy’s work relies on dark humor and cultural criticism, this joker clearly has a soft side, too. Instead of his usual guerrilla-style graffiti, this work of art, titled Game Changer, arrived neatly framed at Southampton General Hospital, where it will hang as a reminder for the busy nurses and doctors of how inspirational their work and sacrifice are.

A note from the artist reads: “Thanks for all you’re doing. I hope this brightens the place up a bit, even if it’s only black and white.”

In the future, the piece will be put on public display before being auctioned off to raise money for British National Health Service charities. 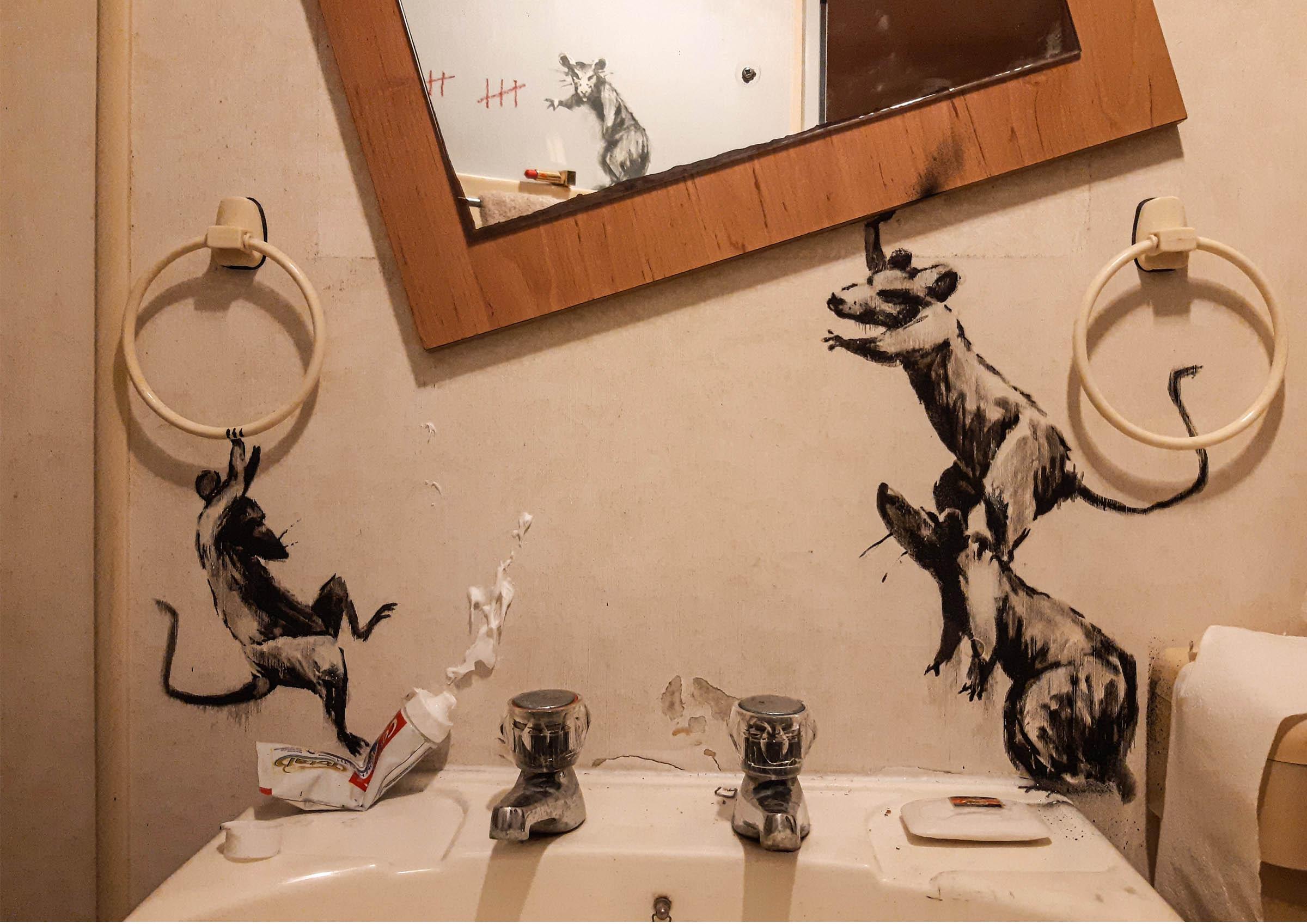 In April, Banksy shared how his quarantine was going with a new work of art, titled My wife hates it when I work from home. In his photos we see rats running rampant through a bathroom, making a mess while tallying the days spent at home on a wall.

Like rats, children are recurring characters in Banksy’s works. While rats may be nefarious characters or average joes, children often represent innocence lost, illustrating the unintended negative consequences of our cultural ails.

Banksy’s Christmas mural from 2018 shows a child catching snowflakes on their tongue, unaware that the snowflakes are actually ashes falling from a nearby dumpster fire. Game Changer offers a more hopeful message, one where a child, and the world, are changed for the better through the selfless service of essential workers and our admiration for them.