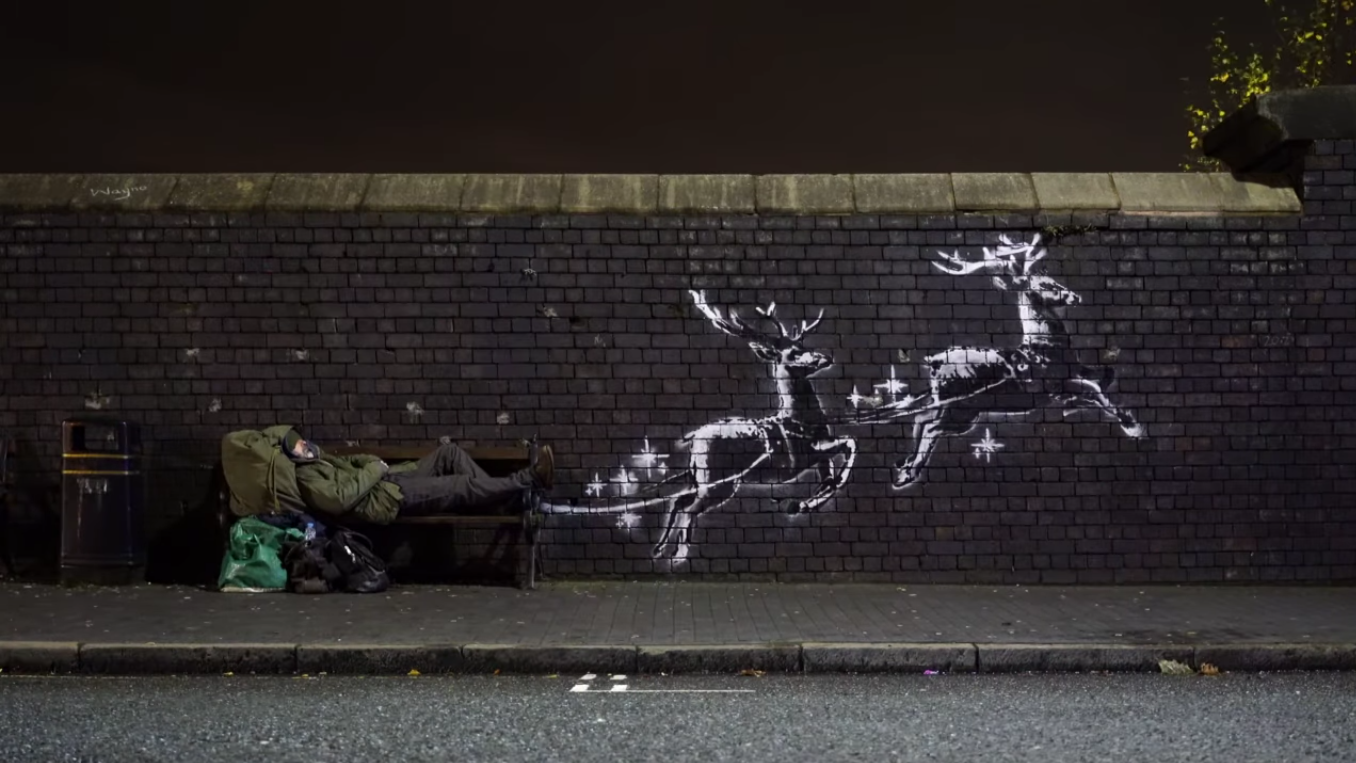 Banksy surprised residents of Birmingham this week with the kind of Christmas card only he could send—a touching new piece of street art. After speculation that the work was his, yesterday the elusive artist posted a video to his Instagram account showing the new work. In it, a homeless man settles in with his belongings to rest on a park bench beside a busy road. As the video pans out, we see that the artist has painted reindeer in flight to the right of the bench. Suddenly the old man’s white beard and bulging bags take on new meaning, as Santa and his sleigh are conjured.

With “I’ll Be Home for Christmas” playing in the background, we’re reminded of those who will be out in the cold this holiday season instead of enjoying the warmth and coziness of this festive time. The mural and its accompanying video are a poignant reminder that this season’s abundance leaves many behind.

. God bless Birmingham. In the 20 minutes we filmed Ryan on this bench passers-by gave him a hot drink, two chocolate bars and a lighter - without him ever asking for anything.

Wealth disparity and the pitfalls of capitalism have long been favorite themes for Banksy, who has mastered the art of the biting visual pun. Banksy has mocked British Royalty, pop culture icons, the police state, and nearly any other form of authority you can think of. Through his work, he brings attention to a range of political issues, including world poverty, environmental destruction, Palestine, and racism. His chosen art form itself is a jab at the established art world and its market. Though he and others have made massive profits off of his work, graffiti art in public places often means he gives away his work for free.

This is the second time Banksy has sent a holiday message into the world. Last December, Banksy debuted a new piece, titled Season’s Greetings. What at first appears to capture the innocent moment of a child catching snowflakes on their tongue is revealed to be something slightly more sinister. Around the corner from the child sits a burning dumpster, whose ashes float through the air, falling on the child, who doesn’t know the true source of the “snow.” Installed in Port Talbot, Wales, home to the largest steel plant in the UK, Season’s Greetings references a fact of life in the city: the black dust expelled by the factory often blankets the town. In Banksy’s video of the piece, a bird’s eye view shows the factory and its smokestacks looming in the background.

The overnight appearance of a Banksy work is a delight to his fans, but the blessing can also be a curse to property owners. Works like Season’s Greetings can draw massive crowds. Last year, a metal barrier, plexiglass, and eventually police had to be installed to protect the work. While some have been able to sell their walls at a profit, others have found their sudden ownership of a valuable work of art to be a burden. Earlier this year, a 2017 Banksy mural depicting a worker chiseling away at the flag of the European Union was painted over. The mural, a commentary on Brexit which drew crowds to Dover, proved a burden for the owner to preserve and he opted to simply remove it. 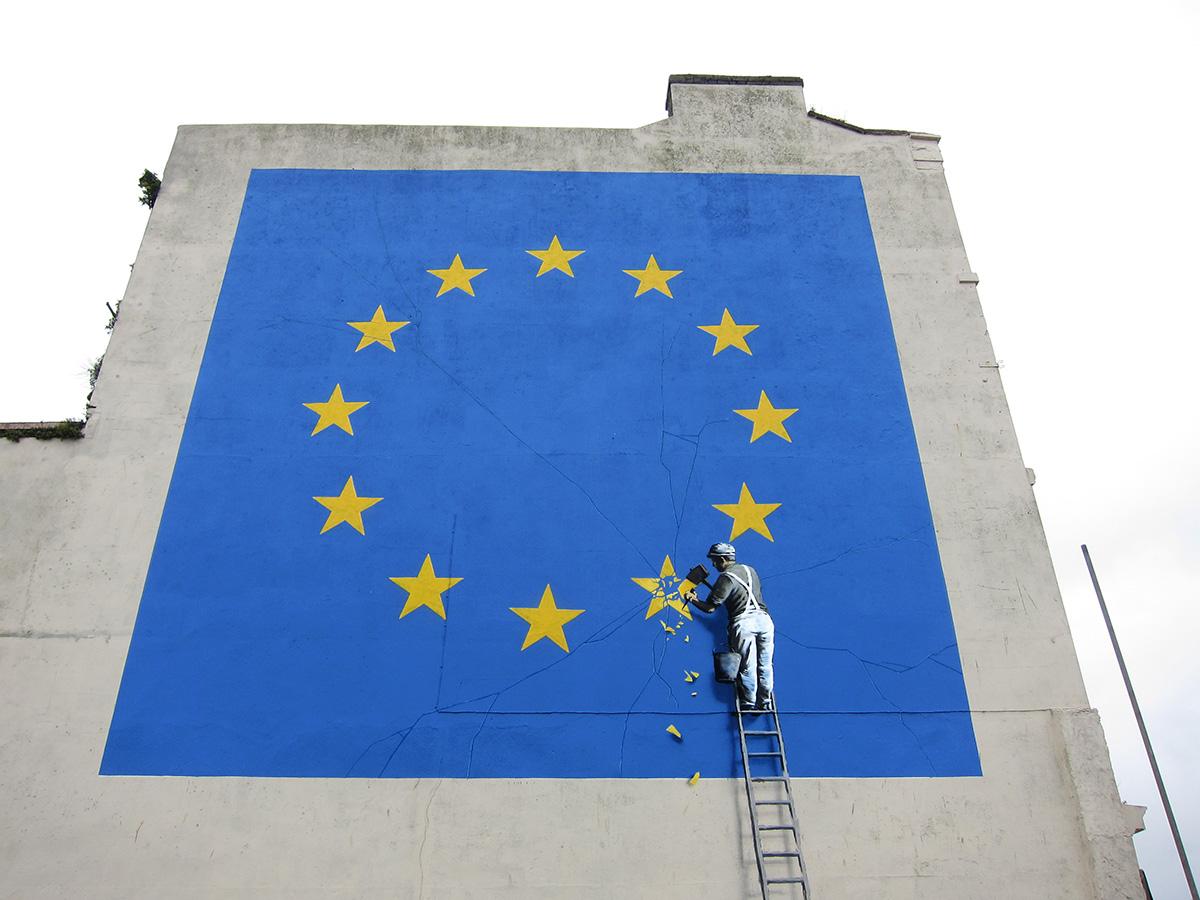 The ephemeral nature of his work is part of what makes Banksy’s art so appealing (and so valuable). His skill at using this fleeting medium to make powerful statements is unparalleled. Here’s to hoping that this year’s message inspires generosity towards those in need this holiday season.