Bill Traylor is a titan of American self-taught art. Born into slavery, he only began creating in 1939, ten years before he died at the age of 95. While he gained some recognition during his lifetime, his reputation climbed slowly and steadily in the decades that followed. By 1985, when director Steven Spielberg readied to release the film The Color Purple, Traylor’s work was prominent enough to make for a thoughtful gift to Alice Walker, author of the book the film was based upon.

On January 17, that Traylor work headlined Christie’s Outsider Art sale, bearing an estimate of $200,000 to $400,000. Cara Zimmerman, head of sale for outsider art at Christie’s, enjoyed a great surprise when she removed the work from its frame and discovered it was double-sided. Evidently, the gallery that framed it and sold it to Spielberg chose to showcase the side now titled Man on White, Woman on Red. The long-concealed work bears a similarly straightforward, descriptive name: Man with Black Dog. 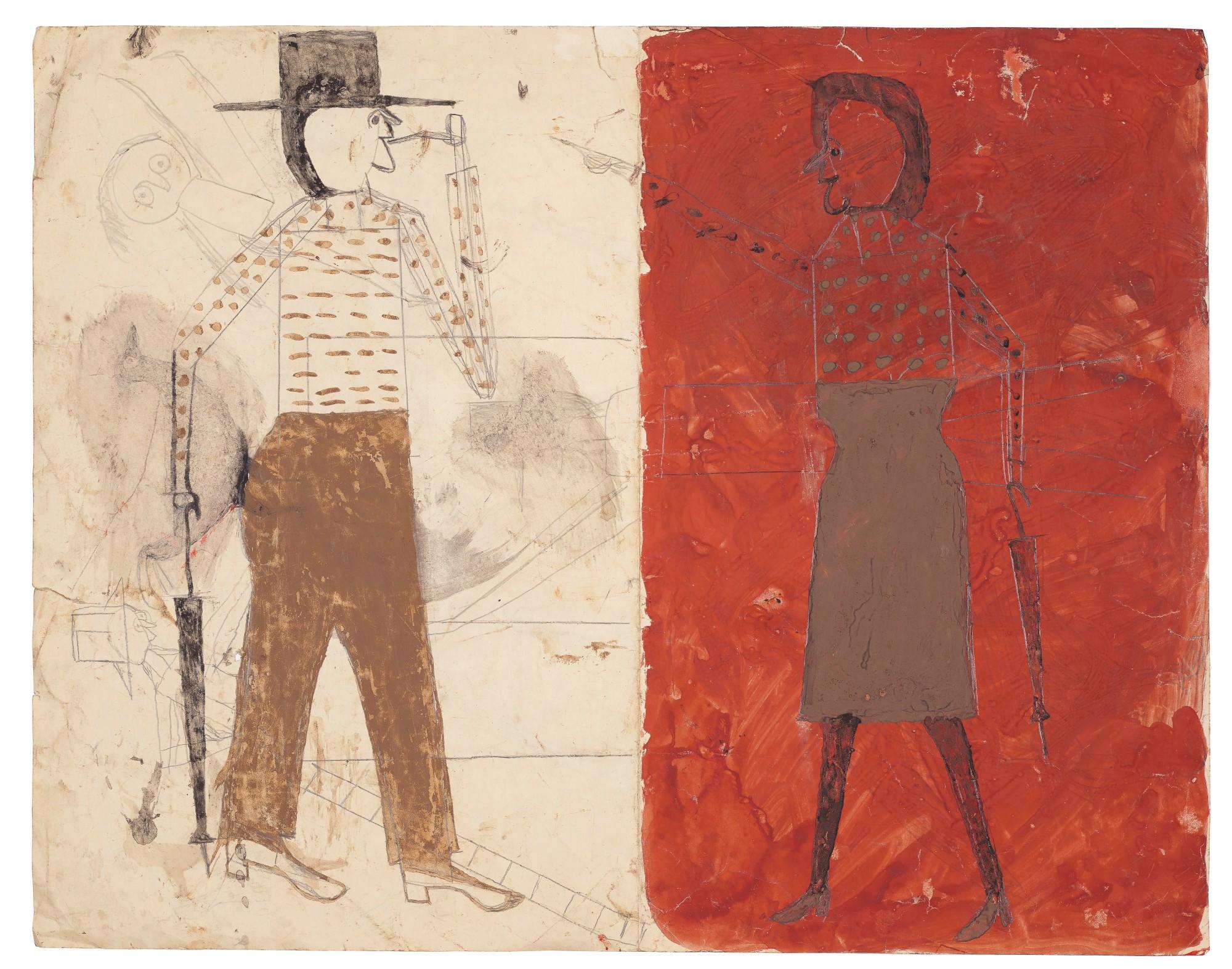 “The reason we discovered it was due diligence. You can get important information from the reverse [of a Traylor work]. I hoped it would be an interesting note from Charles Shannon,” Zimmerman says, citing the man credited with discovering Traylor. “But I got a dynamic second image on the back. I couldn’t have been happier. It’s very exciting. It’s an absolute dream to unframe a piece and find an equally spectacular piece on the reverse.”

Traylor was reasonably prolific for an artist who started late in life. He produced more than 1,000 works, and few are double-sided. Man on White, Woman on Red / Man with Black Dog might be the first fully realized double-sided Traylor to go to auction; his top ten auction results belong to single-sided pieces. 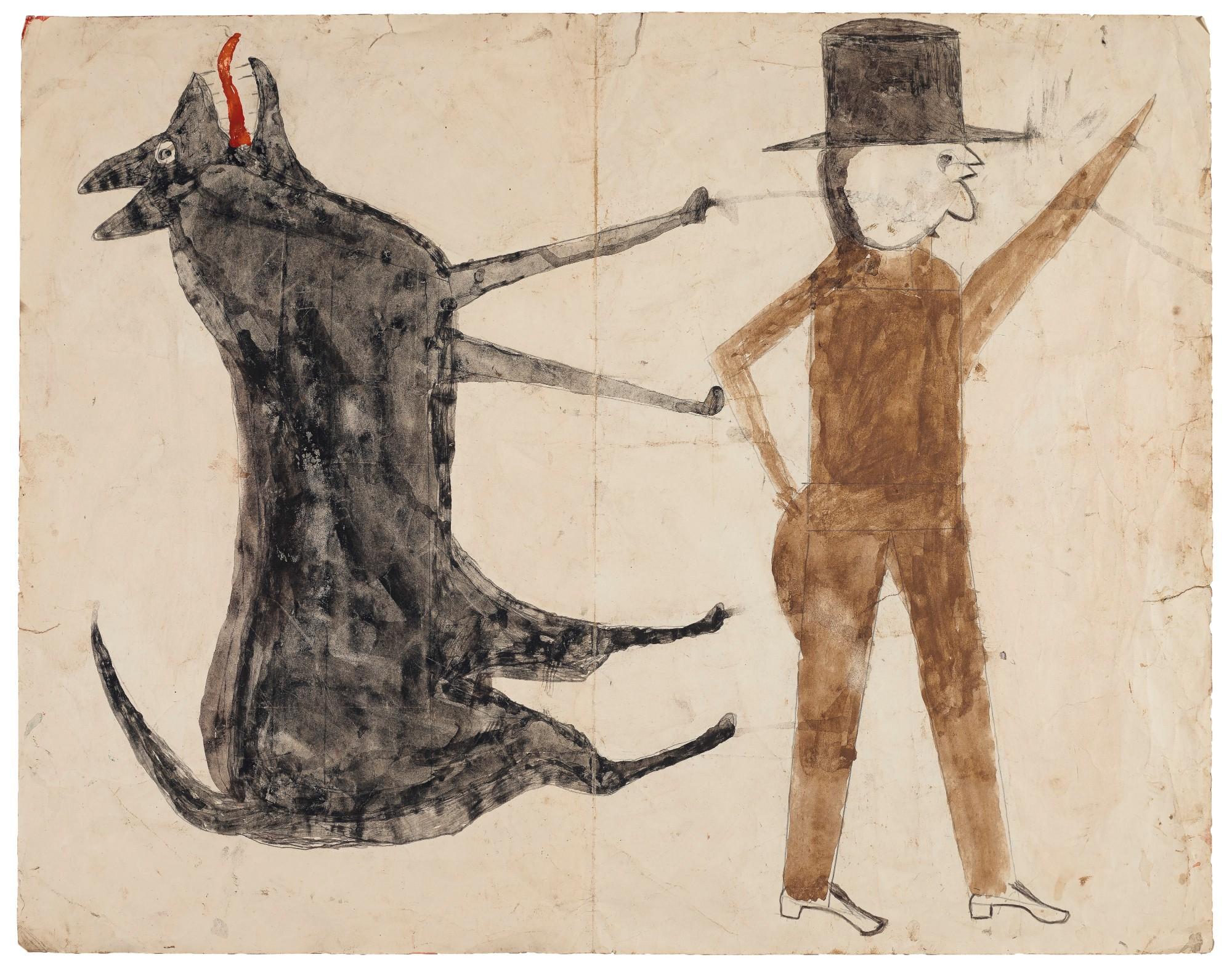 Measuring 18 7/8 by 24 inches, the double-sided work is considered large-scale for Traylor, and it might show him making the most of a rare opportunity to fill both sides of a blank sheet of paper. “Usually, he worked on card. Most of the time, his single-sided works are on the back of advertisements or posters,” Zimmerman says. “I think what we’re seeing here is him enjoying and using his materials to great effect, and taking full advantage of them.”

Zimmerman had high hopes for the work at auction: “One of the things I love about outsider art in general, and Traylor, is that they’re artist’s artists. Often, many of these artworks survive because artists find something in them and love them. An artist, in the form of Charles Shannon, saved it. Steven Spielberg, another artist, gave it to another artist, Alice Walker. One brilliant, creative mind after another loved this object, and that will help it.”