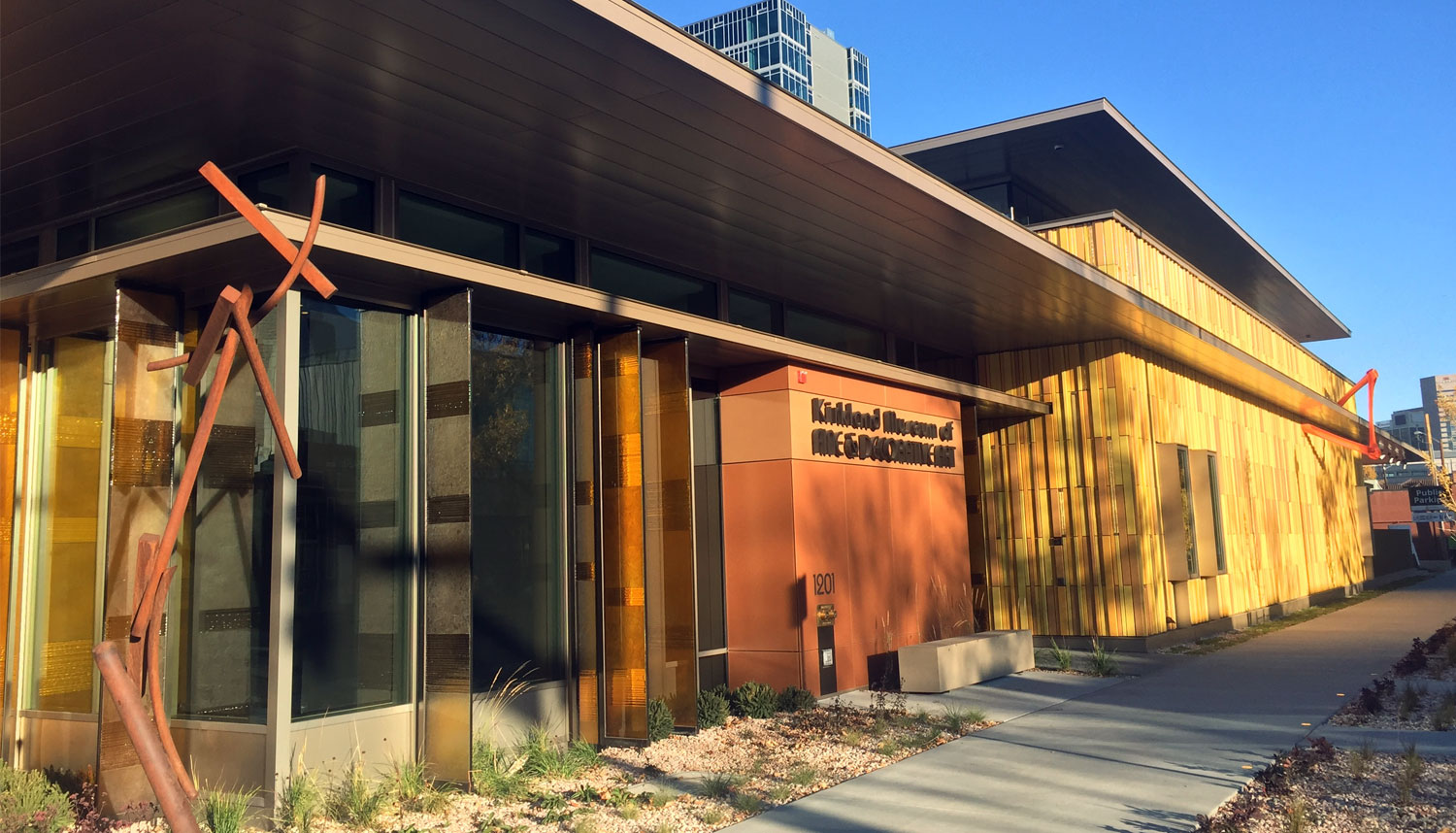 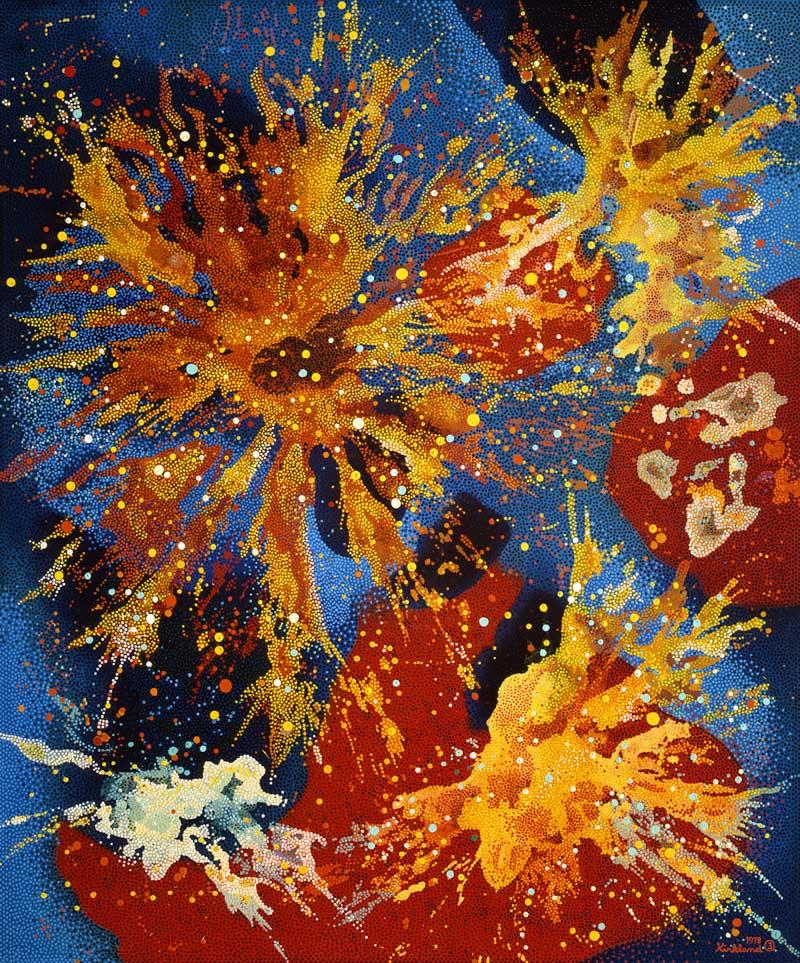 “While the layout and elevations of the building are calm and simple, the materials cladding the exterior are full of energy. … The façade will sparkle in the Colorado sunshine like a Kirkland painting.”

Seattle-based architect Jim Olson, who designed Denver’s Kirkland Museum of Fine & Decorative Art, fondly refers to the building as a jewel box. Inside and out, the museum that opened to the public on March 10, 2018, is undoubtedly a treasure, the gilded vision of founder and curator Hugh Grant and Merle Chambers, his former wife.

Even before entering the museum at 1201 Bannock Street, visitors get a sense of the extraordinary quality of the 38,500 square foot museum built at a cost of $22 million with a land purchase of $7.7 million. The Kirkland offers passers-by representative views of objects d’art displayed in exterior-mounted glass showcases.

In his architect’s statement, Olson wrote, “While the layout and elevations of the building are calm and simple, the materials cladding the exterior are full of energy. The main element of the building will be a large yellow box clad with vibrant terra cotta bars of varying shades of yellow. These bars will be punctuated by glass backed in gold. The façade will sparkle in the Colorado sunshine like a Kirkland painting.”

The museum’s namesake, Vance Kirkland, was an American artist who lived from 1904–1981, and arguably ranks as Colorado’s most celebrated painter. The museum spotlights Kirkland’s five major periods: Designed Realism, Surrealism, Hard Edge Abstraction/Abstractions from Nature, Abstract Expressionism, and the Dot Paintings for which the artist is most well known. Kirkland was also an avid collector of decorative arts, which rounds out the museum’s collection.

“The museum building by itself is sublime,” said BJ Dyer, a Denver florist who owns Bouquets and served on the planning team for the Kirkland’s gala. “It's minimalist without being stark. The building acknowledges the pedestrian view, as well as the scenic view of the structure. The collection it will hold is amazing. The combination of the two creates a magic synergy.”

In addition to the showy façade, the museum exterior also reveals a more humble Arts & Crafts structure from 1910-1911 — the building that served as Vance Kirkland’s art school, painting studio, and eventually his namesake museum. For historic and sentimental reasons, the Kirkland relocated the building.

“We would not have moved the museum if it were not possible to take the studio along,” said Maya D. Wright, the Kirkland’s historian. “Watching a three-room brick building roll down the street on remote-controlled articulated wheels was one of the most memorable days of my career.”

Relocating the building, which was the brainchild of Chambers, allowed the museum to maintain its membership to Historic Artists’ Homes and Studios, a program of the National Trust for Historic Preservation. 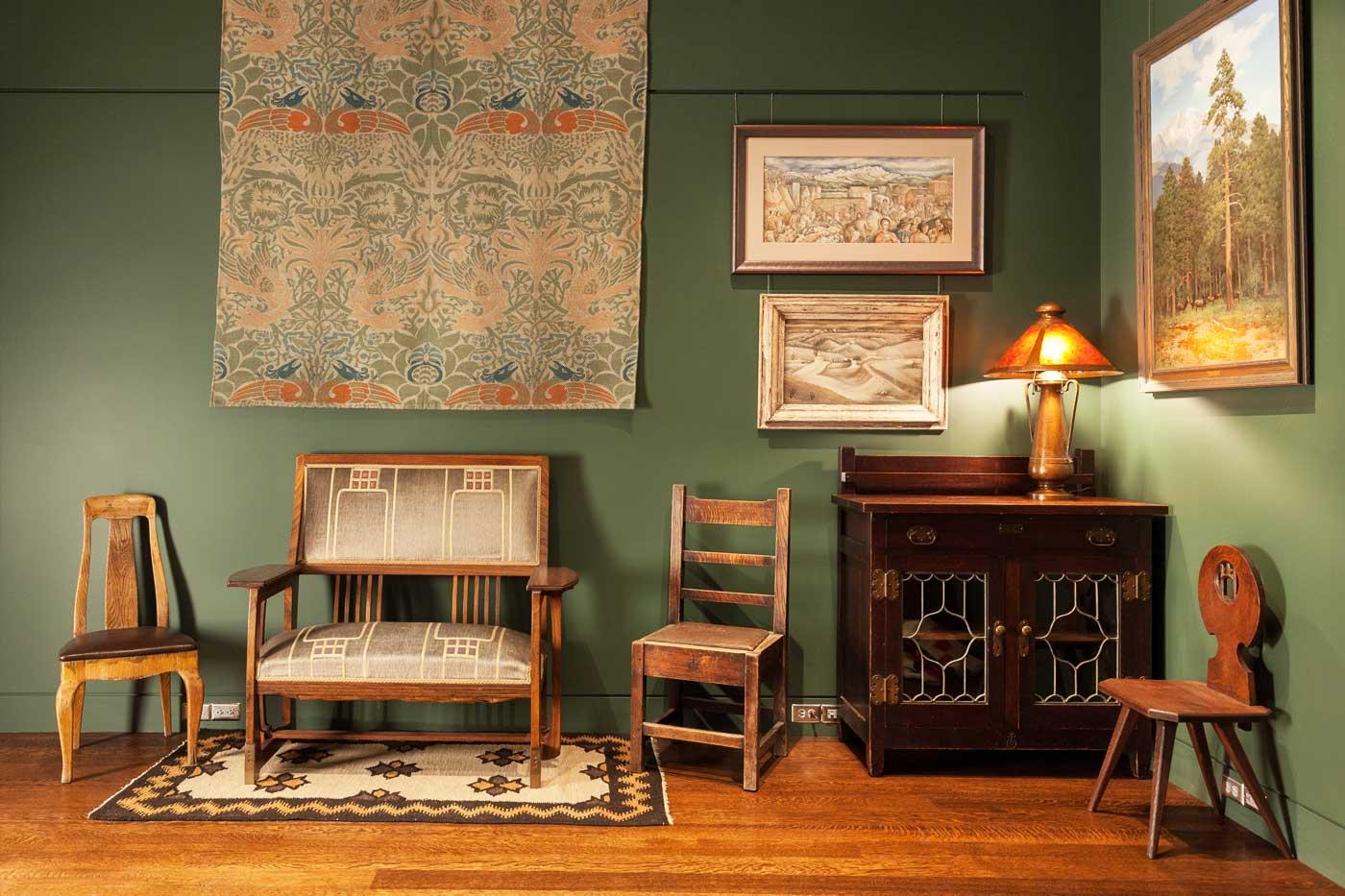 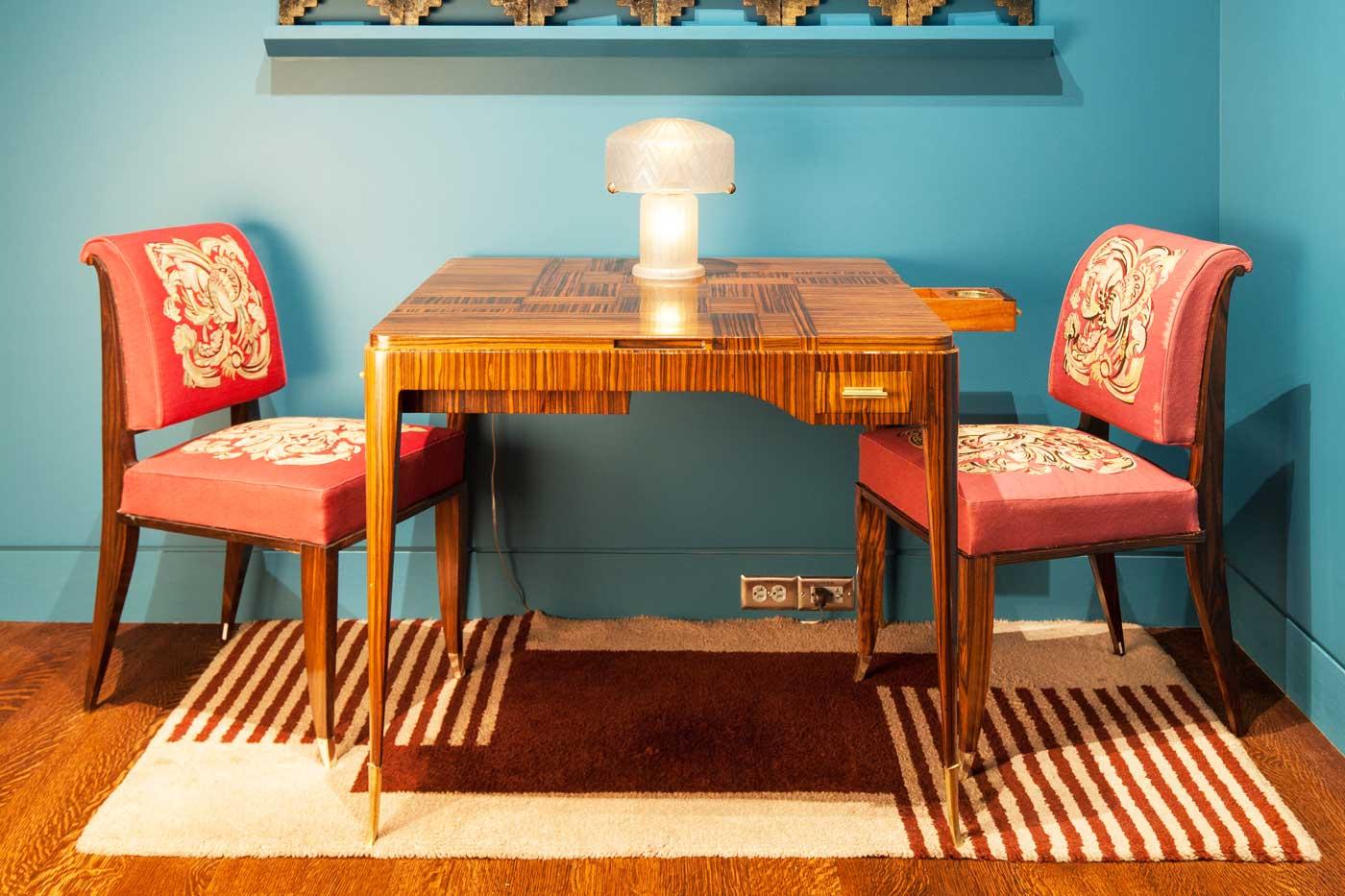 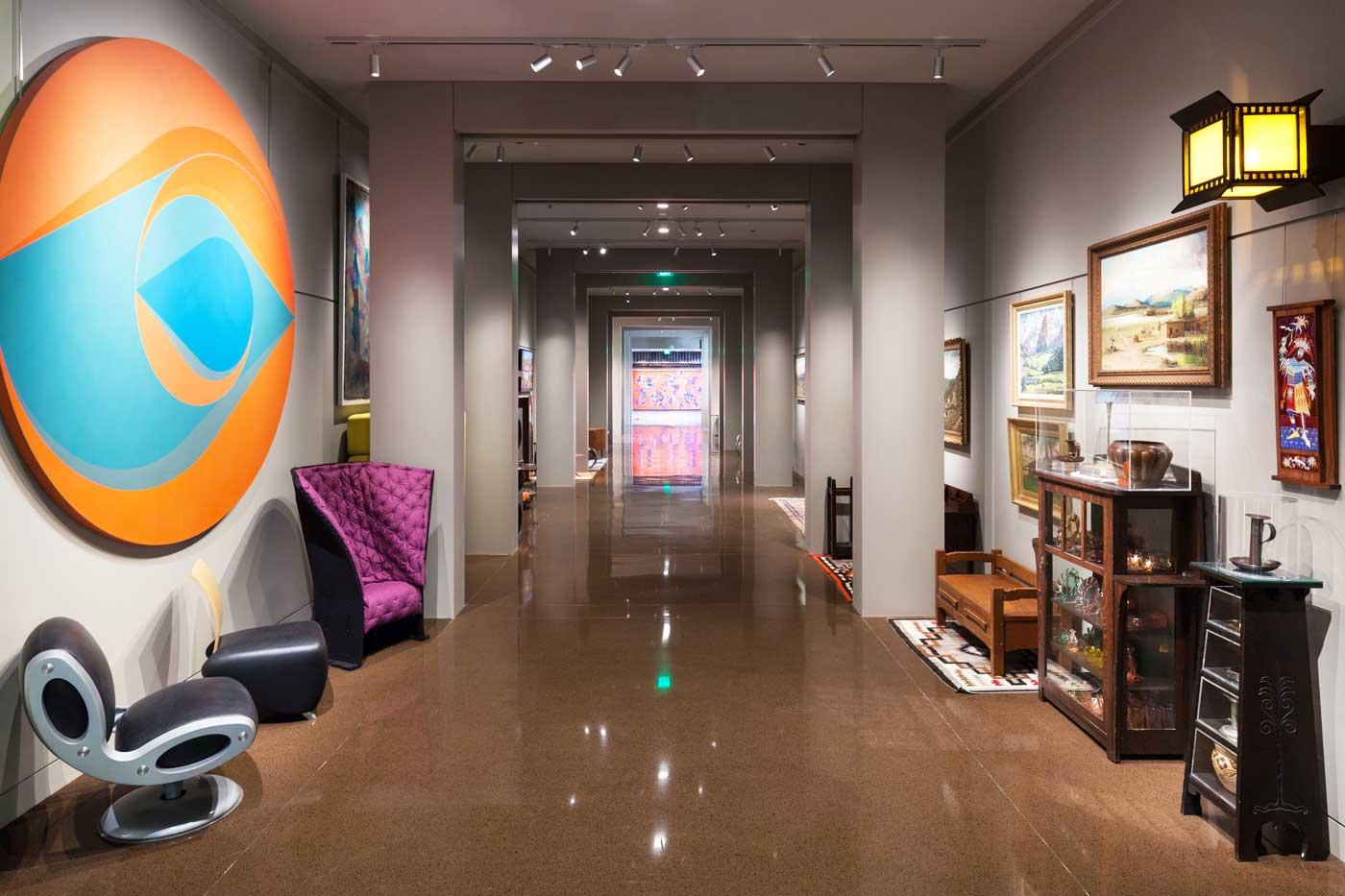 View of Kirkland Museum’s central Promenade Gallery designed by Jim Olson, with a view at the end of a Vance Kirkland painting on the wall of Kirkland’s studio & art school building. A Postmodern Vignette (left) and Arts & Crafts Vignette (right) are also visible with paintings by Colorado artists. 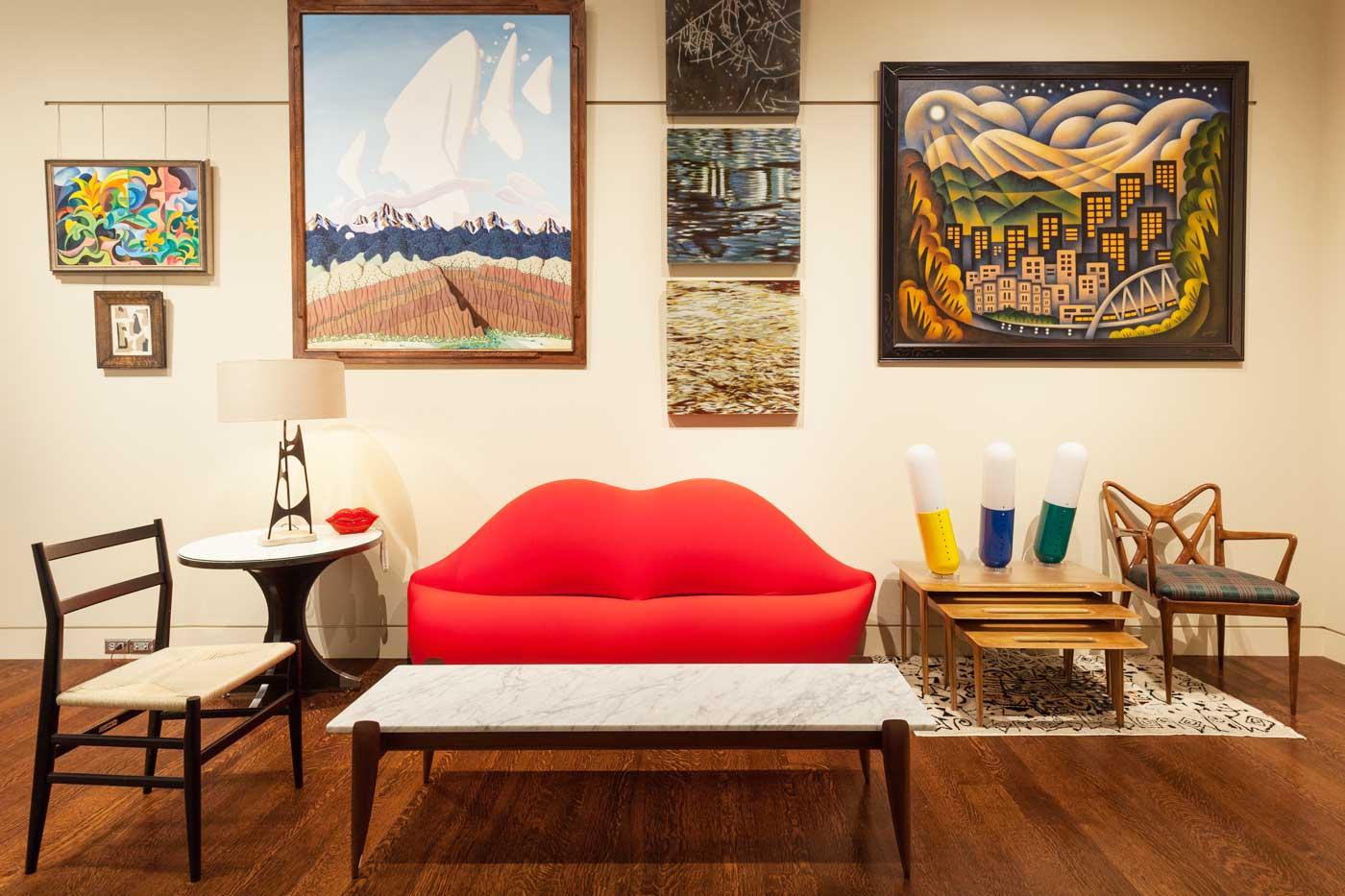 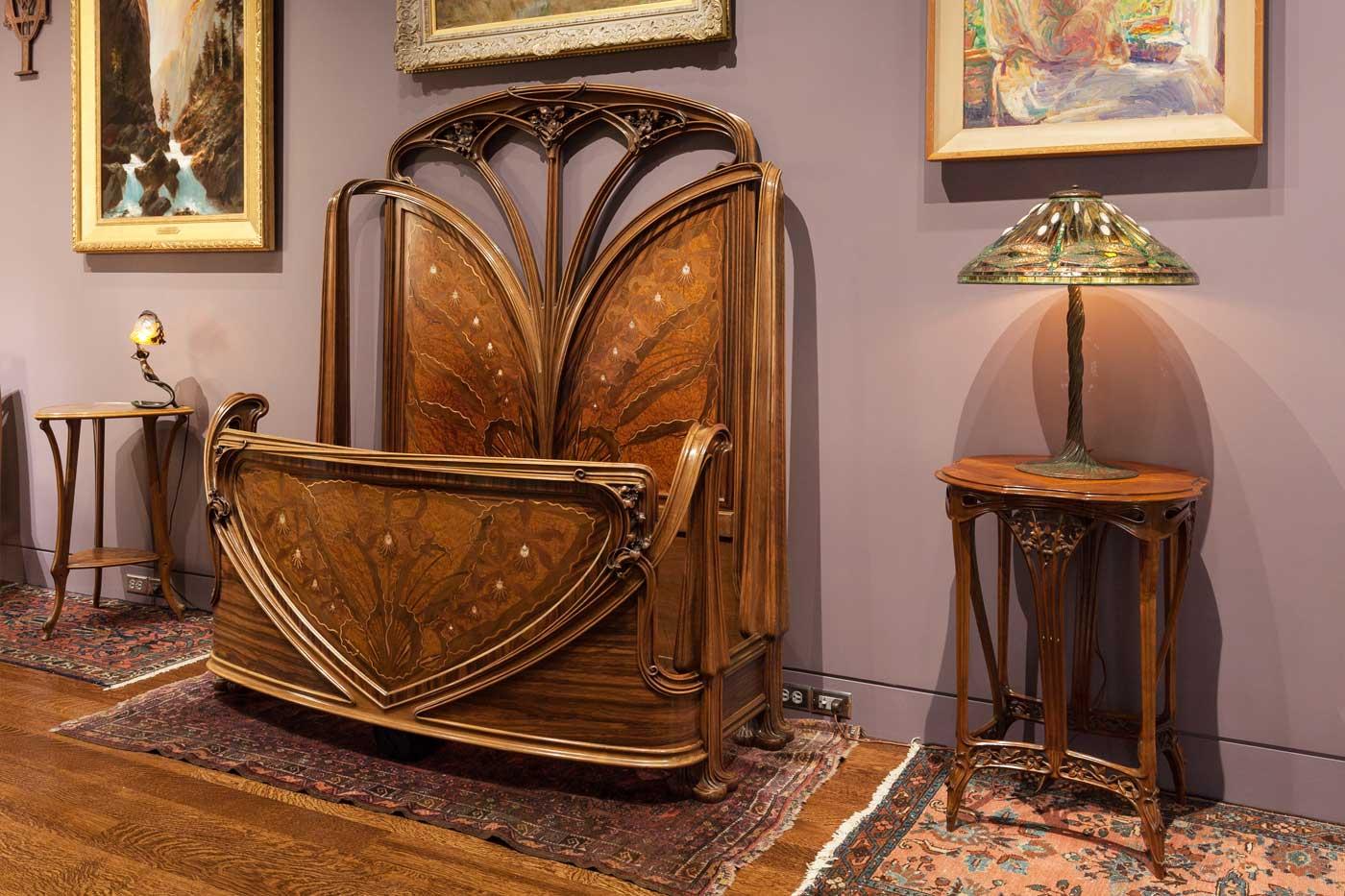 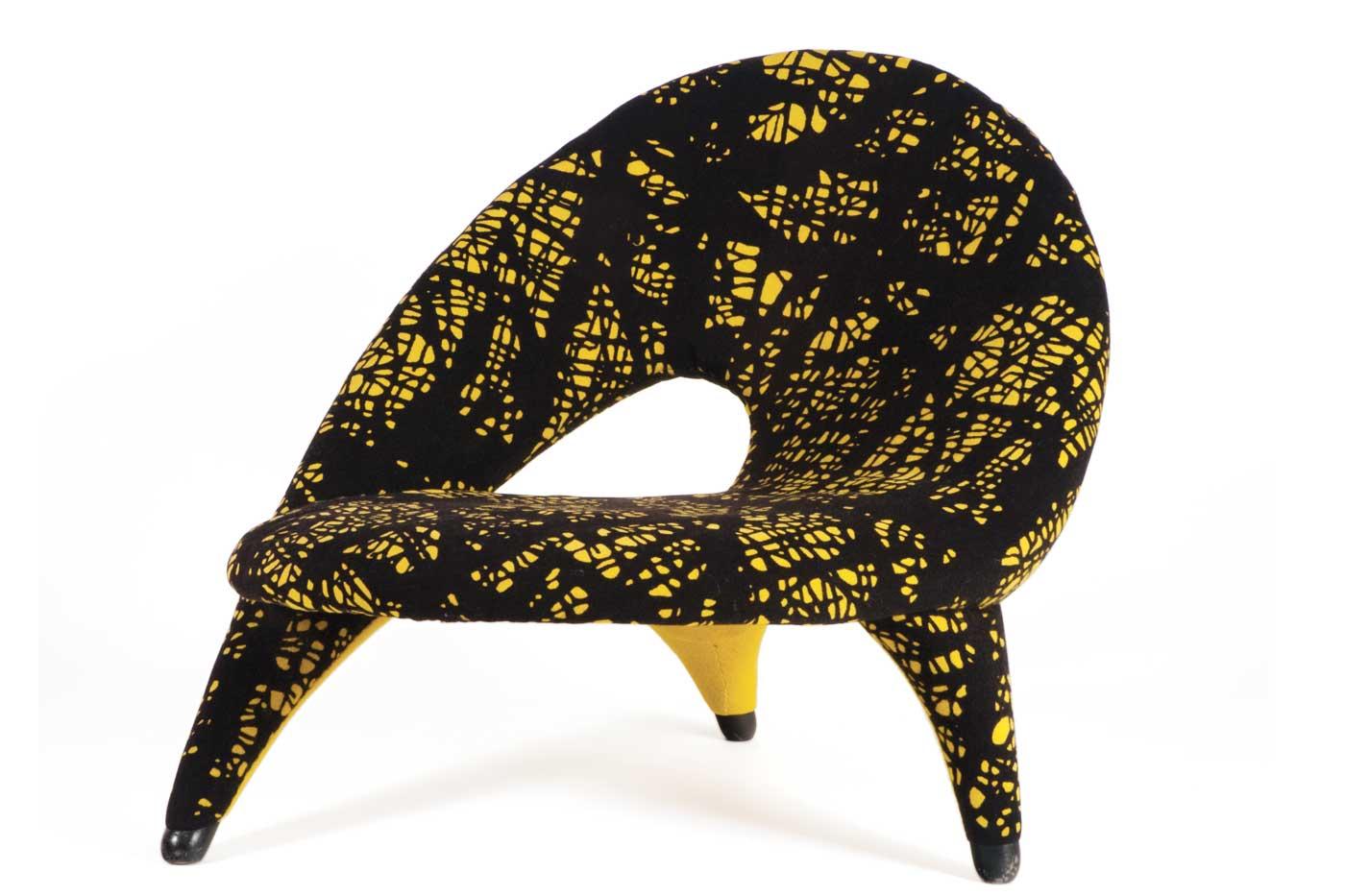 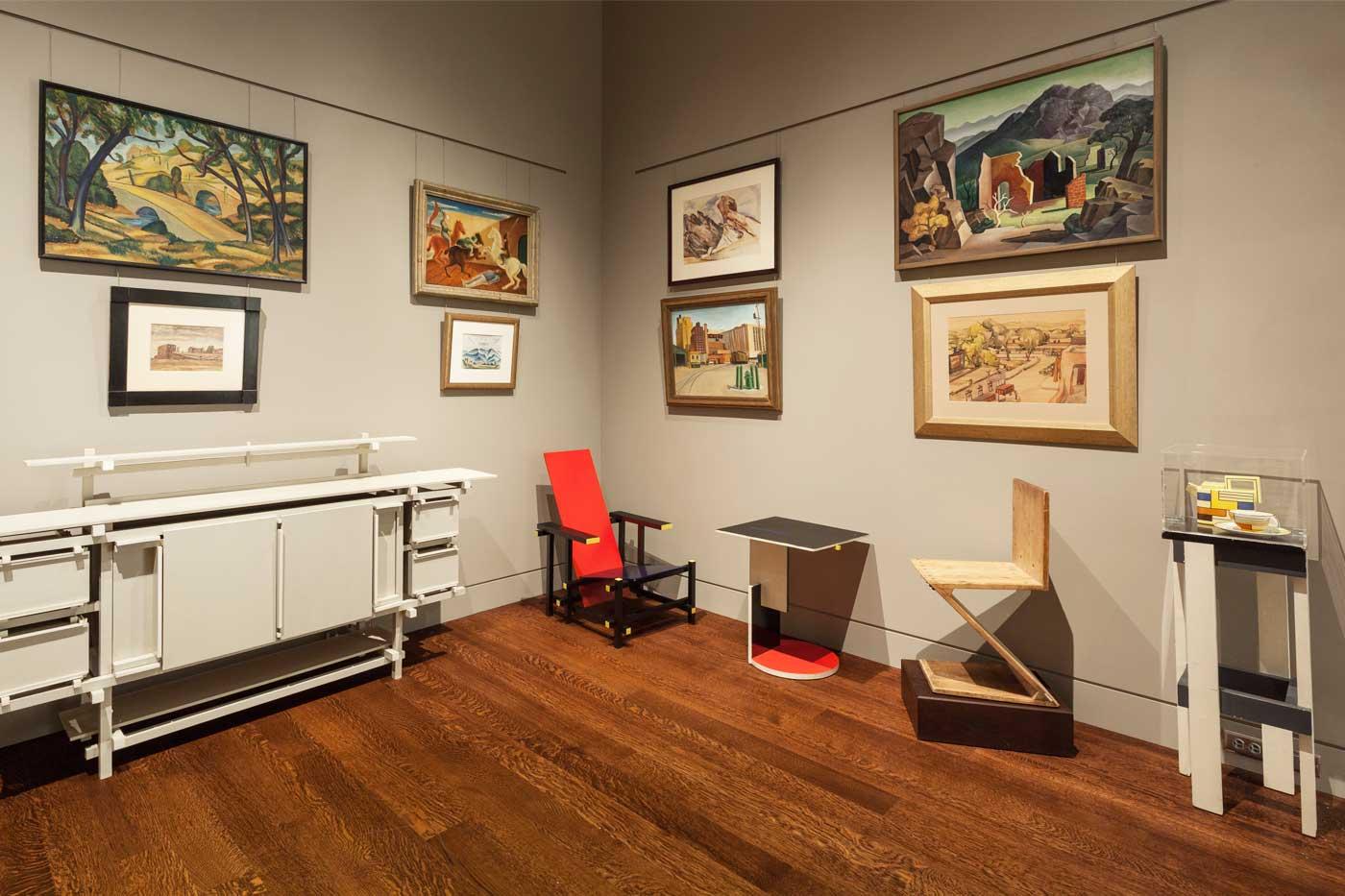 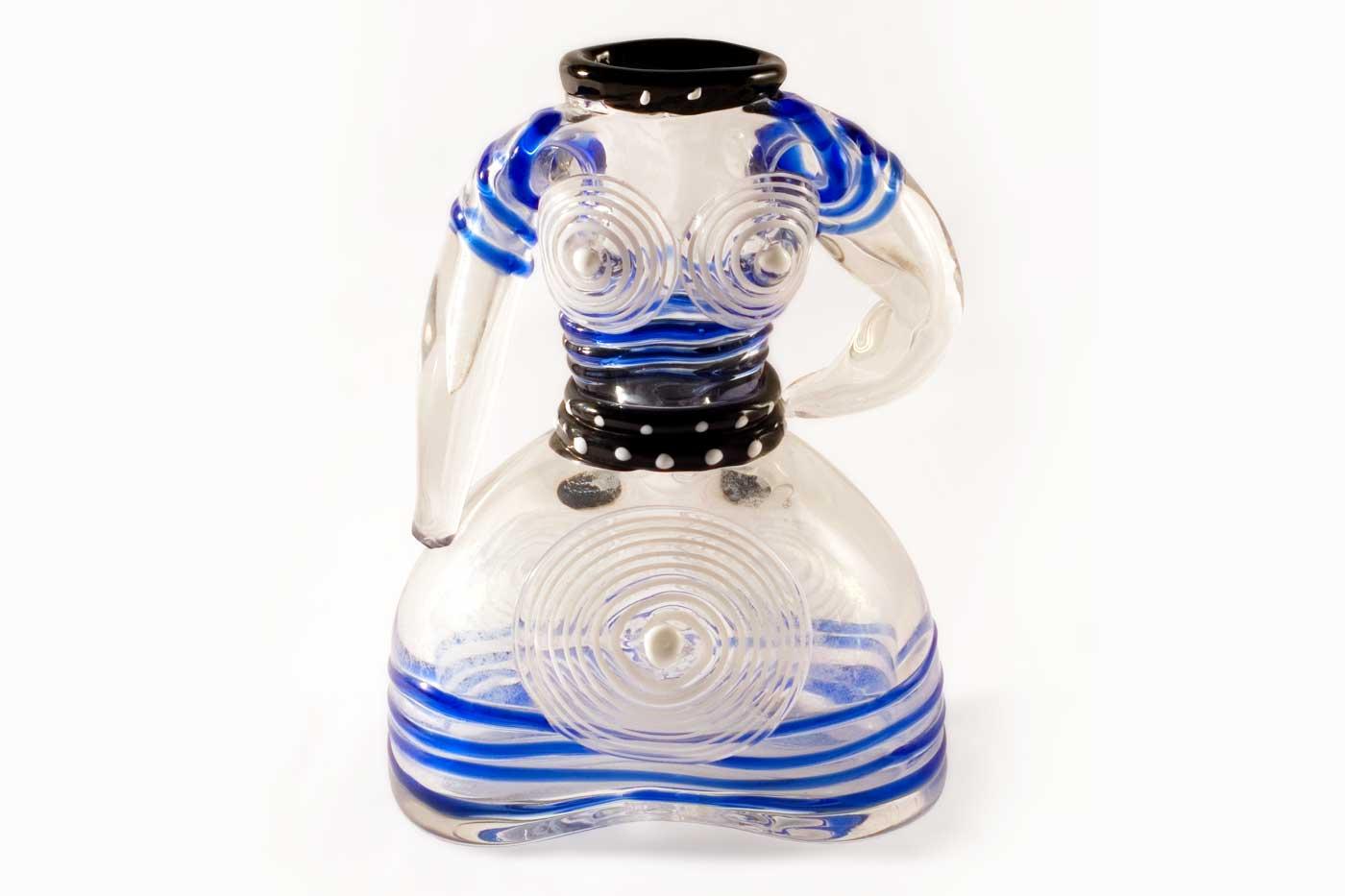 Fulvio Bianconi’s La Donna Vase (1950) a hand-blown, glass vase in the shape of a woman’s dress. 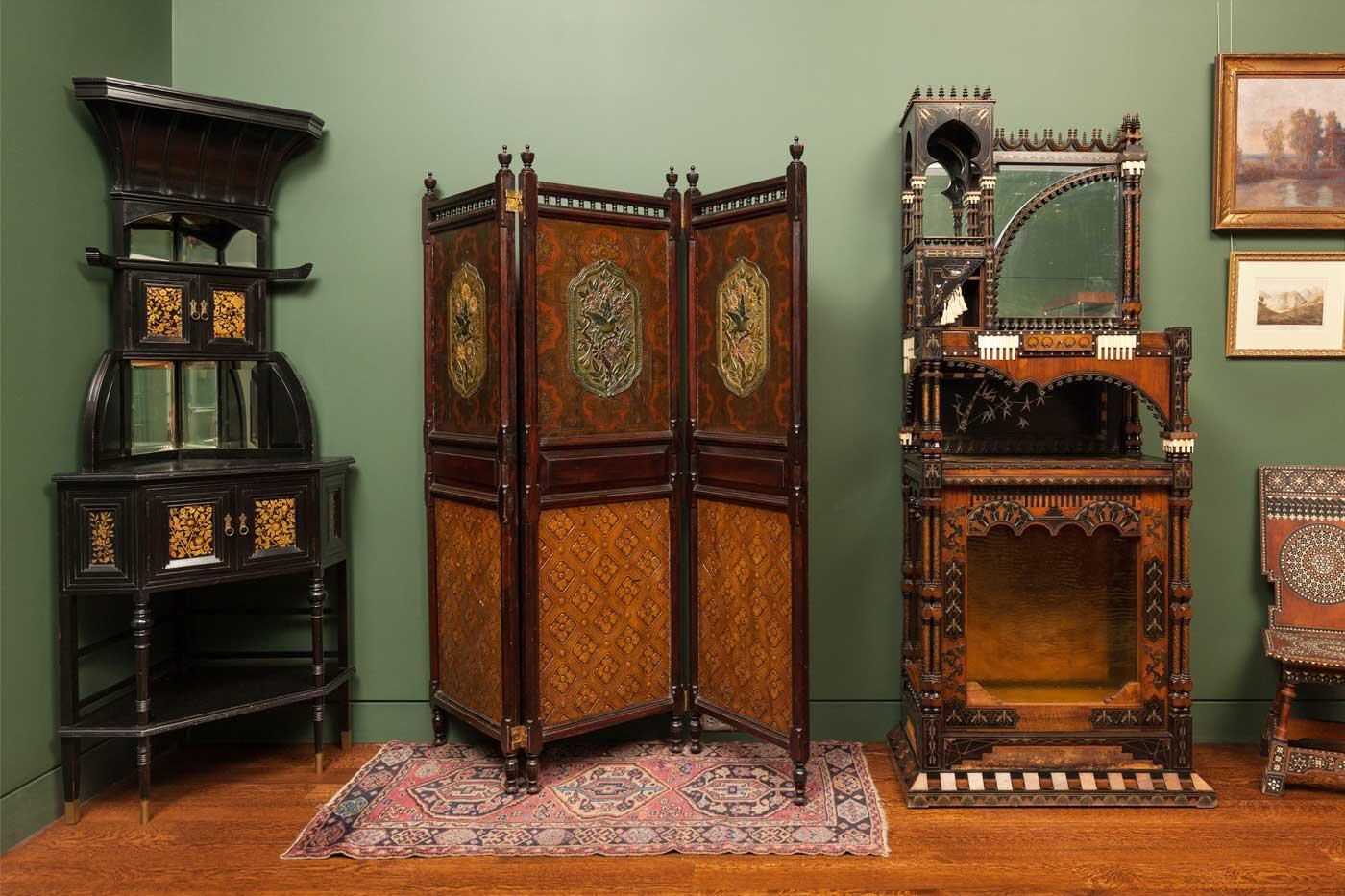 “Visitors can see the space where Kirkland painted, including the iconic straps he used to suspend himself face down over his later paintings,” she said. “It’s amazing to have the studio as part of the beautiful new structure and continue to tell the story of Vance Kirkland using the space he painted in during his lifetime.”

The new space is about four times larger than the former museum and exhibits about twice as many Kirkland’s paintings, as well as items from his collection of decorative arts. Like William Morris, who’s represented in the museum’s Arts & Crafts gallery, Kirkland wanted everyday items of quality and beauty.

Kirkland mentored founder Hugh Grant, who enjoyed an avuncular relationship with the artist. With fervor, Grant grew the collection Kirkland bequeathed him into a dazzling array of international decorative arts and regional art from the 19th and 20th centuries. With some 30,000 items by more than 1,500 artists and designers, the museum has something for everyone—that is everyone over age thirteen. Due to the exposed nature of the installations and the value of the art, the Kirkland does not admit children.

“It’s amazing to have the studio as part of the beautiful new structure and continue to tell the story of Vance Kirkland using the space he painted in during his lifetime.” —Maya D. Wright

At the Kirkland, even the tables that hold guest books are vintage pieces. The museum’s scale, described by the architect as “somewhat residential,” reflects the fact that most items in the collection were intended for homes from 1875 to about 1990. The museum’s galleries provide a chronological context.

“The salon style vignettes, where fine art—painting and sculpture—is shown in context with decorative art—furniture, tableware, radios, et cetera—is very different from the atmosphere created by most large museums,” Wright said. “It enables you to see the work at the scale and in the context the designer intended, as if you were in a home. It also allows us to show more of the collection than a typical museum.”

Older visitors will recognize some of the decorative arts from their own households or those of their parents or grandparents—everything from teapots to champagne glasses.

Wright said, “The new museum features the same intimate atmosphere and ‘more is more’ aesthetic, but with a chronological flow, a museum store, a temporary exhibition gallery and a lecture hall in the lower level.”

The museum triumphs in presenting a collection simultaneously indigenous to Denver, but also encompassing the Rocky Mountain West and an international scope.