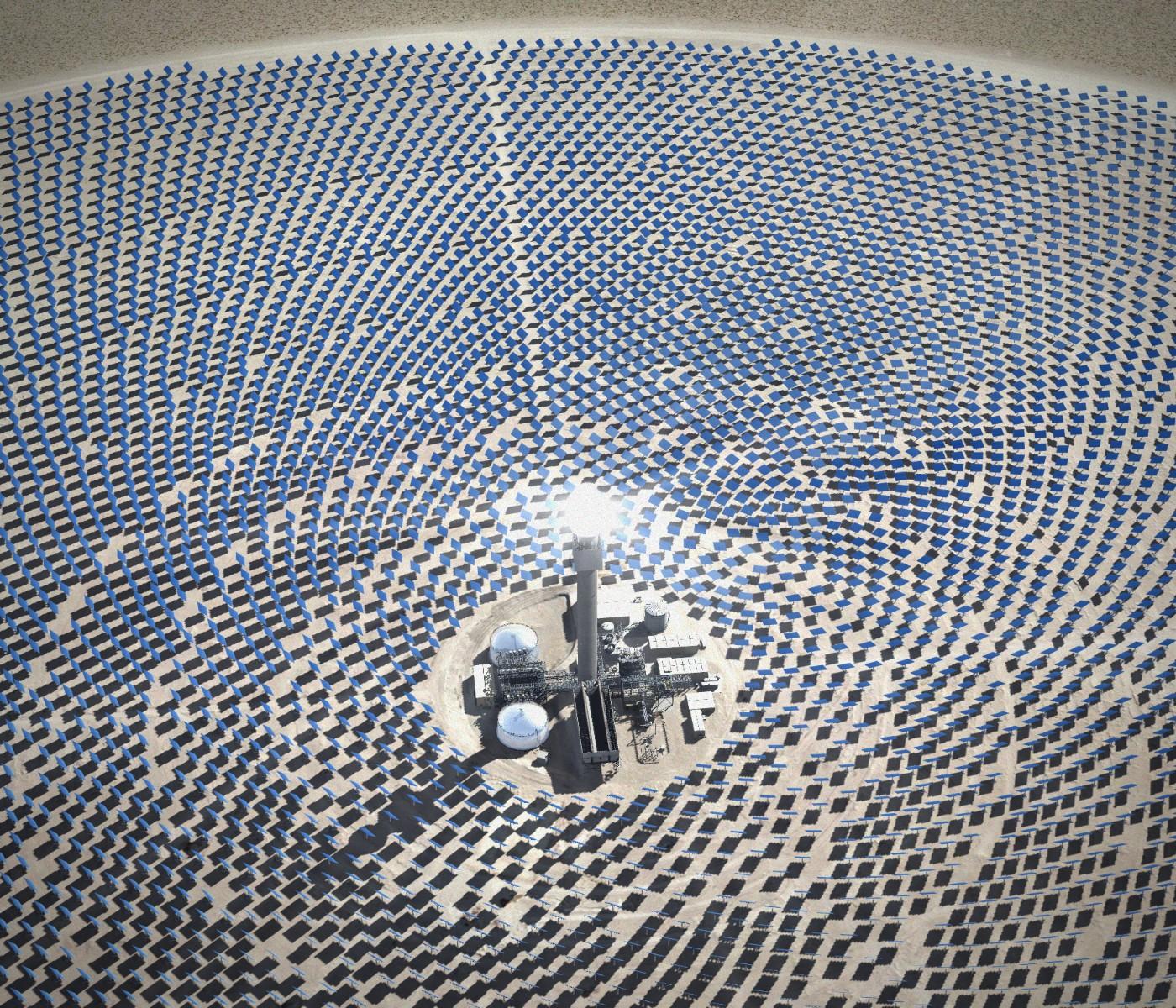 The Los Angeles County Museum of Art (LACMA), in collaboration with the Leonardo DiCaprio Foundation, presents John Gerrard: Solar Reserve, the first Los Angeles presentation of Solar Reserve (Tonopah, Nevada) 2014 since it was purchased with funds donated by Leonardo DiCaprio in 2015. The installation was first presented in New York City in 2014 by Lincoln Center in association with Public Art Fund. This monumental digital simulation recreates a solar thermal power plant in Nevada and the surrounding desert on a frameless LED wall. At the center of this virtual world is a tower encircled by 10,000 mirrors that adjust their positions in real time according to the location of the sun, and reflect light on the tower to generate electricity.

John Gerrard, a 2016 LACMA Art + Technology Lab grant recipient, is best known for artworks featuring real-time computer simulations that explore geographically isolated locations and examine networks of energy. Working in painstaking detail with a team of programmers, he created Solar Reserve (Tonopah, Nevada) 2014 using a sophisticated video game engine that situates the sun, moon, and stars as they would appear at the actual Nevada site over the course of a year. As this virtual world rotates on the earth’s axis through a 24-hour day, the perspective of the viewer gradually shifts from ground level to satellite view every 60 minutes, so that no view is precisely the same at any point during the course of the exhibition.

“This is the first time John’s Solar Reserve (Tonopah, Nevada) 2014 will be presented at LACMA since Leonardo DiCaprio so generously purchased the work for the museum in 2015,” said Michael Govan, LACMA CEO and Wallis Annenberg Director. “As an artist who embraces technology and experimentation in his practice, John explores light and space in this piece, and we're thrilled to share this important work from our collection with audiences in Los Angeles, where the Light and Space movement launched.”

“Solar Reserve grew out of two interests: historic representations of the sun and the manner in which petroleum eclipsed the sun as an energy source in the 20th century,” said the artist. “Climate change now forces us to address a legacy of extreme energy consumption in the last century, and it is interesting for me to show this simulation in L.A., one of the sunniest yet most energy-consuming cities on earth. The work radiates hope and beauty, but it is also an apparition, existing solely as software code. One of the questions it seeks to ask is: to what degree will the energy crisis be addressed by solar facilities, and to what degree is the optimism of renewable energy itself an apparition if we do not reduce global energy consumption?”