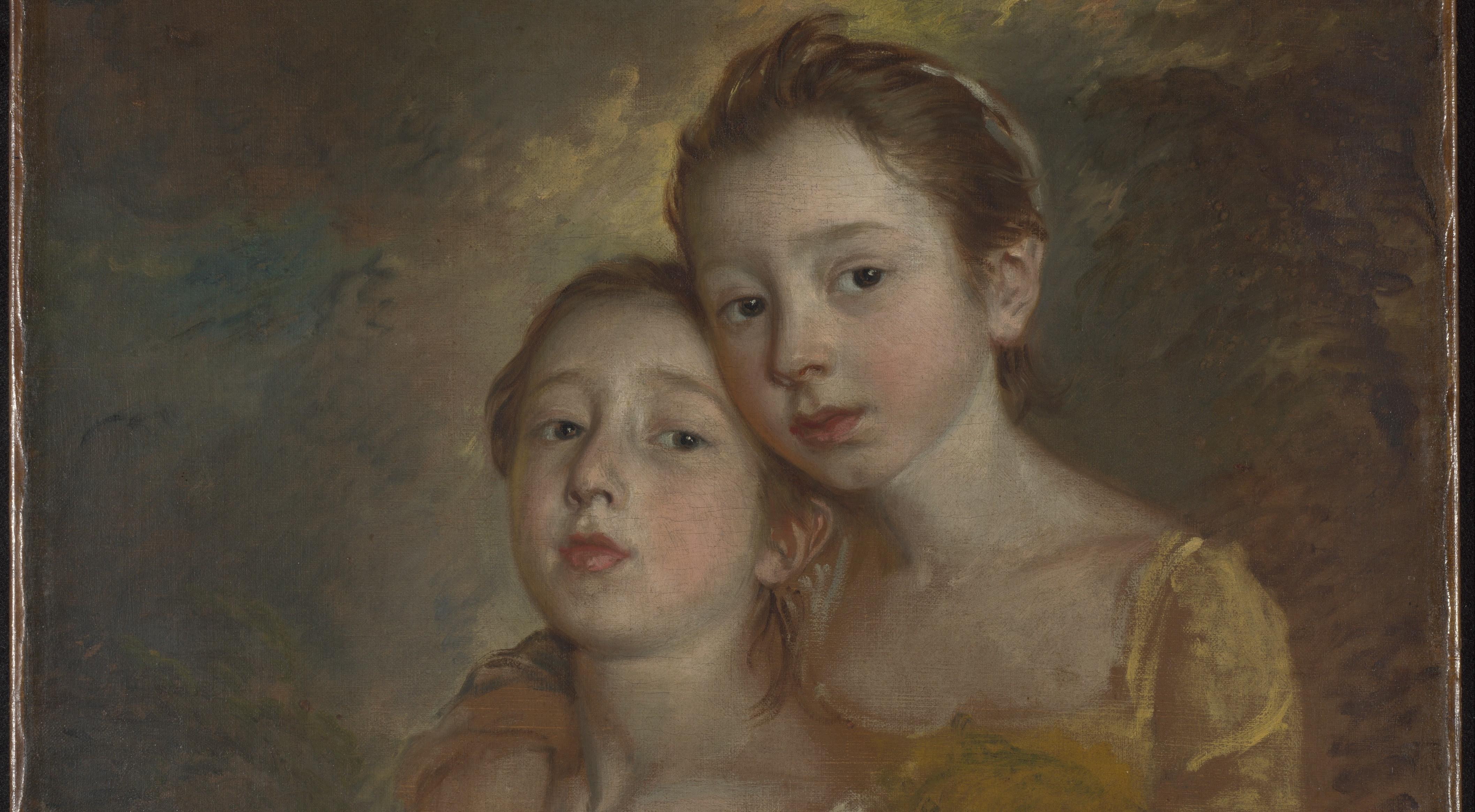 PRINCETON, N.J.—Images of family may be a constant presence in contemporary life, but in the days before photography only the wealthiest had access to them. The British artist Thomas Gainsborough (1727-1788) created more images of his family than any artist before him—pictures of his wife, father, sisters, pets and most particularly his two young daughters—leaving a remarkable visual legacy that is both poignant and ahead of its time.

Gainsborough’s Family Album gathers together more than 40 of Gainsborough’s depictions of his family for the first time in history, including 10 of the surviving portraits of Gainsborough’s daughters. The exhibition explores how these portraits not only expressed the artist’s warmth and affection for his family but also helped advance his career, from humble provincial beginnings to the height of metropolitan fame. In doing so, the exhibition demonstrates how Gainsborough reflected and helped shape new ideas of the family that endure today.

Gainsborough’s Family Album is organized by the National Portrait Gallery, London, in association with the Princeton University Art Museum. Tracing the full arc of Gainsborough’s career through family portraiture, the exhibition draws from notable public and private collections from across Great Britain and the United States.

The Princeton University Art Museum, where the exhibition will be on view Feb. 23 through June 9, 2019, is the only North American venue.

“This historic exhibition and related publication relates a powerful and very modern story of familial love by one of the great masters in the European canon,” said James Steward, Nancy A. Nasher–David J. Haemisegger, Class of 1976, director. “Gainsborough’s interest in returning again and again to his family as the subject for his art shows us the artist at his freshest, most personal and least filtered, and offers surprising glimpses into new ideas of the family united by affection.”

One of Britain’s most prominent and successful artists, Gainsborough was renowned as a portraitist of exceptional liveliness and subtlety, whose fashionable sitters appear to have deftly stepped inside compositions suffused with remarkable effects of light, air and feathery materiality. From modest rural beginnings, Gainsborough rose to become one of the most acclaimed painters of the age, depicting royals, aristocrats and the changing nature of Britain itself at the dawn of the Industrial Revolution.

The exhibition is anchored by paintings of Gainsborough’s two daughters, Mary and Margaret, as they grew from young children into adulthood, including The Artist’s Daughters Playing with a Cat (ca. 1760-61), Mary and Margaret Gainsborough, the Artist's Daughters, at their Drawing (ca. 1763-64) and a formal, full-length double portrait of the two from about 1774, which has never been exhibited in the United States. Together, these works document the girls’ journey to adulthood at a time of limited rights and opportunities for women. Another highlight is the artist’s virtuosic portrait of his nephew and apprentice, Gainsborough Dupont, which represented in part Gainsborough’s desire to elevate portraiture as well as the continuity of his artistic legacy, since Dupont was intended to carry on the family business. These images will be seen alongside self-portraits, a portrait of the artist’s father, canvasses of his siblings, in-laws and other relations and two images in which the family dogs seem to stand in for the artist and his wife. Taken together, these works tell a compelling story of family intimacy and fatherly concern, community, the passage of time, artistic evolution and even mortality unique in the history of art.

Confronting Childhood, a thematically related exhibition on view February 2 through June 9, 2019, considers the complex realities of childhood and family life in the modern world. Spanning more than 150 years, the exhibition affords glimpses of children and their families through the vantage point of painting and primarily photography, including artists such as Diane Arbus, Ruth Bernhard, Lewis Carroll, Lewis Hine, Dorothea Lange, Sally Mann and Clarence White.

Related Events at the Museum

A series of events and programs have been organized to accompany these exhibitions, including:

Saturday, March 2, 2019, 5:30 p.m. and 8 p.m.: The Princeton Singers present “This Sceptered Isle,” a program exploring the rich British choral tradition from the Renaissance to the 21st century, including William Byrd’s Mass for Four Voices. To purchase tickets, visit thisscepteredisle.brownpapertickets.com.

Wednesday, March 20, 7:30 p.m., at Princeton Garden Theatre: Museum Director James Steward introduces a screening of Stanley Kubrick’s film adaptation of Thackeray’s novel Barry Lyndon, a complex story of a sensitive, intelligent and ambitious man trapped in a society which has no use for him.

Wednesday, April 17, 7:30 p.m., at Princeton Garden Theatre: The Museum presents director John Boorman’s Hope and Glory, a coming-of-age tale about a boy growing up in and around London during World War II.

Wednesday, May 15, 7:30 p.m., at Princeton Garden Theatre: Associate Director for Education Caroline Harris introduces a screening of Boyhood, director Richard Linklater’s masterful vision of a boy and his family, filmed with the same cast over the course of 12 years.

Sunday, May 19, 4 p.m. (with pre-concert talk at 3 p.m.) at Richardson Auditorium: Princeton Symphony Orchestra presents Derek Bermel’s Mango Suite, inspired by the beloved coming-of-age novel The House on Mango Street, along with works by Manuel de Falla and a performance by flamenco dancer Griset Damas Roche.

At Princeton, this exhibition and the companion exhibition Confronting Childhood are made possible with generous support from the Frances E. and Elias Wolf, Class of 1920, Fund; Annette Merle-Smith; Argyris Vassiliou, Graduate School Class of 1991, and Ann Vassiliou; William S. Fisher, Class of 1979 and Sakurako Fisher, through the Sakana Foundation; and the Allen R. Adler, Class of 1967, Exhibitions Fund. Additional support has been provided by the Curtis W. McGraw Foundation; Christopher E. Olofson, Class of 1992; Nancy A. Nasher, Class of 1976, and David J. Haemisegger, Class of 1976; the New Jersey State Council on the Arts, a partner agency of the National Endowment for the Arts; Betty Wold Johnson, through the Robert Wood Johnson III Fund of the Princeton Area Community Foundation; the Chopra Family Youth and Community Program Fund; the Rita Allen Foundation; Ivy Beth Lewis; and the Partners and Friends of the Princeton University Art Museum.