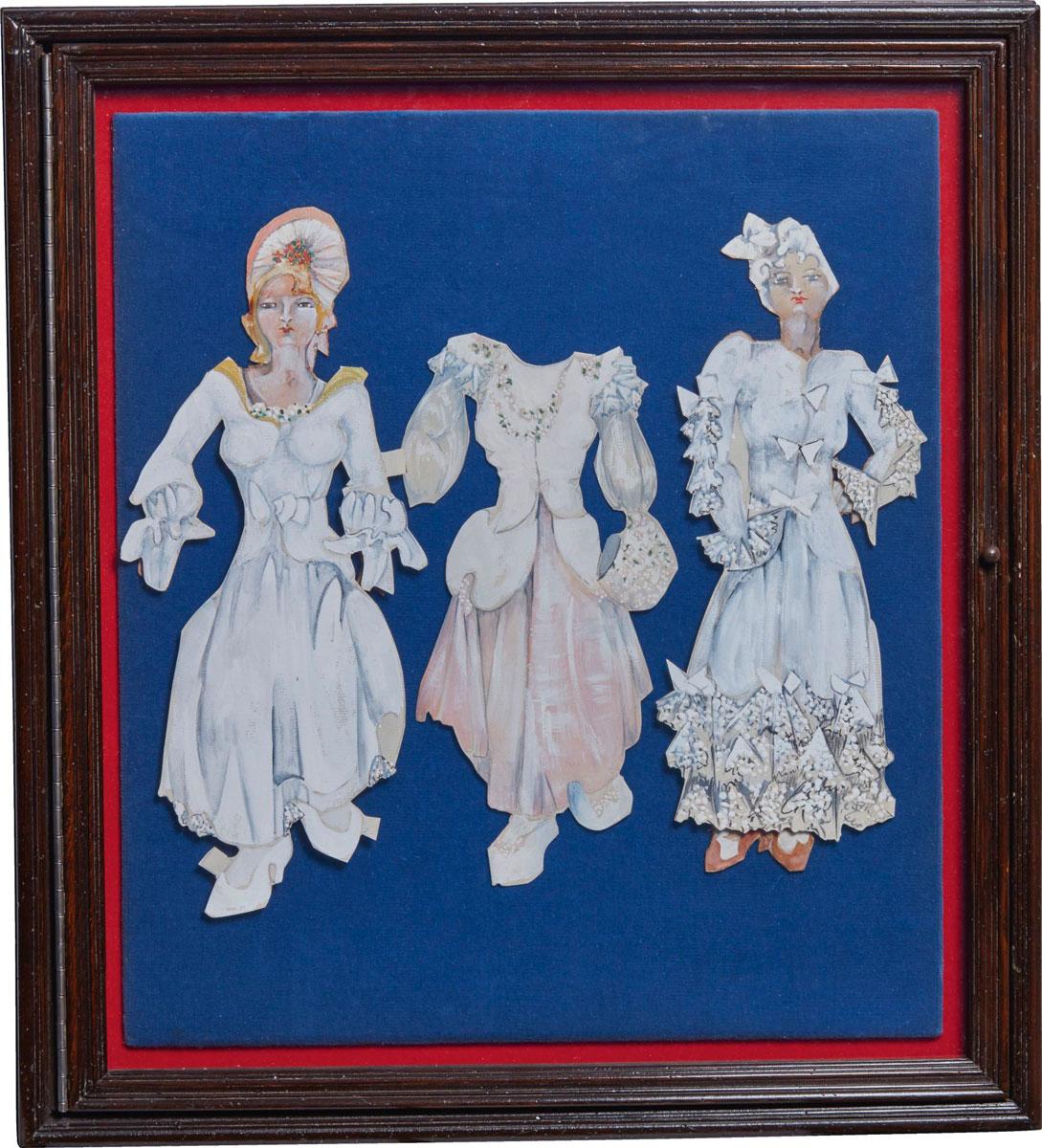 Living in the shadow of her husband, author F. Scott Fitzgerald, Zelda Fitzgerald was a writer and, as evidenced by this incredible set of painted paper dolls, a visual artist too. Zelda had married Fitzgerald in 1920, and their lives were famously wild, unscripted, and discordant. Her biographer Nancy Milford suggests that Zelda began painting in the mid-1920s, perhaps to express her mercurial emotions. She began making paper dolls in 1927, “most likely as a way to engage with her then 6-year-old daughter Frances ‘Scottie’ Fitzgerald,” according to Sotheby’s. “Zelda continued making dolls throughout her life, creating depictions of her family, religious figures, animals, fairy tales such as “Goldilocks and the Three Bears,” King Arthur and his knights, and the court of Louis XIV (like the set reproduced in “The Romantic Egoists”). The figures are all curiously androgynous, with an exaggerated and distinctly modern musculature.”

This collection of five dolls plus seven tabbed costumes made by Zelda comes to auction next week at Sotheby’s NY in Part III of the Maurice Neville Collection of Modern Literature. Its estimate is $25,000-35,000. Much of Zelda’s artwork was sadly lost--what was collected and compiled by her granddaughter in Zelda: An Illustrated Life (1996) is quite stunning. The paper dolls form a large part of her remaining artistic output.

In a Q&A posted by Sotheby’s, Neville’s son, Morgan Neville, talks about his father’s book collecting mania and some of his favorite pieces: “[T]he most personal by far are the Zelda Fitzgerald paper dolls. My mom had those hanging in her dressing room my whole life. They’re beautiful, and when I see them I think of my mom. They make me happy.”

To see more, check out this slideshow of the auction’s top twelve lots.