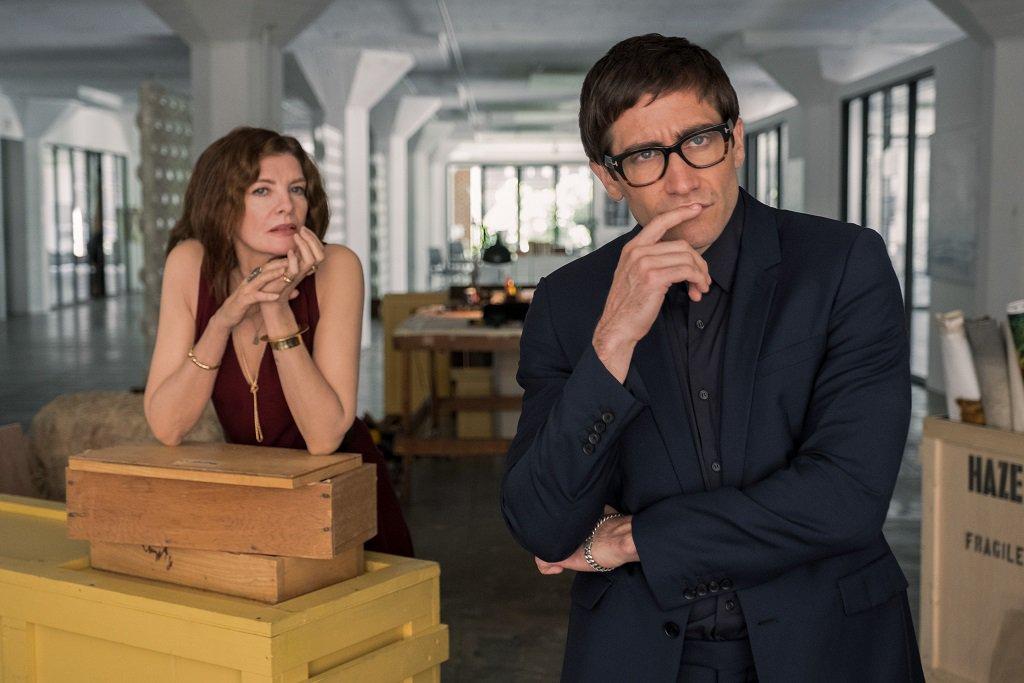 Writer/director Dan Gilroy shows the ugly side of the art world in his recently released film Velvet Buzzsaw, now streaming on Netflix. Part camp, part gore, and part biting satire, Velvet Buzzsaw is many things at once, and never a bore.

The story centers around Morf Vandewalt, played by Jake Gyllenhaal, a powerful LA art critic who can make or break careers. His love interest, up and coming assistant Josephina (Zawe Ashton), discovers a cache of paintings in the apartment of a neighbor who has died while trying to destroy his life’s work. Ignoring the artists dying wishes, Josephina conspires with her boss, gallerist Rhodora Haze (Rene Russo), to make massive profits off the works, a plot that is just beginning to pay off when the movie switches from comedy to thriller, and the bloodbath ensues.

With a cast of over-the-top but easily recognizable caricatures, the protagonists are both cliche and realistic. From the bold fashion choices of Toni Colette’s character, curator and consultant Gretchen, to the creative struggles of fading star Piers (John Malkovich), seeing familiar tropes played out in Velvet Buzzsaw is a fun game for viewers familiar with the art world. As the drama of the film unfurls, how we are to view and relate to these antiheroes becomes less and less clear. Are they only embodiments of stereotypes, and are the characters deserving the gruesome ends they meet? Is the artist, the posthumous focus of the film, who has transmuted his personal demons into moving works of art, who we should be sympathizing with?

In classic horror movie style, the morally comprised characters in Velvet Buzzsaw pay the price. The only characters who survive are those who leave the art world: artist Piers, who follows Rhadora’s adivce to create something that can’t be sold; naive assistant Coco (Natalia Dyer), who gives up on LA and moves back to Michigan; and Damrish (Daveed Diggs), who chooses his artist collective over fame and fortune. Abuse of power in all its forms is the true evil in Velvet Buzzsaw, a strong moral message for a movie that is hard to take seriously as a comedy or a horror. But perhaps that is not the point: beautifully shot, and with plenty of laughs and chills, Velvet Buzzsaw is all entertainment.