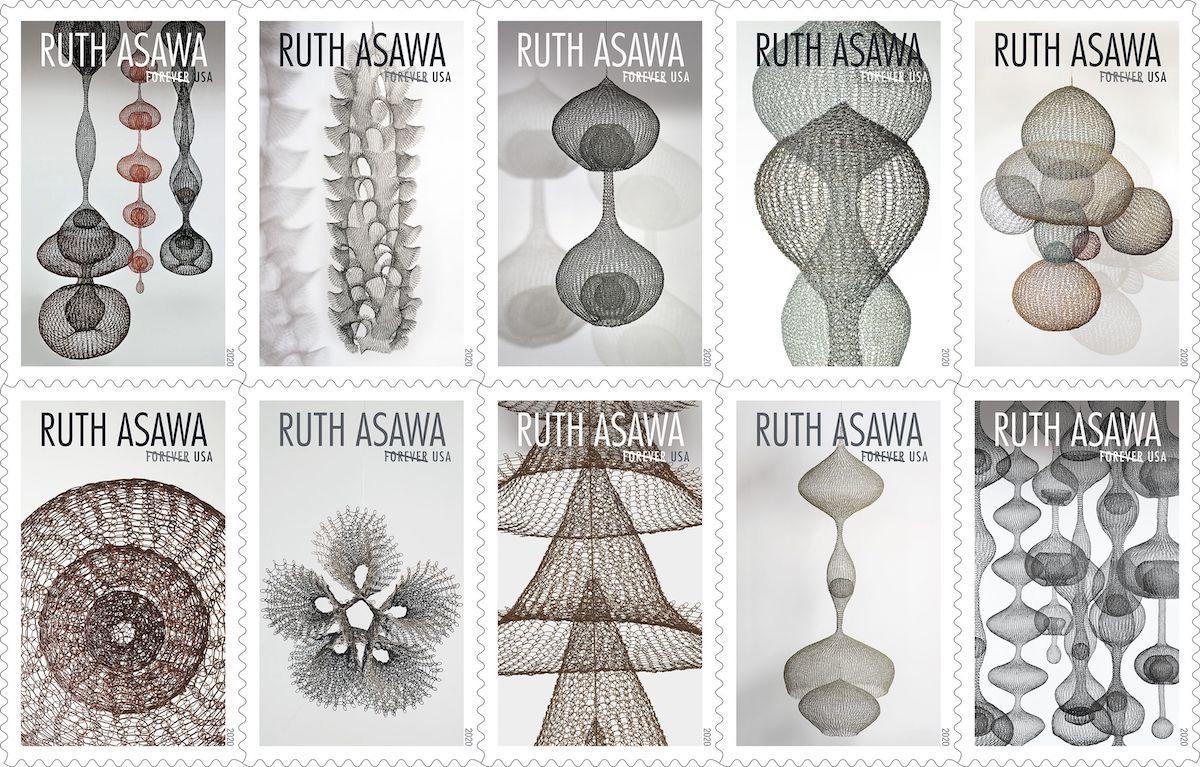 Asawa is best known for her woven wire sculptures, whose elegant forms merge traditional craft techniques with modern materials and aesthetics. Asawa (1926-2013) was born to Japanese immigrants in rural California. At the age of sixteen, she and her family were detained at World War II internment camps for Japanese Americans in California and Arkansas. Asawa would graduate high school there, and go on to study art education in college. 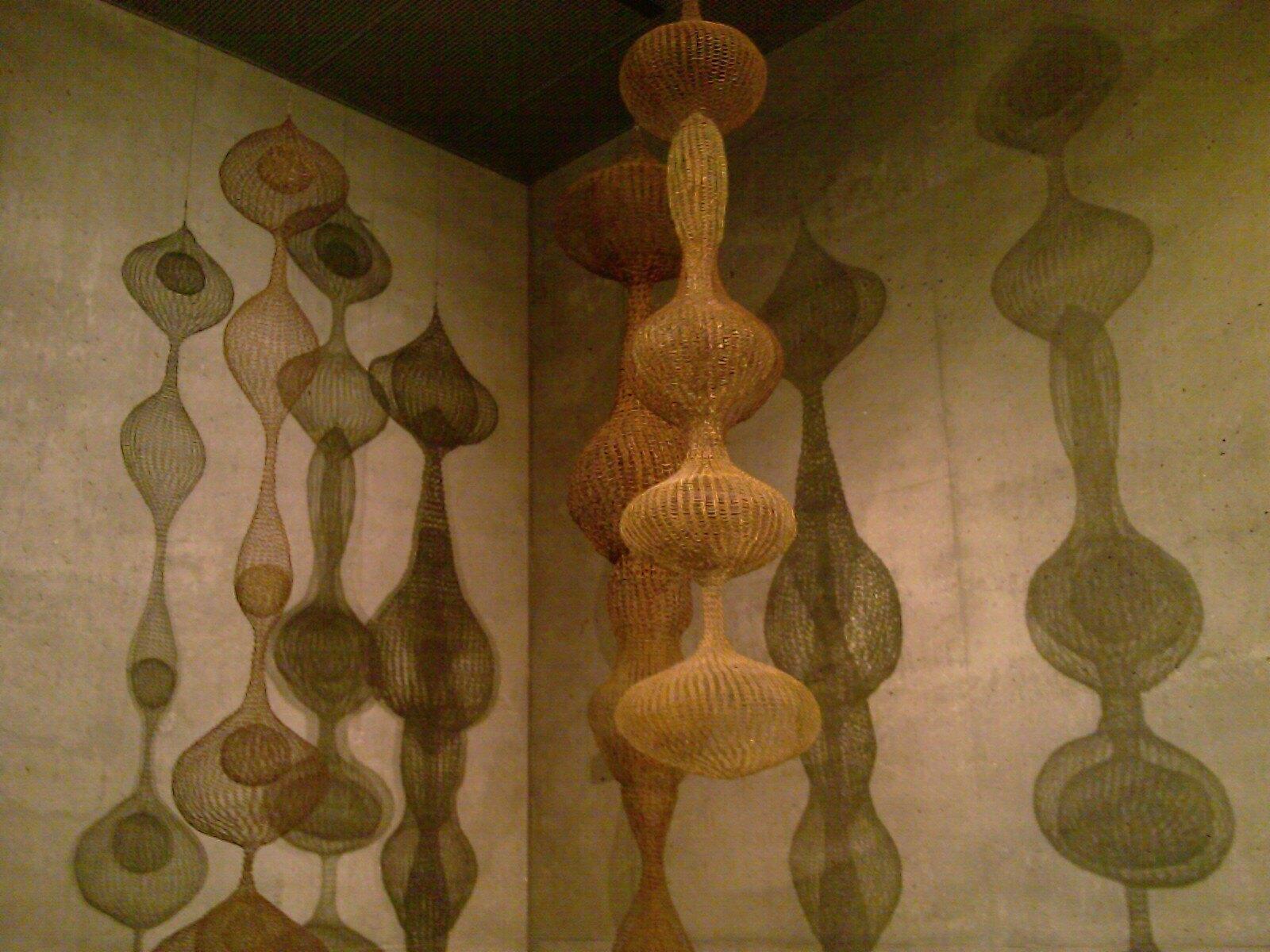 The resulting sculptures are undulating, soft, organic forms made of interwoven wire. Both delicate and durable, we are able to look through and inside of the hanging works, as well as examine their shadows, which create equally intriguing forms. Bridging craft and modern art, pushing the boundaries of positive and negative space, and mixing what is traditionally masculine and feminine, her alluring sculptures defy easy categorization. 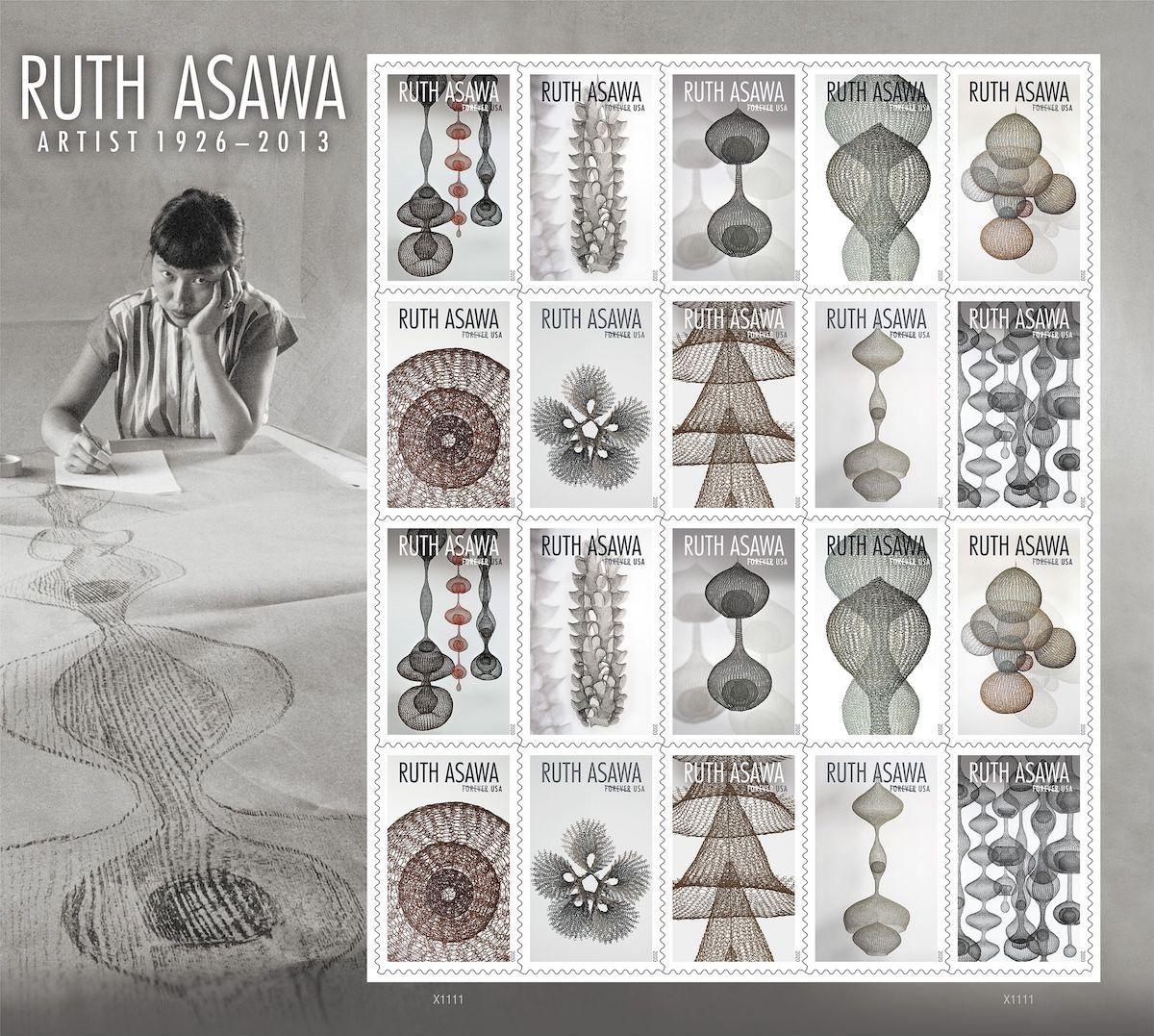 The stamp sheet features a photograph of young Asawa taken for Life magazine in 1954. Each of the ten 55¢ forever stamps has a photo of a different wire sculpture. The USPS has honored many artists by featuring them on stamps, including Ellsworth Kelly last year, and Martin Ramirez, Romare Bearden, and Andrew Wyeth in the past. An official release date for the stamps has not been announced.