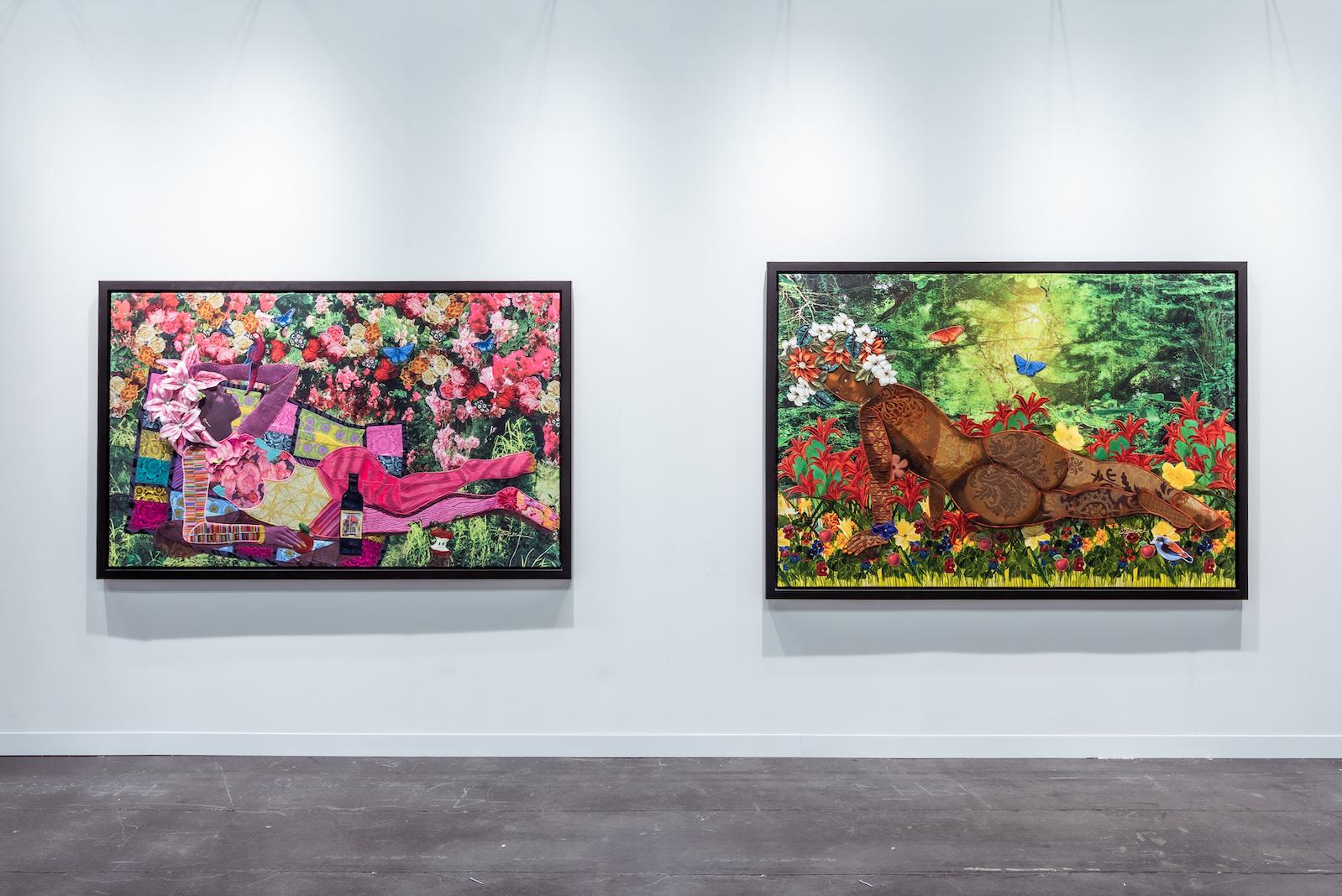 This past week marked the highly anticipated return of New York City's Art Week which had been postponed for over a year and a half due to the COVID-19 pandemic. From September 9 to 12, NYC was abuzz with the return of the Armory Show and Independent Art Fair, two of the most prominent fairs in the industry. Fall is traditionally the busiest season for the art world, and this year was no exception with many art goers trying to make up for lost time.

For both the Armory and Independent, this year, in particular, was also marked with some firsts. Each fair got a makeover for their 2021 editions and both were held at new locations. The 27th Armory Show was held at the Javits Center located just several blocks away from Hudson Yards in the West Side of Manhattan. Over the last several months, the Javits Center has also functioned as a vaccination site for millions of New Yorkers. It recently underwent a makeover to accommodate the needs of the Armory.

The overall energy of both fairs was renewed excitement. People were ready to engage with work and one another in this context after fifteen months away. Despite all the anticipation, there were new protocols in place to help to ensure the safety of everyone who attended. Timed ticket entries and proof of vaccine played a huge role in both fairs. The timed entries allowed for crowd control and for fairgoers to engage with the art and one another in a more meaningful way.

“We absolutely favor timed entry as a protocol of the new normal. It's fomented conditions for more deliberate conversations enjoyed in a context where art is directly experienced and appreciated—a far cry from both the pressurized transactionality of the customary first-hour rush of pre-pandemic, in-person fairs and the distanced mercantilism of an OVR (online viewing room),” says Alex Ross, director of Downs & Ross who participated in Independent this year. 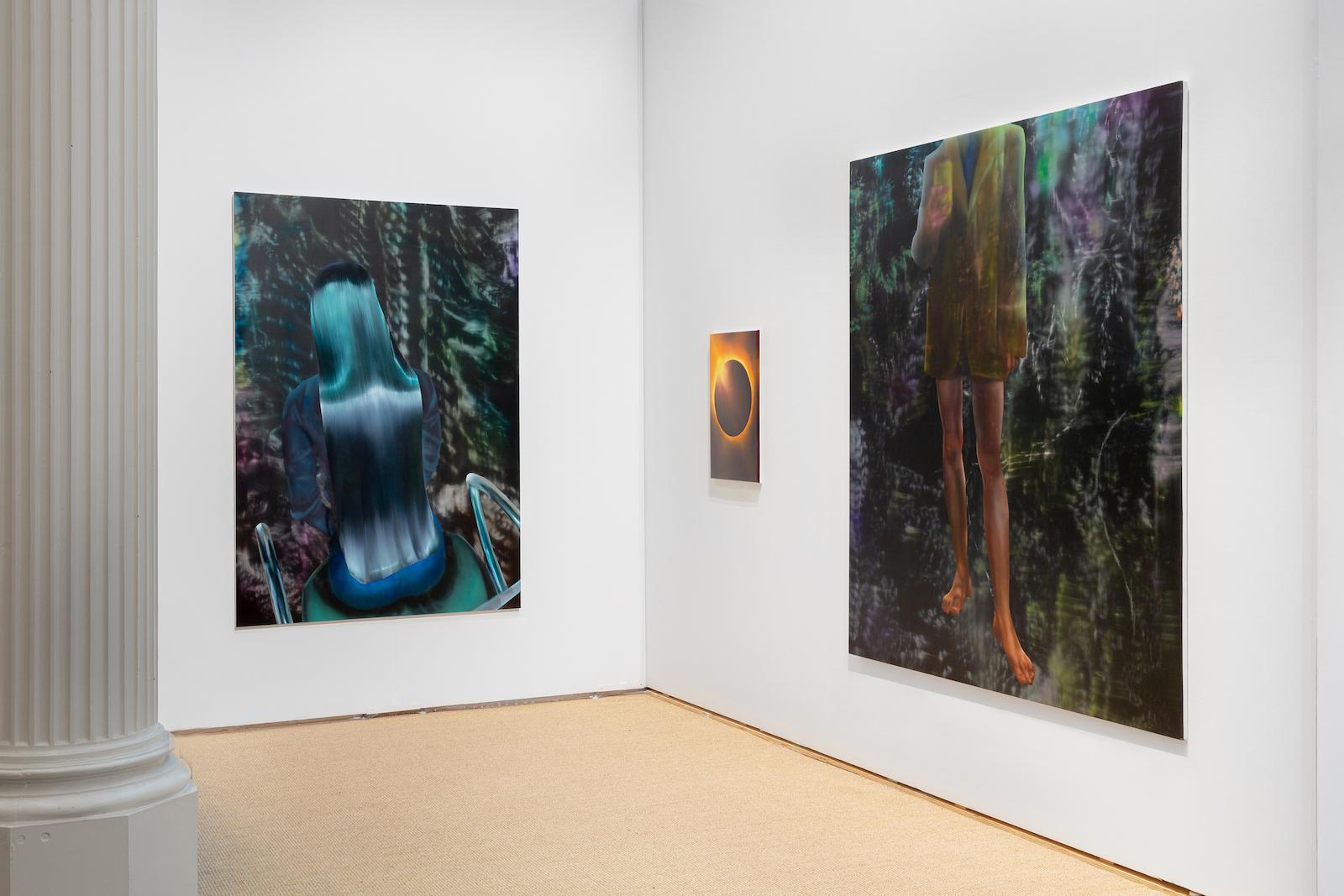 This year resulted in a mix of both in-person and virtual presentations. Armory featured a massive 157 galleries from North America, Europe, and Asia. However, due to travel restrictions, fifty-five international galleries opted to show in the fair’s digital platform, Armory Online. In previous versions of the fair, modern and contemporary exhibitors were shown on two different piers but, for the first time, works were shown side by side.

While it was certainly not business as usual, the adjustments made to even be able to produce fairs on this scale during a pandemic are impressive, to say the least. Though the number of galleries participating in the Armory this year was impressive, the necessary size of the fair, sprawled across the Javits center, made the event overwhelming.

Independent was also back this year in an entirely new space. The brainchild of gallerist Elizabeth Dee, this fair has really come into its own over the last eleven years. For Independent's twelfth edition, the fair also set up shop in a new venue––the newly renovated Maritime historic building which also houses the iconic Cipriani Restaurant. With panoramic views of the Hudson River, fairgoers were treated to a new side of this exciting fair, which was the better of the two.

“It's been an exceptional fair, and we've witnessed an especially strong commitment from Independent to build a diverse public, even under the trying conditions imposed by limited international travel. It’s been a positive continuation of our past experience of the fair at its former Spring Studios location” adds Ross.

Since the onset of the fair, it has set itself apart by offering viewers a very tight and focused group of galleries on a smaller scale who are invited to participate in the proposal process. The result is a meticulously curated event in which fairgoers get the best parts of Art Week. Independent was a more manageable fair to experience featuring the work of forty-two galleries this year, compared to the fifty to sixty it normally features. This paired-down event was above and beyond what art goers have been missing over the last year and a half. 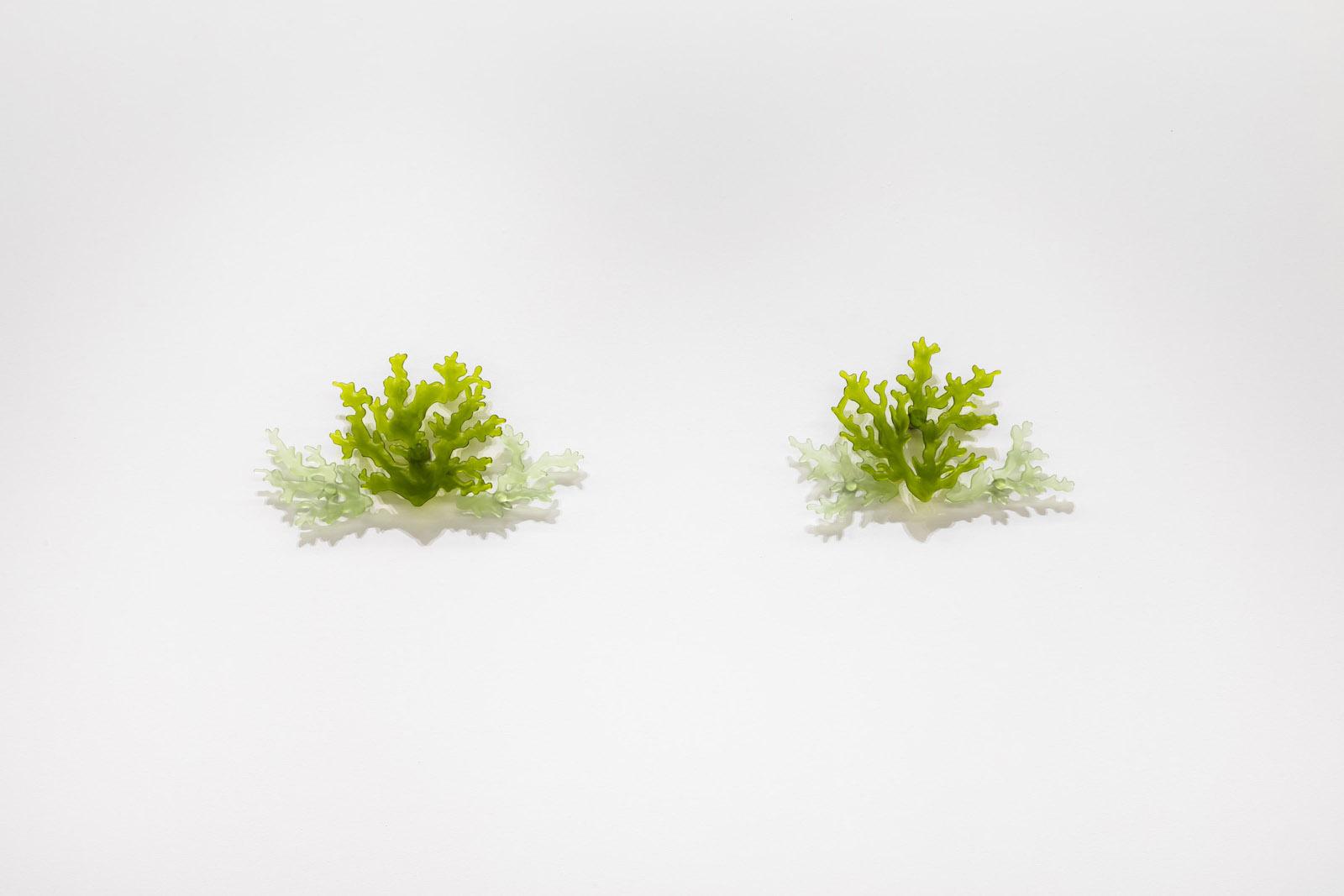 Here are some highlights from both fairs:

Almine Rech
The New York-based gallery featured the work of two impressive women of color Phyllis Stephens and Genesis Tramaine. Stephens' work in particular stood out. The fifth-generation quilt maker brings in a larger historical component to her work mixing in various fabrics and materials that help to tell a bigger story. These impressive works toe the line between fabric paintings/assemblages and the functional quilt. They also impressively create a new narrative around the black female body.

Daniel Faria Gallery
Jennifer Rose Sciarrino’s solo debut in the Focus section of the Armory was not to be missed. Using hand-carved stone, glass, and marble sculptures, Sciarrino is engaging with the work of critical feminist scholars such as Donna Harroway, well as science fiction writers to imagine new modes of being and how humans have affected the world around them. Sciarrino's cast glass pieces—which are based on her renderings of lichen, a plant-based organism—are subtle, gorgeous, and produce hues of green, brown, and orange. 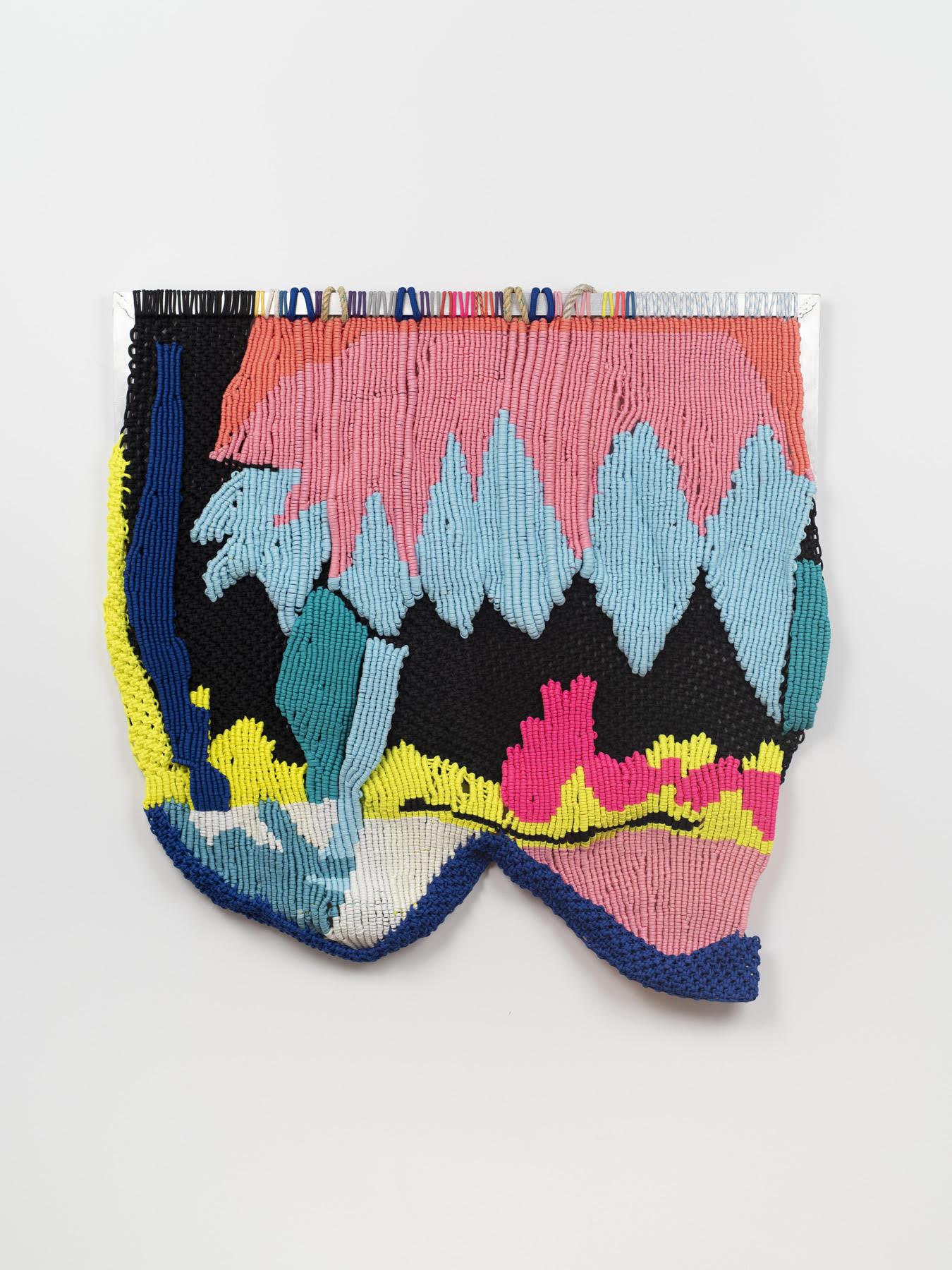 Courtesy of the artist and Fleisher/Ollman Gallery.

Downs & Ross
The New York City-based gallery stunned fairgoers with a solo presentation of the work of Rute Merk. Merk, a Lithuanian-born painter working out of Berlin, creates hyper-realistic canvases that are in conversation with digital culture, Eastern European social realist painting, fashion, and other influences. Merk's lush surfaces create tension between the ethereal and almost out-of-focus effect that her brush strokes achieve, and the larger, harder edges of the faceless subjects in these portraits. Her work challenges the viewer to think beyond digitized realities and pushes painting to another level.

Fleisher/Ollman Gallery
Rounding out the impressive works on display at Independent was the Philadelphia-based gallery Fleisher/Ollman and their group exhibit. Jess Harrod’s piece, Pubic Zirconia created in 2020, a gorgeous woven fabric sculpture, is bringing together a lot of influences. Drawing on a larger queer history of the body, feminist art of the 1970s, embodiment, and more, Harrod is pushing the bounds of fine art, crafts, and textiles. The work is helping to ascribe new meaning to these larger traditional practices and is turning it on its head.

Anni Irish has published cultural criticism, articles, and essays in BOMB magazine, Brooklyn Magazine, Good, Hyperallergic, Men’s Health, the Outline, Racked, Salon, Teen Vogue, Vice, and the Village Voice, among many others. She has taught at the School of Visual Arts in New York City and has guest lectured and participated in numerous conferences across the US. She holds a BFA from Tufts University, an MA in Gender and Cultural Studies from Simmons College, and an MA in Performance Studies from New York University.