Meet Us Quickly: Painting for Justice from Prison 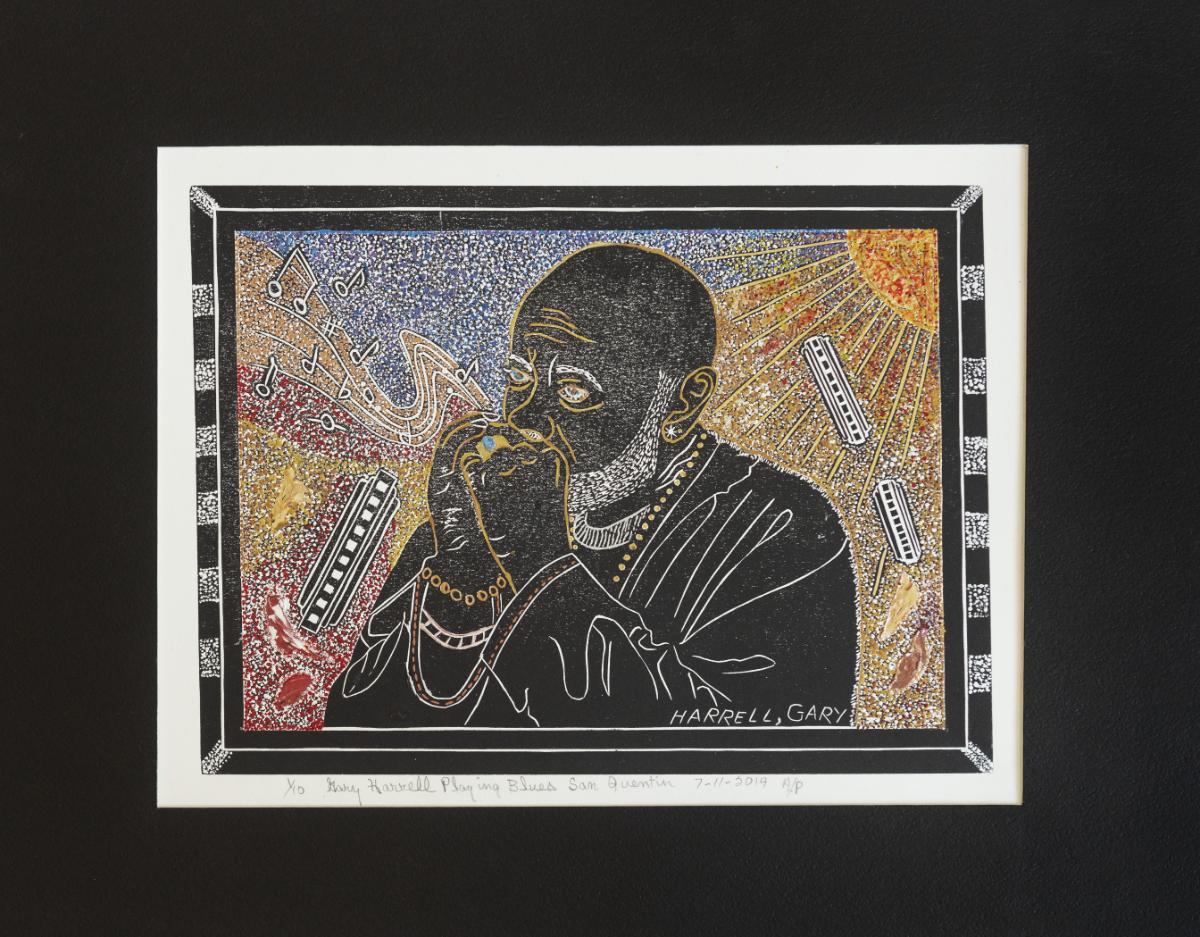 “They paid how much? For that?”

Whether the “that'' in question is $98,000 for the privilege of observing the Mona Lisa’s annual physical exam or $120,000 for Maurizio Cattelan’s Comedian, a banana taped to a wall, even the most jaded art lovers among us are stunned by headlines from blockbuster auctions. Rahsaan “New York'' Thomas felt it too. As he told Art & Object, “When I see art on TV, I [see] artists [sell paintings] for like $30,000. And I'm like, ‘Man, I'm incarcerated with guys who do better art than that.’” 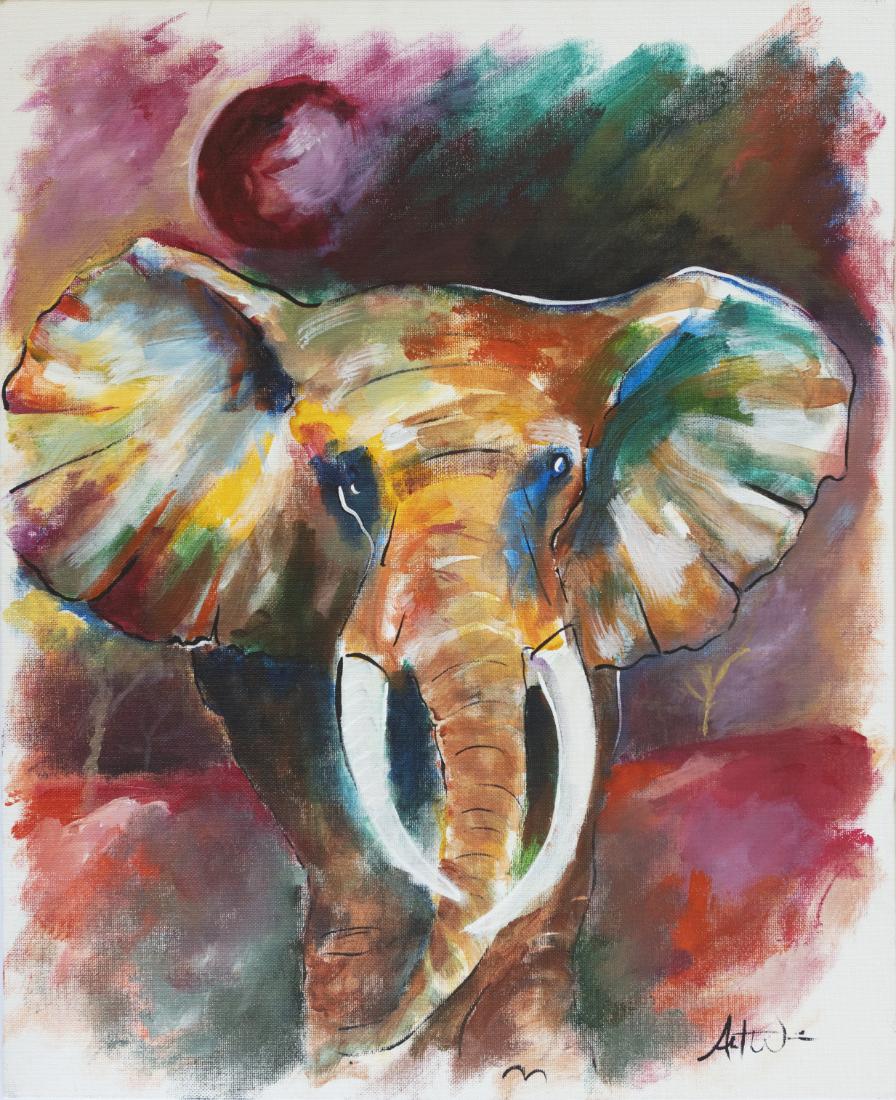 As the curator for Meet Us Quickly: Painting for Justice from Prison, Thomas got the chance to prove it. Currently on view at the Museum of the African Diaspora (MoAD), Meet Us Quickly is a digital exhibit and auction featuring work from twelve formerly and currently incarcerated artists at San Quentin prison.

The exhibit was produced in collaboration with MoAD and Prison Renaissance, a non-profit organization co-founded by Thomas. The organization is run by and for currently and formerly incarcerated people. According to co-founder and Chairman Emile DeWeaver, it aims to build art, dance, writing, and other programs that “aren't beholden to prison administrators.”

Thomas recruited the artists through San Quentin’s Arts in Corrections program, and then chose a minimum bid for each piece, ranging from $100 to $1,500. 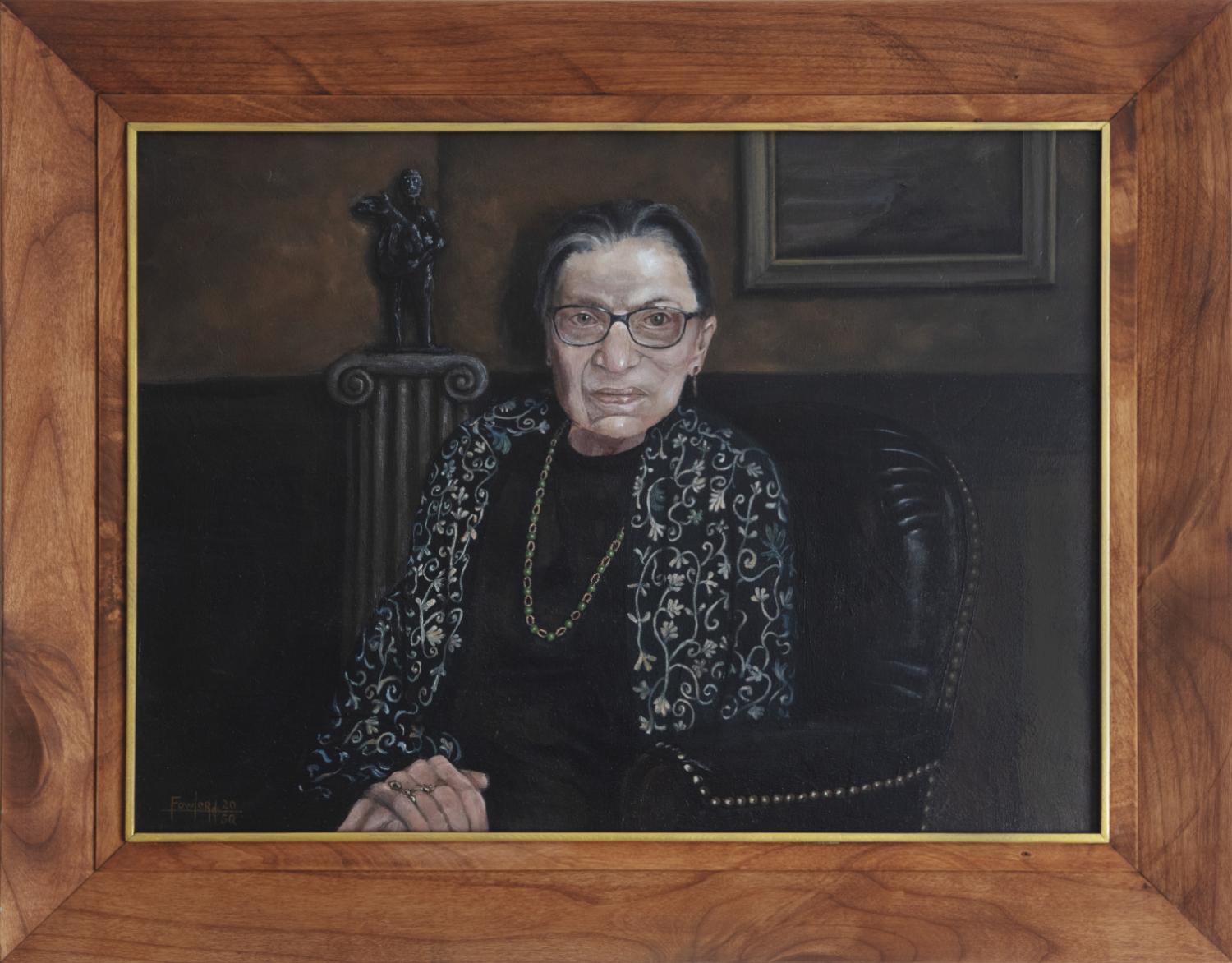 The works are in a wide variety of media and styles, from O. Smith’s political cartoons to Gary Harrell’s pointillist portraits with details so vivid you can almost feel the textures to Tafka Clark Rockefeller’s bright acrylic abstractions, inspired by constructivism.

Eighty-five percent of the proceeds of the works sold went to the artists (the remaining 15 percent to Prison Renaissance), a departure from commercial auctions, where the auction houses and the sellers, but not the artists, get the money. Giving the artists the money was a key for Thomas: “When you make art in prison,” he said, “most of the time, you're not allowed to really make money. And so, what [the artists do] is they donate their art to nonprofits, and these nonprofits sell them...for like fifty to 150 bucks. And I noticed they always sell out immediately.” 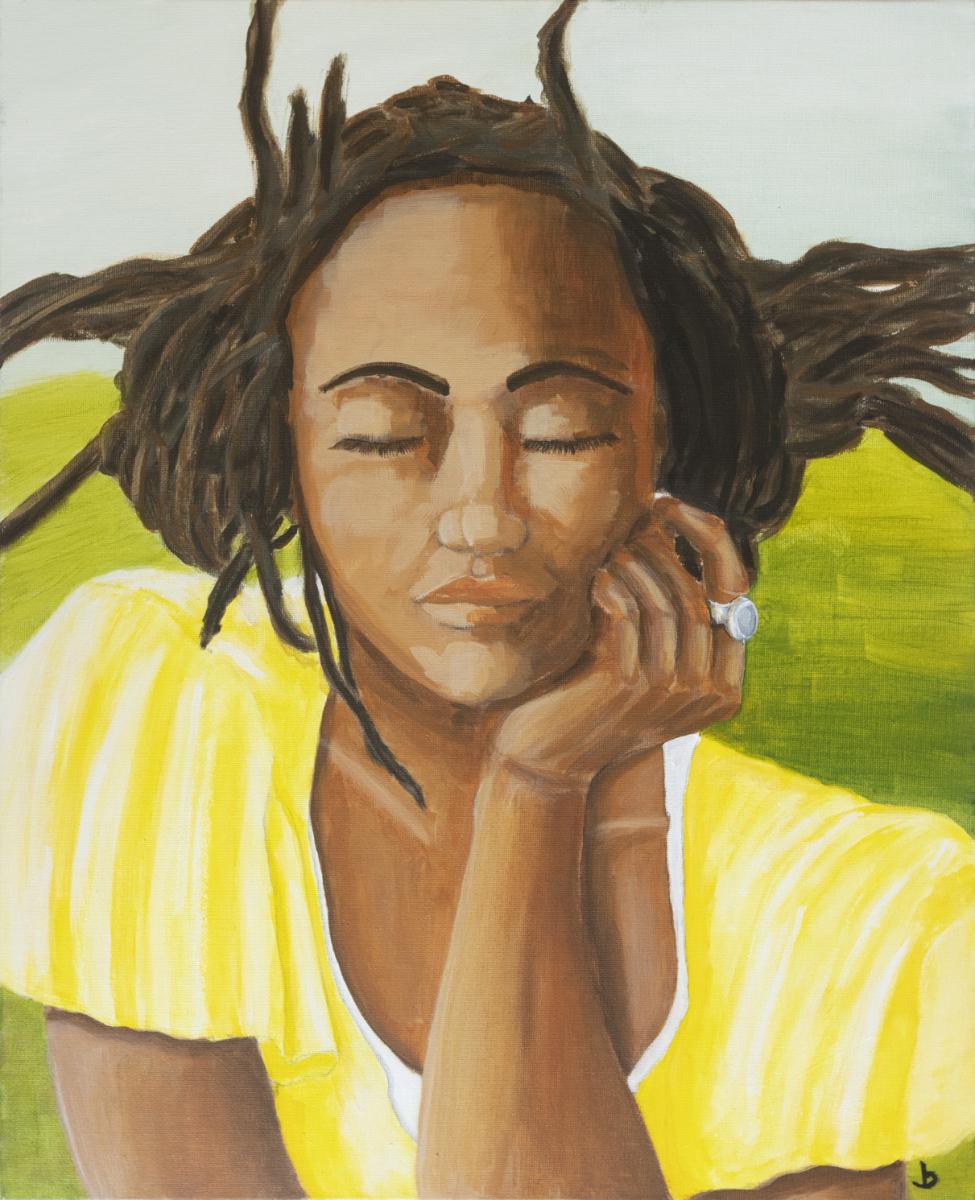 That control was also important to Antwan “Banks” Williams, who contributed two pieces, and in addition to being an artist, is co-creator and sound designer of the Ear Hustle podcast (Thomas is a co-host).

Williams was released from San Quentin in 2019, but recalled how pre-COVID, “there were so many tours that were coming to San Quentin on a daily basis... it [felt] like we were literally like animals in a zoo. People come, and look and it's…’Don't pet the animals, you can't get too close.’” With the exhibit and the auction, he added, “I'm hoping that we're really seen as people, that we're valued.”

Though having to move the exhibit online due to COVID was “a huge loss for trying to convey the stunning experience of the pieces under discussion,” DeWeaver was thrilled with the auction’s results.

“I'm so proud of what the team did on this auction...we sold four pieces from three artists, and I really consider that a huge win. I mean, I served twenty-one years in prison, and I have never seen an incarcerated person get compensated for their work by a nonprofit organization.” 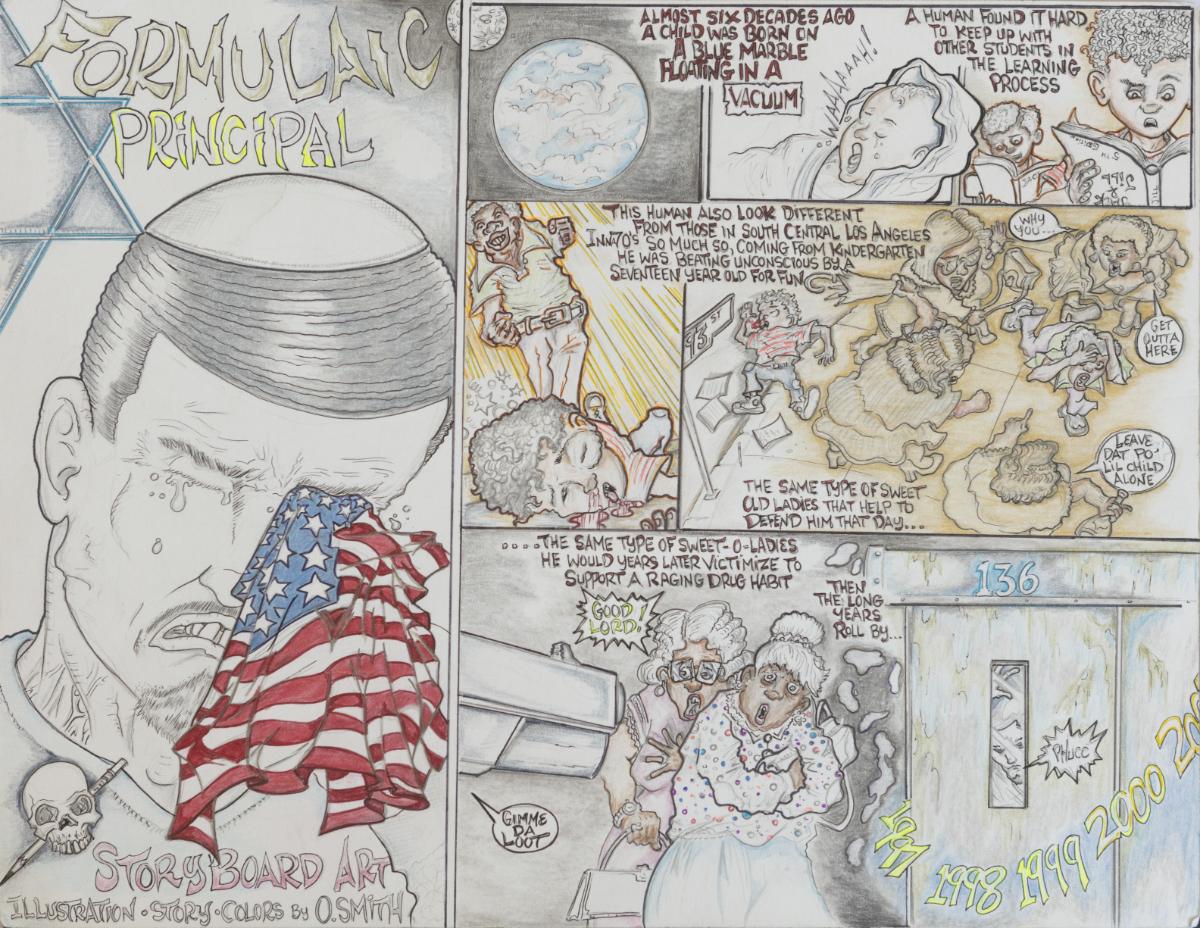 The auction has already made tangible impacts on the artists’ lives too. For example, according to DeWeaver, “Gary Harrell, his painting sold. He's out of prison now... He got what he asked for, for his piece, and he wasn't asking for a little bit... when we're trying to get checks, stimulus for COVID. Incarcerated people have added burdens in addition to the burdens other people have, and this will help him.”

Thomas adds, “I just hope they brighten somebody's day and add some smiles where before, years ago, we were causing pain. I hope that our art really speaks to the world in some kind of way that moves people.”