The History of the Heart Shape 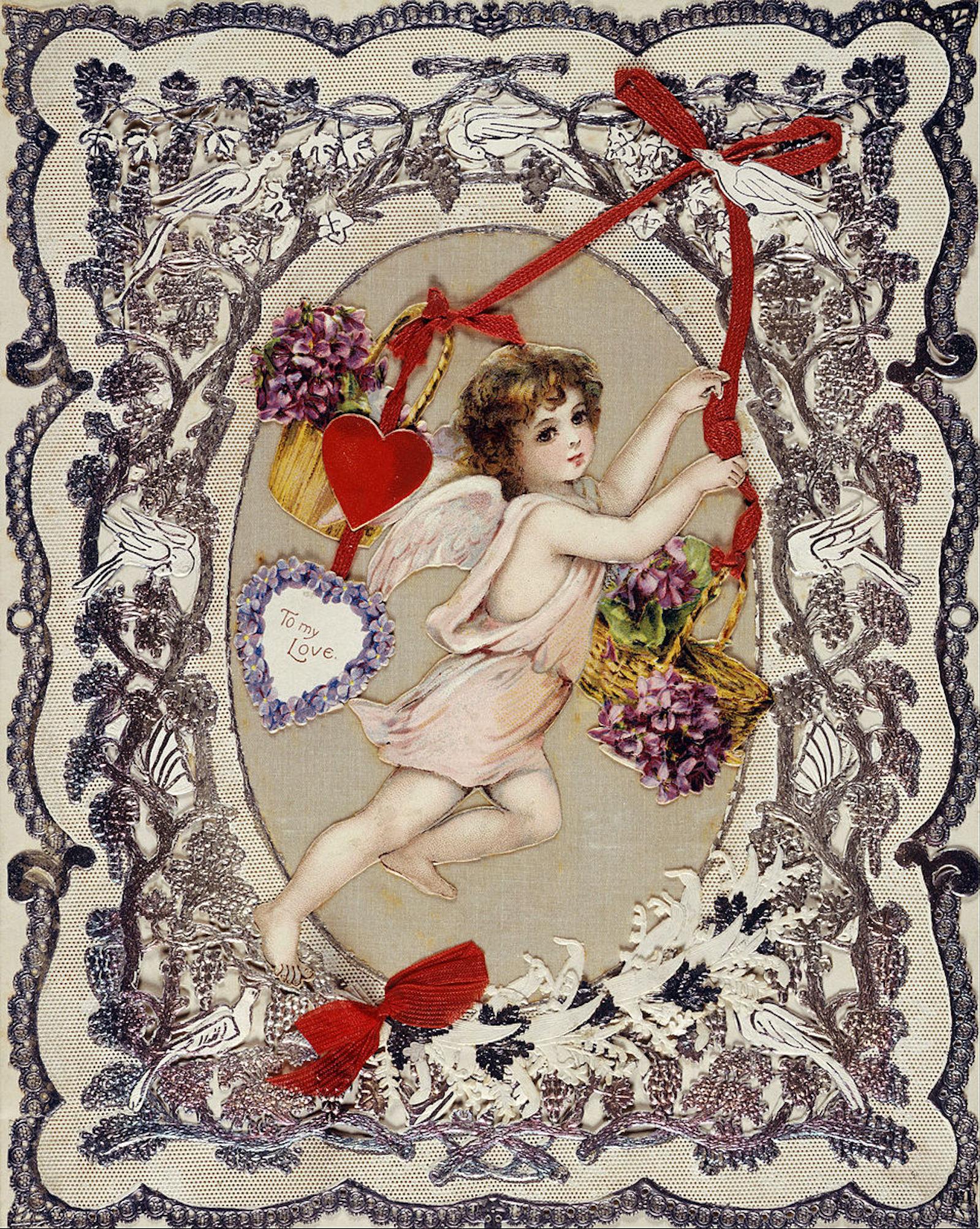 Widely recognized as a symbol for love and affection, the heart shape has evolved over centuries. It may be hard to believe the double-scalloped ideogram with the v-shaped base hasn’t been around forever, as these heart-shapes are a constant in modern life: one of the most widely used emojis is the heart. How did this ubiquitous symbol, which shows up everywhere from text messages to fine art, come to be? Its evolution is unclear, but there are some theories.

Heart shapes were used in decorative art by ancient societies. One of the oldest examples is an Indus Valley civilization pendant embossed with a heart-shaped fig leaf. Ivy, fig and water-lily leaves were all used in art and heraldry. Ivy is often used as a symbol of fidelity. It is possible that the plant’s symbolism contributed to the eventual, modern meaning of the heart-shape. 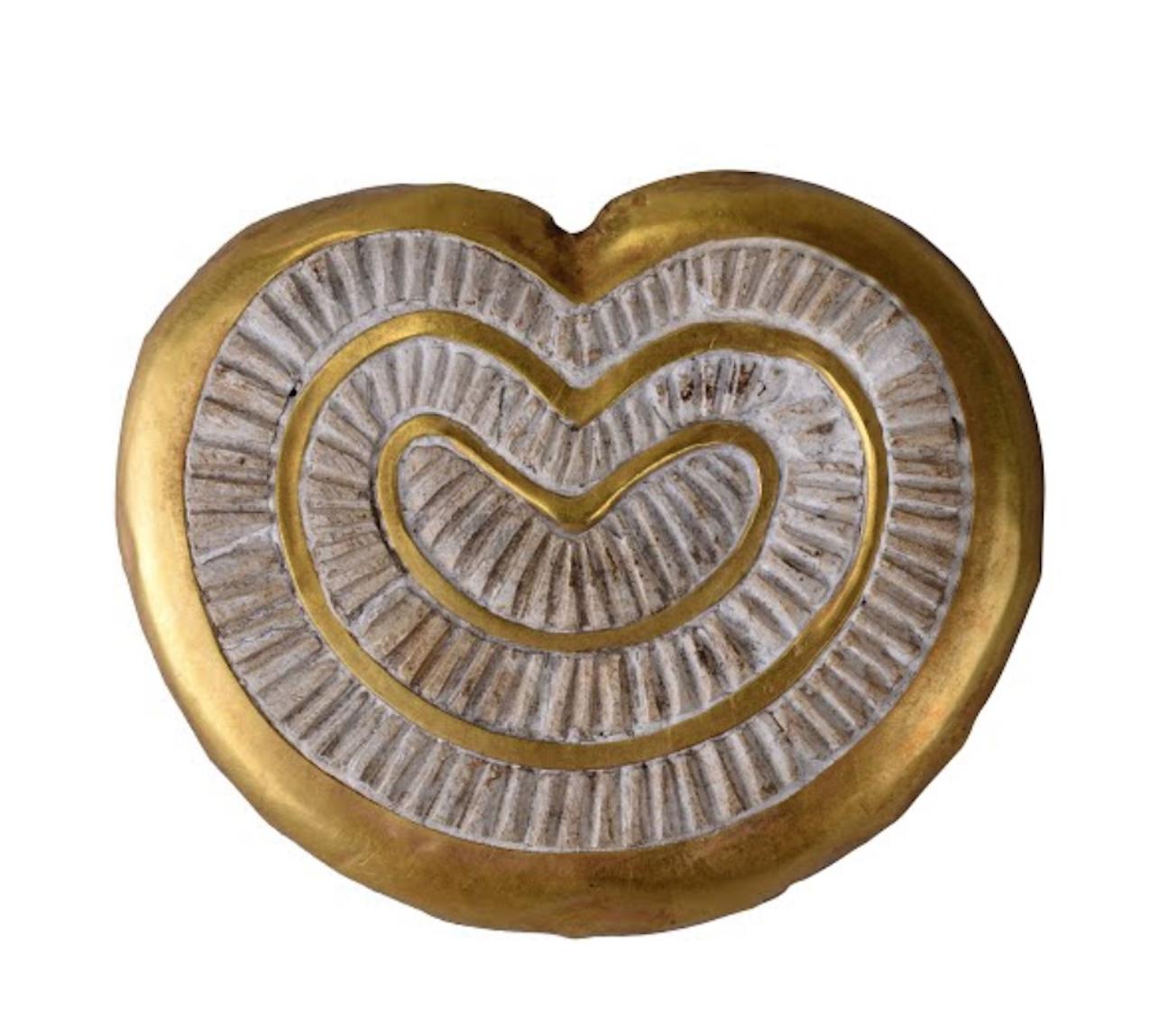 Another botanical theory involves Cyrene, a city-state in Northern Africa so well-known for its production of silphium, a species of giant fennel with culinary and medicinal uses, that its heart-shaped seed pods were emblazoned on their coins. Thought to be a contraceptive, silphium’s association with sex might have caused the heart-shape to become associated with love. 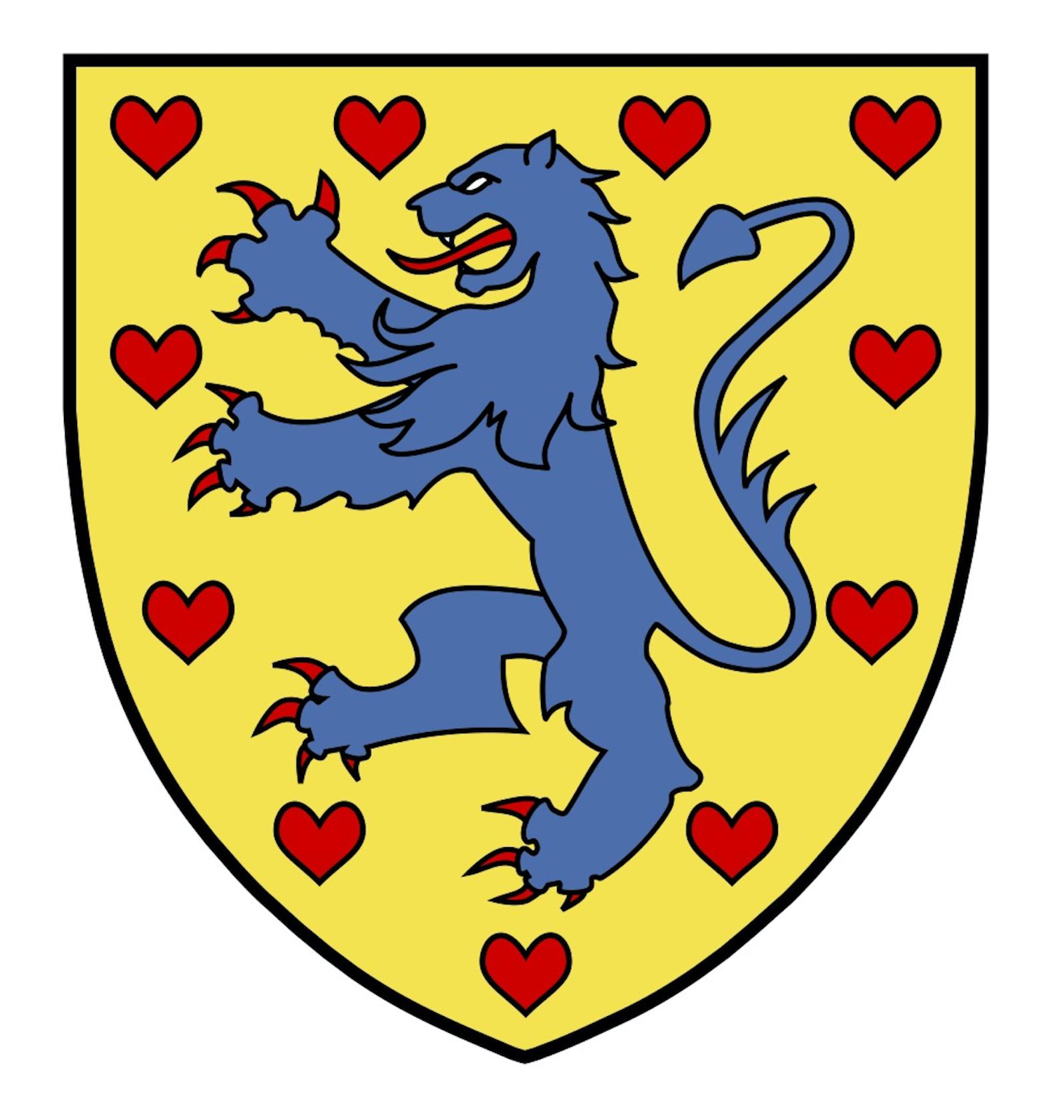 A Medieval German Coat of Arms

Some think the heart-shape is a stylized depiction of human anatomy, representing the curved shape of breasts, buttocks, or genitalia. Others think it’s inspired by ancient philosophers, who believed the heart was the seat of the soul and the emotional center, and physicians such as Galen, the second-century father of medicine, who described the heart as a three-chambered organ shaped like a pine cone.

Over time, heart-shapes remained popular in decorative art and heraldry, but did not gain a strong connection with love until the thirteenth century. The Medieval concept of courtly love led to more illustrations glorifying romance, often utilizing the heart-shape as a symbol for love. The first known depiction of a heart-shape as a symbol of love was in the 1250’s French manuscript the Roman de la poire, in which a young man holds his vaguely pine cone-shaped heart up towards his lady love. Up until the fourteenth century, the heart was usually depicted upside down. This shifted in the fifteenth century, as the heart symbol came to resemble what we use today, and became a suit on playing cards. 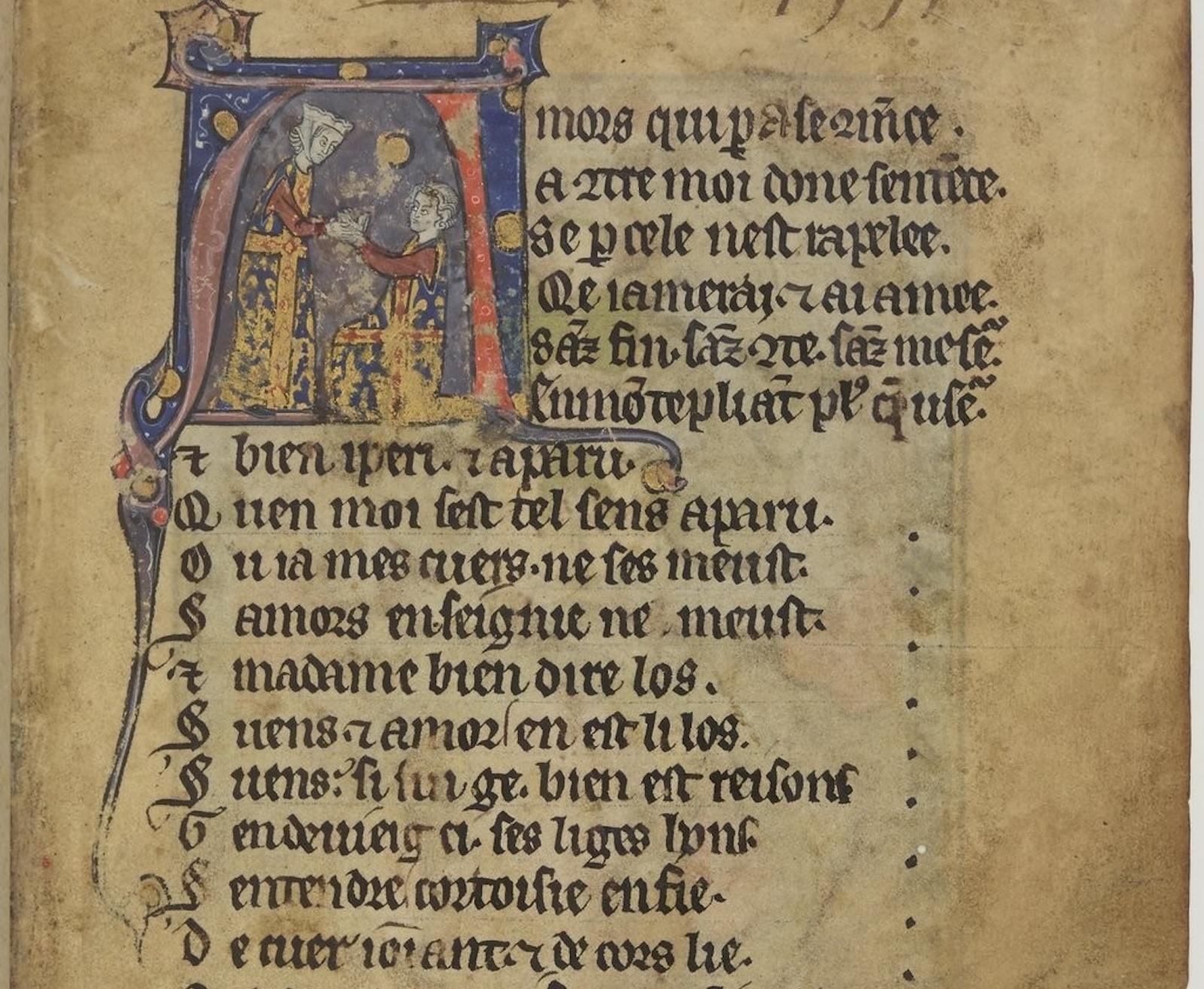 The catholic church likes to point to Saint Margaret Mary Alacoque’s 1673 vision of Jesus’ Sacred Heart, as the origin of the heart-shape, but the heart-shape was already in use. The church’s frequent depictions of this vision certainly helped popularize it, though. 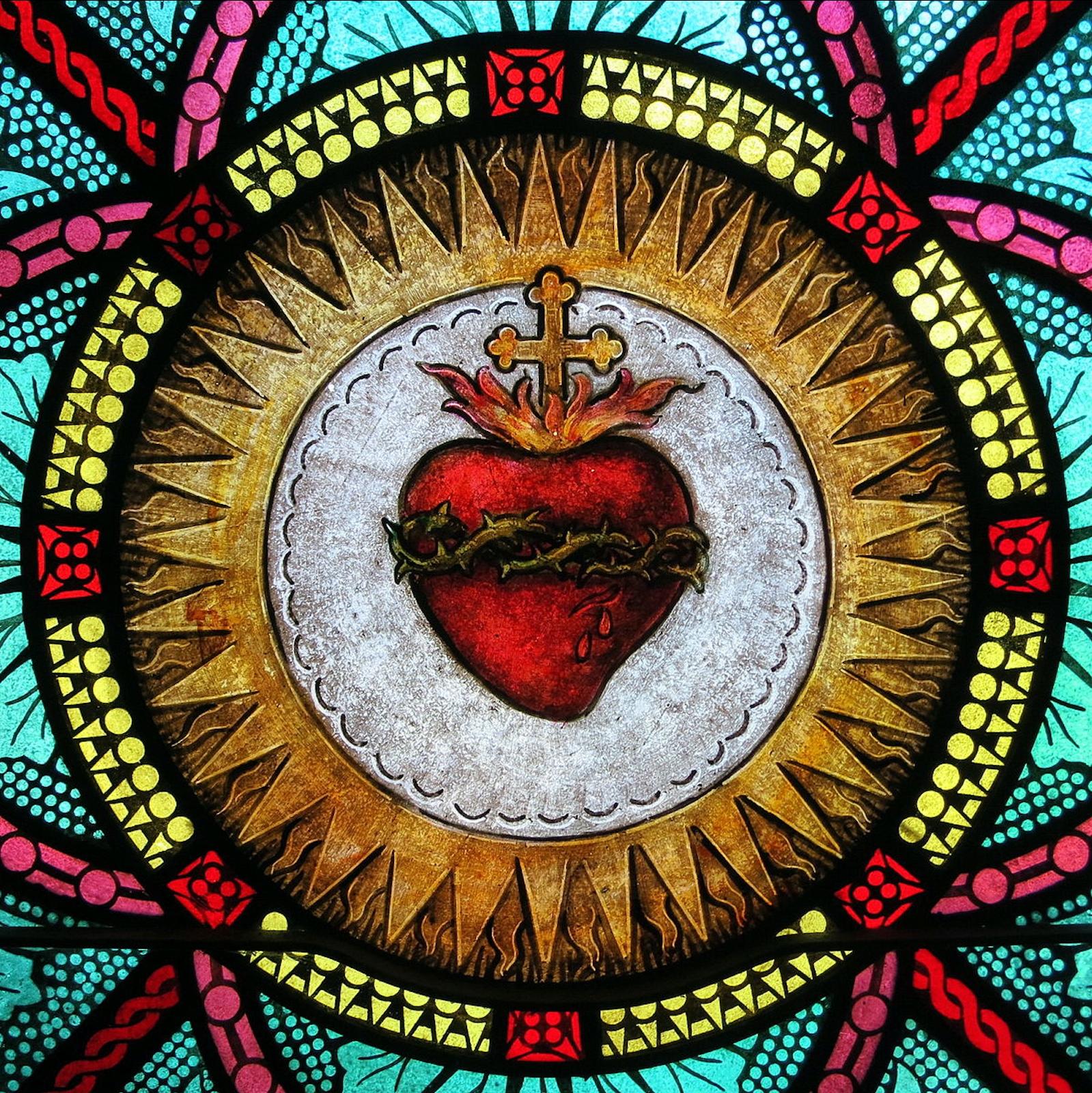 The growth of Valentine’s Day, established in 496 to honor the martyred saint who aided lovers and performed secret marriages, helped promote the heart-shape even further. Valentine’s Day gained popularity in the seventeenth century, when it involved simple love notes, often adorned with hearts. The Victorian obsession with elaborate greeting cards made Valentine’s Day into a heart-bedecked extravaganza, a custom continued by modern greeting card companies today.

In 1977, the heart-shape became a verb on the now-ubiquitous t-shirt proclaiming "I ♥ NY." Heart-shaped icons are now used to measure lives in video games and have become a nuanced shorthand for communicating a range of emotions. While the origins of this symbol are unknown, its meaning has shifted through the years, and will likely continue to evolve, just as our emotions and language do.