At TEFAF Maastricht this week, North American manuscript dealers Les Enluminuresclosed a more than $3 million deal with the Kreis Warendorf and the Sparkasse Münsterland Ost to bring the thousand-year-old Liesborn Gospels “home” to Germany. 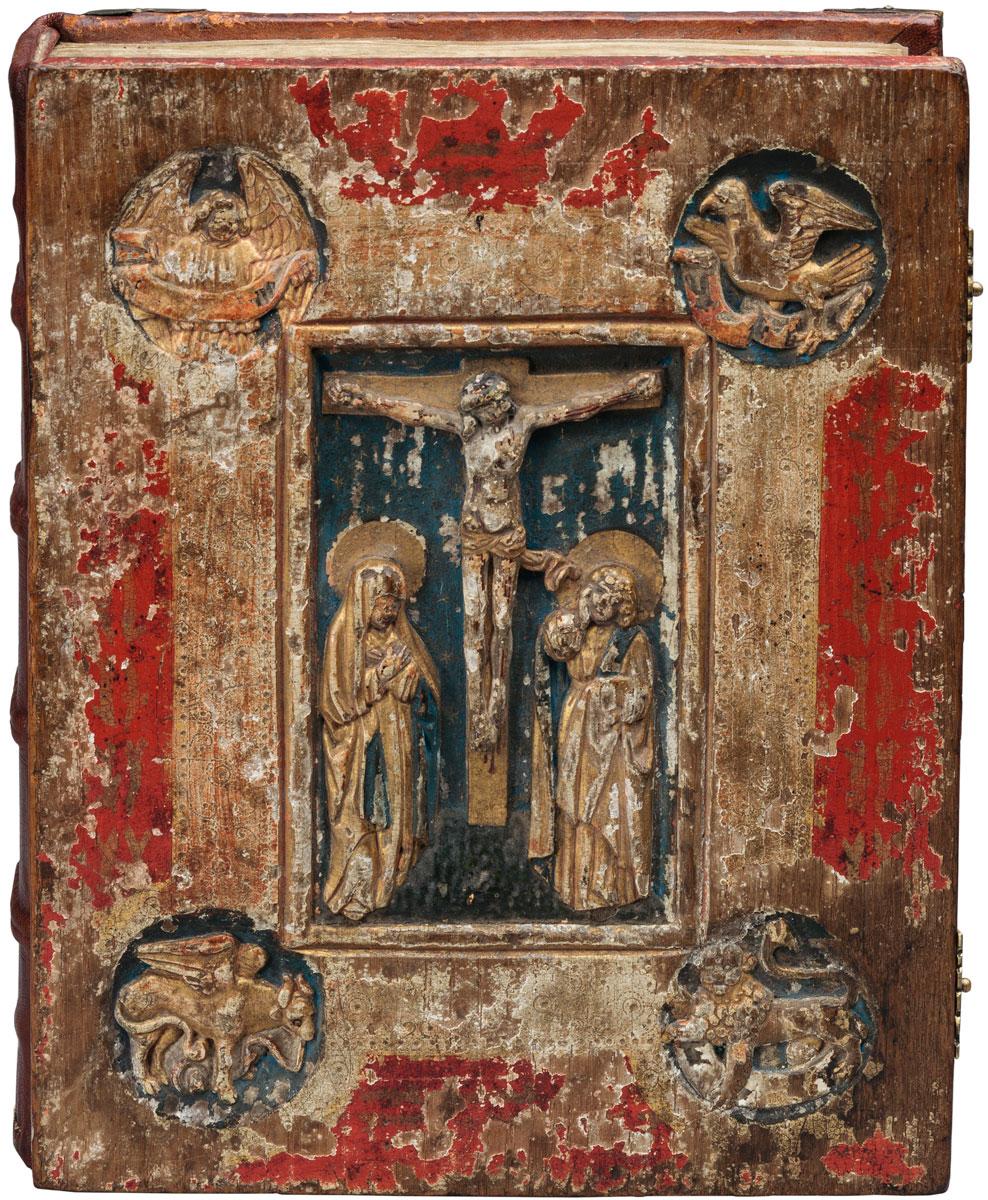 The illuminated manuscript was written and decorated on parchment around the year 980 by the scribe Gerwardus and used at Liesborn Abbey, a convent of nuns in Westphalia, a region in the northwestern part of the country. In the twelfth century, the abbey was “re-founded” as a monastery for monks. The manuscript remained tucked away until its closure in 1803, nearly a millennium after the book’s creation. It was later acquired by the famous English book collector Sir Thomas Phillips and changed hands (and lands) several times, relocating to California, Norway, and Switzerland, until its acquisition by Les Enluminures. Incredibly, the book is in “almost perfect condition” and retains its medieval wooden binding as well.

“It was until now one of the oldest manuscripts of the Gospels still in private possession,” according to a press statement. “It is always a source of very great satisfaction when a manuscript finally returns to its rightful and ancestral home,” said Professor Sandra Hindman, founder and president of Les Enluminures.