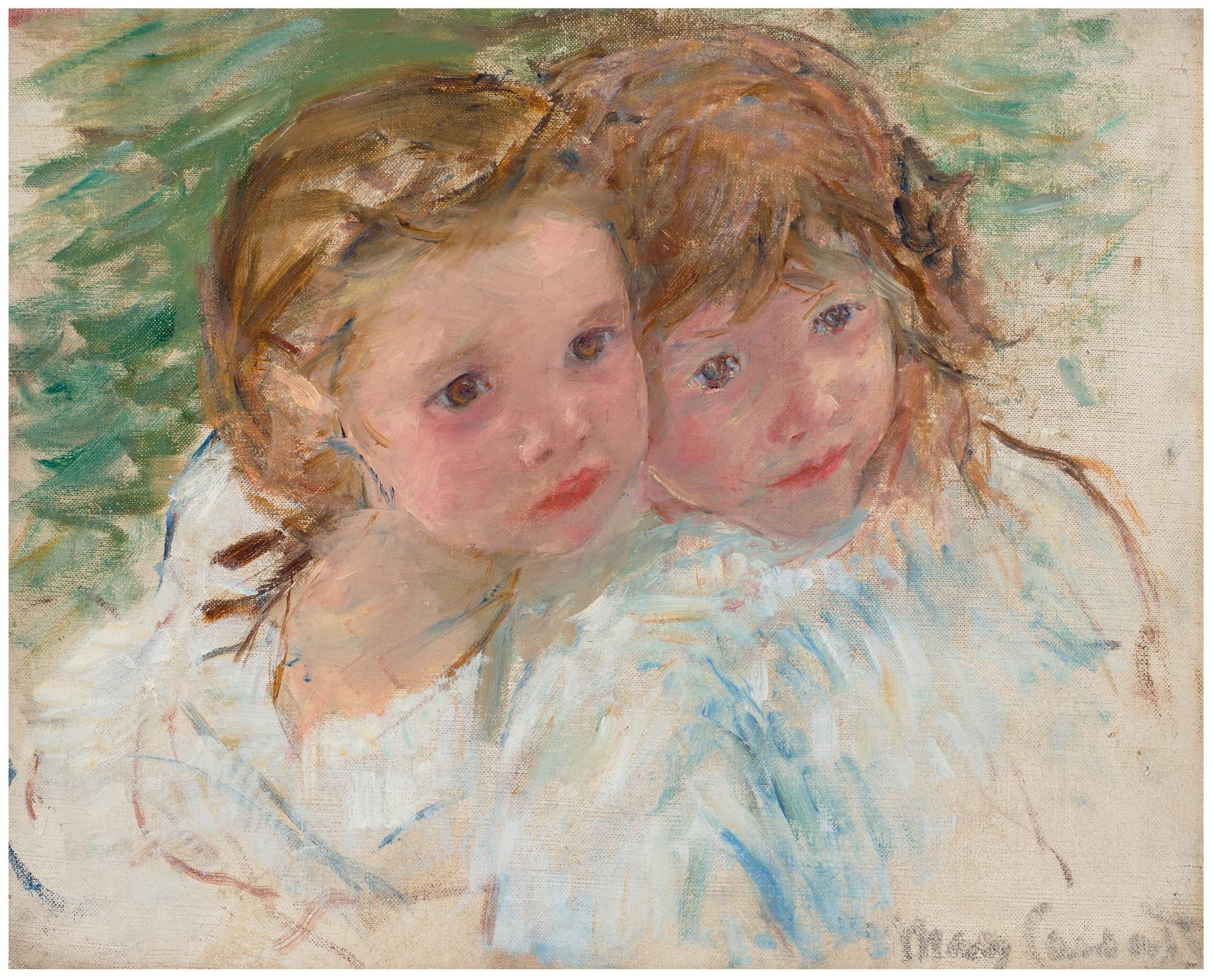 Mary Cassatt’s painting Two Little Sisters sold on Friday, August 7 for $519,000, making it the highest value lot at an online sale of American art at Christie’s in the five years they’ve held online sales in the category. The sale, which was the first for American art at Christie’s in 2020, brought in a total of $3,794,500. The sell-through rate was 74 percent by lot and 71 percent by value.

The featured eighty-seven lots including paintings, works on paper, and sculpture across genres from the Modernist paintings of Milton Avery, to Hudson River School landscapes, and American Impressionist works by Cassat, Childe Hassam, and Maurice Brazil Prendergast.

“We were excited that our online sale attracted new clients to Christie's,” said head of sale Paige Kestenman who noted that the work went to a “traditional collector of American art.” 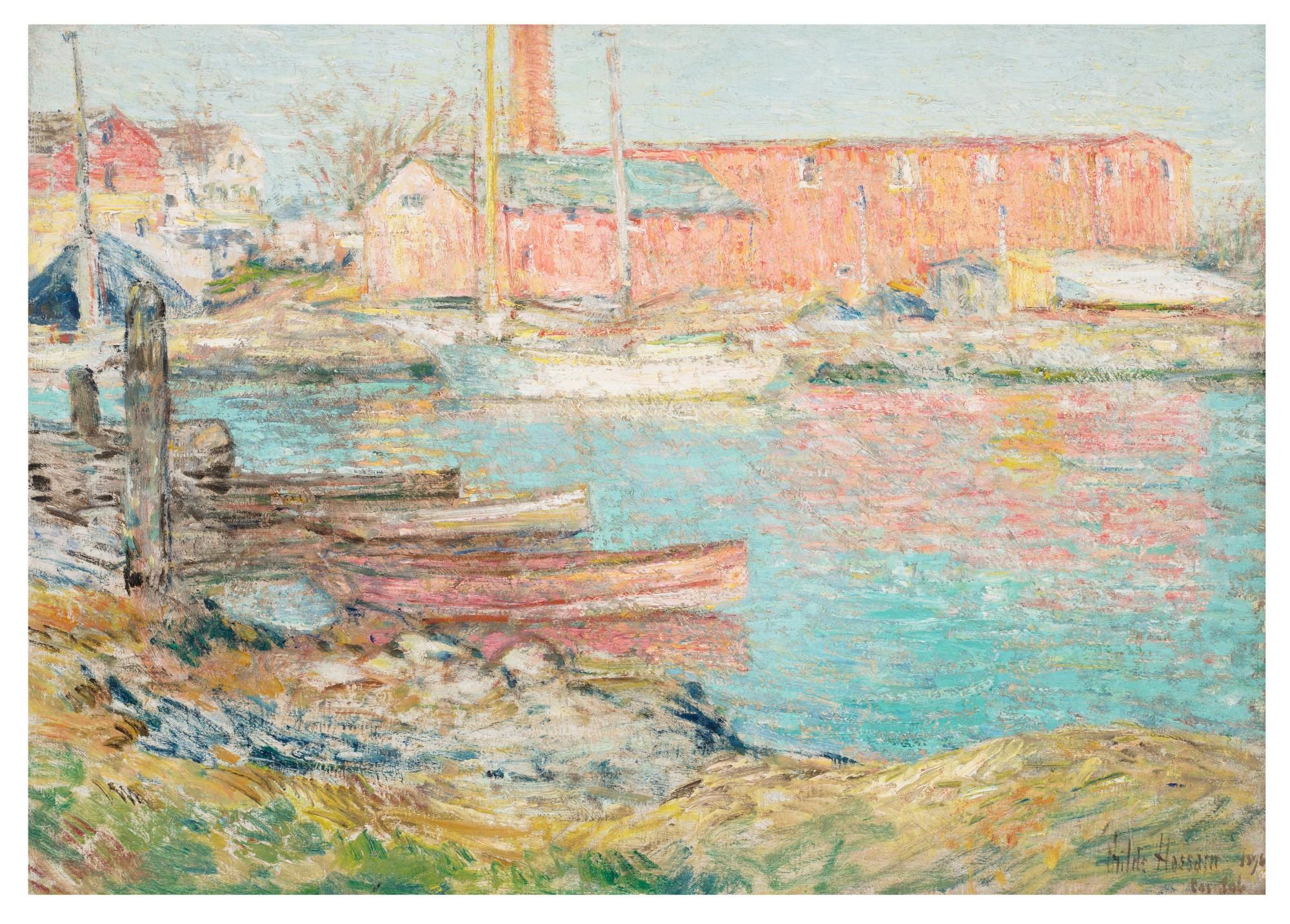 While most of the top lots in the sale fell within their estimates, including the Cassatt, Childe Hassam’s The Red Mill, Cos Cob, a walnut sculpture by Elie Nadelman, and Homer’s 1880 work The Shepherdess, there were a few that outpaced expectations. Norman Rockwell’s 1968 work Study for Orange Nip Boy (Future Leader) realized $118,750 on a $20,000 - $30,000 estimate.

“It was a newly found study that had not been previously known,” said Kestenman, and will be included as an addendum work in the Project Norman database created by the Norman Rockwell Museum in Stockbridge.

Also noteworthy was that all of the seven works on offer from the Modern Art Museum of Fort Worth to benefit the museum sold above their pre-sale estimates including Paul Cadmus’s Apple Peeler, which brought in $56,250 on an estimate of $15,000 - $25,000, and Andrew Wyeth’s Prevailing Wind, which sold for $93,750. 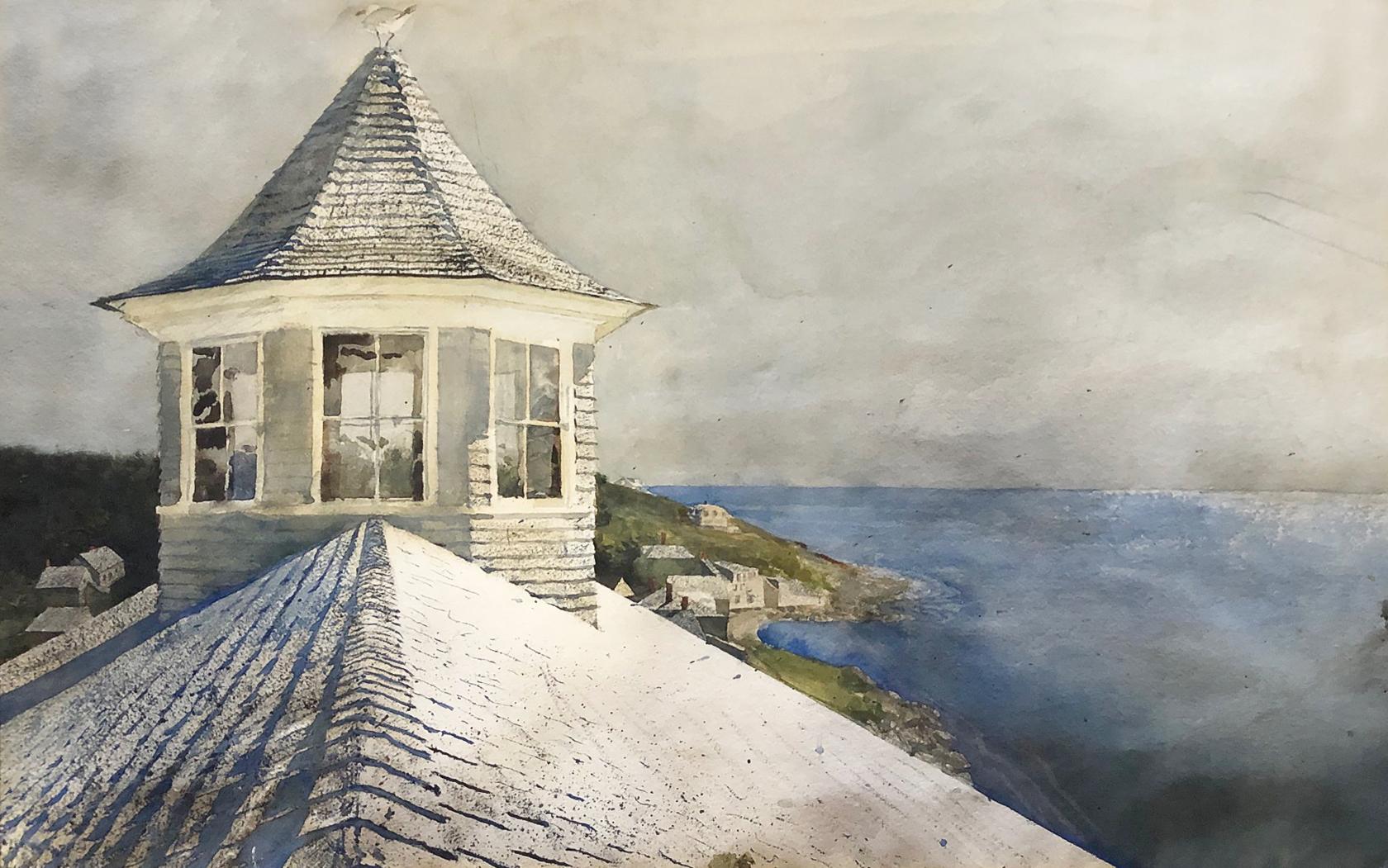 That work by the artist, who is most well-known for his painting Christina’s World, was estimated to sell for $50,000 - $70,000. Another work showing a rooftop view of Maine by his son Jamie Wyeth entitled Open Sea (1969) makes for a nice counterpoint to his father’s work, which achieved $68,750. The watercolor, created on Monhegan Island and from a roof looking out onto Fish Beach and Monhegan harbor, represents a family tradition of painting in Maine over three generations beginning with N.C. Wyeth (Jamie’s grandfather) in 1920. 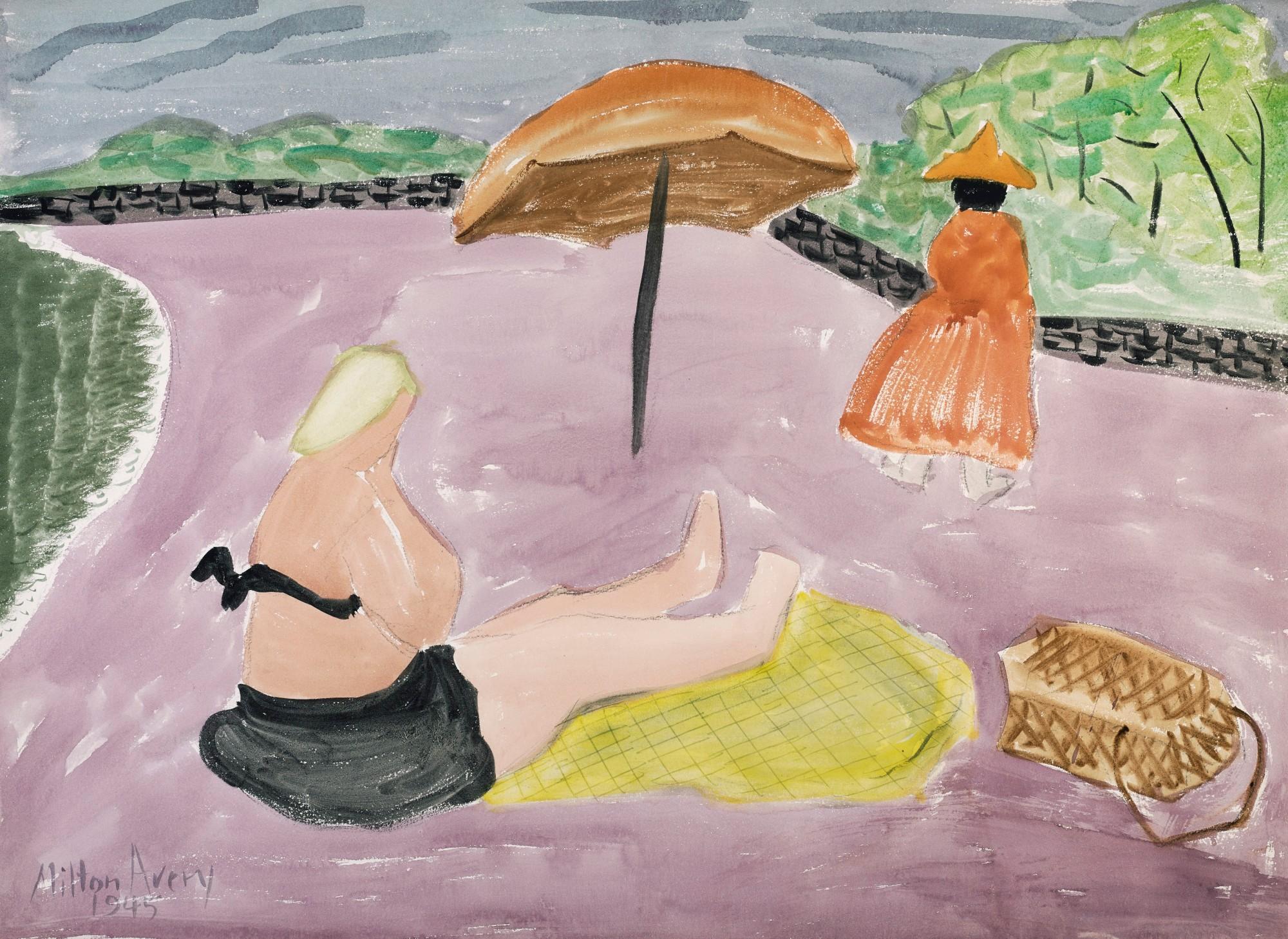 A couple of works by Milton Avery were on offer, including his stunning Lavender Beach, a watercolor on paper from 1945, which displays his penchant for bold color, simplified form and serene landscapes, qualities that made him too progressive early on and unpopular in the post-war years, when Abstract Expressionism was in vogue, for being too representational. The work is in line with his other works on paper, which have a high-water mark of $250,000 at auction with Female Artists by Sea (1944) at Christie’s in 2013. While Milton Avery’s Lavender Beach didn’t sell at auction, it found a buyer after the sale.