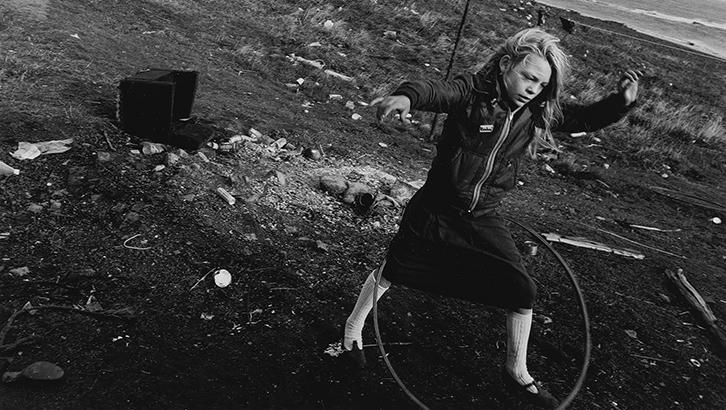 Through a significant gift of 125 photographs from the London-based collectors Claire and James Hyman, the Center expands its collection to include the work of notable modern and contemporary British photographers.

NEW HAVEN, CT (January 16, 2018)—The Yale Center for British Art has expanded its collection of photographs through a generous gift of 125 works from the Londonbased collectors Claire and James Hyman. The gift includes prints by famed British photographers Bill Brandt (1904–1983), Tony Ray-Jones (1941–1972), and Martin Parr (b. 1952), and it introduces works by Bert Hardy (1913–1995), Roger Mayne (1929–2014), Fay Godwin (1931–2005), John Blakemore (b. 1936), Colin Jones (b. 1936), Anna Fox (b. 1961), and many others who are not yet represented in the Center’s steadily growing collection. A selection reflecting the range of British photographers and approaches to the medium represented in this gift will be on display at the Center beginning on Tuesday, January 16, mounted by Assistant Curator of Photography Chitra Ramalingam. This arrangement will be on view in the second-floor galleries through March 29, 2018.

“Claire and I hope that by making this donation at such a seminal moment it will help provide a platform for the Center’s ambitions to develop its engagement with British photography,” said Dr. James Hyman. “This gift marks the continuation of a special relationship with Yale University that began in 2001, when the Paul Mellon Centre for Studies for British Art, London, in association with Yale University Press, published my doctorate The Battle for Realism: Figurative Art in Britain during the Cold War (1945–60).”

Highlights from the Hymans’ gift to the Center include British landscapes, from the layered intimacy of a riverbank in Blakemore’s Lathkill Dale, Derbyshire (1979) to the bleak, ruptured majesty of Godwin’s Meall Mor, Glencoe (1989). Several photographers whose work is included in the gift, such as Hardy, Brandt, Jones, and Jane Bown (1925–2014) worked for illustrated magazines, such as the mid-century Picture Post or the Observer, the long-lived illustrated Sunday magazine, which fostered both social documentary and graphic innovation in British photography. Prints from two Picture Post photo-essays by Hardy trace the everyday realities of wartime and postwar Britain: A Trawler in War-time, March 1942, captures fishermen trawling in the North Sea under brutal conditions, while Life in the Elephant depicts citizens of south London during the winter of 1948. Jones recorded life in postwar industrial landscapes, foregrounding British steel-working and coal-mining towns in the 1970s. Fox’s photographs document the unsettling customs and rituals of British life in a small, picturesque village in Hampshire.

The Hymans’ largesse builds on a precedent set by the Center’s founder, Paul Mellon (Yale College, Class of 1929), whose own extraordinary gift to Yale included early and rare examples of books and albums with photographic illustrations. Among the most notable are a copy of William Henry Fox Talbot’s photographically illustrated book Sun Pictures in Scotland (1845), depicting sites from the life and work of Sir Walter Scott; Relics of Old London (1875–1886), a portfolio of carbon prints by several late Victorian photographers memorializing historical London buildings in danger of demolition; and the William Field scrapbook (1895), an extraordinary album compiled by a commercial photographer to record the collective memory of his family and its relationship to the distant past. The newly acquired prints complement the Center’s rich collection of historic photographs and drawings made with optical devices, such as the camera obscura and camera lucida, which both played a key role in the genesis of photography.

“We are deeply grateful to the Hymans for advancing the Center’s collection of modern and contemporary British photographs. Their magnificent gift includes works by many notable practitioners new to the institution’s holdings,” said the Center’s director, Amy Meyers. “Their generosity comes at an opportune moment, since we have begun to develop our collection of photographs both actively and strategically to represent the wide breath of the medium, as well as its historical and social significance to British culture.”

In addition, Ramalingam noted, “the Center wishes to build its photography collection in innovative ways that reflect not only the multifaceted nature of photography as a practice but also the complexity of Britishness at this moment in history. The photographs included in the Hymans’ gift compel us to examine both these questions, as the Center launches research projects and exhibitions that deepen our understanding of the material, aesthetic, and social history of photography.”

Currently, the Center houses more than six thousand photographs, including works in books and albums, and cartes de visite. Over the last decade, the institution has made a firm commitment to expand the breadth and depth of its holdings in this area, with works that range from early photographic experiments to contemporary innovations with the medium: from a cameraless salt print by William Henry Fox Talbot (1800–1877) to a digital print by Yinka Shonibare MBE (RA) (b. 1962).