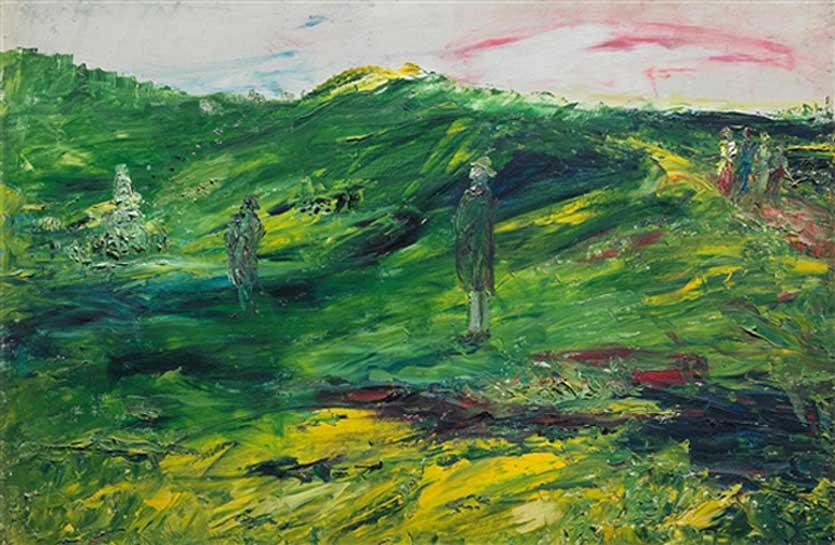 The large work (36x24 inches) depicts the natural amphitheater at the Curragh in County Kildare where, in 1815, the Irish boxer Dan Donnelly defeated the English champion, George Cooper. Boxing was a passion for the sports-mad Yeats, and Donnelly's Hollow is one in a series of paintings that revisited in maturity the obsessions of the artist's youth.

-"Demolition Squad" by William Roberts (1895-1980) which sold for £125,000 against its pre-sale estimate of £50,000-70,000. Although not an official war artist, Roberts nevertheless produced a number of works during World War II emphasizing the effect of the conflict on daily life on the Home Front.

Bonhams Director of Modern British and Irish Art Matthew Bradbury said, "In a strong sale, the world record for John Minton's beautifully realized Neo-Romantic Summer Landscape stood out. The artist's appeal at auction has been steadily growing, and I am not surprised that there was such fierce competition to secure it."