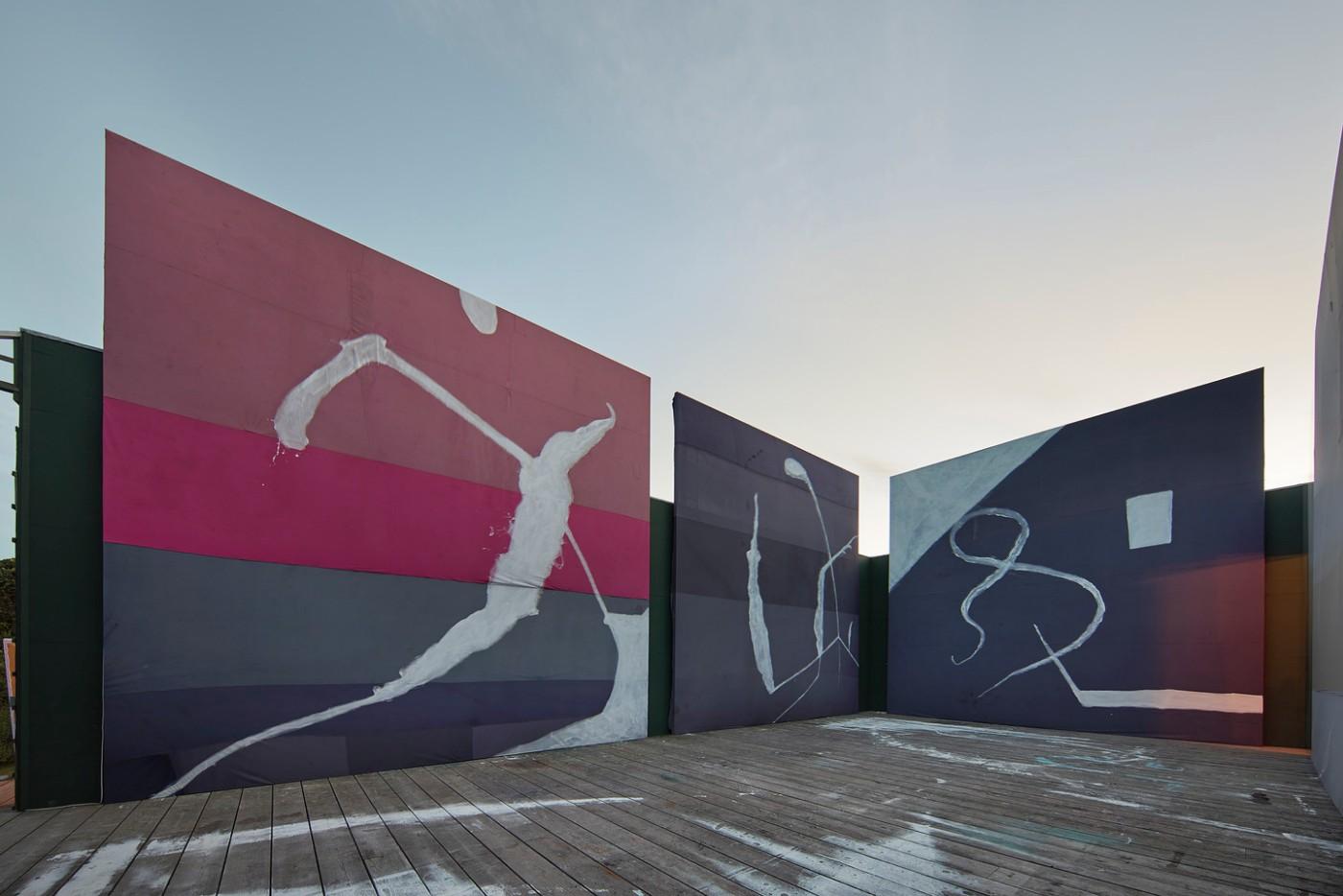 “The paintings in the exhibition epitomize much of what are the essential characteristics of the smallest and most nascent proposals of how imagery, drawing, and material function in my painting. This is as far as I can take painting — this week.”
— Julian Schnabel

SAN FRANCISCO – The Fine Arts Museums of San Francisco (FAMSF) are proud to present an important and unusual exhibition by one of the most significant painters of our time. Julian Schnabel’s first exhibition at a US West Coast institution in over 30 years will feature new, large-scale paintings, occupying the Legion of Honor’s open-air courtyard. Inside, the museum's neo-classical galleries will play host to three series of paintings from the past three decades, rarely seen before by the public. The exhibition is part of FAMSF’s newly formed contemporary art program, which creates dialogues between living artists and the buildings, locations and collections of the Legion of Honor and de Young.

Max Hollein, Director and CEO of the Fine Arts Museums of San Francisco and curator of the exhibition states: "Since 1978, Julian Schnabel has transformed what painting is, what a painting can be, and how paintings can be done. The sculptural physicality, complex materiality, and unique pictorial language of Schnabel’s works create an emotionally charged and poetic environment for the viewer, which is simply revelatory. Extraordinary in many aspects, his new paintings at the Legion of Honor will be an arrangement in a challenging arena, fostering many of the elements that make his work so outstanding."

Julian Schnabel: Symbols of Actual Life will begin before visitors even enter the Legion of Honor. Placed around the vast outdoor colonnade of the museum’s courtyard will be six 24-by-24-foot paintings, architectural and monumental in scale, yet part of an ephemeral natural cycle. Painted on found, tarp-like material in the artist’s outdoor studio, they will be exposed to the elements over the four-month run of the exhibition, thus absorbing their own exhibition history.

Inside the museum the exhibition will present eight paintings from three distinct bodies of work; showing the artist’s evolved, yet coherent practice. His unorthodox, highly experimental approach to the use of materials, gestures and form is explored in audaciously scaled and shaped paintings that oscillate between abstraction and figuration. Using a vast array of sources, Schnabel continuously incorporates a diversity of found materials into his works: broken plates, textiles such as Kabuki theater backdrops, sails, tarpaulins, and velvet. Images, names, and fragments of language; and thickly applied paint, resin, and digital reproductions are distributed across surfaces and support.

A recent series of abstractions are painted on material, burnt by many hours of exposure to sunlight while covering stalls in a fruit and vegetable market in Mexico. Works from Schnabel’s The Sky of Illimitableness series (begun in 2012 as a posthumous tribute to Mike Kelley) feature a surrealistically outsized goat — his nod to Diego Velázquez’s A White Horse (1635) — superimposed onto reprints of nineteenth-century wallpaper. The series samples Schnabel’s frequent embodiment of classical pictorial elements and his treatment of paintings as time capsules.

Paintings from Schnabel’s Jane Birkin series (1990) are shaped like the felucca sails the artist encountered during his travels in Egypt, their canvases sourced from the sail cloth Schnabel acquired from the sailors. The boat’s name, Jane (already inscribed on the sails), reminded Schnabel of the actress Jane Birkin, and he incorporated her last name along with abstract marks in oil and gesso into his works. Presented in the three galleries dedicated to sculpture by Auguste Rodin, the exhibited works represent Schnabel’s response to the physical space and to the eternal themes of desire, love, suffering, death, and redemption that pervade the collection at the Legion of Honor.

Tickets
This exhibition is included in general admission. For adults tickets are $15. Discounts for students, youth, and seniors are available. Members and children five and under receive free admission. More information regarding tickets can be found at legionofhonor.famsf.org/visit-us.

Exhibition Organization
This exhibition is organized by the Fine Arts Museums of San Francisco.