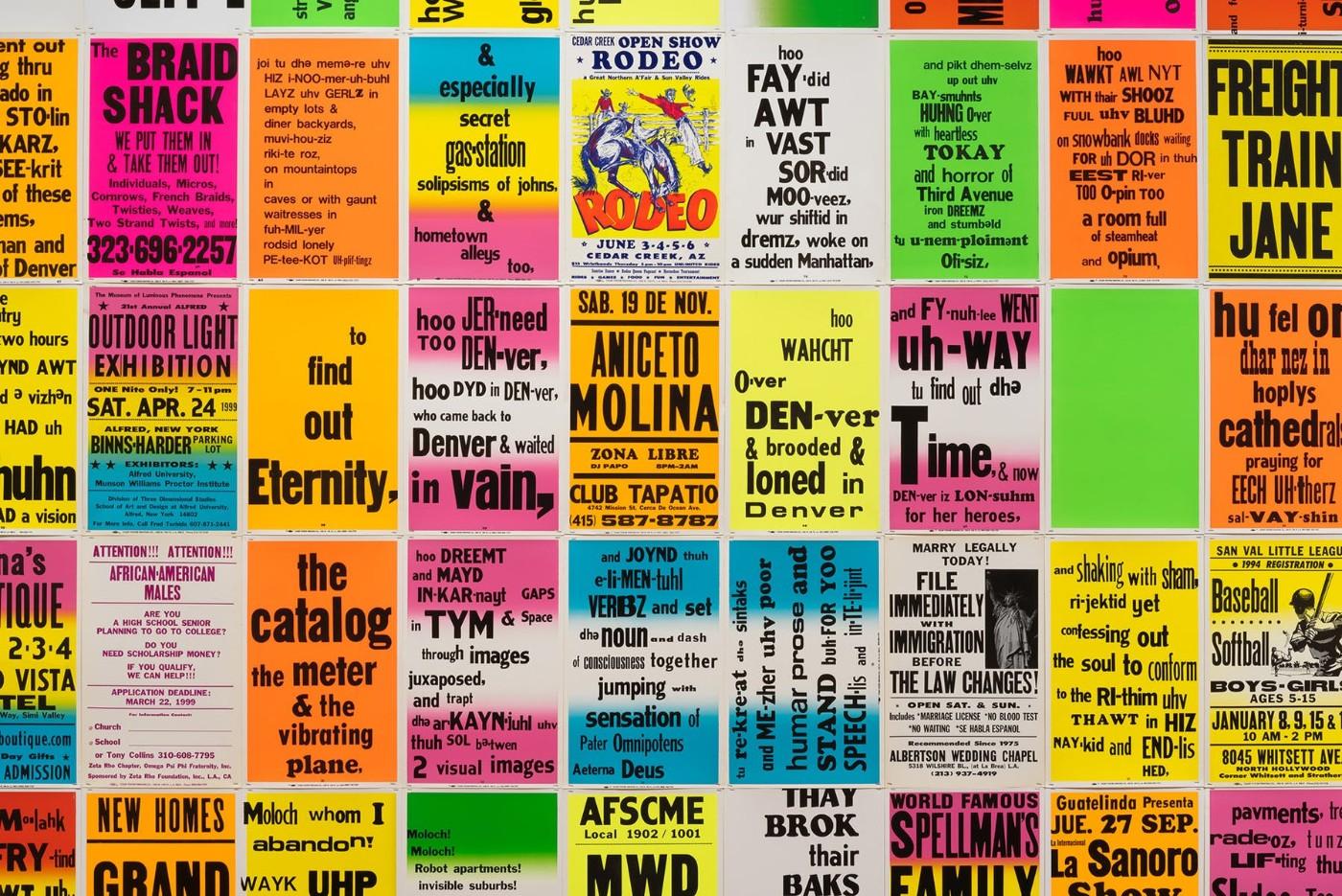 The Walker Art Center is pleased to announce the upcoming presentation of a major retrospective on the work of American artist Allen Ruppersberg (b. 1944), who has not been the subject of a comprehensive US survey for over 30 years. Allen Ruppersberg: Intellectual Property 1968-2018 is an opportunity to experience the artist’s work with unprecedented breadth and depth. Many of the works included, from private and public collections in Europe and elsewhere, have never before been exhibited in US museums. On view at the Walker from March 17 – July 29, 2018, the exhibition will travel to the Hammer Museum, Los Angeles from February 10 – May 12, 2019.

One of conceptual art’s most rigorous and inventive practitioners, Ruppersberg is among the first generation of artists to espouse a method of working privileging ideas and process over traditional aesthetic objects. Born in Cleveland, Ruppersberg moved to Los Angeles in the mid-1960s, where he became active in an emerging art scene led by artists such as John Baldessari, Ed Ruscha, William Leavitt, and others exploring the interface of language, image, and idea filtered through the lens of mass culture. By the mid-1970s, he was actively working between Los Angeles, New York, and Europe. Ruppersberg’s projects, wide ranging in media and approach, have always had at their center a focus on the American vernacular—or, as the artist characterizes it, the “vocabulary of the ordinary”—its books, music, popular images, and ephemera. Perhaps more than any other artist of his generation, he has mined the nuances of culture through its visual details, unsung conventions and modes of the everyday, often welcoming the involvement of the viewer as social participant, an aspect of his work that has had particular resonance with a younger generation of artists.

Featuring more than 120 works made over the past 50 years, the Walker exhibition includes Ruppersberg’s photo works combining text and image, early assemblage sculptures, and his groundbreaking environments Al’s Cafe (1969) and Al’s Grand Hotel (1971), participatory projects that helped put Los Angeles on the map as a center for conceptual art. Since the 1970s, the artist has drawn from his vast archive of books, newspapers, records, films, and ephemera—to create work ranging from meticulously detailed drawings of books to collages made from calendars to sculptures derived from vintage comics. The exhibition also includes a progression of the artist’s more recent, immersive installations featuring such materials as commercial advertising posters, large-scale photographs, and hand-painted signs.

In conjunction with the exhibition, Ruppersberg’s You & Me (2013)—a public artwork first shown as a billboard next to New York’s High Line—will be featured in the Target Project Space, an exhibition space adjacent to the Walker’s restaurant Esker Grove.

Join Allen Rupperberg and Aram Moshayedi, Curator at the Hammer Museum Los Angeles, for a discussion about the opening of his retrospective and his playful and thought provoking practice.

Find the intersections between art, books, and poetry while learning about the work of Allen Ruppersberg. You can make your own book and write a poem in a poetry workshop.

Gallery admission is free for everyone on the first Saturday of each month from 10 am to 6 pm, with a variety of family activities scheduled from 10 am to 3 pm.

You and a book are invited to a silent reading party in the installation “The Shoes Are Centered on the Shelf” (Allen Ruppersberg, 2018)! For this one night only, the gallery will transform into a special space for reading, hosted by Coffee House Press. Looking for something new to dive into? We’ve got you covered. Check out a book at our pop-up library, featuring volumes from Coffee House Press and the Walker Library.

“The Shoes Are Centered on the Shelf” (2018)
As part of his retrospective, Ruppersberg was invited to explore the Walker’s library and archives to create a new piece. He visited periodically over the course of several years, pouring over boxes of ephemera, including newspaper clippings, invitations, and printed material collected by the museum over the course of many decades. He assembled items of interest on the color copier, creating photo-collages to fill the walls of the exhibition’s final gallery. Commissioned by Walker Art Center, 2018.

Enjoy free gallery admission every Thursday night from 5 to 9 pm.

Explore the richly layered works in Allen Ruppersberg: Intellectual Property 1968–2018 on an after-hours member tour, followed by small bites and drinks from the cash bar. RSVP online or call 612.375.7655.