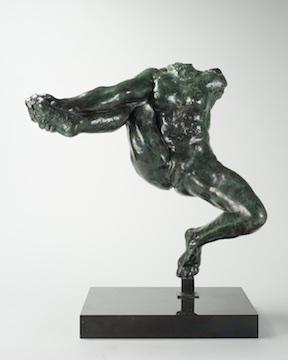 November 2, 2017 (New York, NY) – The second edition of TEFAF New York Fall came to a close yesterday, November 1, 2017, at the historic Park Avenue Armory, following six days of steady, strong sales and attendance from international art-world and academic leaders, collectors, and the public. The Fair presented 95 of the world’s top art and antiques dealers, including a dozen new participants, with museum-caliber fine and decorative arts ranging from antiquity to the early 20th-century, fostering a rare, diverse and vibrant visual experience.

"We had an unprecedented number of museum curators and buyers from across the nation that just don’t come to other fairs,” said Abby Graham, Owner, Taylor | Graham (USA; stand 85). “We made a number of sales, but what was interesting is that there is a buoyant market and appreciation for exceptional 19th-century works.”

One of the star sales of the Fair was made by Carlo Orsi – Trinity Fine Art (Italy, UK; stand 83), which sold a plaster copy of Anthony Canova’s (1757-1822) Rezzonico Genio, 1793, believed to be the only work of its kind on the market, for an asking price of $4 million.

Martin Clist, Managing Director, Charles Ede (UK; stand 14), noted: "We had our best start of any fair we've done in the USA, and sales continued to be strong over the next few days. The clients and the attendees in New York have a high degree of sophistication."

Also on view was an exhibition of never-before-seen large-scale photographs by contemporary artist Vera Lutter (b.1960), on loan from the Los Angeles County Museum of Art (LACMA) entitled Painting on Paper: Vera Lutter’s Old Master Photographs. Two packed special events accompanied the exhibition as part of TEFAF New York Fall’s cultural programming in the Armory’s Empire Restaurant, Board of Officers Room: a conversation with LACMA CEO and Director Michael Govan and Thomas Marks, Editor, Apollo Magazine, and a dialogue between Lutter and LACMA Curator Emeritus, and former Chief Curator of European Painting and Sculpture J. Patrice Marandel about her work.