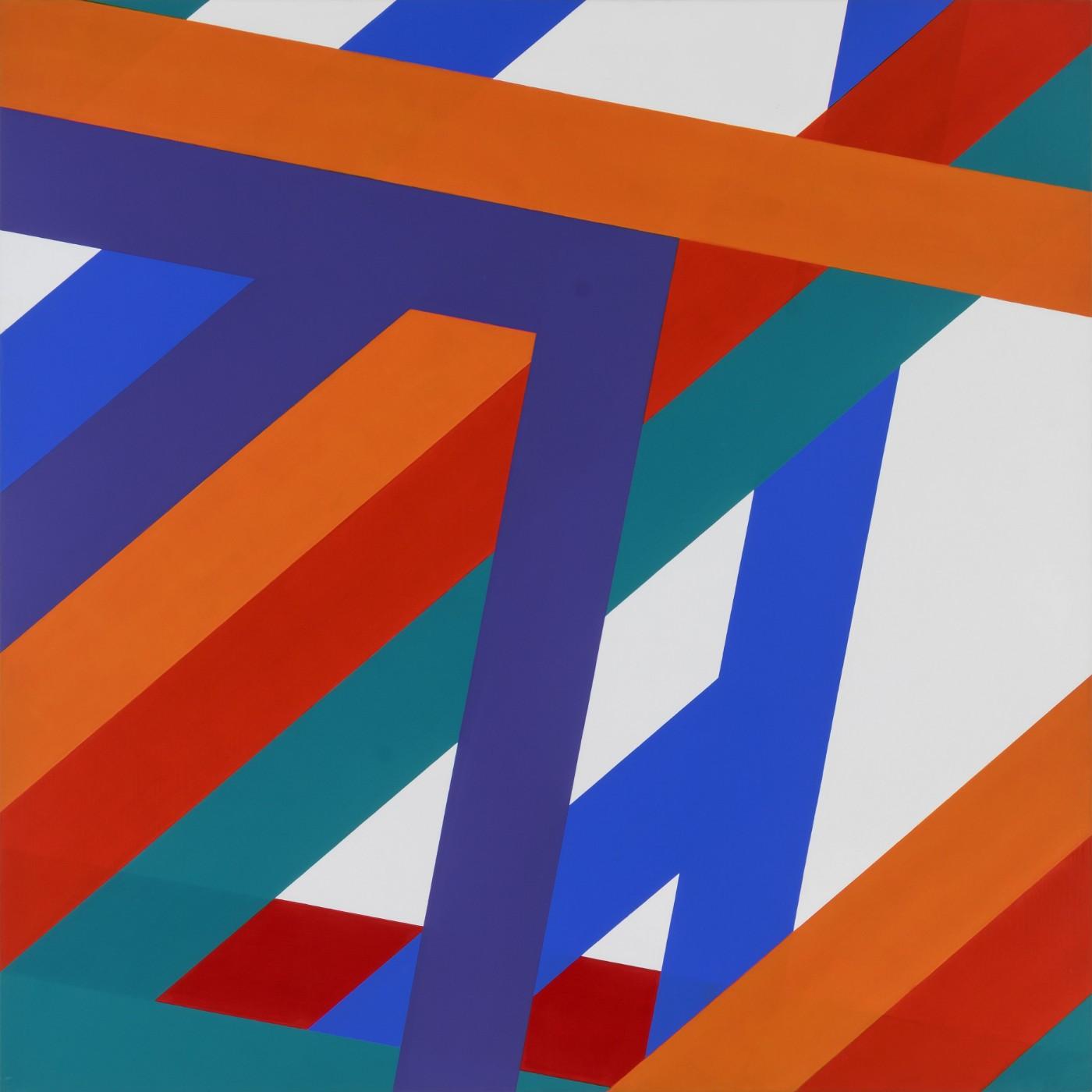 Open through 5 July 2020, Tate Modern showcases the pioneering and playful work of Dóra Maurer (b.1937, Budapest) in a year long, free exhibition. This is the first UK survey to celebrate Maurer’s five-decade career, bringing together 35 works from her conceptual photographic series and experimental films to her colourful graphic works and striking geometric paintings. It opens alongside a selection of new free displays across Tate Modern, including Sol LeWitt, David Goldblatt and Franciszka and Stefan Themerson. 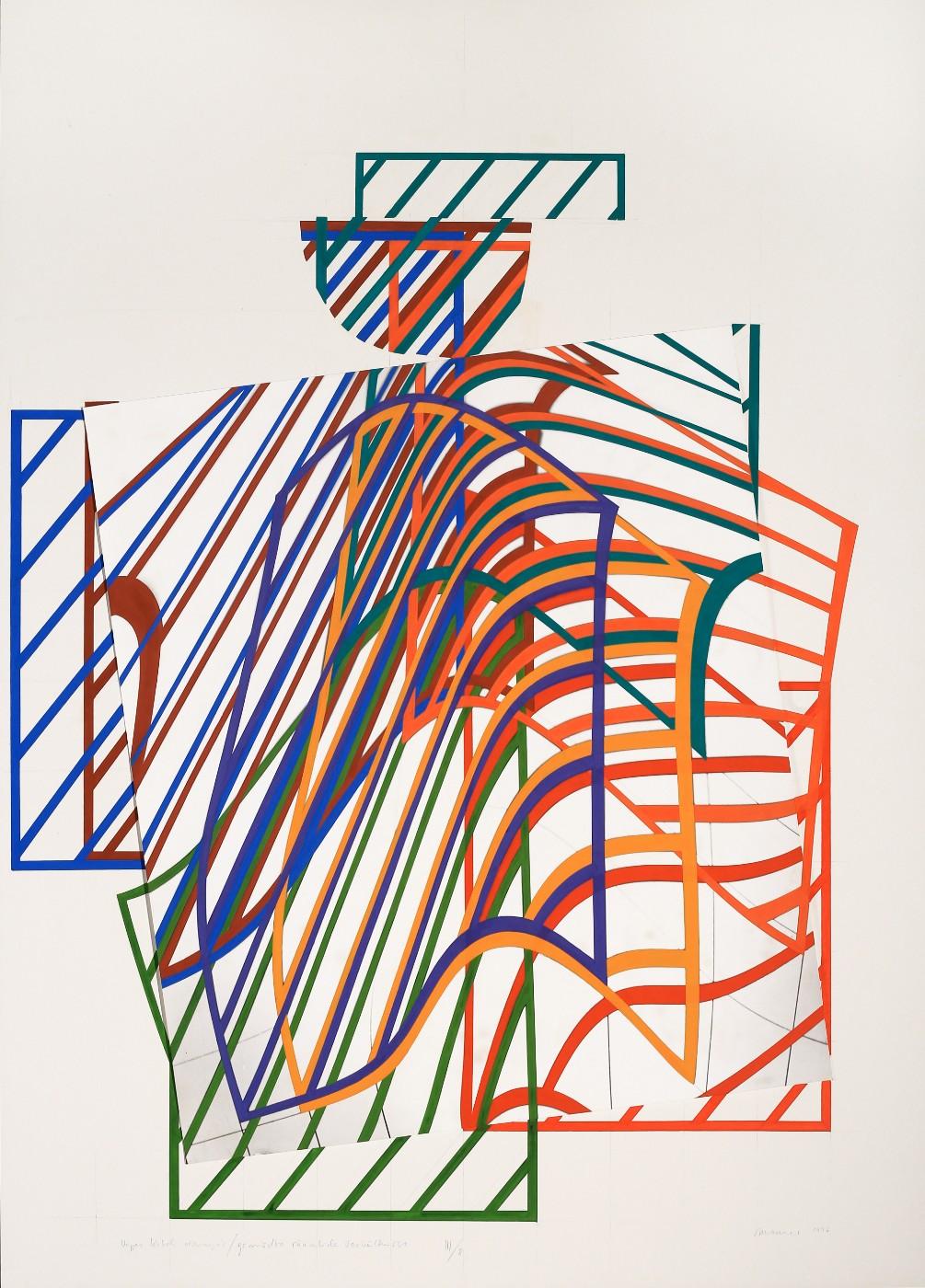 Dóra Maurer emerged as part of a generation of neo-avant-garde Hungarian artists in the 1960s, pursuing highly experimental work in parallel to the ‘official’ art system of the socialist regime. As an artist, teacher and curator she developed an international network across Europe and became a hugely influential figure for younger artists. The five room show at Tate Modern will span this diverse career, focusing on the themes of movement, displacement, perception and transformation that she continues to explore in her work today.

Trained as a graphic artist and printmaker in the 1950s, Maurer quickly began pushing the medium to its limits in her early works. The innovative Seven Foldings 1975, for example, involved folding an aluminium printing plate seven times before taking an impression. She then moved towards conceptual photographic series and experimental filmmaking, often exploring abstract sequences and the analysis of everyday gestures. Tate Modern will showcase five of these films from the 1970s and 80s, including Triolets 1981 and Timing1973/1980, which feature the repetition of activities, movements and rotations that have become characteristic of Maurer’s practice.

As her work became more geometric and abstract, Maurer explored system-based painting and the way in which geometric forms are affected by colour and perception. In 1983, a commission for a site-specific project at Schloss Buchberg, near Vienna, gave her the opportunity to expand her painting into three-dimensional space, marking an important shift in her work. Alongside documentation of this commission and several dynamic paintings from the 1980s and 90s, Tate Modern’s exhibition will culminate in a room of Maurer’s recent works, most of which have never been shown in the UK. These large-scale paintings are characterised by bold colour and geometric forms, including Stage II 2016, a six-metre-long work in which brightly coloured shapes create a sense of rhythmic three-dimensional movement through space.

This exhibition joins many new free displays opening at Tate Modern this summer. These will include a series of graphic woodcut prints by Sol LeWitt (1928-2007) and a room of recently acquired photograms, films, painting and drawings by Polish émigré artists Franciszka Themerson (1907–88) and Stefan Themerson (1910–88). New photography displays will include Mitch Epstein’s (b.1952) large-scale photographs of American industry and landscape, Naoya Hatakeyama’s (born 1958) atmospheric nocturnal streetscapes, and David Goldblatt’s (1930-2018) powerful images of apartheid South Africa.

Dóra Maurer is curated by Juliet Bingham, Curator International Art and Carly Whitefield, Assistant Curator Film, and is supported by the Dóra Maurer Exhibition Supporters Circle. It will be accompanied by a fully illustrated catalogue from Tate Publishing. A film programme placing Maurer’s work in the context of the experimental Béla Balázs Studió in Budapest takes place in January 2020 alongside an in-conversation between Dóra Maurer and Frances Morris, Director, Tate Modern.