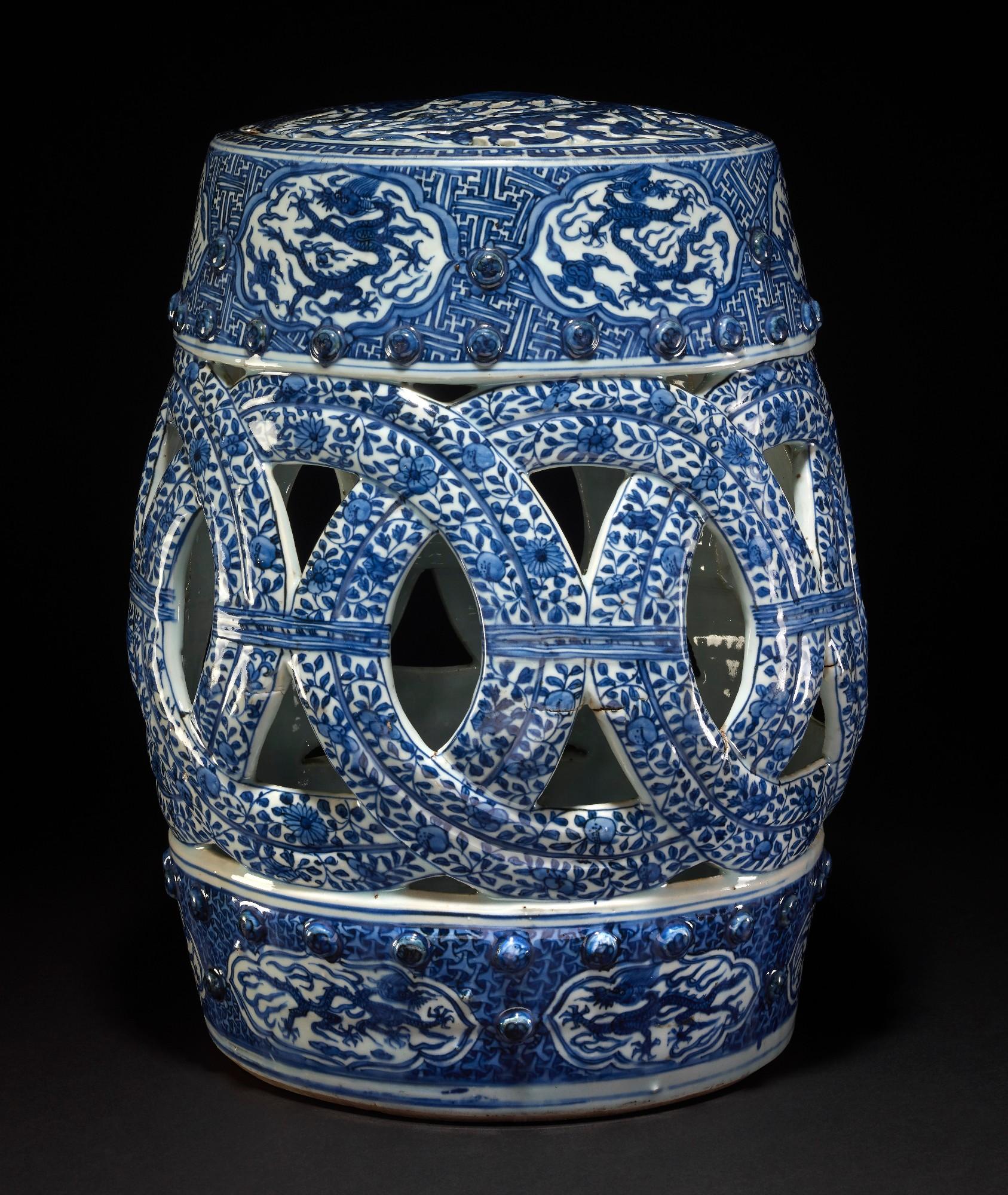 One of the largest porcelains in the Sir Percival David Collection held at the British Museum, a beautiful glazed blue and white garden seat dating from the Ming dynasty (1368–1644), is set to tour the UK in 2020. This marks the first time that the seat has been lent to an external venue in the UK, presenting a rare opportunity to view the object outside of London as part of the British Museum’s National Programmes.

Traveling to museums in Manchester, Newcastle and Exeter, a variety of programming will be on offer at each venue to coincide with the British Museum Spotlight Loan, ranging from bespoke workshops to community engagement and lectures for university students. Each venue will display A Ming Emperor’s seat in a different context, ranging from the seat’s botanical connections to other cultures from around the world, utilizing each museum’s own collections. 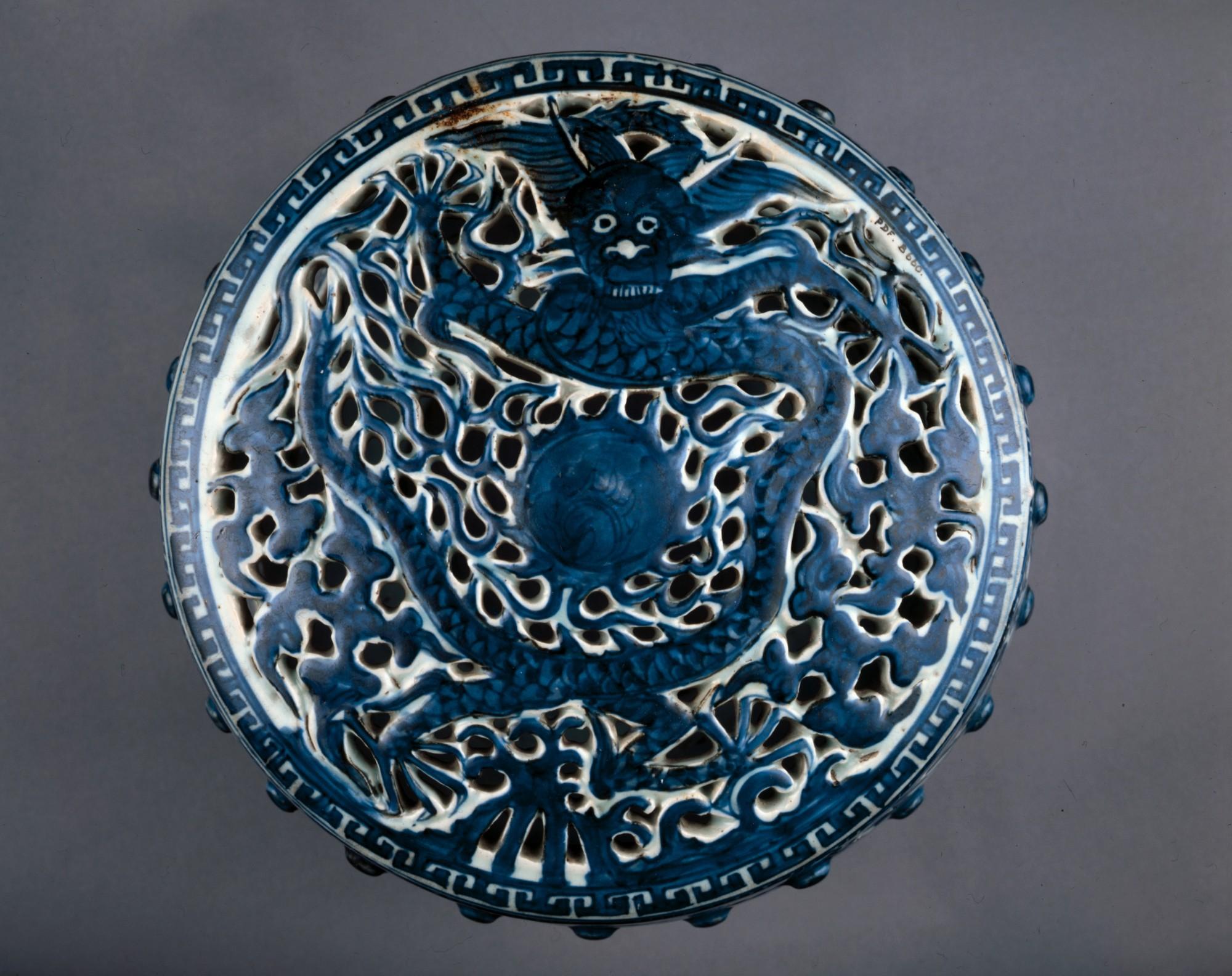 The garden seat was made for the court of the Wanli Emperor (r.1573–1620), one of the longest reigning of all the Ming dynasty emperors. Crafted in Jingdezhen, the porcelain capital of China for over a thousand years, the seat gives an invaluable insight into Chinese court culture. Measuring nearly half a meter high, the large hollow seat may have been moved from inside court to the surrounding gardens, reflecting the needs of court life. The object features blue dragons surrounded by clouds, waves and a flaming jewel. Dense patterns of leaves and flowers ornament the sides which are pierced with intricate rings. The use of a dragon is significant because in China, dragons are used as an auspicious motif and as a shorthand symbol for the emperor himself. 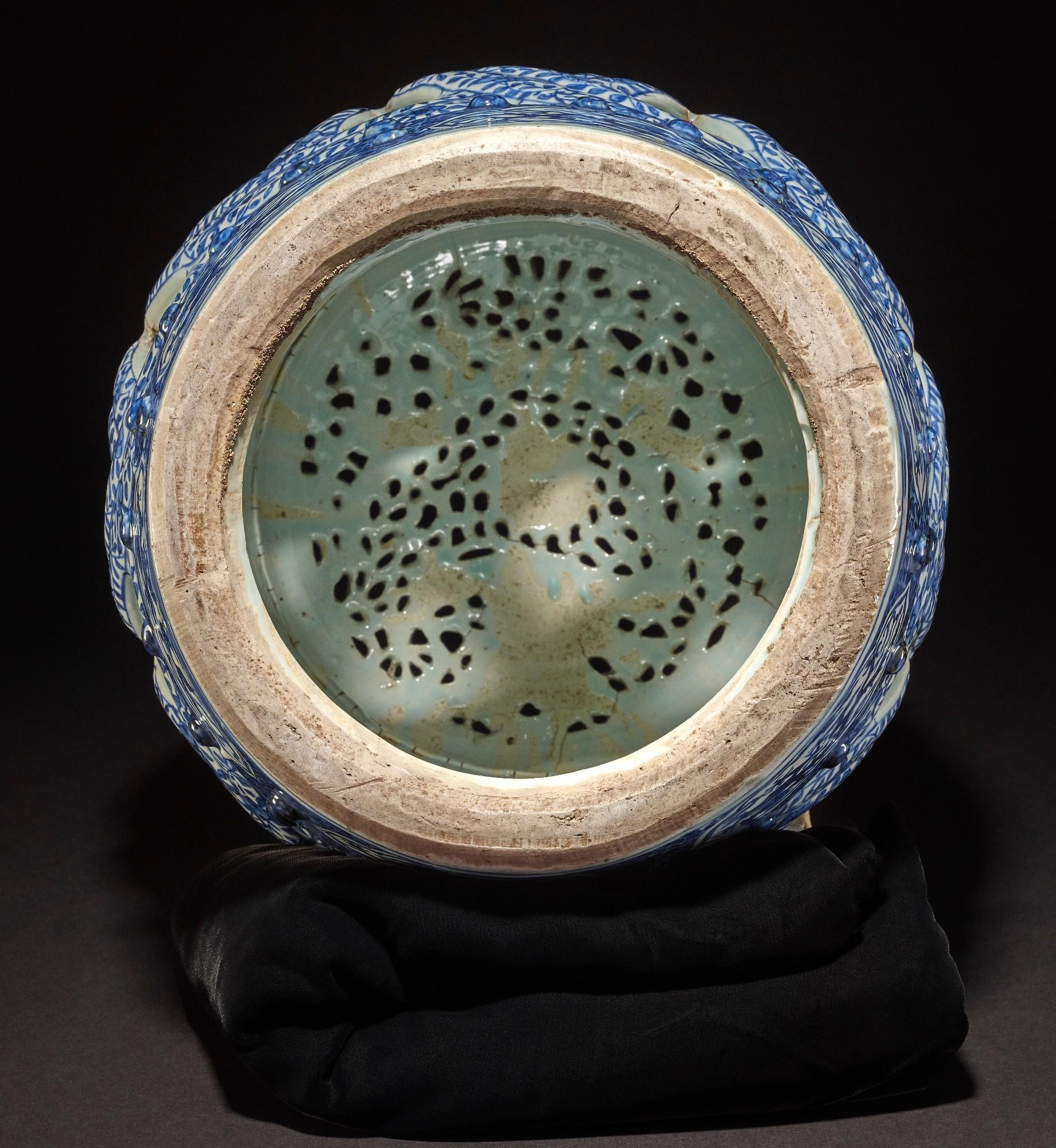 The Spotlight Loan follows on from the tenth anniversary of the arrival on long-term loan of the Sir Percival David Collection at the British Museum. During this ten-year period, the Spotlight Loan is only the second time that an object has been lent from the Sir Percival David Collection, following a loan of one of the ‘David’ vases to the Shanghai Museum in 2012. One of the foremost assemblages of Chinese ceramics in the world, the Collection comprises some 1,700 objects, primarily ceramics dating from the Song, Yuan, Ming and Qing dynasties, spanning a thousand years. The businessman and philanthropist, Sir Percival David (1892–1964) built up this extraordinary collection between 1914 and 1960, and was eager for his love of Chinese ceramics to be shared with a broad audience.

Jessica Harrison-Hall, Head of China Section at the British Museum says: “Thanks to the generosity of the Sir Percival David Foundation of Chinese Art, we are able to turn the spotlight on to this magnificent porcelain dragon seat and share it with three wonderful museums, their visitors, local and university communities.”

Maria Bojanowska, Dorset Foundation Head of National Programmes says: “'We are very excited to be working with museums across the UK to share the highlights of the British Museum's collection. This spectacular porcelain masterpiece will utterly enchant visitors and hopefully make new connections with the excellent Chinese collections at our partner museums.”

A British Museum Spotlight Loan A Ming Emperor’s seat will be on display at Manchester Museum from February 7 until April 19, 2020, Great North Museum: Hancock in Newcastle between April 25 and July 19, 2020 and at the Royal Albert Memorial Museum, Exeter from July 25 until October 18, 2020. Generously supported by the Sir Percival David Foundation of Chinese Art.