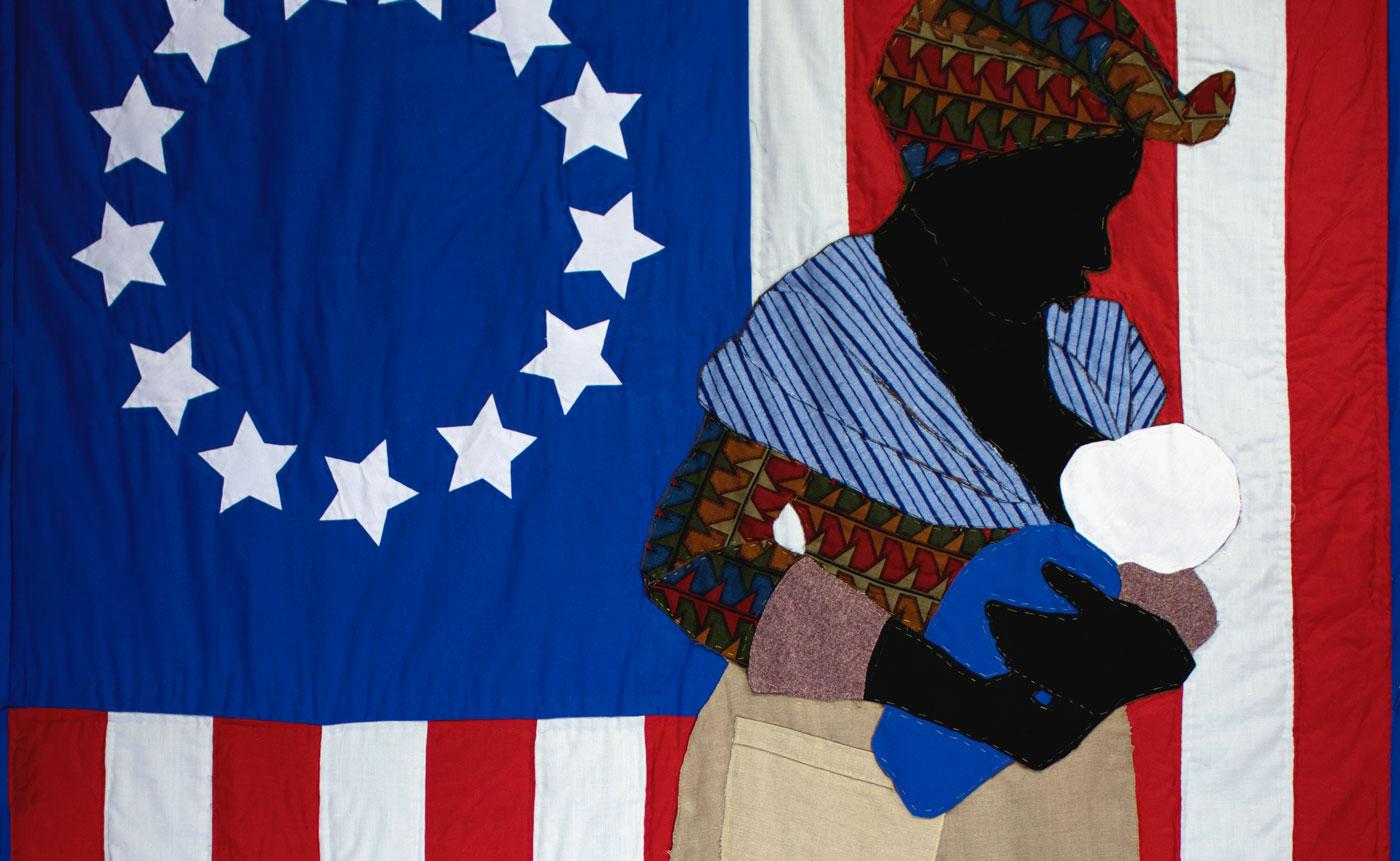 Courtesy of the artist. Photography by Stephen Towns.

BALTIMORE, MD —The Baltimore Museum of Art (BMA) presents the first exhibition dedicated to the stunning textile work of Baltimore-based artist Stephen Towns. Stephen Towns: Rumination and a Reckoning, on view March 7 through September 2, 2018, features 10 luminous quilts constructed in fabric, glass beads, metallic threads, and translucent tulle that delve into the perspectives of women, people of color, and the institution of slavery in American history.

Trained as a painter and self-taught in the art of quilting, Towns joins a long tradition of African American artists and makers, primarily women, who have invented creative methods of recording history and memory with fabric. The centerpiece of the exhibition is the artist’s monumental installation, Birth of a Nation (2014), which addresses the foundational role of black women’s labor in American history. The quilt presents the abstracted figure of a black woman nursing a white infant against a variant of the first official flag of the United States. Suspended above a mound of earth, the quilted flag receives the same reverent treatment outlined in the U.S. Flag Code, which prohibits the flag from touching floor, water, or ground beneath it.

This work is surrounded by Towns’ Story Quilts (2016–2018), a cycle of seven quilts that narrate the life of Nat Turner and his 1831 rebellion. Towns will debut two new additions to this series—a scene of baptism and a scene of fire—for the first time at the BMA. He has also created a new pair of quilted oval marriage portraits of Nat and Cherry Turner, inspired by early photography, which add a significant dimension to Turner’s narrative. Special Child (2016), the first quilt in the Story Quilts series, was recently acquired for the BMA’s collection.

“Stephen Towns has created an extraordinary body of work that amplifies the voices of those who resist a legacy of injustice,” said Christopher Bedford, BMA Dorothy Wagner Wallis Director. “We are proud to both display, and acquire, work by this talented artist in our community.”

“It’s an honor to work with Stephen Towns in realizing his first museum exhibition,” said Cecilia Wichmann, BMA Assistant Curator of Contemporary Art. “His quilts propose an alternative mode for narrating the complexities of American history—one that is at once more cosmic and infinitely more humane. This is a profound achievement that I’m thrilled we can share with visitors to the BMA.”

Stephen Towns: Rumination and a Reckoning is curated by Assistant Curator of Contemporary Art Cecilia Wichmann. 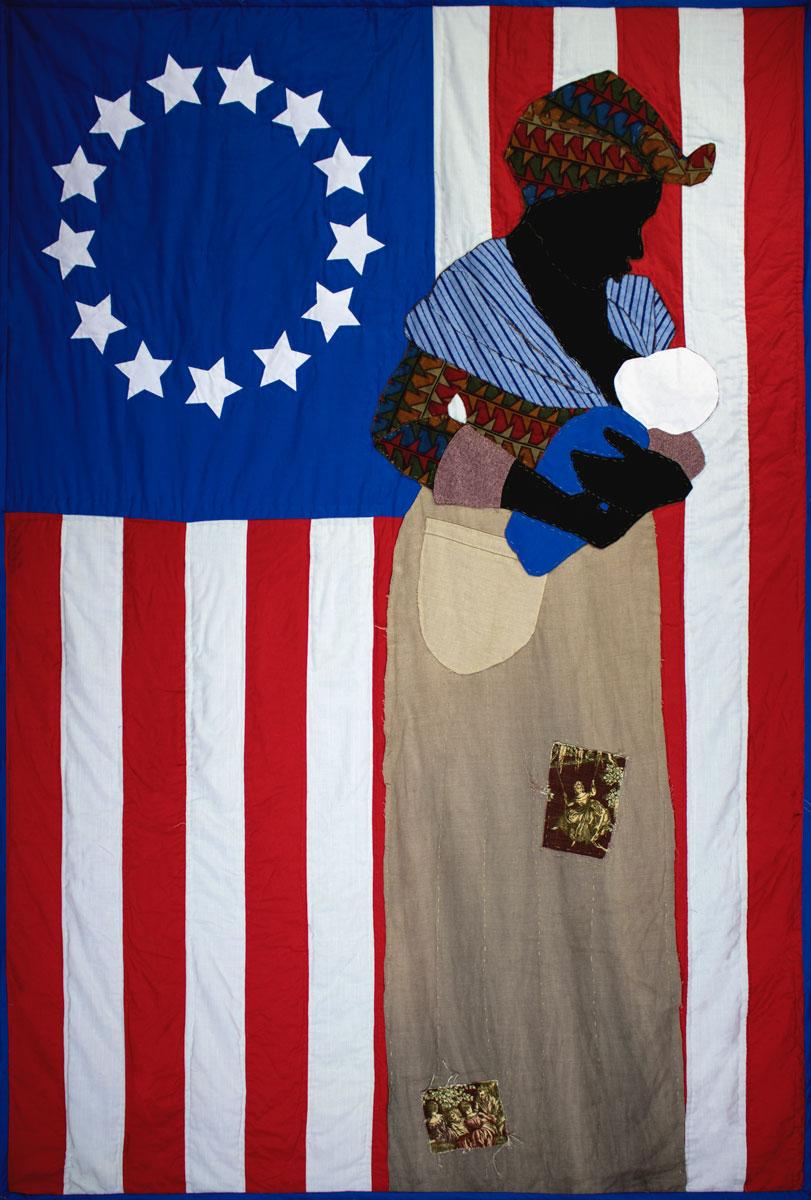 Courtesy of the artist. Photography by Stephen Towns.

STEPHEN TOWNS
Trained as a painter with a BFA in studio art from the University of South Carolina, Stephen Towns (b. 1980, Lincolnville, South Carolina) has also developed a rigorous, self-taught quilting practice. Towns draws visual inspiration from the history of sacred painting, 19th-century photography, and Dutch wax print fabrics, in addition to African American story quilts. His work has been exhibited at Arlington Arts Center, Galerie Myrtis, Gallery CA, and Goucher College’s Rosenberg Gallery, among other venues. Towns won the inaugural travel prize of the Municipal Art Society of Baltimore City in 2016, traveling to Ghana and Senegal to visit historical sites that mark the Transatlantic Slave Trade. He is also the recipient of a 2015 Ruby Artist Project Grant from the Greater Baltimore Cultural Alliance.

THE BALTIMORE MUSEUM OF ART
Founded in 1914, The Baltimore Museum of Art is a major cultural destination recognized for engaging diverse audiences through dynamic exhibitions and innovative educational and community outreach programs. The BMA’s internationally renowned collection of 95,000 objects encompasses more than 1,000 works by Henri Matisse anchored by the famed Cone Collection of modern art, as well as one of the nation’s finest holdings of prints, drawings, and photographs. The galleries showcase an exceptional collection of art from Africa; important works by established and emerging contemporary artists; outstanding European and American paintings, sculpture, and decorative arts; significant artworks from China; ancient Antioch mosaics; and exquisite textiles from around the world. The 210,000- square-foot museum is also distinguished by a grand historic building designed in the 1920s by renowned American architect John Russell Pope and two beautifully landscaped gardens featuring an array of 20thcentury sculpture. The BMA is located in Charles Village, three miles north of the Inner Harbor, and is adjacent to the main campus of Johns Hopkins University. General admission to the BMA is free so that everyone can enjoy the power of art.

VISITOR INFORMATION
General admission to the BMA is free. Special exhibitions may be ticketed. The BMA is open Wednesday through Sunday from 10:00 a.m. – 5:00 p.m. The museum is closed Monday, Tuesday, New Year’s Day, July 4, Thanksgiving, and Christmas. The BMA is located at 10 Art Museum Drive, three miles north of Baltimore’s Inner Harbor. For general museum information, call 443-573-1700 or visit artbma.org.