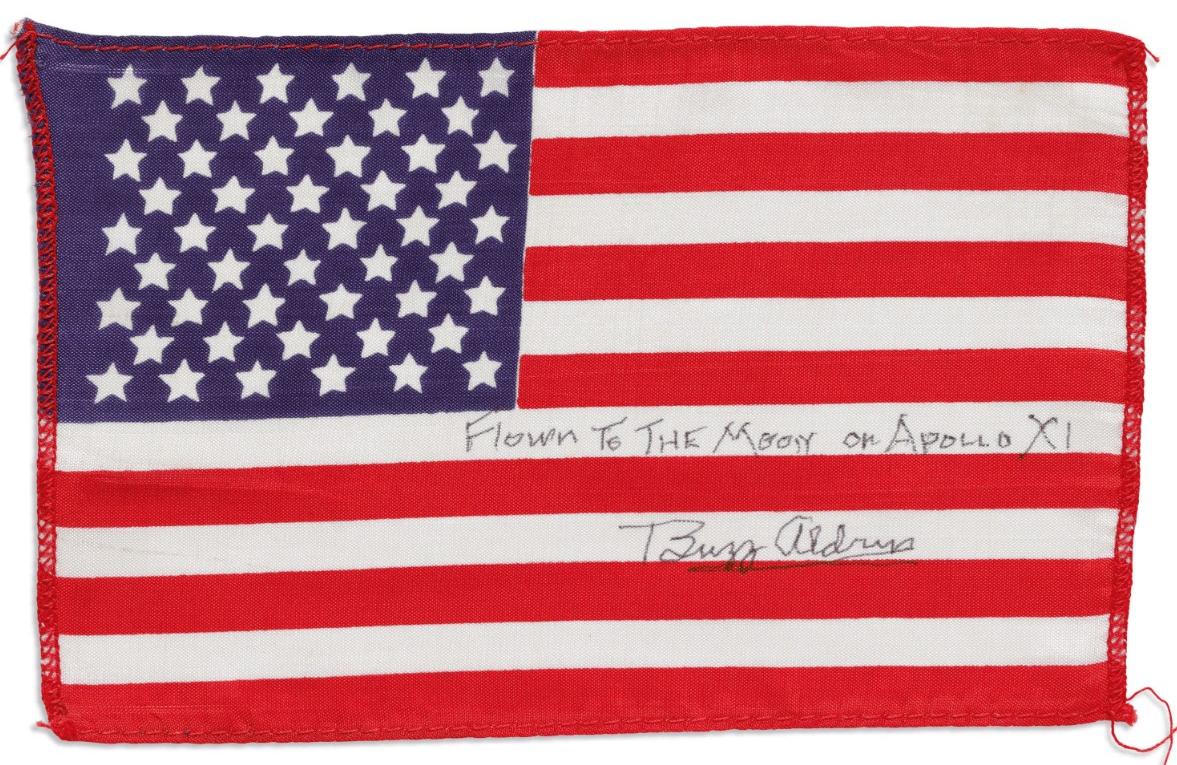 NEW YORK, 20 July 2019 – On the 50th anniversary of the Apollo 11 lunar landing, Sotheby’s auction dedicated to Space Exploration totaled $5.5 million in New York, surpassing its high estimate by $1 million and with an exceptional 93% of all lots sold. The sale featured a wide variety of material from the Mercury, Gemini, and Apollo missions, including direct consignments from astronauts, an impressive collection of flown mission artifacts and hardware, the finest single owner collection of flown Robbins medallions, early contractor’s models, spacesuits, maps, charts and more.

Cassandra Hatton, Vice President & Senior Specialist of Sotheby’s Books & Manuscripts Department in New York commented: “Fifty years ago, we achieved the world’s greatest human accomplishment. Today, space exploration continues to capture the hearts and imagination of people around the world. This universal fascination was reflected in today’s stellar sale, which is a testament to the continued demand for space artifacts. We are truly over the moon about our outstanding results.” 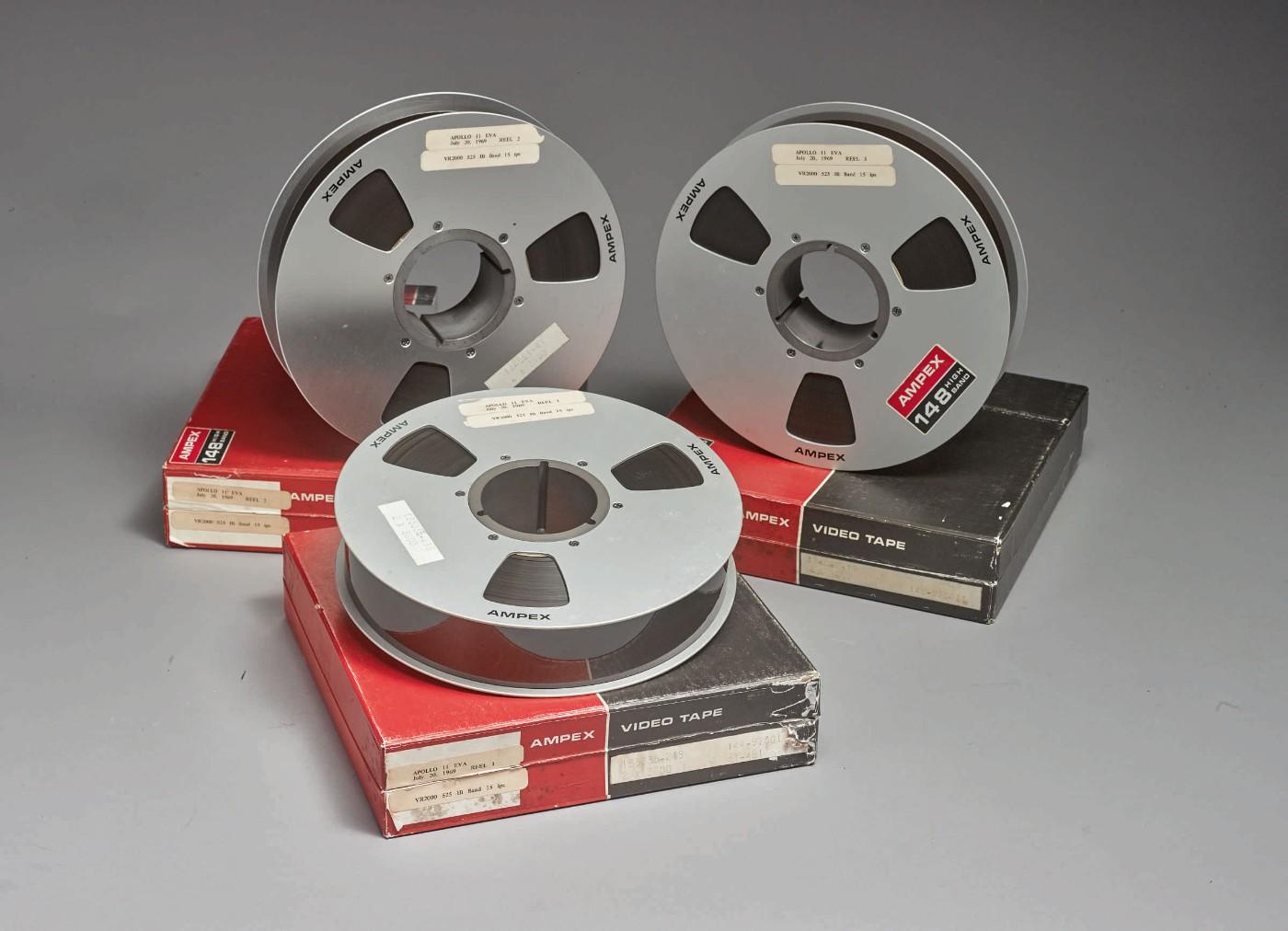 The auction was led by three original NASA videotape recordings of the lunar landing, which sold for $1.82 million – more than 8,000 times the price paid for the tapes at a government surplus auction in 1976 by then-NASA intern Gary George.

Unrestored, unenhanced, and unremastered, the Original, First-Generation NASA Videotape Recordings of the Apollo 11 Lunar EVA represent the earliest, sharpest, and most accurate surviving video images of man’s first steps on the moon. At a combined run time of 2 hours and 24 minutes, the tapes capture everything from Neil Armstrong’s declaration: "That's one small step for man, one giant leap for mankind,” marking the historic moment the first human set foot on another world, to the “long distance phone call” with the President of the United States, and the planting of the American flag. 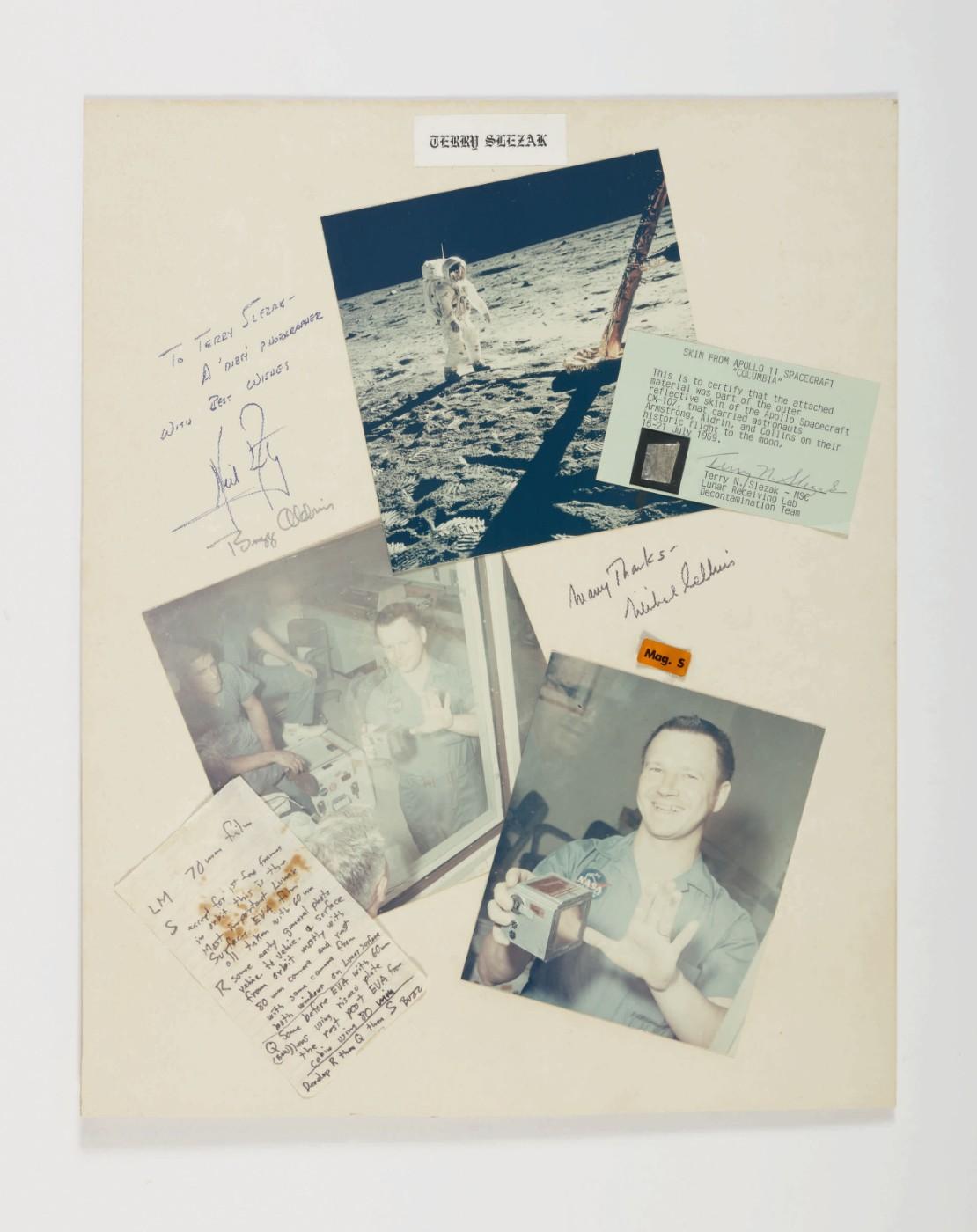 The present videotapes are the only surviving first-generation recordings of the historic moon walk, and are sharper and more distinct than the few tapes that have survived from the contemporary network television broadcasts – all of which endured some loss of video and audio quality with each successive transmission from microwave tower to microwave tower.

Other Apollo 11 artifacts and memorabilia soared past expectations today, including a unique collage of Apollo 11 memorabilia that sold for $225,000 – more than three times its $70,000 high estimate. The collage was presented by the Apollo 11 crew to Terry Slezak – a Manned Spacecraft Center (MSC) Technician assigned to the Crew Reception Area (CRA) of the Lunar Receiving Lab (LRL) – who became, in the course of his duties following the return of Apollo 11, the first man to touch moon dust with his bare hands. Included in the presentation is an autograph manuscript written by Buzz Aldrin, which is now believed to be the first autograph manuscript to be written on the lunar surface.

A collection of 20 original Apollo Firing Room Control Panels from the Kennedy Space Center Firing Room 1, which launched 7 Apollo missions carried by the Saturn V rocket, including the three most historic: Apollo 8 (first humans to orbit the moon), Apollo 11 (first humans to land on the moon), and Apollo 17 (last humans to land on the moon), as well as Apollo 4 (unmanned), 13, 15 and 16 sold for $212,500 (estimate $200/300,000). The collection consists of: Seven Monitoring Console Panels, used to display information pertaining to countdown and launch sequence events; two panels from the Instrument Unit, which contained the guidance and monitoring equipment for the rocket while it was in flight; five console panels for the S-IC, the first stage of the Saturn V Rocket; two console panels for the S-II, the second stage of the Saturn V; four console panels for the S-IVB, the third stage of the Saturn V. 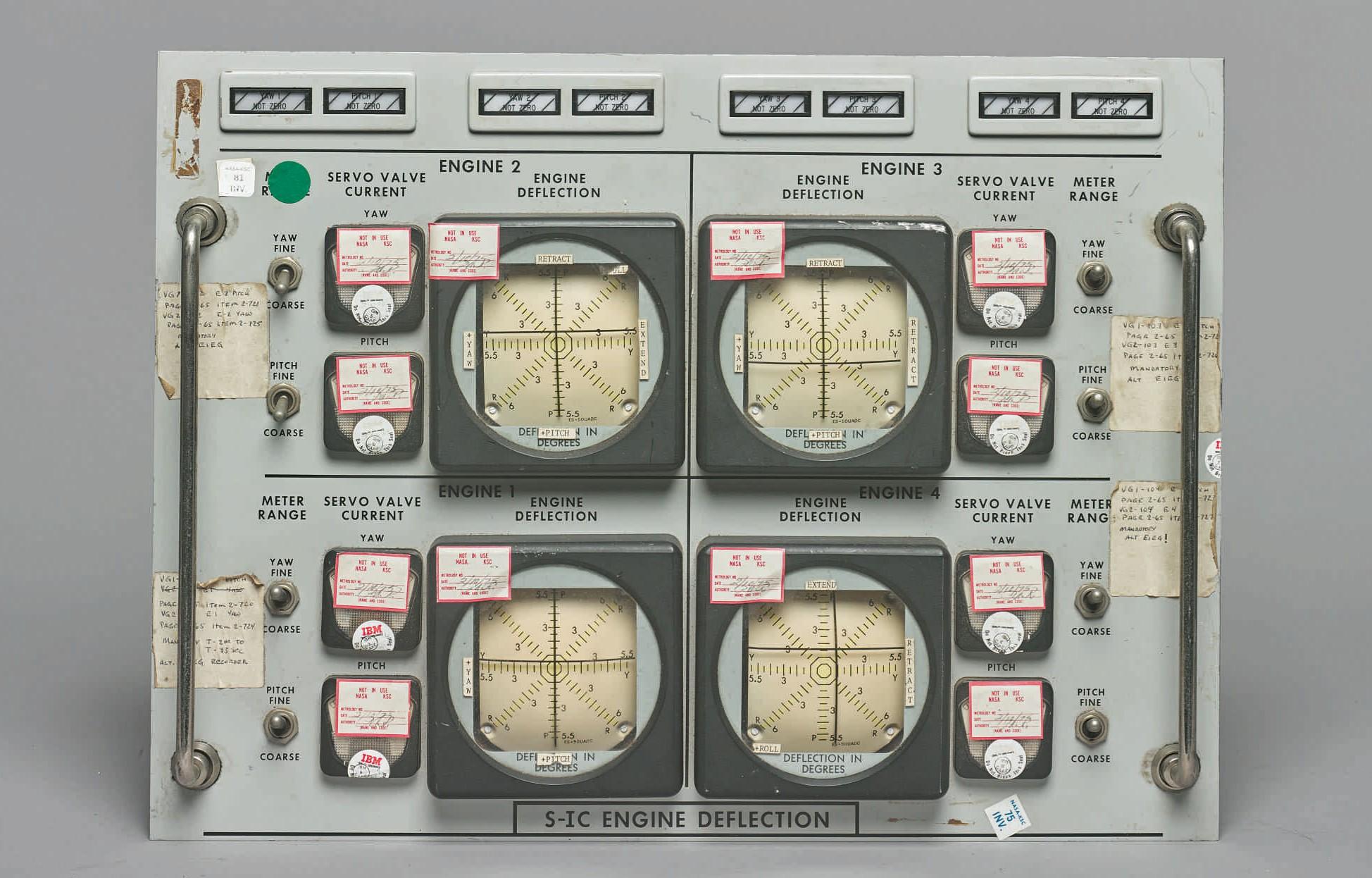 A group of 11 items consigned directly by Apollo 11 Lunar Module Pilot Buzz Aldrin were 100% sold and totaled $739,375 – nearly triple the group’s high estimate. The items featured a selection of pages from the Flown Apollo 11 Flight Plan and Flown Apollo 11 Data File – the manuals used by Neil Armstrong, Buzz Aldrin and Michael Collins to guide them on their great adventure, which represent some of the documents most critical to the success of the entire mission.

Aldrin’s collection was led by the first and the last pages of the Flown Apollo 11 Flight Plan – the Alpha and Omega of this significant document, which sold for $175,000 and $131,250, respectively. Beginning with the words “LIFTOFF”, the first page details the crucial timeline of tasks to be performed by the crew from the launch through the first two hours of the lunar voyage from moment 0:00, after Mission Control launched the crew into space by the Saturn V Rocket. The final page of the Flown Apollo 11 Flight Plan outlines the timeline of activities to be performed during the final two hours of the mission including jettisoning the Service Module, and re-entry into Earth's atmosphere, travelling at a speed of 36,000 feet per second, before finally splashing down in the Pacific Ocean, where the crew and the Command Module "Columbia" were recovered by the USS Hornet (estimate $25/35,000). The final step on the timeline reads “SPLASHDOWN”, marking the moment when the Apollo 11 crew returned alive, thus successfully completing their mission and fulfilling the goal set by President Kennedy of “landing a man on the moon and returning him safely to the Earth.