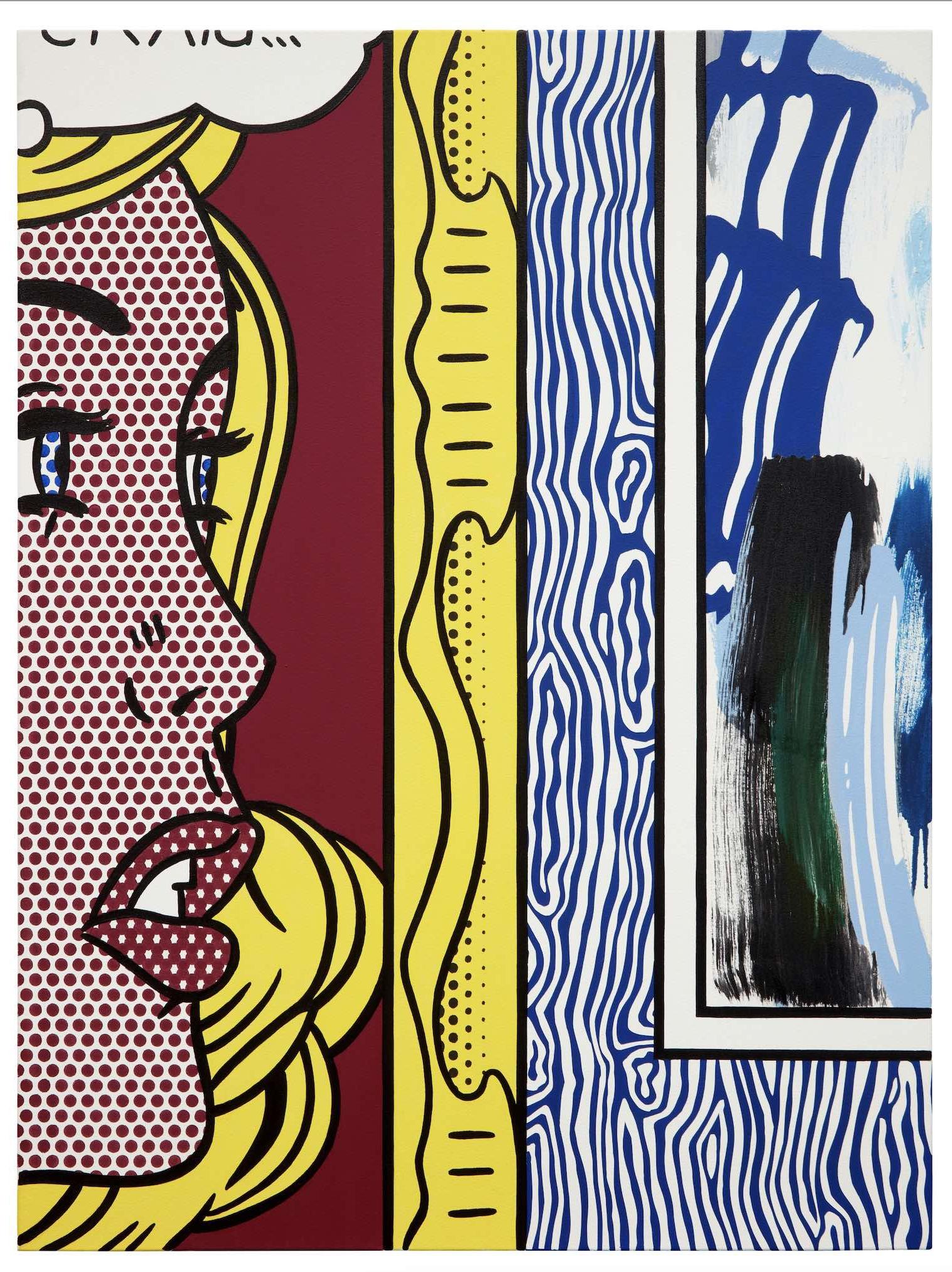 This November, works from the collection of esteemed art collector and prescient television producer Douglas S. Cramer will highlight Sotheby’s Contemporary Evening Auction in New York. Known for producing many of the most iconic and successful television shows in history, such as The Brady Bunch, Star Trek, Wonder Woman, and Dynasty, Cramer was a passionate collector, generous Museum Trustee, and extraordinary visionary who assembled a singular collection of contemporary art spanning the great masters of 20th century Post-War to artists still at the height of their practice today, creating a fascinating dialogue across media, styles, and generations. Featuring works by Roy Lichtenstein, Jasper Johns, Cecily Brown, Ellsworth Kelly, and more, the selection is crowned by Lichtenstein’s Two Paintings: Craig… from 1983 (estimate $12/18 million)—the ultimate testament to the artist’s career-long exploration of his signature Pop idiom, and a pioneering investigation into the form, content, and meaning of contemporary art.

Highlights from the collection will be on public view in London from 22 – 25 October, and Los Angeles from 28 – 31 October before returning to New York ahead of the Contemporary Evening Auction on 18 November.

Additional works from the collection will be on offer in Sotheby’s Contemporary Art Day auction this November, followed by a dedicated, online auction from 9 – 17 December. 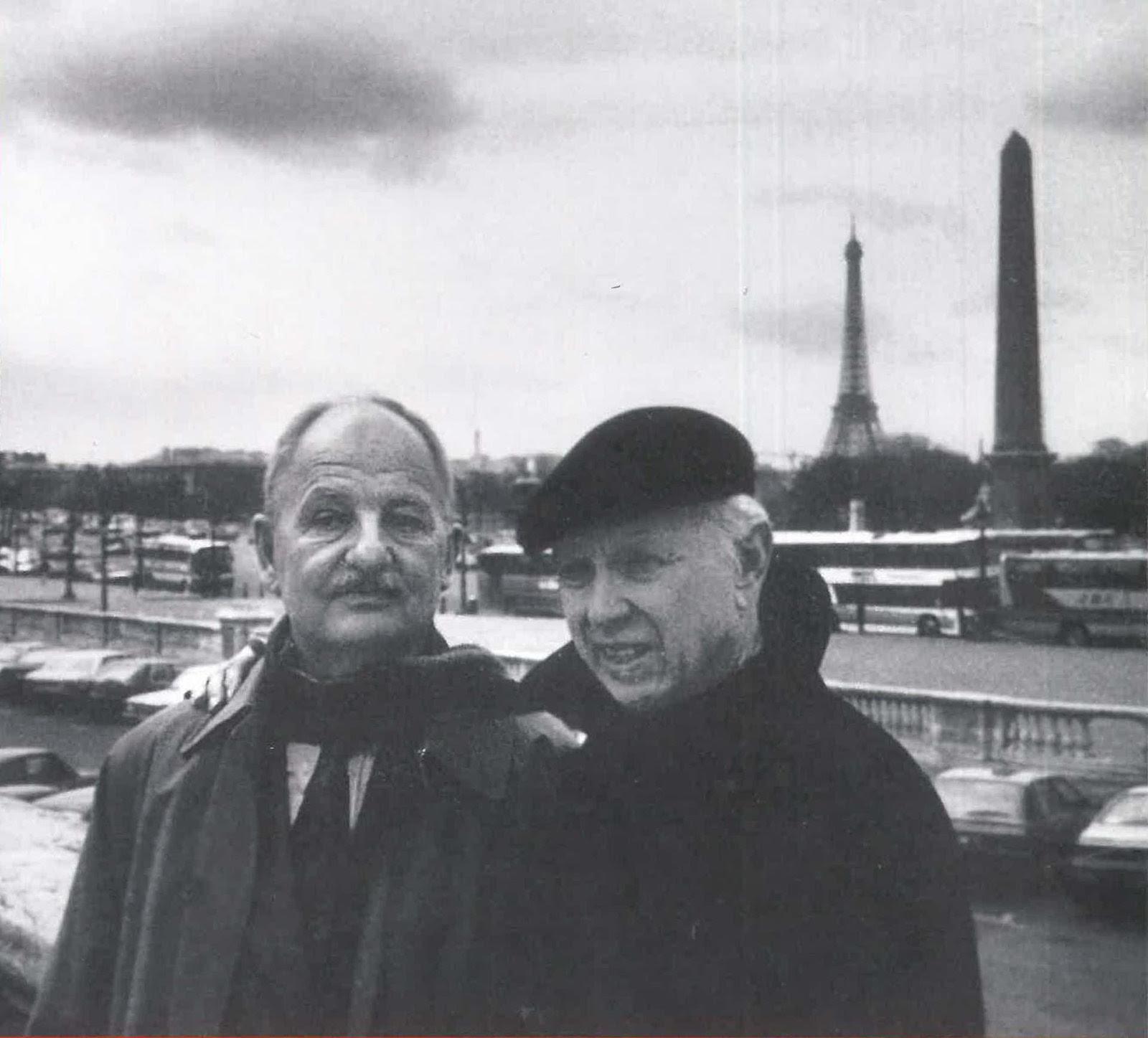 A discerning and generous connoisseur, Cramer built an astounding collection of some of the greatest masterworks of his generation. Having produced more than 3,000 hours of televised entertainment, Cramer built an inimitable career on his abiding passion for telling stories. This talent for storytelling is evident throughout Cramer’s collection –  ever attuned to the world around him and with a prescient recognition of the zeitgeist, Cramer developed a keen interest in the art of his time and his collection evolved over the years to reflect the changing story of the moment. Beginning in the early 1960s with an interest in prints and drawings by modern masters, Cramer’s confidence in his own eye grew rapidly, and he soon began seeking out work by a younger generation of talent including Roy Lichtenstein, Ellsworth Kelly, and Jasper Johns – all of whom he came to know personally. Lichtenstein in particular proved to have a lasting influence on Cramer’s own creative process, and the artist’s signature pop style even inspired the trademark pop-art graphics used on the Batman series. Cramer even used his commissioning patronage to convince Andy Warhol to make a guest appearance on The Love Boat.

Never one to cling to the sentimentality of the past, Cramer did not limit his collecting passion to the art of his peers, but continued to support new generations of artists for over 50 years. Works by Cecily Brown are strongly represented in the collection by several masterworks of the 1990s and early 2000s, and works by other younger artists such as Elizabeth Peyton, Mark Grotjahn, and Lisa Yuskavage complement an overarching theme of the tensions between abstraction and figuration. While every work is a veritable archetype of each artist’s unique and distinctive practice, the collection presents a sophisticated, insightful narrative of the conceptual and aesthetic developments throughout 20th century mark-making.

The group that will be offered in Sotheby’s Contemporary Evening Auction is led by Lichtenstein’s Two Paintings: Craig… (estimate 12/18 million) – a quintessential expression of the artist’s Pop mode and an important testament to Lichtenstein’s contribution to contemporary art, featuring two of his most iconic motifs: the comic strip blonde and the brushstroke. In reflecting on his own impact on contemporary culture and reproducing his earlier appropriation of mass culture, Lichtenstein renders the ultimate embodiment of his impact on his artistic intentions. Complicating the dichotomy between what constitutes "high" versus "low" culture, the present work illustrates the most important motifs of Lichtenstein's investigation into mass-produced objects and reproduction of romantic comic books, exploring the distinction between the fine art and the commercial imagery that pervades our daily lives. An unparalleled and exquisite survey of Lichtenstein's ever-proliferating pictorial panorama of culture in 1960s America, Two Paintings: Craig… is the last of Lichtenstein's unabstracted archetypal blonde works, a uniquely striking exemplar of this undisputed icon of Post-War American art.

The collection is highlighted by additional works by Lichtenstein, including Small House from 1997 (estimate $600/800,000). An important breakthrough during a late-career moment, Small House is perhaps Lichtenstein’s most concise exploration of illusionistic perspective. A symbol of domesticity, private life, and intimacy, Small House connotes readymade ticky-tacky houses, reproducible architecture, and impenetrable surface. Other exampled from Lichtenstein’s house series are held in prestigious collections such as the National Gallery of Art.

The Cramer collection is distinguished by a depth of collecting for Ellsworth Kelly, including a number of exceptional works on paper in addition to paintings, and ranging from Kelly’s early, radical works of the late 1950s through to his more recent works from the past decade. Standouts from the collection include two exceptional Kelly paintings that have remained in Cramer’s collection since they were acquired shortly after they were completed: Blue Panel with Green Curve from 1989 and White Relief over Black from 2012 (estimate $2.5/3.5 million). Kelly’s Blue Panel with Green Curve from 1989 showcases the artist’s extraordinary achievement as a colorist and sublime mastery of formal composition. Commanding in scale and soaring in its suspension over the wall, the work distills the most essential elements of painting into a potent composition that effuses with tension. An ingenious exploration of asymmetry, exuberant articulation of chromatic dialogue, the painting is a tour de force of minimal abstraction. Executed in 2012, White Relief over Black is a painting of tremendous monochromatic gravitas. Made just a few years prior to the artist’s death, the work is a remarkable testament to the artist’s ceaseless innovation with form, line, and color. Utilizing only the purest shapes and hues, Kelly gives monochromatic schemes the same warmth and vibrancy as his works that explore the color wheel. In addition to these two masterpieces, Cramer’s collection includes Kelly’s powerful Untitled from 1979, sculpted out of weathered steel. An early departure from his painterly practice that paved the way for more exploration of corten as a material in the 1980s, Untitled radiates with a rich warmth, blurring the line between painting and sculpture.

Many works in the collection are fresh to market and are making their world auction debut. This includes Jasper Johns’s Bushbaby from 2005 which was first exhibited by Matthew Marks Gallery in 2006 and acquired by Cramer shortly after the work’s creation. Bushbaby has been included in major exhibitions of the artist’s work, including Focus: Jasper Johns at the Museum of Modern Art, New York in 2008-2009 and Jasper Johns: Gray at the Art Institute of Chicago and the Metropolitan Museum of Art, New York in 2007-2008 – emphasizing the importance of the monochrome in Johns’ oeuvre. Embodying the very best of Johns brilliant meditations of art, Bushbaby shows a mature master returning to the conceptual themes that underpinned his most famous works of the 1960s. Much like his famed flags, maps, or numerals, in the present work, Johns incorporates a familiar repeating motif. These patterns pay homage to early Modern masters Picasso and Cezanne and invoke a rich history of still life and interior painting. While depicting nothing but circles and diamonds on paper devoid of inherent meaning, Johns asks the viewer to consider the duality of art as a set of visual cues and an object. It is this conceptual genius underscoring the materiality of art that marks the artist’s paintings as the pivotal artistic moment of the Twentieth Century, birthing not only Pop Art but Conceptual Art. 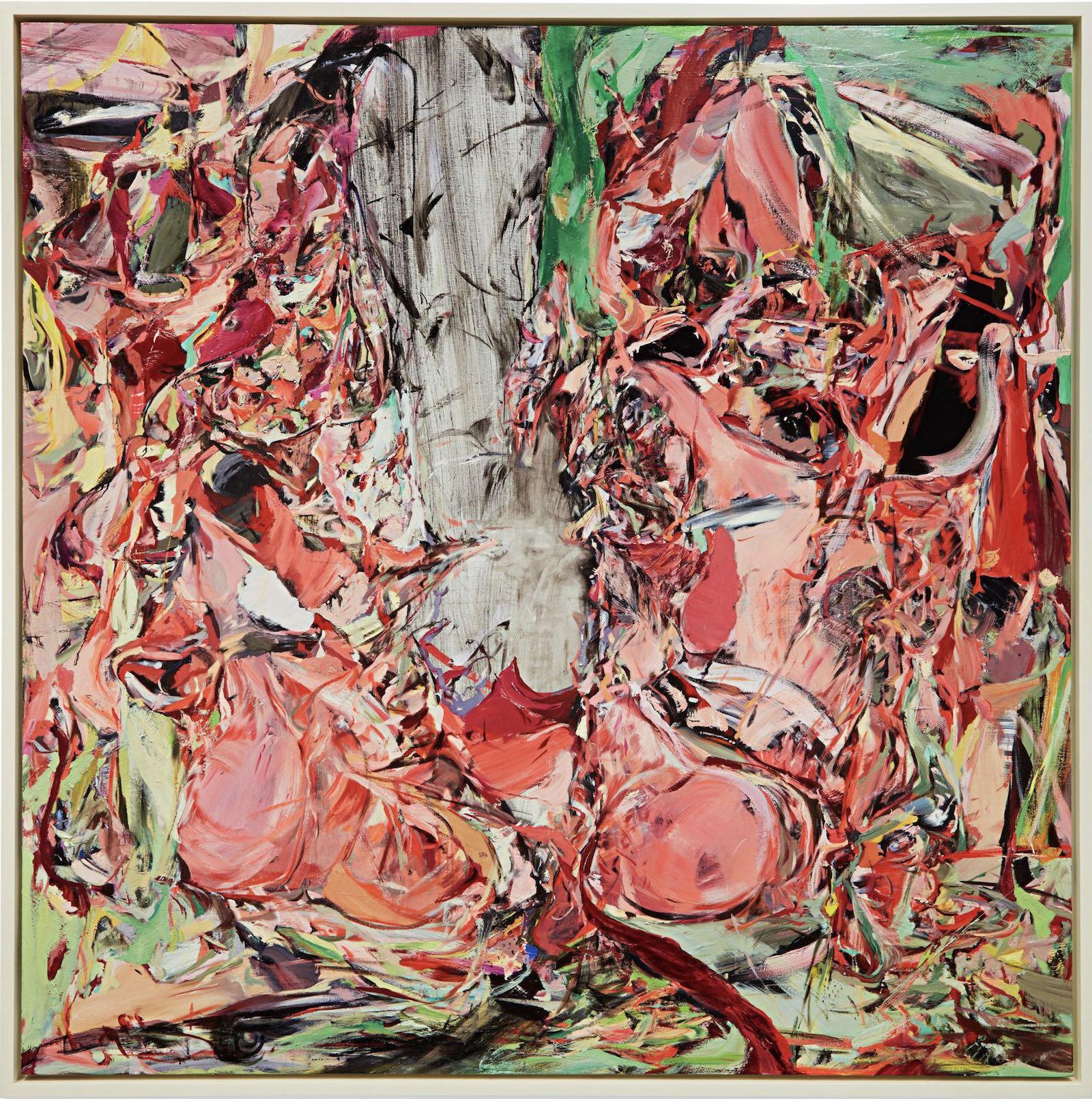 Exuberant and respiring with life, Cecily Brown’s large-scale Spree from 1999 is a paragon of the artist’s virtuosic practice (estimate $3/4 million). Executed during the apex of her prodigious thirty-year career, Spree sets the tone for Brown’s life-long exploration of nascent aesthetics. By this point in her career, Brown's ebullient, serpentine compositions had gained traction in the modern art landscape, however, her breakthrough assumed form in a blockbuster solo show just two years earlier at Deitch Projects in New York—Jeffrey Deitch’s first exhibition of the painter. Soon after, Brown cemented herself as a leader within the vein of Modern Expressionism and a constituent of the enfant terrible inner circle. Centered on the ever-shifting dynamics of existence, Spree comes alive with a  luscious and rich palette, and evokes titillating and deep sensations of a corporeal nature, showcasing a masterful handling of paint.

Executed in 1967, Ed Ruscha’s Face It bears the mark of time of its creation at the apex of the American neo-avantgarde (estimate $400/600,000). Emblematic of the artist’s lexicon of quips and ironic one-liners, Face It is one of Ruscha’s most self-reflexive works, drawing to the fore subconscious denials, uncertainties, and doubts. While interested in the drama of Hollywood, and the maximal environmental impact of light, Ruscha was equally inspired by the oftentimes banal underpinnings of popular culture. An early example of the artist’s startling gunpowder drawings, the literally explosive potential of gunpowder in the present work is rendered soft and benign, yet a sense of obscured danger remains.