Sotheby’s to Launch Auctions in India 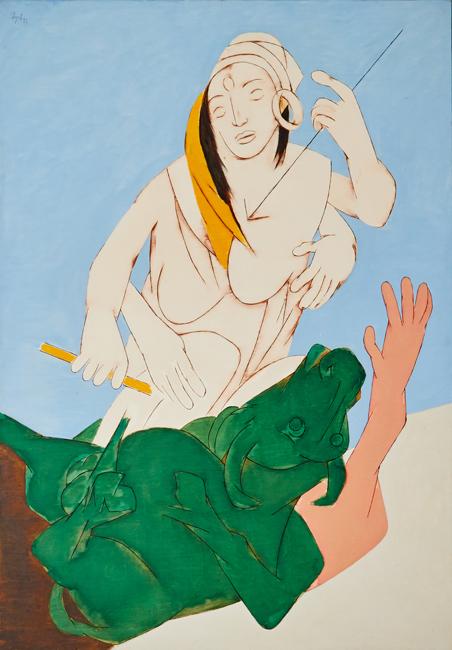 Inaugural auction to be held in Mumbai in December 2018, led by ‘Durga’, a seminal painting by Tyeb Mehta

Following the opening of the Mumbai office in September 2016, Sotheby’s is delighted to affirm its commitment to South Asia by announcing sales and establishing Mumbai as a new selling location for Sotheby’s.

Jan Prasens, Sotheby’s Managing Director for Europe, Middle East, Russia and India: “In recent years, we have witnessed both the ever-growing presence of Indian collectors in Sotheby’s global auctions, and the development of an increasingly vibrant domestic Indian art market. Given these promising signs, and the projected economic growth for India in the future, it is the right time for Sotheby’s to further expand the services we offer our clients in the region, and to bring our auctions directly to the doorstep of the many collectors who live there.”

Edward Gibbs, Sotheby’s Chairman of India and the Middle East, said: “Indian collectors have long been important participants in Sotheby’s auctions. Recently, however, we have seen exponential growth in their activity at Sotheby’s, not only in our sales of South Asian art, but also in our wider international auctions. This strong uptick is part of a global pattern of increased liquidity within the market but it is also reflective of the flourishing arts scene on the ground in India itself. These new auctions will provide collectors in India with fresh and exciting opportunities, not currently offered by any other auction house.”

The Sale
‘Boundless: Mumbai’ will include not only important works by South Asia’s greatest artists, but also artworks by western artists inspired and influenced by the art, culture, geography and people of South Asia. An exciting array of art sourced from collections across the sub-Continent and globally by a worldwide team of specialists, ‘Boundless: Mumbai’ will present an opportunity for young and seasoned collectors to acquire museumquality works from a variety of categories such as Modern and Contemporary South Asian Art, Photography, Prints, and Design.

One of Tyeb Mehta’s most important works, "Durga Mahisasura Mardini" has been confirmed to lead the sale. This seminal painting was commissioned directly from the artist in 1993 and has remained in a private collection since, appearing on the market for the first time later this year. It is among the most valuable works of modern South Asian art ever to be offered at auction. Two out of the three highest prices for the artist have been set at auction within the last year, attesting to the strength of Tyeb Mehta’s market. His current auction record stands at US$3.6 million.

Yamini Mehta, International Head of Indian & South Asian Art at Sotheby’s said: “One of the most important artists in the country and a leading figure in the history of Indian modernism, Tyeb Mehta’s ‘Durga Mahisasura Mardini’ is possibly the most important work in the artist’s oeuvre. A symbol of victory of good over evil, this painting celebrates the spirit of India. It is one of most provocative portrayals of goddess Durga defeating the mythical buffalo demon, Mahisasura. The painting celebrates hope and renewal instilled in Indian mythology and reconnects with Indian values. The oblique allusion to the colours of the Indian flag makes it a brilliant and powerful ode to the spirit of the country. This painting is a prelude to the artist’s iconic ‘Celebrations’ and ‘Mahisasura’ series, making it amongst the artist’s most significant and rarest works.”

Gaurav Bhatia, Managing Director, Sotheby’s India said: “In the past five years, the number of Indians across all Sotheby’s global sales has almost doubled. Indian clients have bought over $250 million of art over this period. We have an increasingly growing base of collectors; in our most recent sales of Asian art in New York in March, 40% of buyers were new to Sotheby’s. It is only fitting that Mehta’s exceptional work is offered as part of our inaugural Mumbai auction. It has been an absolute privilege to work with the owner of this seminal painting, and be able to bring it to sale for the first time.”

Further details about works offered in ‘Boundless: Mumbai’ will be announced later this year. Ahead of the sale, highlights from the auction will be exhibited internationally and in India.