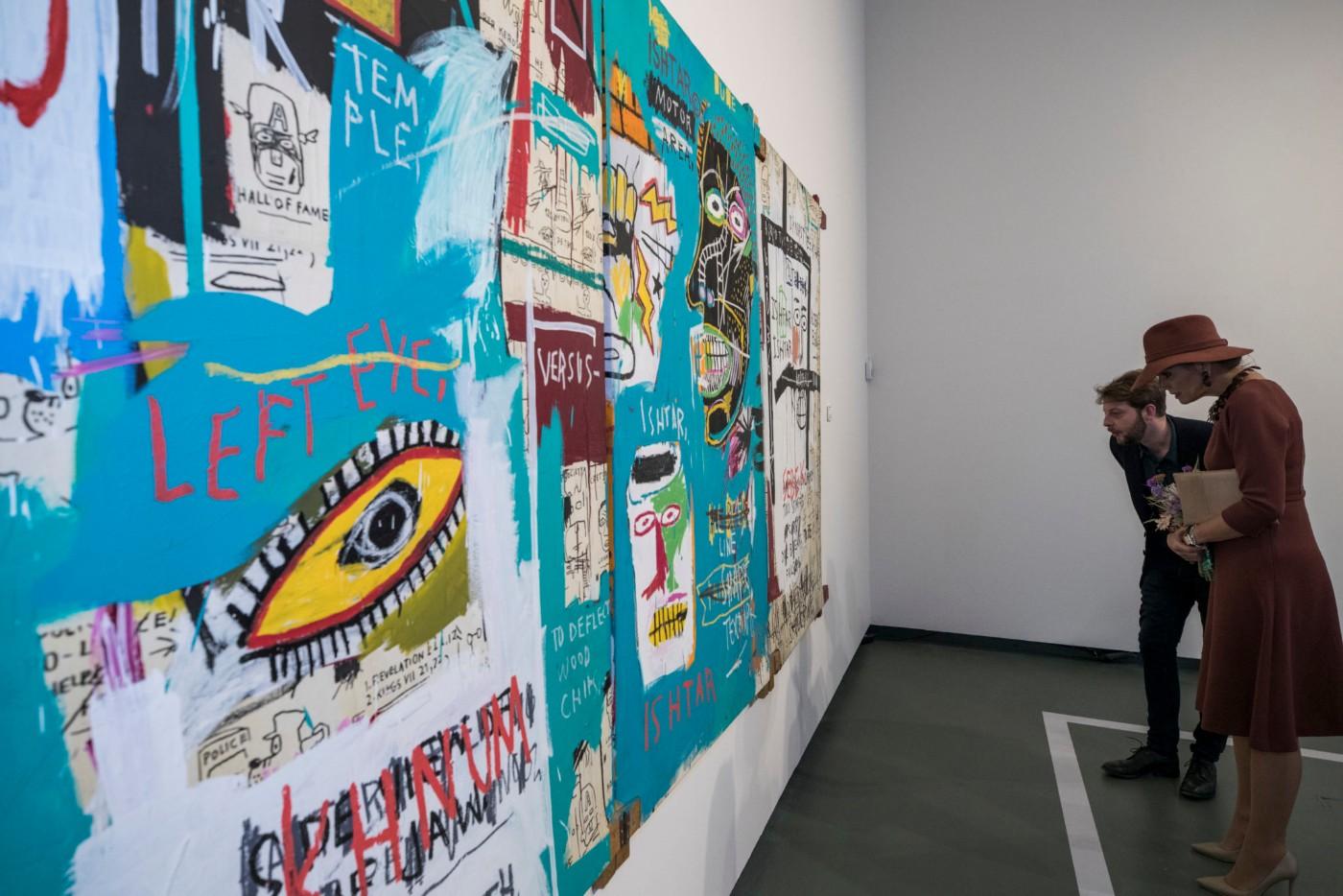 Last week, Her Majesty Queen Máxima of the Netherlands opened the exhibition Basquiat: The artist and his New York scene at the SCHUNCK Museum in Heerlen. She did this, entirely in style of the exhibition and the street art character of the city, by placing a graffiti tag.

The exhibition Basquiat: The artist and his New York scene shows the work and life of the young Basquiat in his development from graffiti writer to megastar. Kor Bonnema, director of SCHUNCK: "We are honored that the Royal Family visited our exhibition. To us, this is a great recognition of our work and the value of this exhibition." 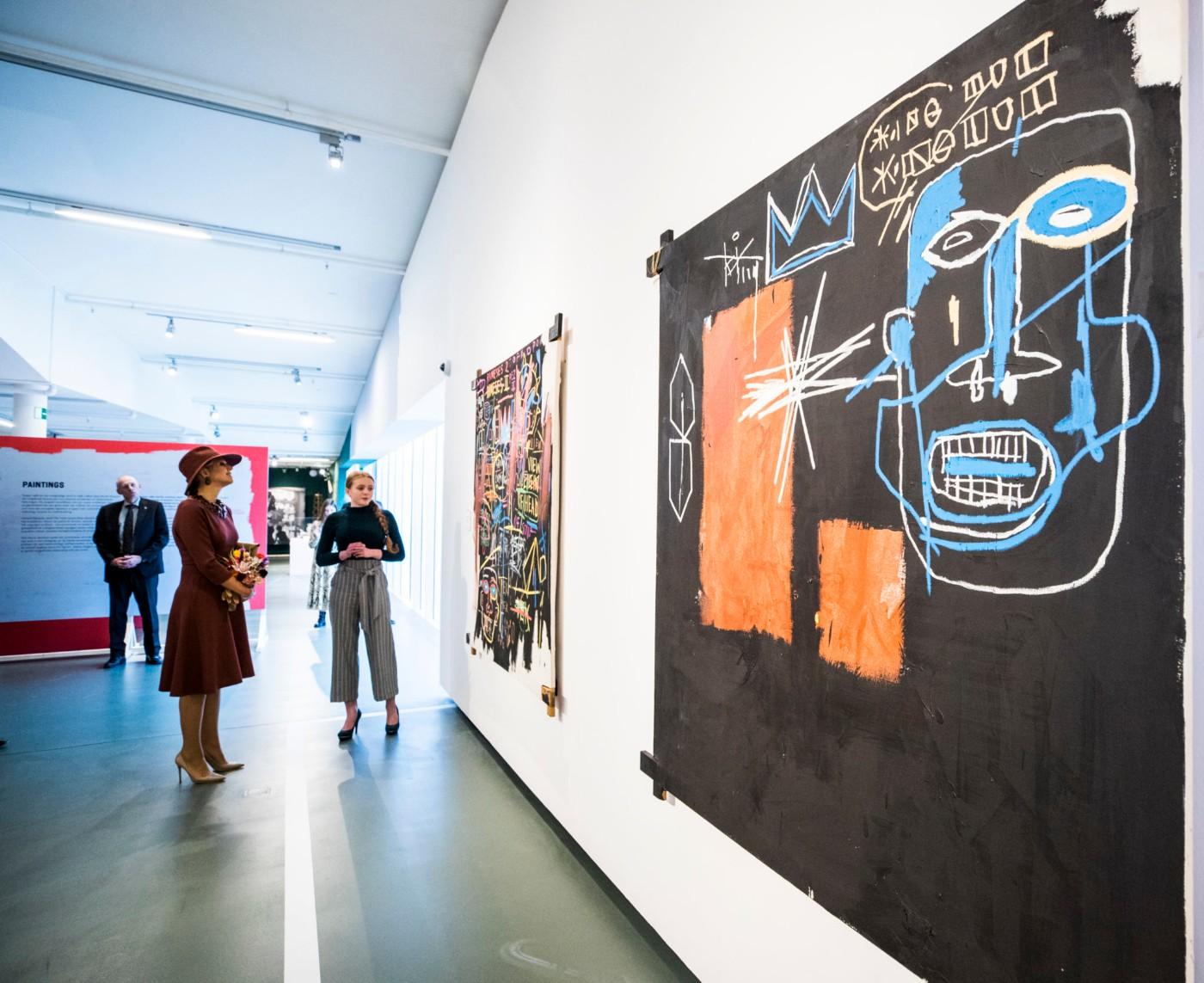 Queen Máxima was accompanied by Kor Bonnema (director of SCHUNCK), Mayor Emile Roemer and Governor Theo Bovens. Curators Cynthia Jordens and Fabian de Kloe then guided the Queen through the exhibition together with three youth ambassadors from the SCHUNCK Drivers Seat group. She was also treated to presentations of various educational projects that were set up by SCHUNCK accompanying the exhibition. For example, the Queen was offered a taste of the breakdance Buurtbattle, a fashion show of the 100% Basquiat costumes and she listened to poetry from students of the Parkstad Free School. Theo Bovens, Governor of the Province of Limburg: "Her Majesty Queen Máxima showed great interest in the work of Basquiat during her visit. The educational projects particularly appealed to her."

About Basquiat: The Artist and his New York scene

SCHUNCK brings the European premiere of an untranslated story to Heerlen, that of the young Jean-Michel Basquiat (1960 – 1988) and his contemporaries from New York from the years 1978-1982. More than three hundred works, drawings, objects and photographs have been included in the exhibition, of which about 80 are by Basquiat.

The SCHUNCK Glaspaleis on the Bongerd in Heerlen is a cultural institution with a museum for modern and contemporary art, an architecture institute, a library and a music and dance school. The Glaspaleis is on the list of 1000 most important buildings of the 20th century by the International Union of Architects and is mentioned in line with the most important monuments of Modernistic architecture, such as the Rietveld Schröder House and the Van Nelle Factory.