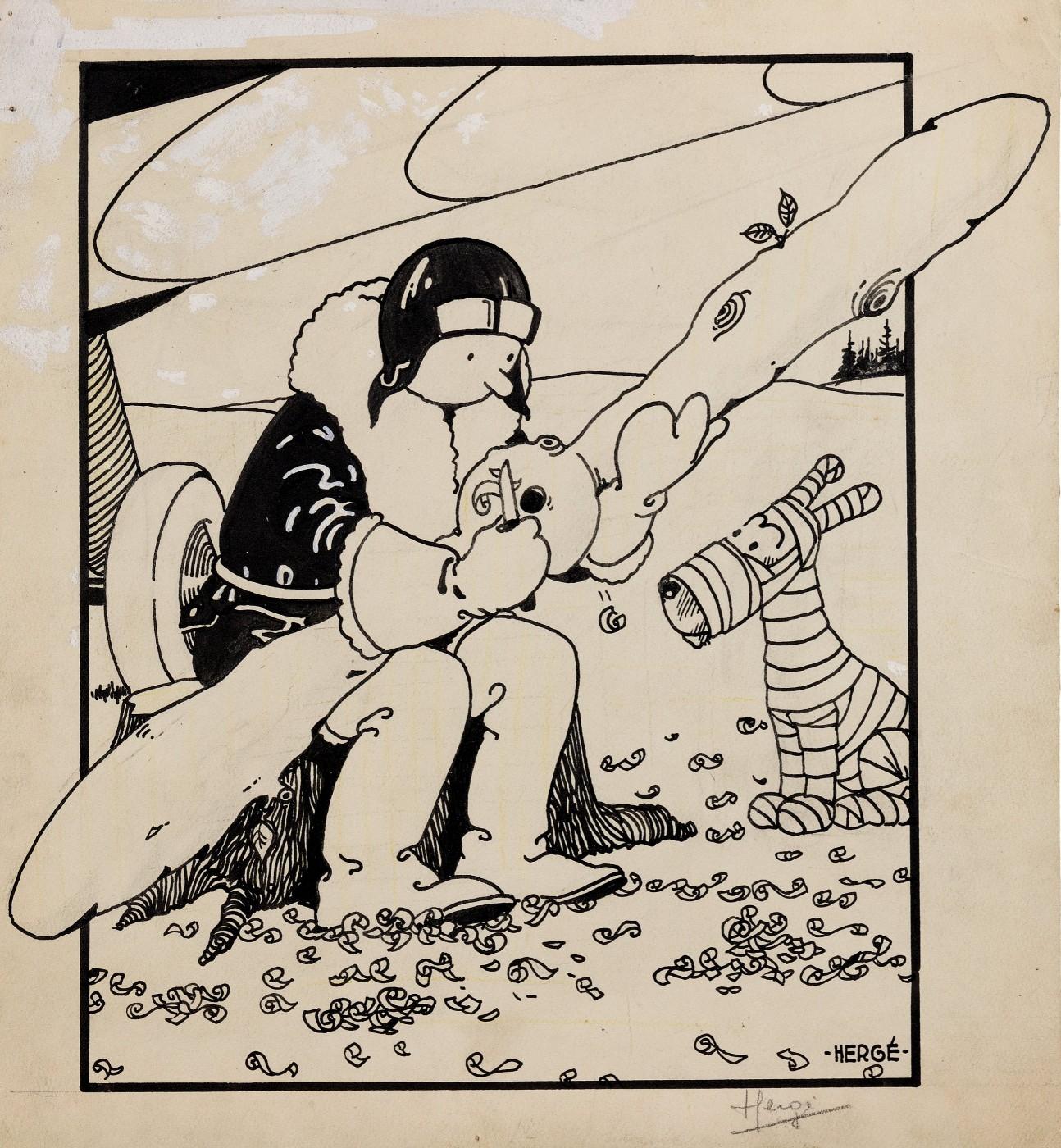 DALLAS, Texas – The first cover appearance of arguably the most popular comic character worldwide, as well as a pair of lots by the artist who has been called “the Japanese equivalent of Walt Disney” and a group of more than 50 lots of Walt Disney animation art, come to auction June 8-9 in Heritage Auctions’European Comic Art Auction in Dallas, Texas.

Hergé The Adventures of Tintin Vol. 1: Tintin in the Land of the Soviets (estimate: $1,300,000+) incorporates Hergé’s unique artistic style and his reflection on the political scope of the time. The title character is shown carving a makeshift propeller for his plane from a tree trunk, under the watchful eye of his bandaged-but-attentive dog, Snowy.

“Tintin is a seminal character, who has been loved and admired for generations the world over,” Heritage Auctions Comics & Comic Art Director Joe Mannarino said. “His popularity is as great now as it has ever been.”

Adding to the appeal and value of the image is the fact that it not only is the first cover image for Tintin and Snowy, but it also is one of the rare privately owned cover illustrations signed by Hergé, increasing the chance that it could end up bringing one of the highest prices ever paid at auction for a piece of comic art.

The sale includes artwork by legendary Japanese manga artist, cartoonist, animator and film producer Osama Tezuka, whose pioneering techniques and innovative redefinitions of genres earned him acknowledgement as the “father of manga” and even references as the Japanese equivalent of Disney, who was one of Tezuka’s main inspirations. Tezuka lots in the auction, each of which carries an opening bid of $500, include: 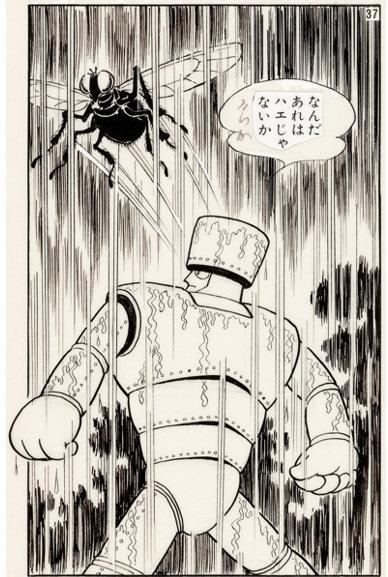 ·   François Schuiten Jules Verne Illustration art (2003) was created for a major French magazine and represents Verne, one of the novelists who was a key figure in the artist’s childhood. With an opening bid of $21,000, the image includes tributes to some of Verne’s greatest works, including Twenty Thousand Leagues Under the Sea and Around the World in Eighty Days. Verne’s interest in scientific and technological progress, as well as the inventions developed in his novels and short stories, made him into a major source of inspiration for one of the characters of the Obscure Cities series. The image is in acrylic and pencil, with an image size of 11-1/4 inches by 17 inches.

·   Carrying an opening bid of $20,000, Winsor McCay A Tale of the Jungle Imps Sunday Comic Strip Original Art dated 2-22-03 (Cincinnati Enquirer, 1903) is just the sixth Sunday in the series by the artist whose 1914 Gertie the Dinosaur cartoon prompted some to consider him the “father of animation.” The strip preceded McCay’s better-known Little Nemo in Slumberland by a full two years, and two other McCay strips, Little Sammy Sneezeand Dream of the Rarebit Fiend, by a year. Each series had a theme of explaining the existence of certain animals. This episode is entitled “How the Pelican Got his Pouch.”

·   Hugo Pratt Corto Maltese Volume 5 “L’Ange à la Fenêtre d’Orient” – “Fables et Grand-Pères” Page 19 (Casterman, 1974) from the artist’s legendary series, has an opening bid $18,000. The author excelled in black and white, as evident in this page from the “L’Ange à la Fenêtre d’Orient” volume. Of note on this 19th page from the Fables and Grandfathers adventure is the fact that Corto is included in almost every panel. This page, in ink on board, has an image area of 13 by 17-3/4 inches.

·   With an opening bid of $15,100, Enki Bilal Baby-Boom Couverture (Éditions Mazarine, 1985) is a visual goldmine. Offered here is a plash page heralded by the greatest American specialists of the medium. In ink on Bristol board, it has an image area of 9 by 11-1/2 inches.

Also included is a group of 54 lots of Disney animation art, including: