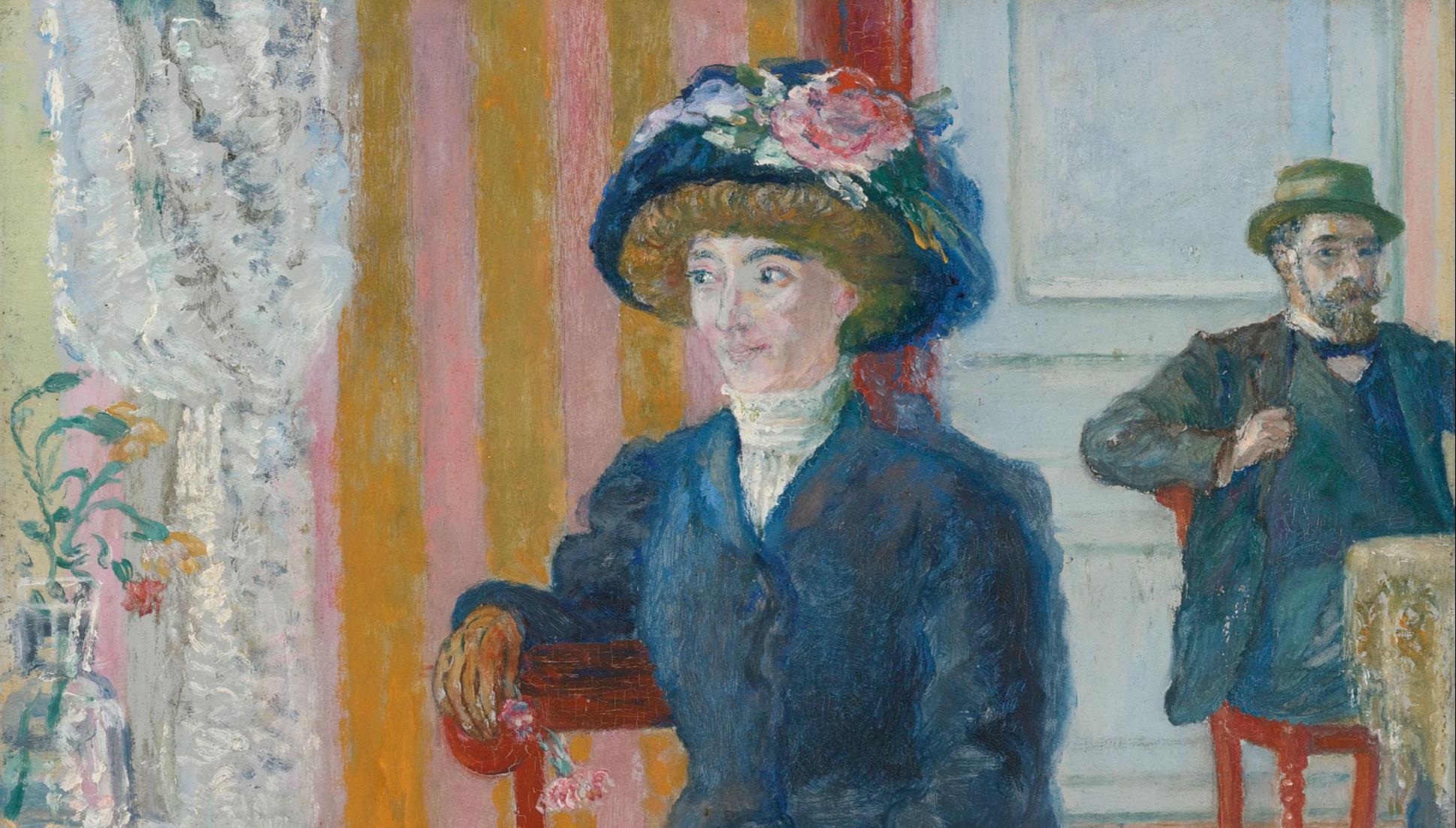 New York - James Ensor's Nos deux portraits (1860-1949) (estimate: $300,000-500,000) will be a highlight of Bonhams Impressionist and Modern Art Sale on May 15, 2018. Distinguished by its important early provenance and extensive exhibition history, Nos deux portraits is a rare double portrait of the artist and his close companion Augusta Boogaerts. This work was exhibited in Ensor's first retrospective exhibition in 1929 at the Palais des Beaux-Arts in Brussels and has since been exhibited throughout Europe and North America. The first owner of Nos deux portraitswas Augusta Boogaerts herself. 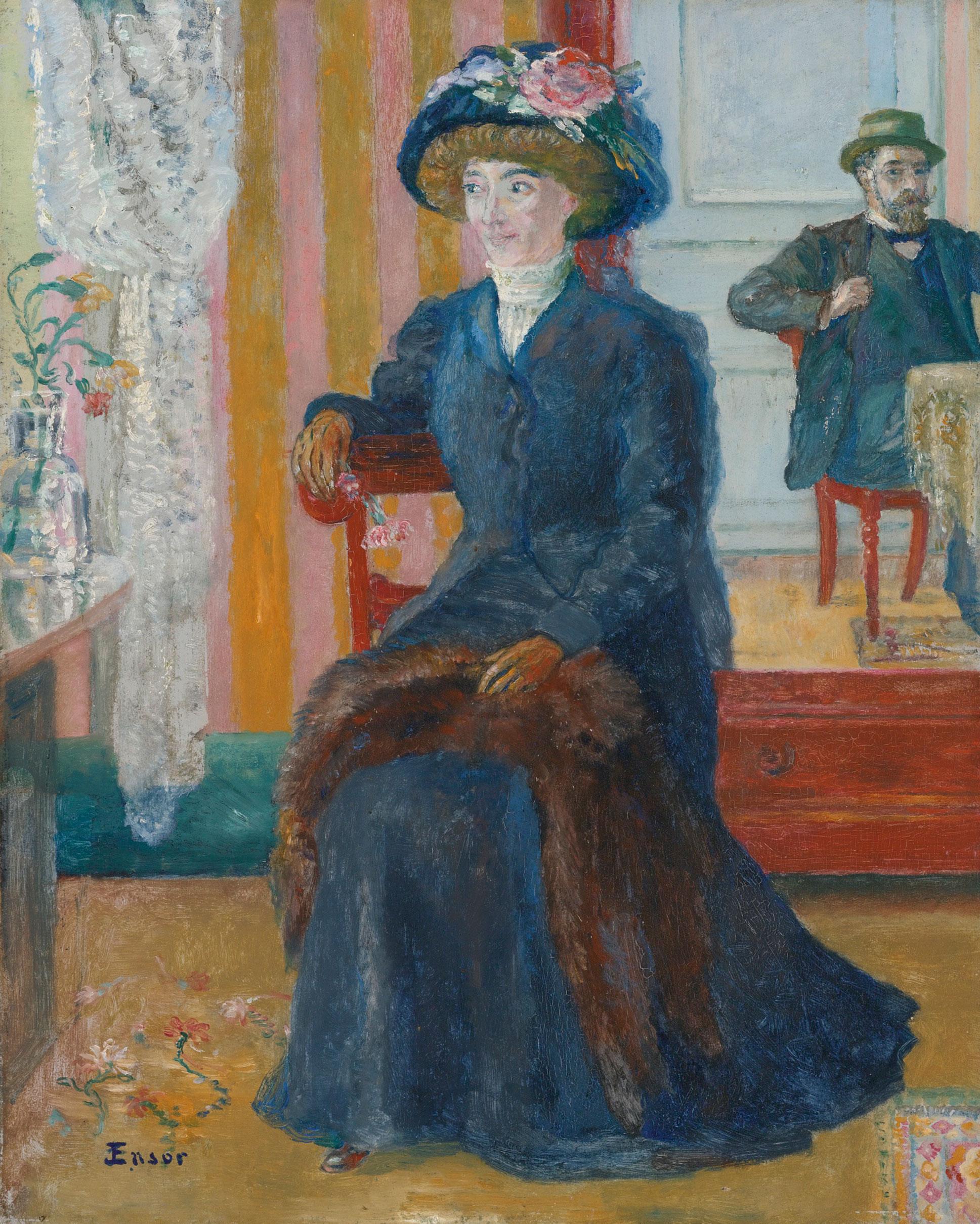 Nos deux portraits is one of four portraits Ensor painted of Augusta. She met Ensor in 1888 while working for his family's business, and remained his close companion for over sixty years. Ensor's family never approved of the relationship and the two never married or lived together. Instead, Augusta took on the role of an unofficial business and studio manager. She supervised Ensor's production and arranged many of his still-lifes composed of trinkets, shells and skulls. Ensor wrote Augusta's initials A.B. in his sketchbook where he reproduced all his paintings, further indicating that she had enormous influence over his still-life compositions.

Two Merz collages by Kurt Schwitters (1887-1948) are also among the important highlights of this sale − 21 (estimate: $70,000-90,000) and Cigar, recognized for its significant provenance (illustrated above, estimate: $80,000-120,000). The first owner of Cigar was Edith 'Wantee' Thomas, Schwitters' beloved companion with whom he spent the last decade of his life. Edith inherited many of Schwitters' most important works, including Cigar, and managed the artist's estate. The second private owner was S.I. Hayakawa, an esteemed academician and United States Senator.