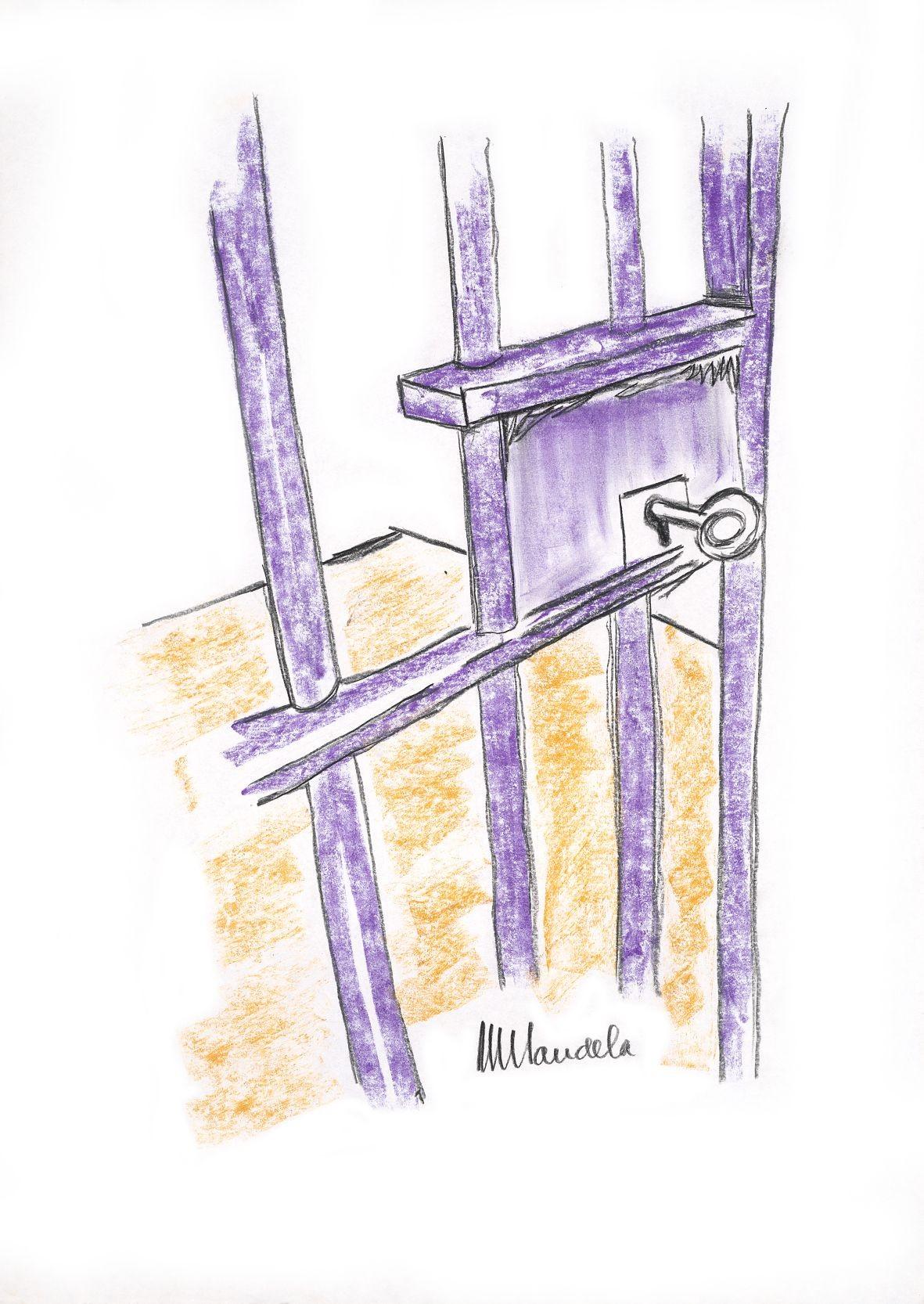 New York – On May 2, a powerful sketch by Nelson Mandela, The Cell Door, Robben Island, sold for $112,575 at Bonhams Modern and Contemporary African Art sale. The wax pastel crayon work, which Mandela created in 2002, was the only work that the statesman kept for his personal collection. It had an estimate of $60,000-90,000.

After his official retirement in 1999, the former President of South Africa turned to art as a therapeutic activity that helped him express and reflect on his tumultuous life. In 2002, he created 22 sketches about his 27 year-long incarceration, focusing on images he found symbolically and emotionally powerful.

Ten of these original drawings were then reproduced as editions of lithographs for the series My Robben Island (2002) and Reflections of Robben Island (2003). However, these sets did not include The Cell Door, which was regarded as a deeply personal image and one that he wanted to keep for himself.

Bonhams Director of Modern and Contemporary African Art, Giles Peppiatt, said: “This is the first time that a piece by Nelson Mandela has ever come to the auction market, and it resonated strongly with buyers. It was featured in a very strong auction which set six new world records as a New York debut for African Contemporary Art.”

Additional highlights of the sale included: