Painting by JFK Sells at Auction for $1.1 Million 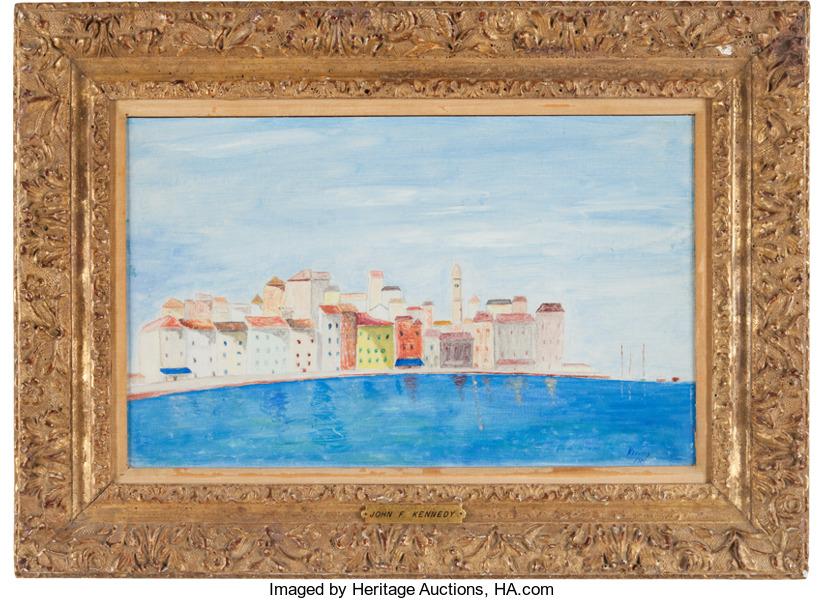 "Collectors were hunting for the unique," said Tom Slater, director of Americana auctions at Heritage. "We presented some of the most unusual relics seen in recent memory, including several fresh-to-market items that had remained in the same family for decades."

The oil painting Kennedy completed in 1955 is believed to be one of just two known paintings by the President, the other being in the Kennedy Library. It hung in the bedroom of Robert and Ethel Kennedy's home, Hickory Hill, and was eventually presented to their son upon his marriage to Victoria Gifford Kennedy.

An important Cigar Store Indian Tobacconist Figure, one of only a few known signed by artist Julius Theodore Melchers sold for $81,250. Considered one of America's finest and most renowned carvers of his time, Melchers typically carved his trade figures from one piece of wood, making the 77-inch example quite rare since it is fully intact and in an exceptional state of preservation.

An 1846 Quarter Plate Daguerreotype Profile Portrait of President John Quincy Adams sold for $31,500. In his personal diary, Adams documented the photograph taken in the Washington, D.C. studio of John Plumbe. Adams was the earliest president to have been photographed.