Columbus, Ohio – Considered by many to be the most famous violin in the world, Niccolò Paganini’s “Il Cannone” violin travels to Columbus for the first time in its history. Greater Columbus Sister Cities International (GCSCI) with the generous support of Columbus City Council, the Harold C. Schott Foundation and the Greater Columbus Arts Council, is hosting Paganini’s “Il Cannone” violin at the Columbus Museum of Art from May 11-19 with a public performance by the Columbus Symphony on Wednesday, May 15 at the historic Ohio Theatre.

What makes this exchange unique is the cultural significance of this iconic violin. Niccolò Paganini, often referred to as the Devil’s Violinist, was one of the most celebrated musicians of all time. It is said that “Il Cannone” violin was initially lent to him by a wealthy businessman, but upon listening to Paganini’s awe-inspiring performance, the businessman insisted that he keep it. To this day, Paganini is one of few musicians who is consistently linked with one instrument.

Constructed in 1743 by Bartolomeo Giuseppe Guarneri, “Il Cannone” is most known for the rich and powerful sounds it produces. This Italian national treasure is on permanent display at the Palazzo Doria-Tursi in Genoa, Italy. It rarely leaves its home in Genoa, making this visit to Columbus, truly historic. The last time the violin traveled to the United States was to New York City in 2003.

Genoa and Columbus have been sister cities since 1955. This exchange is the apex of a series of successful cultural exchanges between the two cities, including the 2018 national award-winning Thousand People exchange.

“This is a treasured, monumental opportunity for our City. Niccolò Paganini, one of the most celebrated violin virtuosi of all time and his Guarneri Violin, which is more than 275 years old, will be played by Columbus Symphony Concertmaster Joanna Frankel for the first time in the Midwest. This rare historical opportunity is a celebration of culture and a testament to the relationship that we have with our oldest sister city, Genoa, Italy.” Columbus Councilmember Priscilla Tyson 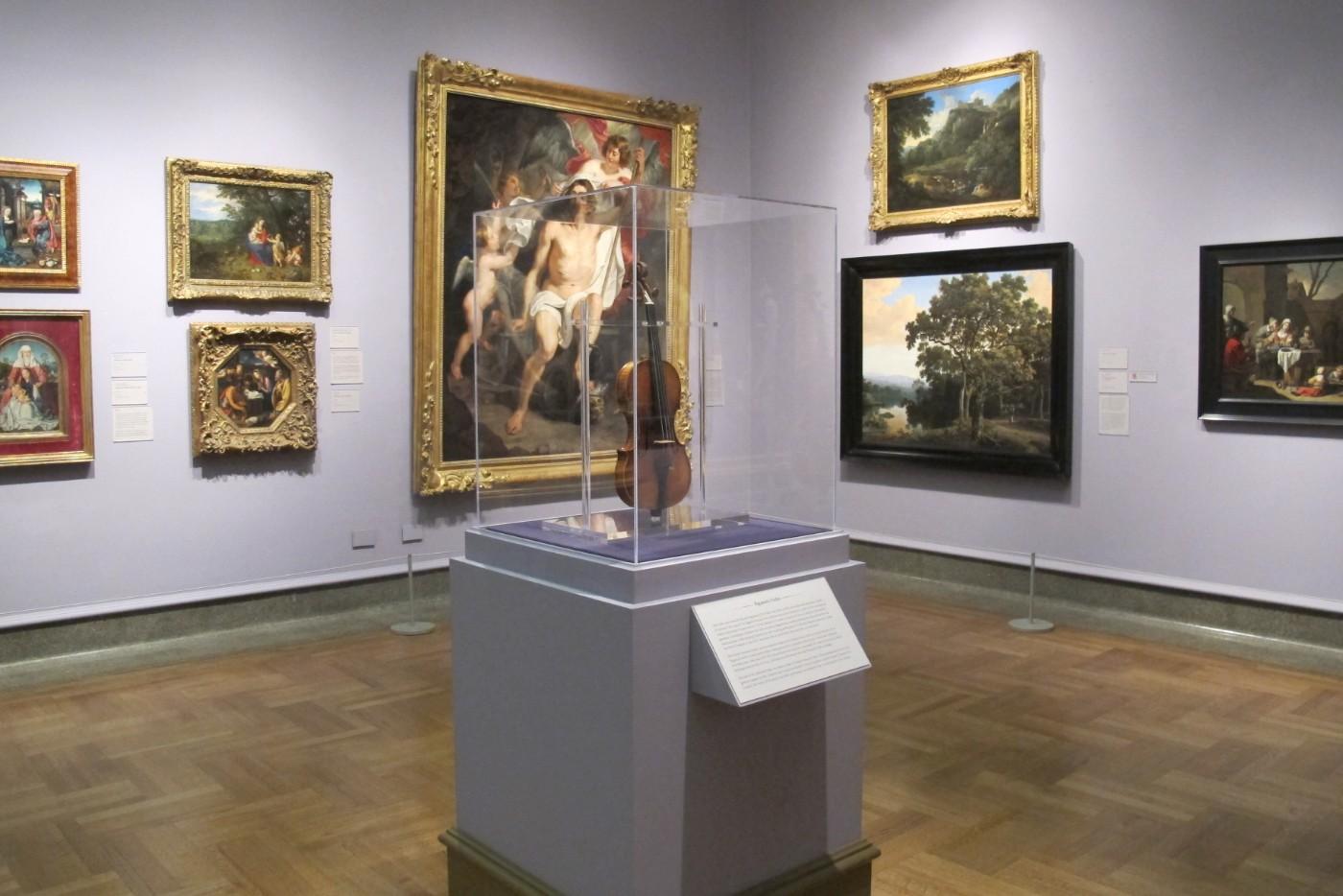 This violin is a fragile and irreplaceable masterpiece that symbolizes one of Italy’s most celebrated and beloved artists. The violin’s visit to Columbus provides an opportunity to take in a musical experience which highlights Genoa’s global contribution to art, history and culture. Highlighting the importance of this exchange, a delegation led by the Mayor of Genoa, Marco Bucci, will accompany the violin to Columbus.

“This will be an occasion to reaffirm our commitment to further strengthen the mutual cooperation between our two cities by recognizing the distinctive role of culture as an instrument for dialogue among people.” Mayor Marco Bucci

The violin will be on display at the Columbus Museum of Art from May 11-19. On Wednesday, May 15, Music Director Rossen Milanov with the Columbus Symphony and featuring Concertmaster Joanna Frankel performed on “Il Cannone” violin, presented a concert dedicated to the cultural exchange between the two sister cities.

Visit www.columbussistercities.com to learn more about this unique exchange.