“No Spectators: The Art of Burning Man” Opens March 30 at Renwick Gallery 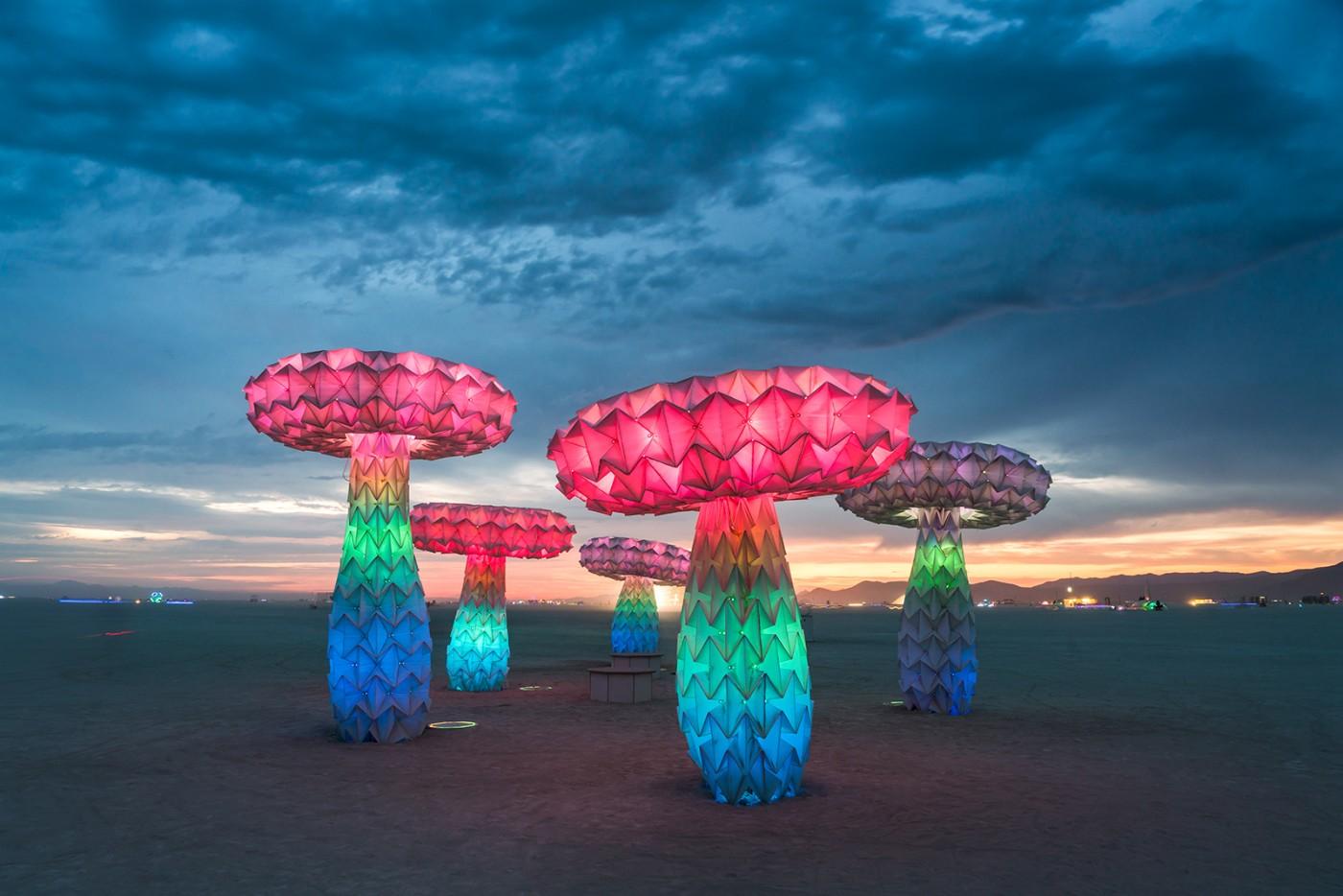 Cutting-edge artwork created at Burning Man, the annual desert gathering that is one of the most influential events in contemporary art and culture, will be exhibited in the nation’s capital for the first time this spring. “No Spectators: The Art of Burning Man” will take over the entire Renwick Gallery building, exploring the maker culture, ethos, principles and creative spirit of Burning Man. Several artists will debut new works in the exhibition. In addition to the in-gallery presentation, the Renwick exhibition will expand beyond its walls for the first time through an outdoor extension titled “No Spectators: Beyond the Renwick,” displaying sculptures throughout the surrounding neighborhood.

Nora Atkinson, the museum’s Lloyd Herman Curator of Craft, is organizing the exhibition in collaboration with the Burning Man Project, the nonprofit organization responsible for producing the annual Burning Man event in Black Rock City. The outdoor extension of the exhibition is presented in partnership with Washington, D.C.’s Golden Triangle Business Improvement District, a 43-square-block neighborhood that stretches from the White House to Dupont Circle. The Burning Man community was instrumental in suggesting artworks for inclusion in the exhibition.

“No Spectators: The Art of Burning Man” opens March 30, 2018. The Renwick is the sole venue for the exhibition, which will close in two phases. The first floor will showcase works by Candy Chang, Marco Cochrane, Duane Flatmo, Michael Garlington and Natalia Bertotti, Five Ton Crane Arts Collective, Scott Froschauer, Android Jones and Richard Wilks and will close Sept. 16, 2018. The second floor, featuring works by David Best, FoldHaus Art Collective, Aaron Taylor Kuffner, HYBYCOZO (Yelena Filipchuk and Serge Beaulieu), Christopher Schardt and Leo Villareal, will remain on view through Jan. 21, 2019. “No Spectators: Beyond the Renwick,” will be presented in downtown Washington through December 2018.

Burning Man is both a cultural movement and a thriving temporary city of more than 75,000 people that rises out of the dust for a single week each year in late summer in Nevada’s Black Rock Desert. During that time, enormous experimental art installations are erected, some of which are then ritually burned to the ground. The desert gathering is a uniquely American hotbed of artistic ingenuity, driving innovation through its philosophies of radical self-expression, community participation, rejection of commodification and reverence for the handmade.

“The scale, the communal effort and the technical challenges inherent in creating works for the desert are part of what sets Burning Man apart from other art experiences,” said Stephanie Stebich, The Margaret and Terry Stent Director of the Smithsonian American Art Museum. “It is an amazingly creative laboratory where innovators go to play and to push the boundaries of their craft. Displaying the art of Burning Man at the Renwick is the latest example of our focus on new directions in craft and making.”

Large-scale installations—the artistic hallmark of Burning Man—will form the core of the exhibition. Individual artists and collectives featured in “No Spectators: The Art of Burning Man” include Best, Chang, Cochrane, Five Ton Crane Arts Collective, Flatmo, FoldHaus Art Collective, Froschauer, Garlington and Bertotti, HYBYCOZO (Filipchuk and Beaulieu), Kuffner, Jones, Schardt, Villareal and Wilks. Best is creating a temple specifically commissioned for the Renwick’s Grand Salon, where the museum has presented its program of large-scale, immersive installations. Multiple installation sites have been selected throughout the neighborhood surrounding the museum for “No Spectators: Beyond the Renwick.” The presentation will include works by Jack Champion, Mr. and Mrs. Ferguson, HYBYCOZO, Laura Kimpton, Mischell Riley and Kate Raudenbush.

The installations by perennial Burning Man artists Best, Garlington and Bertotti, Five Ton Crane and Jones were commissioned specifically for the Renwick’s presentation and will debut in the exhibition. “No Spectators” also marks the first public display of the works chosen for the exhibition by Chang, Froschauer and Kuffner.

“These artists represent the creative spirit of the contemporary maker movement and the ongoing importance of craft in the digital age,” Atkinson said. “They range from members of the art world, the tech community and beyond. Their work asks questions such as ‘what does art look like when it is separated from commercial value?’ and ‘why do we continue to make in the 21st century?’”

“No Spectators: The Art of Burning Man” also will feature costumes, jewelry, video and photography by artists and designers who participate in Burning Man, emphasizing the breadth of self-expression at the event. Archival materials and photographs from a condensed presentation of “City of Dust: The Evolution of Burning Man,” organized by the Nevada Museum of Art in Reno, will trace the movement’s growth and bohemian roots.

“We are pleased to collaborate with the Renwick Gallery of the Smithsonian American Art Museum to bring the world a slice of the creativity that was born in Black Rock City,” said Marian Goodell, CEO of Burning Man Project. “Through this ambitious exhibition, more people will have a chance to engage with Burning Man’s ethos, which has given rise to a thriving year-round culture spurred by a growing global community of participants. We’re looking forward to this excellent opportunity to share the elements of Burning Man that are helping change the world around us for the better.”