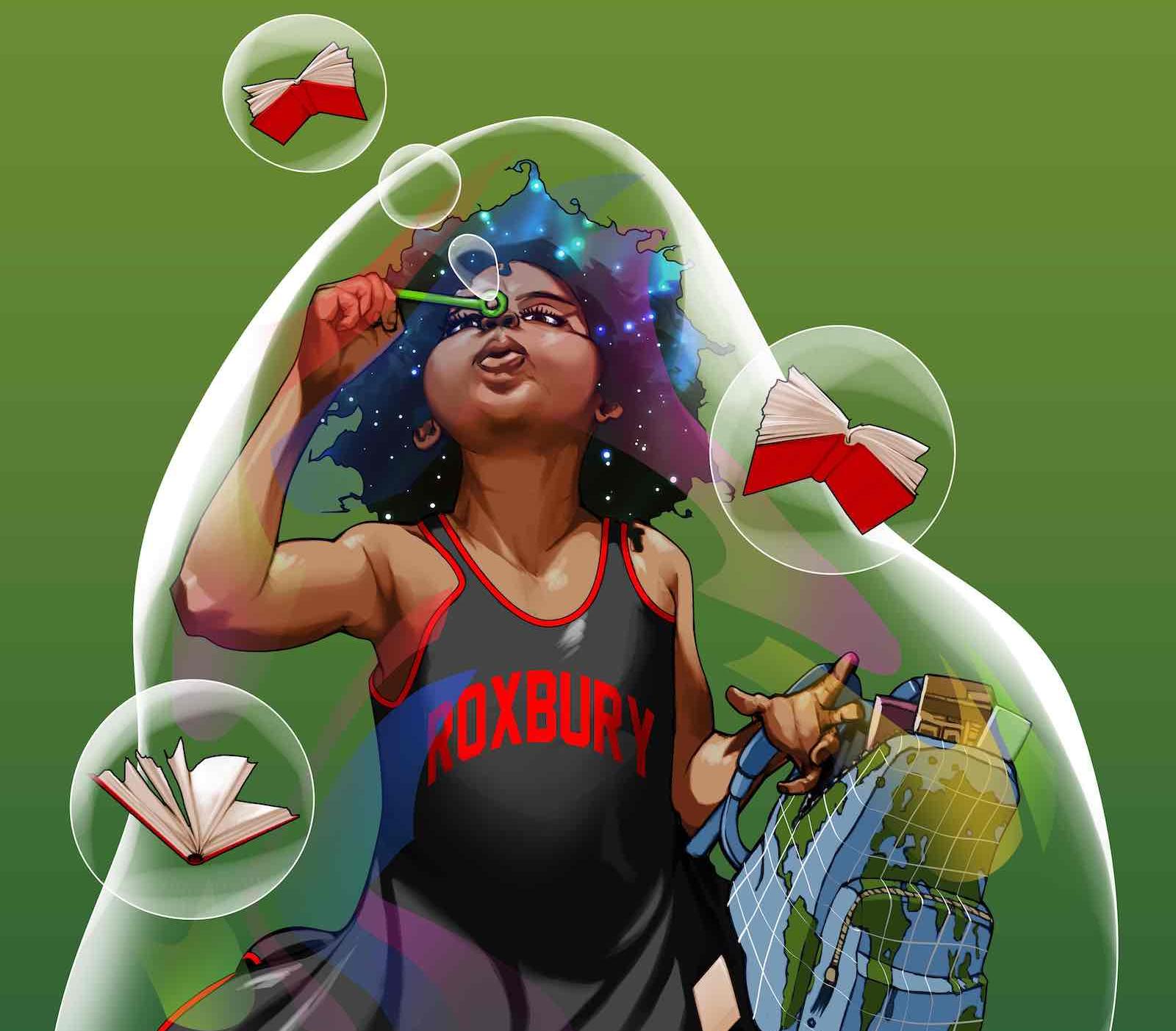 BOSTON, MASSACHUSETTS — The Museum of Fine Arts, Boston (MFA), announced in June, 2020 the launch of a multipart community mural project co-led by artists-in-residence Rob “Problak” Gibbs and Rob Stull—a key initiative of the MFA’s 150th anniversary that draws inspiration from Writing the Future: Basquiat and the Hip-Hop Generation, which was originally set to run in April, 2020.

In collaboration with the City of Boston, Gibbs has begun painting a new outdoor mural—the next production in his Breathe Life series—on the exterior of Madison Park Technical Vocational High School, after engaging teen collaborators in the work’s conception and art direction. Stull has served as creative director and illustrator for a comic book-style brochure that chronicles the project and maps out other murals within walking distance of the MFA—offering readers a path to rich artistic encounters in the Museum’s surrounding neighborhoods. The publication, available for free on the MFA's website, is accompanied by Co-Sign, a documentary video created by Beyond MEASURE Productions that explores Gibbs’ and Stull’s influences and considers the core mission of graffiti art and its essential relationship to hip-hop culture.

“We’re honored to welcome Rob and Rob as artists-in-residence and to have them lead the way on a cornerstone project of the MFA’s 150th anniversary, one that is truly of and for Boston. They continue the legacy of Jean-Michel Basquiat and his fellow revolutionary artists featured in Writing the Future, and join us in celebrating hip-hop culture in all its forms,” said Matthew Teitelbaum, Ann and Graham Gund Director. Gibbs has been a fixture of Boston’s street art scene for more than twenty years, and this new work joins two earlier Breathe Life murals located in Roxbury and Dorchester.

“Growing up during the golden age of hip-hop, I spent a lot of time venturing between the Lenox Street apartments and the Orchard Park projects of Roxbury. I came across graffiti, which was often labeled as ‘vandalism.’ To me, it was clear that graffiti was an art form, one that had the power to convey culture, history, and knowledge,” said Gibbs. “It became my mission to transform the streets of Boston with graffiti art—an art form that is frequently criminalized, undervalued, and maligned in mainstream culture. I hope to continue to find new ways to innovate my craft and to mentor others in the art form that changed my life.”

Stull, a comic book and graphic design professional who has worked for Marvel and DC Comics, has created a new series of black-and-white drawings as his own visual response to Writing the Future. Honoring four of the featured artists—Jean-Michel Basquiat, Futura, Lady Pink, and Rammellzee—as well as Gibbs, his fellow “Boston writer,” Stull’s original works will go on view alongside the exhibition when it opens at the MFA in fall 2020, at a to-be-announced date following the Museum’s ongoing temporary closure.

“Basquiat, Futura, Rammellzee, Lady Pink, and others of their era are the catalysts. We recognize them as architects and pioneers of a movement,” said Stull. “As a graduate of the School of the Museum of Fine Arts at Tufts, I’m honored to be an artist-in-residence at the MFA and to participate in the Writing the Future exhibition.”

The mural project is funded in part by a grant from the City of Boston’s Transformative Public Art Program. This year, the program has been modified to respond to the COVID-19 public health emergency, with the goal of commissioning artworks that connect the people of Boston even when access to public spaces and each other is limited. The MFA and the City are working together with Gibbs to implement his project in accordance to public health standards. As the new Breathe Life mural takes shape, Beyond MEASURE Productions—the Boston-based, diasporic-owned filmmaking company that created Co-Sign—will continue to document Gibbs’ painting progress through photographs and videos that will be shared on the MFA’s social media channels.

"Rob has been a longtime leader of Boston's cultural community, through his work as a co-founder at Artists for Humanity and his contributions to Boston's public art scene," said Kara Elliott-Ortega, Chief of Arts and Culture for the City of Boston. "We were thrilled to support his first Breathe Life mural in Grove Hall, and have seen the lasting impact it has had on the surrounding community. I look forward to seeing more of Boston's residents interacting with his work, and watching it spark more creative expression throughout the city." 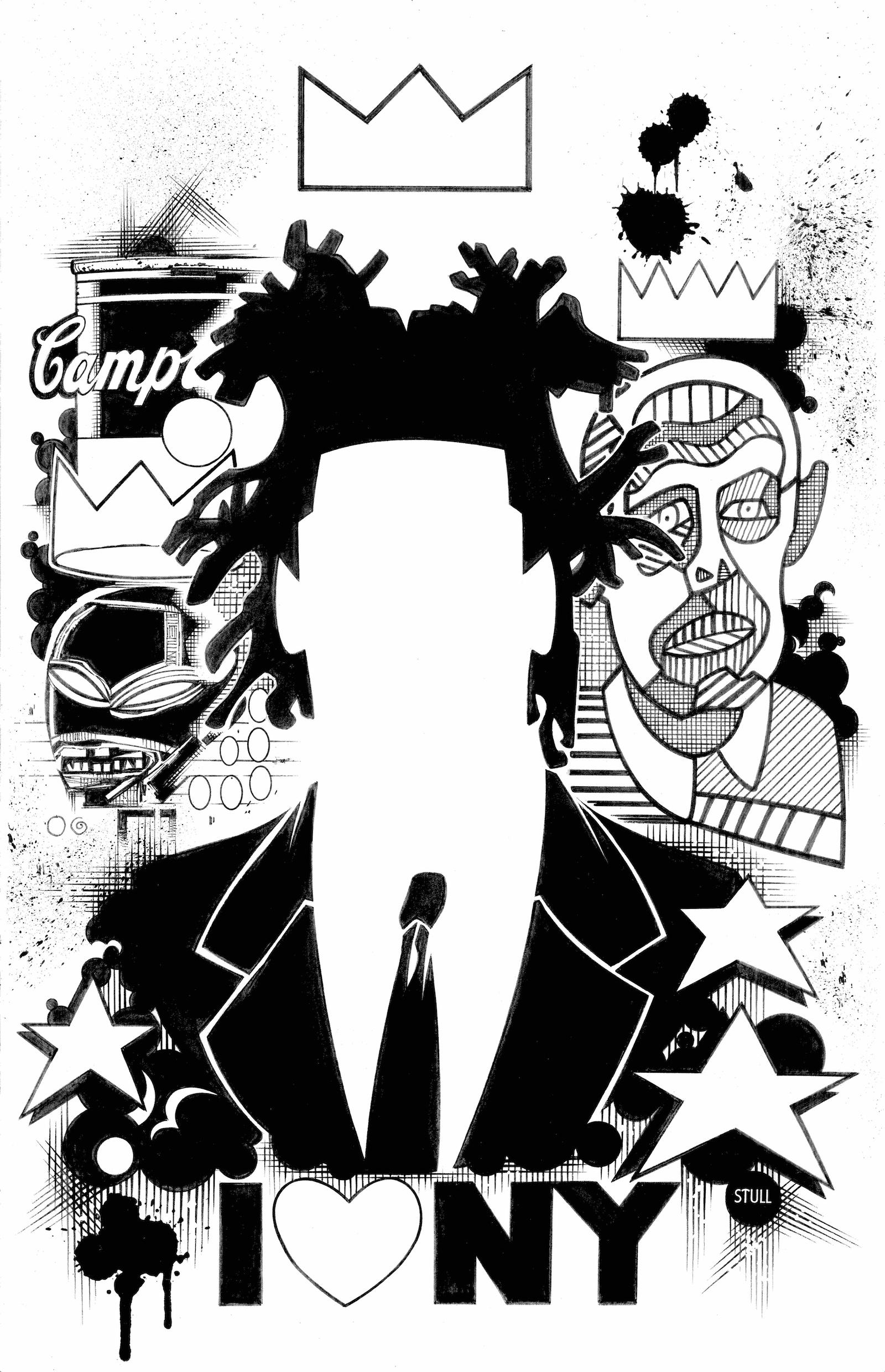 *Courtesy of the artist

Gibbs began his Breathe Life series in 2017 with a mural of a young boy located in Dorchester’s Grove Hall neighborhood, where his own artistic journey began in middle school. The second mural, painted in 2019, portrays the boy with his sister and can be found in Lower Roxbury, where the artist grew up. The new Breathe Life mural—the MFA project—centers the sister, depicting the young girl enveloped in a giant bubble and surrounded by ideas and knowledge from artists that came before her, in the form of books emanating from her backpack. Students from Madison Park High School and Artists for Humanity—the arts nonprofit that Gibbs co-founded in 1991—worked with the artist on the earliest stages of the project. Gibbs guided his young collaborators through the artistic process, introducing them to the thought, looking, and research involved in designing a work of art, as well as the practical and technical challenges of creating depth, energy, and meaning on the walls of a building.

“It signals the beginning of a ‘new day’ in the MFA’s 150-year history to welcome these two incredibly talented Black men, both of whom grew up mere miles away, as artists-in-residence and to help shape our thinking around Boston’s first Basquiat exhibition.

The Museum has the ability to shape the cultural sector, but more importantly, we have the opportunity to be shaped by the culture that surrounds us,” said Makeeba McCreary, Patti and Jonathan Kraft Chief of Learning and Community Engagement. “I look forward to welcoming the many young people from our city who will now find themselves here because of Rob and Rob’s generosity to be our thoughtful partners.”

Originally scheduled to open at the MFA in April 2020, Writing the Future: Basquiat and the Hip-Hop Generation is the first major exhibition to chart Basquiat’s relationship to early hip-hop culture and the first exhibition of the artist’s work in Boston. The show eventually opened in October, 2020 and is scheduled to remain up through May 16, 2021.

In the early 1980s, Basquiat and his peers A-One, ERO, Fab 5 Freddy, Futura, Keith Haring, Kool Koor, LA2, Lady Pink, Lee Quiñones, Rammellzee and Toxic were among the prophetic founders of post-graffiti: a transformational and insurgent movement in contemporary American art. The exhibition positions this group of artists—who transitioned their work from New York City’s walls and subway trains onto canvas and into the predominantly white art world—as multidisciplinary pioneers whose subversive abstractions of visual and verbal language fueled new directions in fine art, design and sound. While the MFA was closed, elements of the exhibition—including images of artworks, wall texts, a curated Spotify playlist, video content and more—were added to the museum's website.

The Community Mural Initiative is supported by the Carl and Ruth Shapiro Family Foundation and The Boston Foundation. Sponsored by Converse. Additional support from the Darwin Cordoba Fund, the Museum Council Artist in Residency Fund, the Museum Council Community Mural Fund, and Robert and Pamela Adams. This program is supported in part by the Transformative Public Art grant from the City of Boston Mayor’s Office of Arts and Culture.