The Met to Receive Major Gift of European Arms and Armor 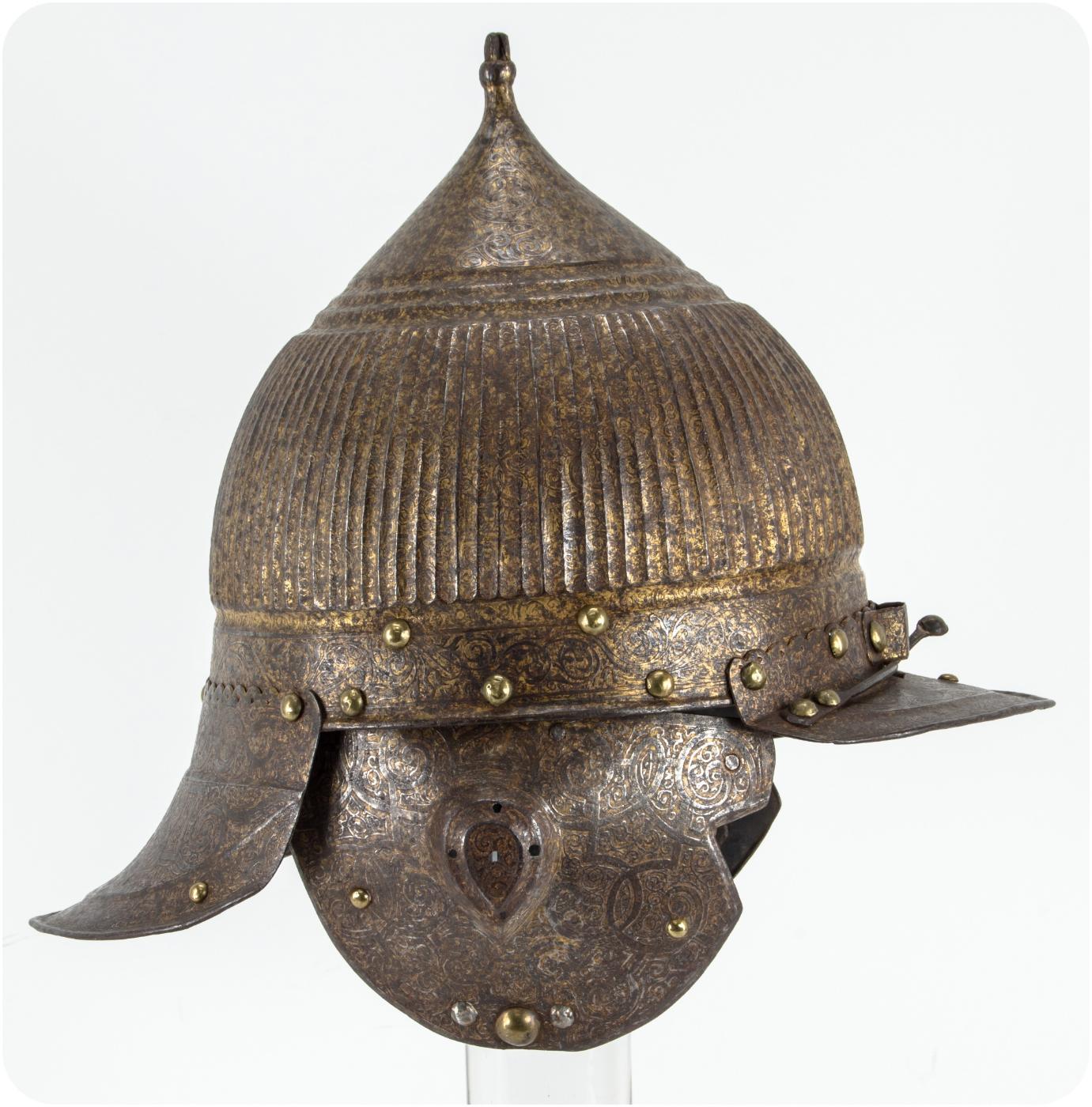 The Metropolitan Museum of Art announced today a landmark gift from Ronald S. Lauder of 91 objects from his collection of arms and armor. Mr. Lauder's gift is the most significant grouping of European arms and armor given to the Museum since 1942. Regarded as one of the world's finest privately owned collections of European arms and armor, Mr. Lauder's gift includes exquisite medieval and Renaissance armors for man and horse and rare examples of weapons. The promised gift will dramatically expand the breadth of the Department of Arms and Armor's European holdings as well as its ability to showcase the distinctive styles of schools of armorers and their superb art and craftsmanship for visitors.

Mr. Lauder's gift also provides the department with significant financial support that will keep the Museum at the forefront of presenting and studying arms and armor. In recognition of his exceptional generosity, The Met will name the department's suite of 11 galleries the Ronald S. Lauder Galleries of Arms and Armor.

"We are deeply grateful to Ronald S. Lauder for this gift of masterpieces from his celebrated arms and armor collection—which is outstanding in its magnitude and one of a kind in its quality—and his generous support for programming," said Max Hollein, Director of The Met. "This transformative donation is a testament to Mr. Lauder's extraordinary dedication to the Museum and his continued leadership in supporting the Department of Arms and Armor, which has spanned decades and seen important loans for both long-term installations and major exhibitions over the years. The exemplary level of connoisseurship Mr. Lauder has applied while building his collection, along with his truly remarkable generosity, makes this such a meaningful moment for the Department of Arms and Armor and The Met as a whole." 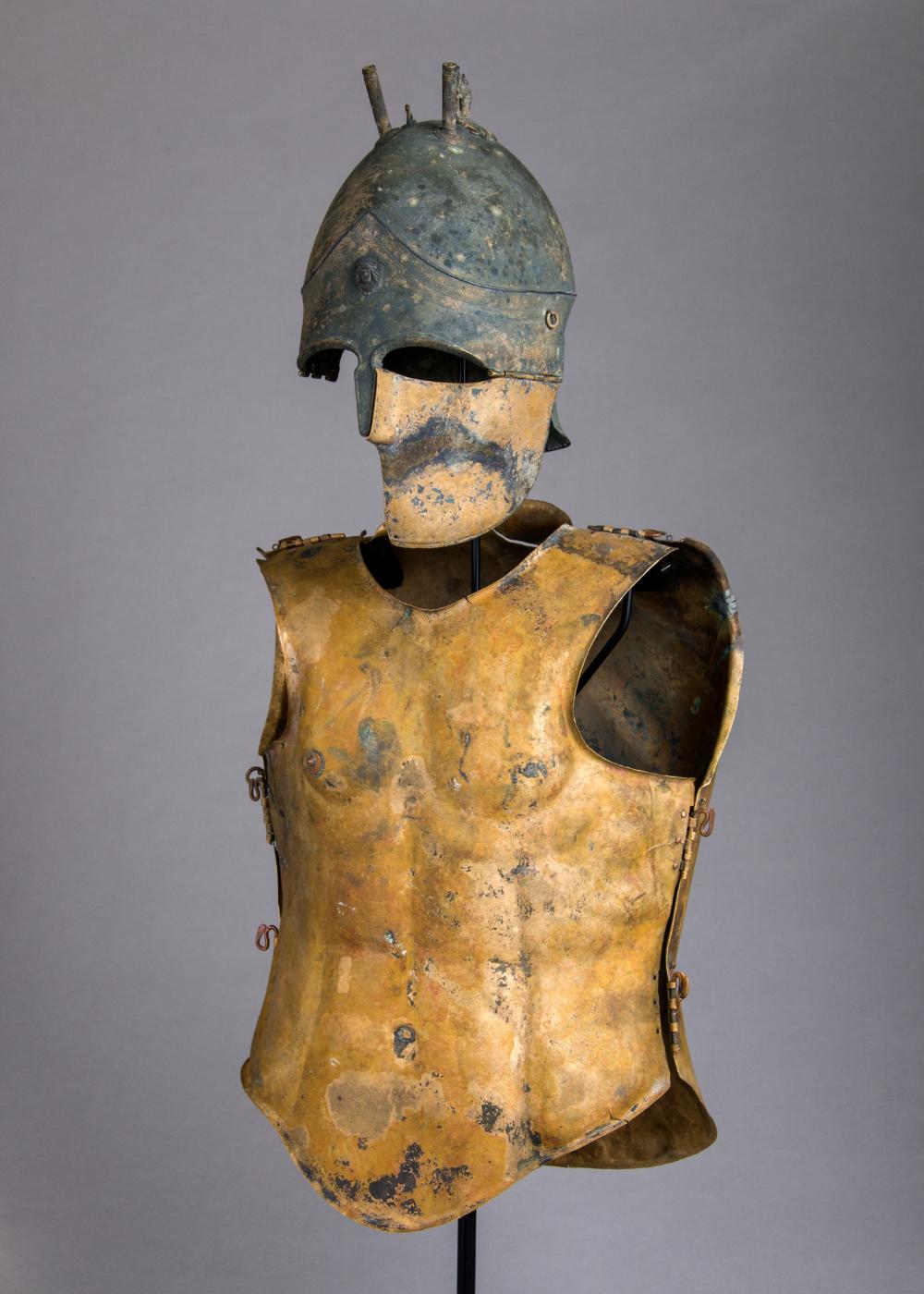 the metropolitan museum of art

Assembled from 1976 to the present, the Ronald S. Lauder collection of arms and armor is outstanding for the exceptional rarity and quality of the objects, their illustrious origins, and their typological variety. The works include a 17th-century field armor made in Tuscany in a workshop patronized by the Medicis, which is one of only two known in the world; and an armor for field and tournament, complete with shaffron, which was made in the royal court workshops at Greenwich for presentation as a gift to Friedrich Ulrich, Duke of Brunswick-Wolfenbüttel (1591–1634), in the early 17th century.

The Greenwich armor is the best documented work of the Greenwich Armouries in existence, as well as the only Greenwich armor to retain any polychrome decoration. This monumental gift will make it possible for the matching gauntlets, which entered the Museum's collection in 1913, to be permanently reunited with the armor to which they originally belonged. The now-complete armor will be on display in the galleries beginning in early December for a six-month period.

Pierre Terjanian, Arthur Ochs Sulzberger Curator in Charge of the Department of Arms and Armor, added: "This extraordinary collection, so patiently and expertly assembled and cared for over four decades, is a historic and transforming gift to the department. It will provide stunning expressions of the armorer's art that were previously not represented in the Museum's collection, and will add depth to areas in which we are already strong. The quality of the works is truly unmatched, and with this gift Mr. Lauder will also support a number of enhancements to our visitor experience and our work more generally."

Earlier this year, in honor of the Museum's 150th anniversary, Mr. Lauder made a promised gift of an early 17th-century silvered and gilt Flemish half-shaffron made for King Philip IV of Spain or his brother Don Carlos to The Met. It will be on view along with 45 other objects in the upcoming exhibition Emperors, Artists, and Inventors, which opens on December 21.

"Since I was a teenager I have been fascinated by and had a special love for arms and armor," said Ronald S. Lauder. "I would spend hours at The Met, imagining the stories of knights, kings, and princes. Later, I realized that arms and armor had a distinct beauty all its own, which represents the best sculpture of the 15th and 16th centuries. In my early 20s, I began assembling my own collection with the help of Stephen Grancsay (1929–1964), one of The Met's early curators for arms and armor. The donation we are announcing today represents nearly 55 years of collecting, and I could not have done it without the help of the curators at The Metropolitan Museum of Art. When I began thinking about where I wanted my collection to ultimately be displayed, it was only fitting that it would all come back to The Met. Just as I have learned and continue to learn at The Met, I know that this collection will educate future generations about this important period in our history, and I see another young person, years from now, coming to The Met with the same excitement and fascination that I had so many years ago."

The gift of Ronald S. Lauder's collection includes many objects that will strengthen the department's ability to present key stylistic developments across Europe from the late Middle Ages through the Renaissance. Among the objects are landmarks in the study of European arms and armor, such as a parade burgonet of silvered and gilt steel embossed with ornament in low relief, which was specially made around 1560 for a member of the Colonna family of Rome, as well as important shields, swords and daggers, maces, crossbows, and firearms.

About Ronald S. Lauder
Ronald S. Lauder is Co-Chair of the Department of Arms and Armor Visiting Committee. The gift of his collection follows a series of philanthropic commitments, including the lead sponsorship of the celebrated exhibition The Last Knight: The Art, Armor, and Ambition of Maximilian I, which was on view at The Met Fifth Avenue from October 2019 through January 2020. The gift will also support necessary updates to the department's galleries, sustain scholarship and acquisitions, and help fund future programming, building on the Department of Arms and Armor's prior achievements, including organizing insightful exhibitions, introducing new displays in its galleries, and collaborating with MetLiveArts to present the popular 2018 performances of Battle! Hip-Hop in Armor.

About The Met's Department of Arms and Armor
The Metropolitan Museum of Art received its first examples of arms and armor in 1896 and began to attract international recognition for its holdings in the field after acquiring, by purchase in 1904, a substantial group of Japanese arms and armor as well as a major private collection of European arms and armor. This led to the establishment of the Department of Arms and Armor by the Museum's Board of Trustees on October 28, 1912. The collection has continued to grow and now ranks with the other great armories of the world, which reside in Vienna, Madrid, Dresden, Paris, and Leeds.

The Arms and Armor galleries, which are among the Museum's most popular attractions, display the Museum's outstanding holdings of armor and weapons of sculptural and ornamental beauty from Europe, the Middle East, Asia, and America. In addition to the fine examples of European armor, firearms, and swords, many spectacular works from The Met's renowned collection of Japanese arms and armor, the most comprehensive outside Japan, are also on view. Galleries are also devoted to arms from various Islamic cultures and to American arms from the Colonial era to the late 19th century. The collection, the most encyclopedic in the world, now consists of more than 14,000 objects that date from prehistory through the 20th century. It encompasses objects ranging from minute ornamental sword fittings to full suits of armor, including a superb series of tournament and parade armors.