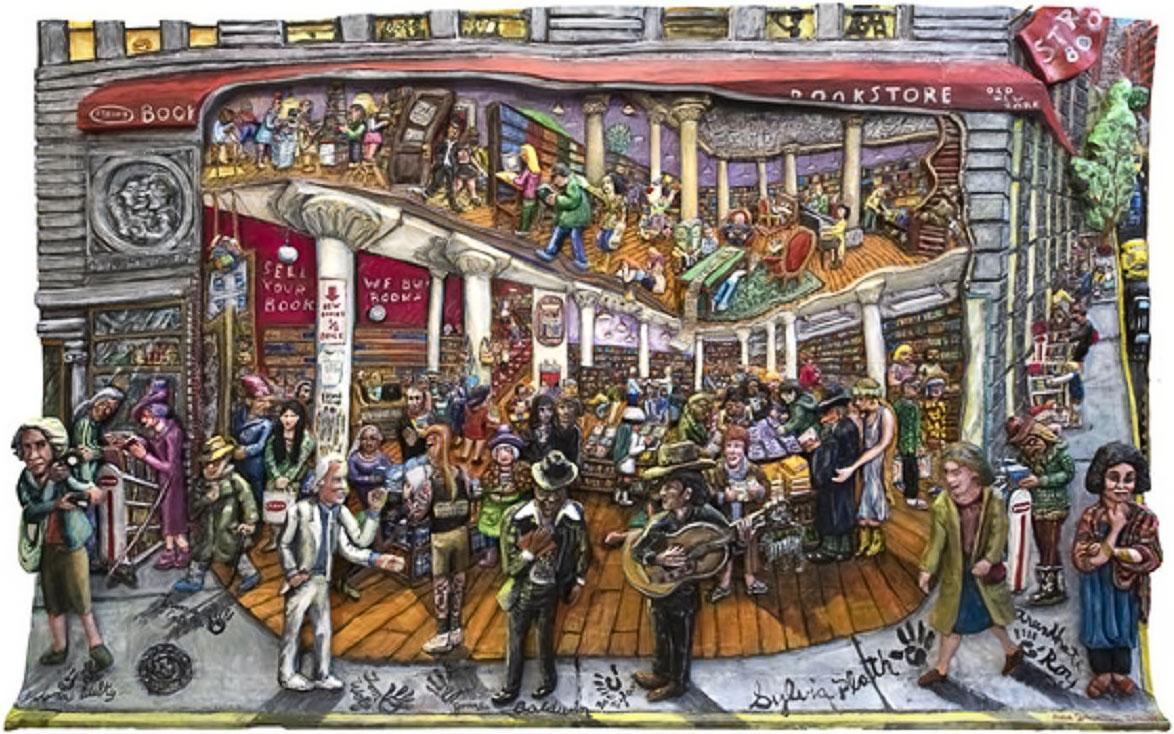 NEW YORK, NEW YORK: The Directors of Marlborough Gallery are pleased to announce New York on My Mind, a solo exhibition comprised of recent works by the American artist, Red Grooms. The exhibition will open on Tuesday, November 28th with a reception from 6:00 – 8:00 pm, and will continue through December 28th.

New York on My Mind showcases the artist’s most recent body of work, created over the past two years. In the exhibition, Grooms portrays the city through his quintessential chronicles of characters and day-to-day life in New York. Most prevalent in this exhibition is the rapidly changing landscape of the city itself, with its interminable construction projects and audacious “starchitect” high-rises that are constantly changing the city skyline. Beyond the recognizable commotion and comical elements articulated in the works, each scene carries a similar motif—a dialogue between old and new; a generation’s simultaneous creation and destruction of a city that the artist has documented throughout his life, since his arrival in 1957.

The exhibition will include both works on paper and the artist’s iconic three-dimensional constructions, which are first carved and later painted in bright colors that portray his idiosyncratic aesthetic and ultimately optimistic world view.

The centerpiece of the exhibition is The Strand, a nearly 10 ft. wide recreation of the famed bookstore on 12th Street and Broadway. A proud survivor of the digital age, the 86-year-old Strand is known to New Yorkers as a place for bargains and bustle. Always crowded with “18 miles of books,” and browsers from all walks of life, the bookstore is frequented by tourists and life-long New Yorkers alike. Among the recognizable characters portrayed within the work are some of Red Grooms’s heroes, among them: Philip Roth, Bob Dylan, James Baldwin, Truman Capote, Sylvia Plath, and Toni Morrison. “Sherlock Holmes,” the artist points out, is “upstairs investigating a murder.”

Red Grooms was born in Nashville, Tennessee in 1937, and has lived in New York for the past 60 years. He studied at the School of the Art Institute of Chicago, The New School for Social Research in New York City, and at Hans Hoffman School of Fine Arts in Provincetown, MA.

The work of Red Grooms has been exhibited widely since the 1960s. The artist has been the subject of three retrospective exhibitions: Pennsylvania Academy of Fine Arts, Philadelphia, PA in 1985, Whitney Museum of American Art, New York, NY in 1987, and National Academy of Design, New York, NY in 2001. He has also been honored with several important survey exhibitions, most recently at the Brooks Museum of Art, in Memphis, Tennessee, the artist’s home state; Brattleboro Museum & Art Center, Brattleboro, VT; Hudson River Museum, Yonkers, NY in 2008; Nassau County Museum of Art, Roslyn Harbor, NY in 2005; and the Katonah Museum of Art, Katonah, NY in 2003. Grooms has received numerous awards and com¬missions throughout his career, including the Lifetime Achievement Award given by the National Academy of Design in 2003, and was an Open House New York honoree in 2011.