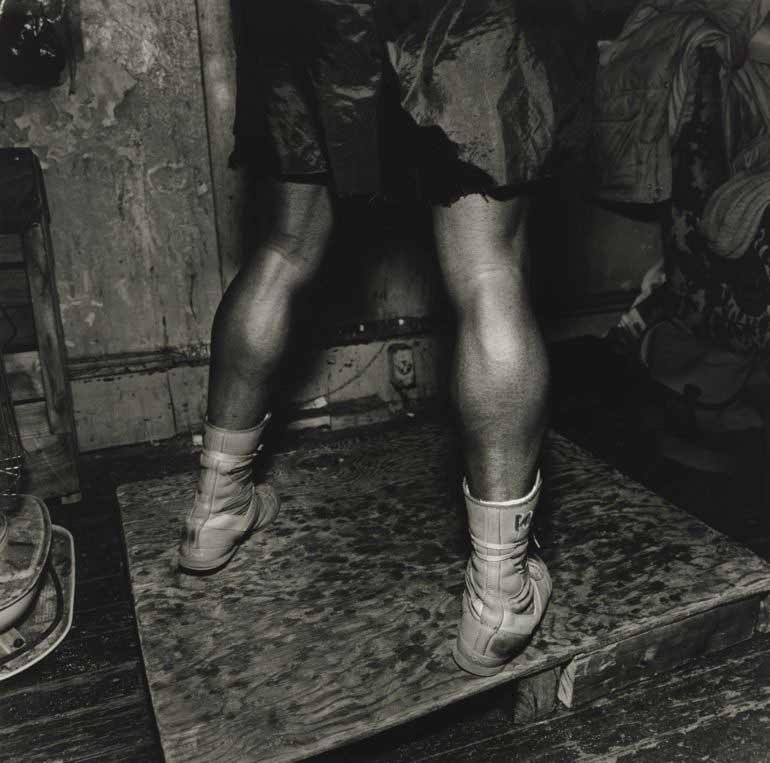 The Philadelphia Museum of Art presents an inside look at the tough and unsentimental world of boxing—including Philadelphia’s Blue Horizon gym—through the photographs of Larry Fink. Widely recognized as one of this country’s greatest photographers, Fink captures the subculture of boxing through its champions and challengers, its ambition-fueled gyms and rowdy rings and overheated atmospheres of locker rooms, as well as the many fascinating people—among them coaches, trainers, mothers, fathers, girlfriends, and spectators—who populate this world. This focused exhibition of about 80 gelatin silver prints celebrates a promised gift of the only complete set of Fink’s boxing photographs, including many that have never been published. 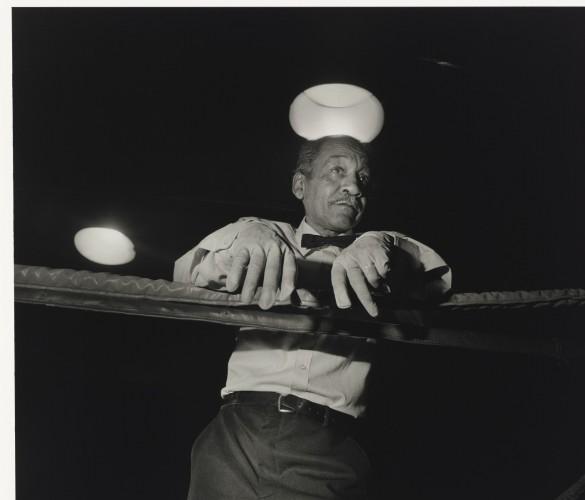 Fink’s fascination with boxing was borne out of an assignment in 1986 to photograph sportsman Jimmy Jacobs, who was also the manager of the world heavyweight champion at the time. Firing at maximum shutter speed, Fink learned how to move quickly and easily around the boxers, capturing fleeting moments of the agony, glory, shock, and satisfaction involved in amateur and professional bouts. He would continue to document boxers, gyms, and matches around the country through 2004. The works selected for display are from the artist’s intensive eighteen-year study.

The exhibition features a bird’s-eye view of the ring at the Blue Horizon, the legendary boxing gym in Philadelphia that closed in 2010. This famous arena figures prominently in Fink’s series as it was pivotal to how he came to know and relate to the world of boxing. His photographs include close-up images of chiseled bodies: sinewy legs and arms, and muscled shoulders and backs, but also explore the psychological dimensions of the sport, from the hard work of professional training to the intensity of championship matches, to moments of unexpected tenderness and vulnerability. 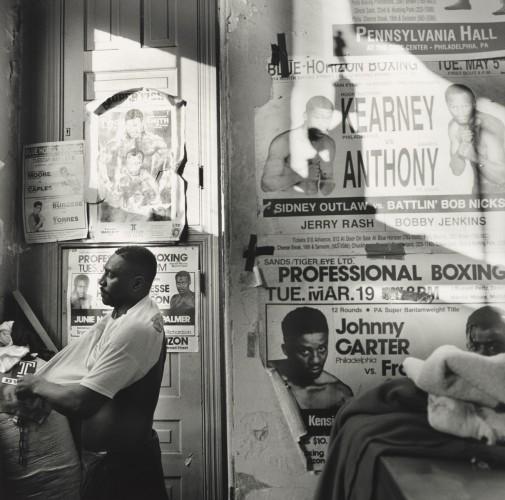 Photographs of other spaces like theaters and hotel rooms across Pennsylvania, New York, and New Jersey illustrate the range of Fink’s travels for this series. In Las Vegas, Fink would document the momentous match between Mike Tyson and Donovan Ruddock, considered the “Fight of the Year” in 1991. Candid shots of boxing promoter Don King, the boxers, and comedian Eddie Murphy moving through a crowd suggest the high stakes placed on that fight.

Also included in the exhibition are photographs of young female boxers in the ring as well as of women in fishnet stockings and high heels climbing down from the steps of rings. Other images show multiple views of a female boxer throwing a right-hand uppercut against the padded hand of her trainer, revealing the hours of intensive training involved in this demanding sport.

Peter Barberie, the Museum’s Brodsky Curator of Photographs, Alfred Stieglitz Center, said: “In these photographs the world of boxing unfolds like a great novel. Larry Fink shows us virtually all of human experience through the microcosm of this ancient sport.”

This exhibition of photographs by Larry Fink is drawn from the promised gift of 250 works to the Philadelphia Museum of Art by Anthony T. Podesta.

About the Blue Horizon Gym
Acknowledged by Sports Illustrated as the “last great boxing venue in the country,” the Blue Horizon was located at 1314 N. Broad Street in Philadelphia. From November 1961 when it opened until its close in June 2010, it was the site of many famous international, regional, and local fights, including some fictional fights that appeared in the movie Rocky V (1990). The building still stands today.