Kehinde Wiley at the National Gallery: The Prelude 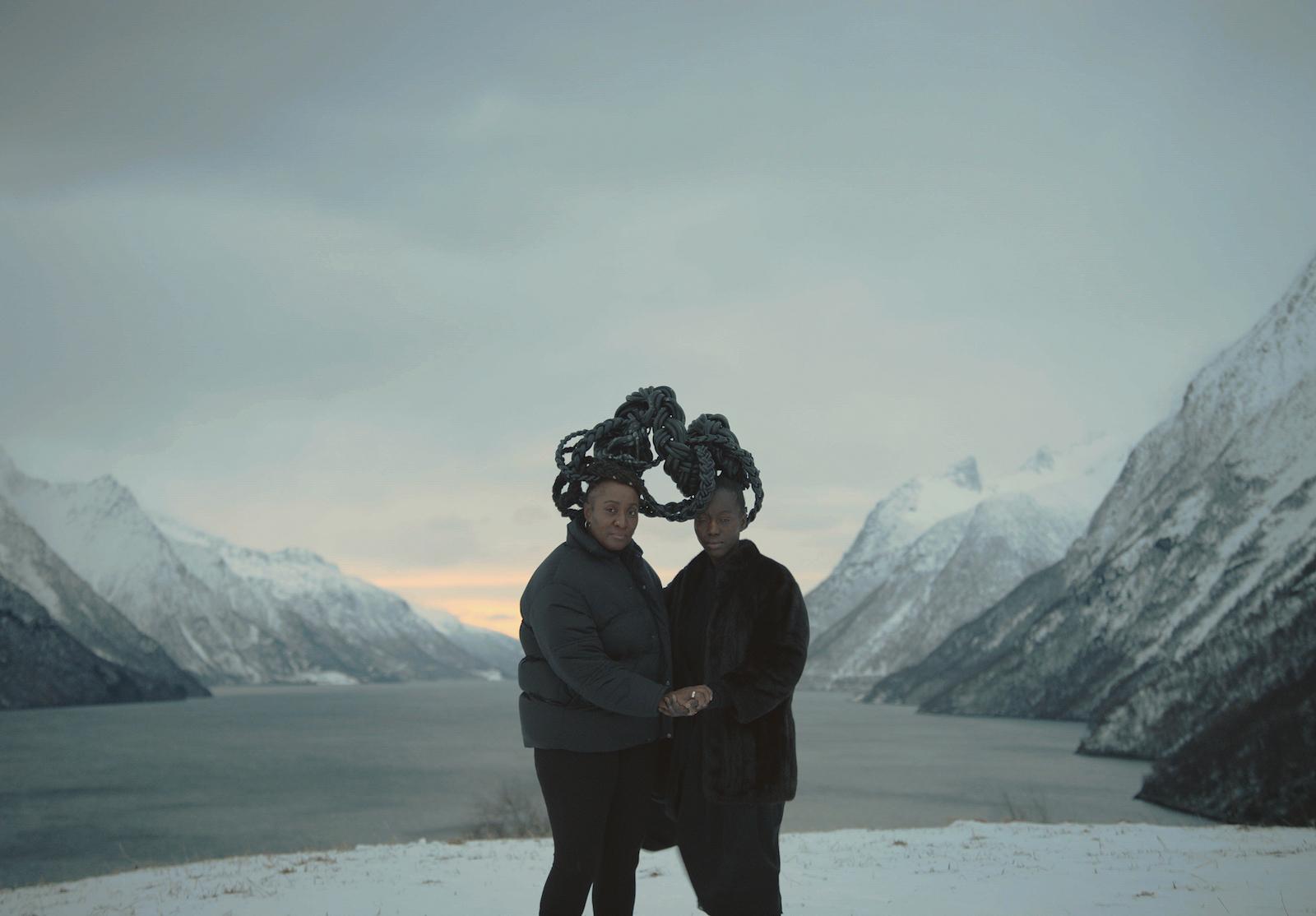 Production photo from on location filming in Norway for In Search of the Miraculous, 2020.

This winter, in his first collaboration with a major UK gallery, American artist Kehinde Wiley will explore the artistic conventions and canons of the Western landscape tradition—mountainous, coastal, sublime, Romantic and transcendental—through the mediums of film and painting.

Kehinde Wiley (b. 1977, Los Angeles) is an American artist best known for his portraits that feature people of colour in the traditional settings of Old Master paintings. Most famously, in 2017 he was commissioned to paint Barack Obama, becoming the first Black artist to paint an official portrait of a President of the United States. His work references European portraiture by positioning contemporary Black sitters, from a range of ethnic and social backgrounds, often wearing casual or hip-hop clothing, in the poses of the original historical, religious or mythological figures, conferring – in the process – his sitters with a similar fame and status.

His images—as part quotation, part intervention—raise questions about power, privilege, identity, and above all highlight the absence or marginalisation of Black figures within European art.

Wiley’s first film installation, Narrenschiff (2017), was a contemporary response to the ‘Ship of Fools’ allegory, popular in European culture from the late fifteenth century. Wiley’s work featured a group of young Black men at sea, struggling to reach the land – a metaphor for both historical and contemporary issues of migration, isolation and social dislocation.

Building on these themes at the National Gallery, with five paintings and one six-channel digital film, Wiley will explore European Romanticism and its focus on epic scenes of oceans and mountains, humankind’s relationship with nature and in the process touches upon current concerns such as climate change and migration.

One section of the film included in this project will feature Black Londoners that Wiley met and cast for the film on the streets around the National Gallery, and whom he took on a trip to Norway to explore its fjords and glacial landscapes. Mountains can be perceived as something to be conquered. They can also be seen as impenetrable places, the highest places on earth and consequently the closest to the heavens, associated with virtue, rationality, purity and godliness. In this film 'In Search of the Miraculous' the Black female and male characters are, in turns, overwhelmed by the snow, subsumed by whiteness and almost disappear in the landscape, or take centre stage and contemplate nature in a respectful and dignified way. His paintings reference the Romantic wanderer figure in search of spirituality or self-discovery.

Marine painting has long been linked to European maritime power and traditionally featured imperial endeavours, voyages of exploration, and typically emphasized the prowess of experienced seafarers or the bravery and leadership qualities of (white) naval officers. In Wiley’s work, oceans are seen as changing, irrational and unreliable forces which also can be used as trade routes, passages and escapes to a better life, and also represent the site of a defunct empire.

Situated in the Sunley Room, at the centre of the Gallery’s collection, this free exhibition will draw out the dynamic relationship between Wiley’s work and the National Gallery’s historical landscapes and seascapes by artists such as Claude, Friedrich, Turner, and Vernet.