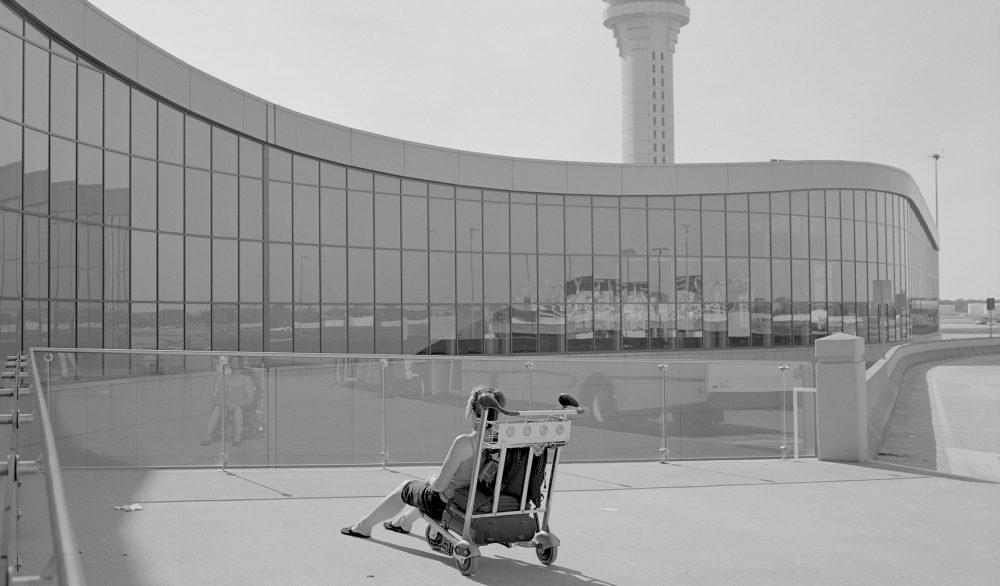 ATLANTA, Jan. 18, 2018 – The High Museum of Art will debut more than 60 new works by Athens-based photographer Mark Steinmetz commissioned for its “Picturing the South” series in “Mark Steinmetz: Terminus,” on view March 3 through June 3, 2018. Established in 1996, “Picturing the South” is a distinctive initiative that asks noted photographers to turn their lenses toward the American South to create work for the High’s collection. For his commission, Steinmetz focused on air travel and Atlanta’s Hartsfield–Jackson International Airport—the most heavily trafficked airport in the world. Taking its title from Atlanta’s original name, the exhibition closely considers the activity and interactions that make the airport the crossroads of the New South.

“We are delighted to bring Steinmetz’s work into the collection as part of our ‘Picturing the South’ series, which exemplifies our dedication to photography and focus on celebrating the region’s rich artistic landscape,” said Rand Suffolk, the High’s Nancy and Holcombe T. Green, Jr., director.

“As a Southern photographer, Steinmetz brings a familiarity with the region to his commission that also comes with a greater sense of intimacy and depth. That personal connection to the South’s people and places is certainly evident in this new work,” said Gregory Harris, the High’s assistant curator of photography. “We’re excited by the photographs, and we look forward to sharing them with our community.”

Steinmetz is widely respected as one of the leading mid-career photographers working in the South today and is known for his documentation of the region’s social and geographical landscapes. In the black-and-white prints he created for this commission, Steinmetz captures the richly complex conglomeration of public and private moments that play out in the airport’s exterior and interior spaces. Punctuating those human moments, Steinmetz also has made studies of the jet trails left by passing planes, the overgrown landscape that surrounds the airport and aerial views of the city. The photographs range from portraiture and landscapes to more abstracted work about the sky and flight. Together, they provide a poignant perspective on Atlanta as a global metropolis and underscore the role the airport plays as a gateway to our modern world.

“At the airport, people from all over the world and from all walks of life can be found in the midst of their journeys,” said Steinmetz. “Though my main subject has been the passengers, I am also photographing the people who work at the airport, the interiors and exteriors of the planes, as well as the hotels, parking lots and neighborhoods that surround and support the airport.”

“Our hope with our ‘Picturing the South’ commissions is to spark something new in the photographers’ work, allowing them to dig into a topic or place that they’ve not yet been able to explore,” said Harris. “Mark has been making some long-exposure night time pictures of planes that are abstract and unlike anything else I’ve seen him do. They’re rather meditative and beautiful. I was pleased to see him taking that kind of risk, and I’m excited that our visitors will have the first chance to see these gorgeous photographs.”

“Mark Steinmetz: Terminus” will be on view in the Lower Level of the High’s Wieland Pavilion.

About Mark Steinmetz
Steinmetz (American, born 1961) has lived and worked in Athens, Ga., for nearly 25 years. He is the author of more than a dozen photography books, many of which were published by Nazraeli Press. His work has been featured in solo and group exhibitions at galleries and museums throughout the United States, and his photographs are included in the distinguished collections of The Museum of Modern Art, New York; The Metropolitan Museum of Art; the Art Institute of Chicago; the San Francisco Museum of Art; the Museum of Fine Arts, Houston; and the High Museum of Art, among others. In 1994, he was awarded a Guggenheim Fellowship that enabled him to photograph extensively throughout the South. Much of this work later appeared in his books “South East,” “Greater Atlanta” and “15 Miles to K-Ville.” Steinmetz has taught widely at many prestigious institutions, including Harvard University, Sarah Lawrence College, Emory University and Yale University.

About “Picturing the South”
The High began its “Picturing the South” initiative in 1996 both to provide a contemporary perspective on Southern subjects and themes and to build its collection of contemporary photography. The commissions have benefited the Museum as well as the artists — Sally Mann’s commission in 1996, for instance, helped support her shift to landscape work and resulted in the first photographs in her “Motherland” series. The other commissions range from Dawoud Bey’s over-life-size portraits of Atlanta high school students to Emmet Gowin’s aerial photographs of aeration ponds and paper mills. Photographer Alex Webb captured the drama of Atlanta’s street life and nightlife, and Richard Misrach used a view camera to reveal the beauty and pathos of Mississippi River landscapes between Baton Rouge and New Orleans, an area known as “Cancer Alley.” In the most recent commission, Abelardo Morell focused on representing trees — an iconic subject that has captivated artists throughout the history of photography — in playfully unusual and imaginative ways. He traveled to state parks and wildlife refuges in Georgia and Tennessee to capture the images, 15 of which were featured in the High’s presentation of the 2014 exhibition “Abelardo Morell: The Universe Next Door.”

About the High’s Photography Department
The High Museum of Art is home to the most robust photography program in the American Southeast. The Museum began acquiring photographs in the early 1970s, making it one of the earliest American art museums to commit to collecting the medium. With nearly 7,000 prints, the photography collection focuses on American work of the 20th and 21st centuries, with particular strengths in modernist traditions, documentary genre and contemporary photography. Holdings include the most significant museum collection of vintage civil-rights-era prints in the nation as well as important photographs by Harry Callahan, Clarence John Laughlin, William Christenberry, Ralph Gibson, Richard Misrach, Walker Evans and Peter Sekaer. The collection also gives special attention to pictures made in and of the South, serving as the largest and most significant repository representing the region’s important contributions to photography.

About the High Museum of Art
The High is the leading art museum in the southeastern United States, housed within facilities designed by Pritzker Prize–winning architects Richard Meier and Renzo Piano. With more than 16,000 works of art, the High has an extensive anthology of 19th- and 20th-century American fine and decorative arts; major holdings of photography and folk and self-taught work, especially that of artists from the American South; burgeoning collections of modern and contemporary art, including paintings, sculpture, new media and design; a growing collection of African art, with work dating from pre-history through the present; and significant holdings of European paintings and works on paper. The High is dedicated to reflecting the diversity of its communities and offering a variety of exhibitions and educational programs that engage visitors with the world of art, the lives of artists and the creative process. For more information about the High, visit www.high.org.