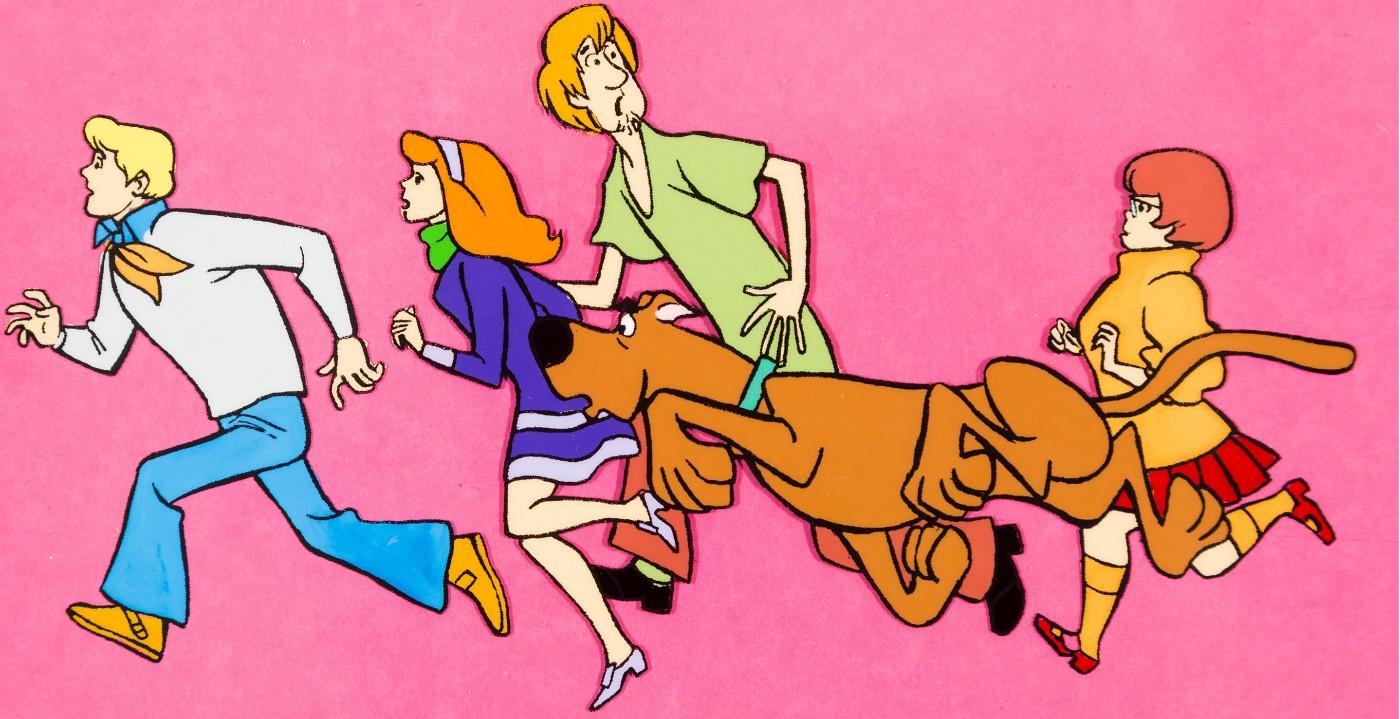 Scooby-Doo, Where Are You? Full Cast Stock Production Cel (Hanna-Barbera, 1969)

DALLAS, Texas  – A 1969 painting from The Haunted Mansion in New Orleans Square sparked a flurry of competitive bidding en route to claiming top-lot honors in Heritage Auctions’ Animation Art Auction Dec. 8-9 in Beverly Hills, California. With sell-through rates of 99.1 percent by value and 99.76 percent by lots sold, the sale totaled $1,956,296, making it Heritage Auctions’ most successful Heritage Auctions animation auction in the history of the company, and one of the biggest ever held.

More than 30 bidders pursued Haunted Mansion Stretching Room Disneyland Painting Original Art (Walt Disney, 1969) until it closed at $72,000, nearly tripling its pre-auction estimate. The rare, hand-painted image was one of four that greeted guests upon entry into The Haunted Mansion in New Orleans before the images were replaced at the attraction by prints. The massive (11 feet, 2 inches by 3 feet, 10 inches) painting shows the Elderly Widow sitting on her husband’s tombstone, and is hand-signed by Marc Davis.

“This animation art auction was our best to date,” Heritage Auctions Animation Art Director Jim Lentz said. “It showcased the global love of animation art. Record prices were seen across the board for all the studios: Disney, Hanna Barbera, Warner Brothers and so many more!”

Two lots set individual records: Scooby-Doo, Where Are You? Full Cast Stock Production Cel (Hanna-Barbera, 1969) was driven by two dozen bidders to a record price of $26,400, while Winsor McCay Gertie the DinosaurAnimation Drawing Original Art (1914) sparked 16 similarly eager bidders before establishing a new standard for Gertie artwork when it brought $24,000.

Mickey Mouse Turns 90
Perhaps the most celebrated animated character of all time, Mickey Mouse was hailed in the auction through the sale of 65 lots. Leading the way was Steamboat Willie Mickey Mouse and Pete Animation Drawing Original Art (Walt Disney, 1928), a rare 12-field, two-peghole animation drawing in graphite of both Mickey Mouse and Peg Leg Pete that went for $14,400 to the winning bidder from a field of 28.

The competitive bidding continued when 19 collectors made a play for Lady and the Tramp Background Color Key/Concept Painting by Eyvind Earle (Walt Disney, 1955), which finished at $24,000. After Blair’s departure from the Disney studio, Earle was recruited to do more than 50 background Color Key paintings for the infamous scene in which Lady and Tramp share spaghetti and meatballs. This large (16-by-13-inch) image is done in gouache on board, and is signed by Earle in the lower right corner.