"Gauguin: A Spiritual Journey" Opens at the de Young 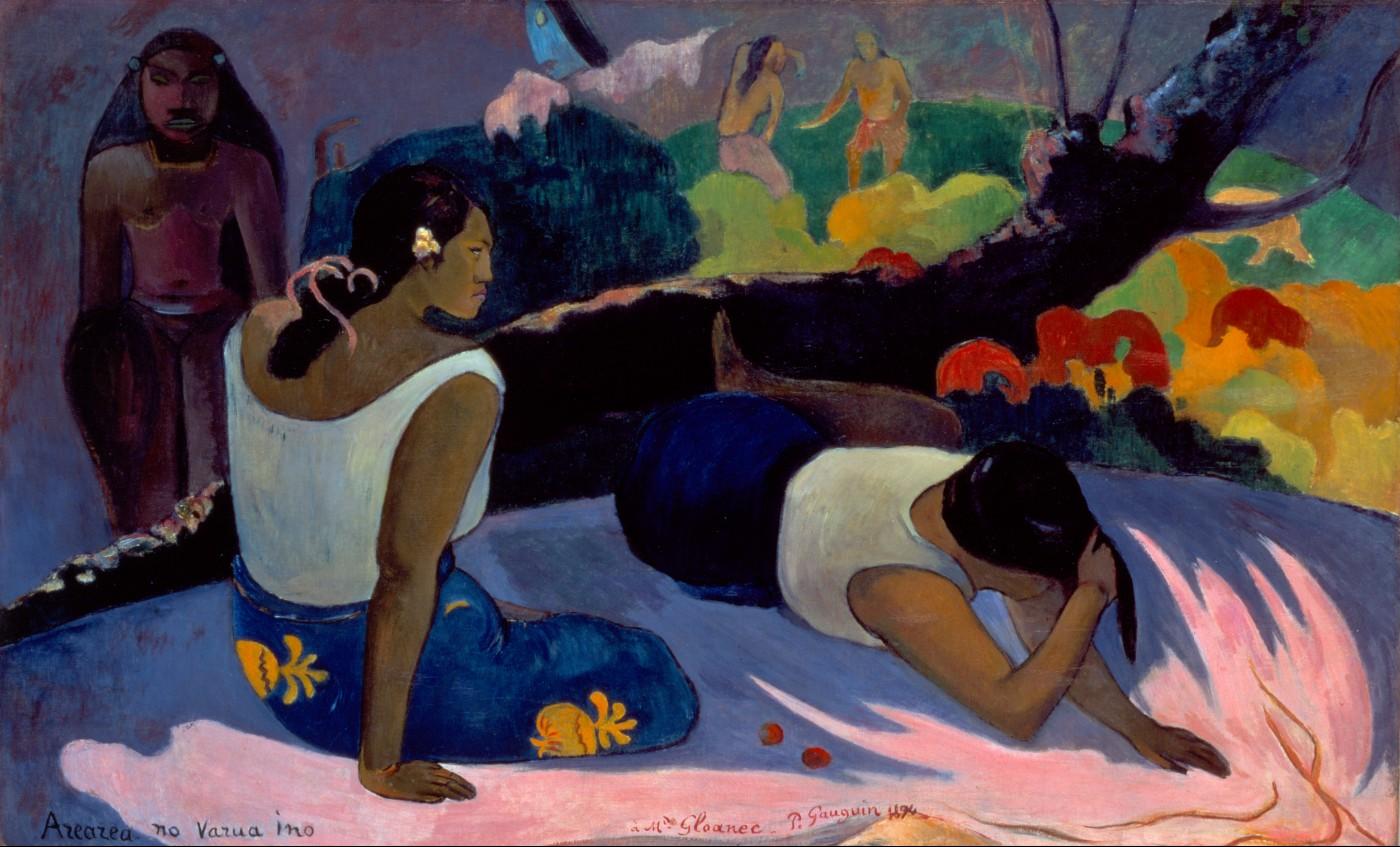 SAN FRANCISCO – The Fine Arts Museums of San Francisco (FAMSF) are proud to announce Gauguin: A Spiritual Journey, debuting at the de Young Museum on November 17. The first exhibition at FAMSF dedicated to the work of Paul Gauguin (1848–1903) will explore two themes central to his career: the relationships that shaped his life and work, and his quest to understand spirituality, both his own and that of other cultures he encountered. Through an exceptional partnership with the Ny Carlsberg Glyptotek in Copenhagen, more than sixty Gauguin works will be on view—ranging from oil paintings and works on paper to wood carvings and ceramics—alongside art of the Pacific Islands from the FAMSF collection. Combined, these works encompass distinctive phases of Gauguin’s career to show the development of his ideas, the scope of his oeuvre, and the inspiration he found in New Zealand, the Marquesas Islands, and Tahiti. 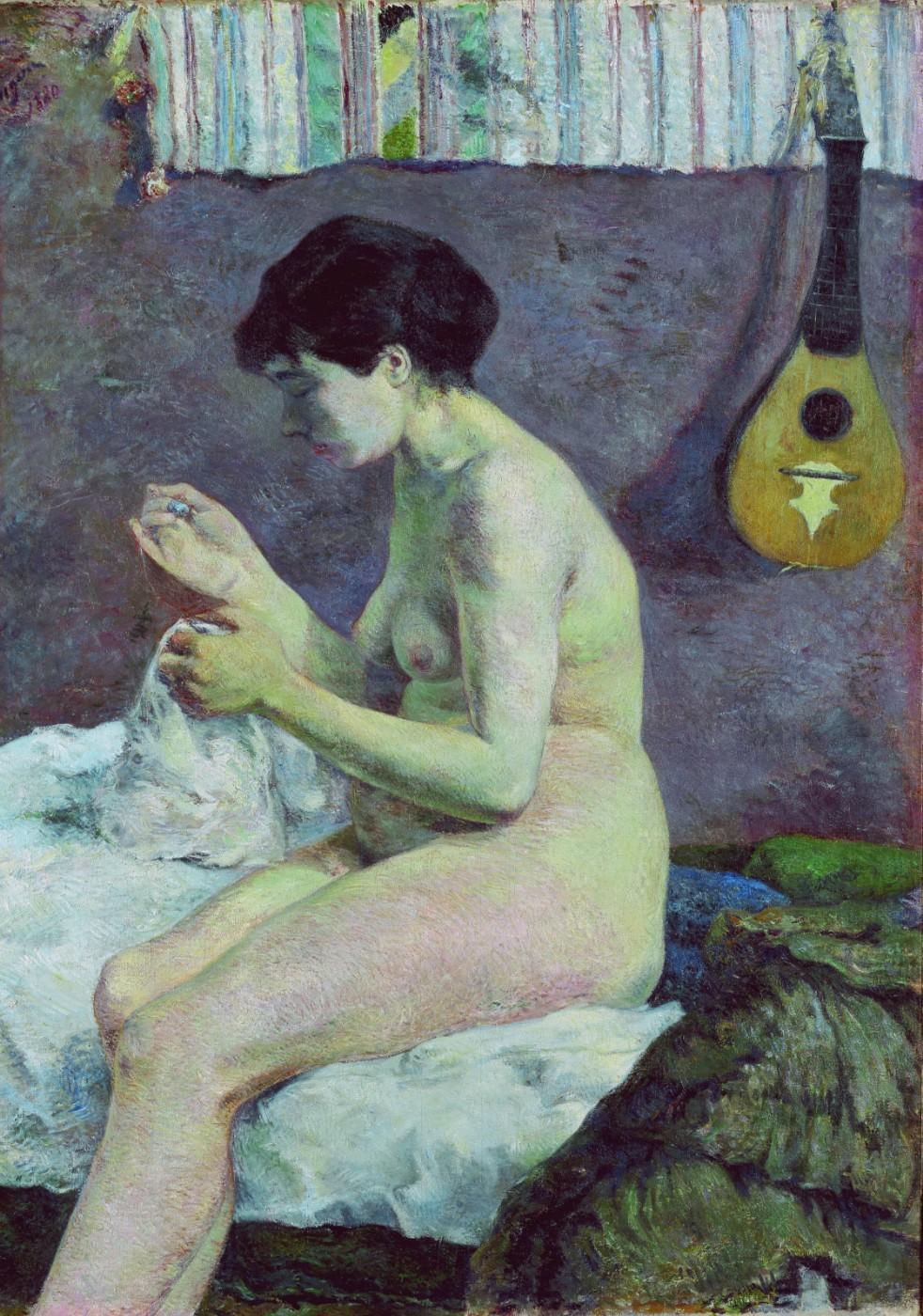 "The Fine Arts Museums of San Francisco have the largest repository of works on paper in the western United States, including numerous works by Gauguin—among them, The Woman from Arles, one of his most important drawings,” says Melissa Buron, Director of the Art Division at FAMSF. “Putting these works on view with Gauguin’s stunning oil paintings provides an unprecedented opportunity for our collection to shine and take its place in the larger historical narrative.”

Gauguin: A Spiritual Journey will feature works showing the deep influence that other artists, places, and relationships had on the arc of his career. Embarking on a profession in painting with no formal training, Gauguin was mentored by Impressionists including Camille Pissarro and Edgar Degas. (In fact, as an avid collector himself, Gauguin originally owned two of the Pissarro paintings on view in the exhibition.) Later collaborations with Vincent van Gogh and Émile Bernard show experiments with Symbolism as Gauguin developed his own distinctive style of painting, using flat fields of bold color and dark outlines that in turn influenced artists including Pablo Picasso and Henri Matisse.

The exhibition will take visitors on a journey through the progression and scope of Gauguin’s work, from an early drawing of his wife, Mette Gad (ca. 1873), to better-known paintings inspired by his travels to Tahiti, such as Tahitian Woman with a Flower (Vahine no te tiare), from 1891. Although Gauguin is best known as a painter and printmaker, the exhibition will also feature fifteen experimental ceramics and intricate wood carvings interspersed with period photography and excerpts from his own letters and writings. 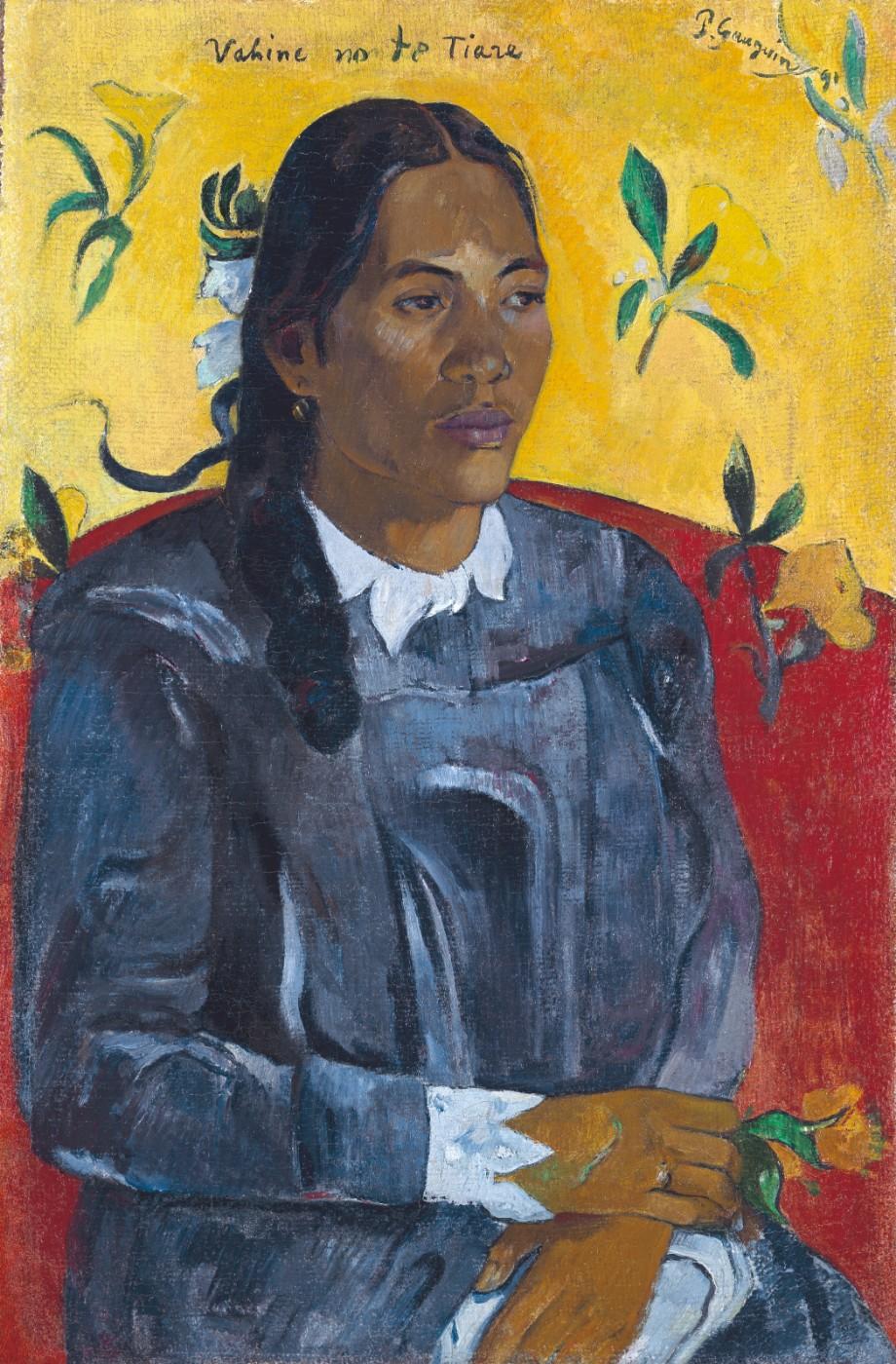 Gauguin was greatly influenced by Pacific art and culture, from his time spent in the region en route to Tahiti in 1895. Corresponding to this period of Gauguin’s travel and work in the Pacific, carvings and images from New Zealand, the Marquesas Islands, and Tahiti will be on view from FAMSF’s own extensive holdings in Oceanic arts. Works such as the striking Māori gable figure of Tüwhakairiora, purchased by founder M. H. de Young from the 1894 California Midwinter International Exposition in Golden Gate Park, will add to visitors’ understanding of the Pacific histories, beliefs, and art that inspired Gauguin and captured his imagination. (Tüwhakairiora was an ancestor who avenged the death of his grandfather and became a leader of all the peoples of New Zealand’s northeast coast of North Island in the seventeenth century.)

“It is exciting to bring so many Gauguin works to San Francisco,” says exhibition curator Christina Hellmich, curator in charge of the Arts of Africa, Oceania, and the Americas at the Fine Arts Museums of San Francisco. “I am pleased that we can highlight some lesser-known aspects of his life, including his wife’s critical role in his career, and offer contemporary perspectives through a new video installation. The striking works of Māori, Marquesan, and Tahitian art from our own collection will allow visitors to learn about Gauguin’s fervent interest in the art and spirituality of Oceania.”

Among many of Gauguin’s paintings are subjects believed to depict Indigenous Māhu, or Tahitian “third gender” individuals. In Sāmoa, the equivalent is known as a Fa’afafine, an indigenous queer minority considered to be gifted in the spirit of more than one gender. Sāmoa-based interdisciplinary artist Yuki Kihara has been commissioned to create a new video work that will debut with this exhibition. Filmed in Upolu Island Sāmoa, her piece, entitled First Impressions: Paul Gauguin, shows a group of Fa’afafine friends discussing works that Gauguin created during his time in the Pacific. 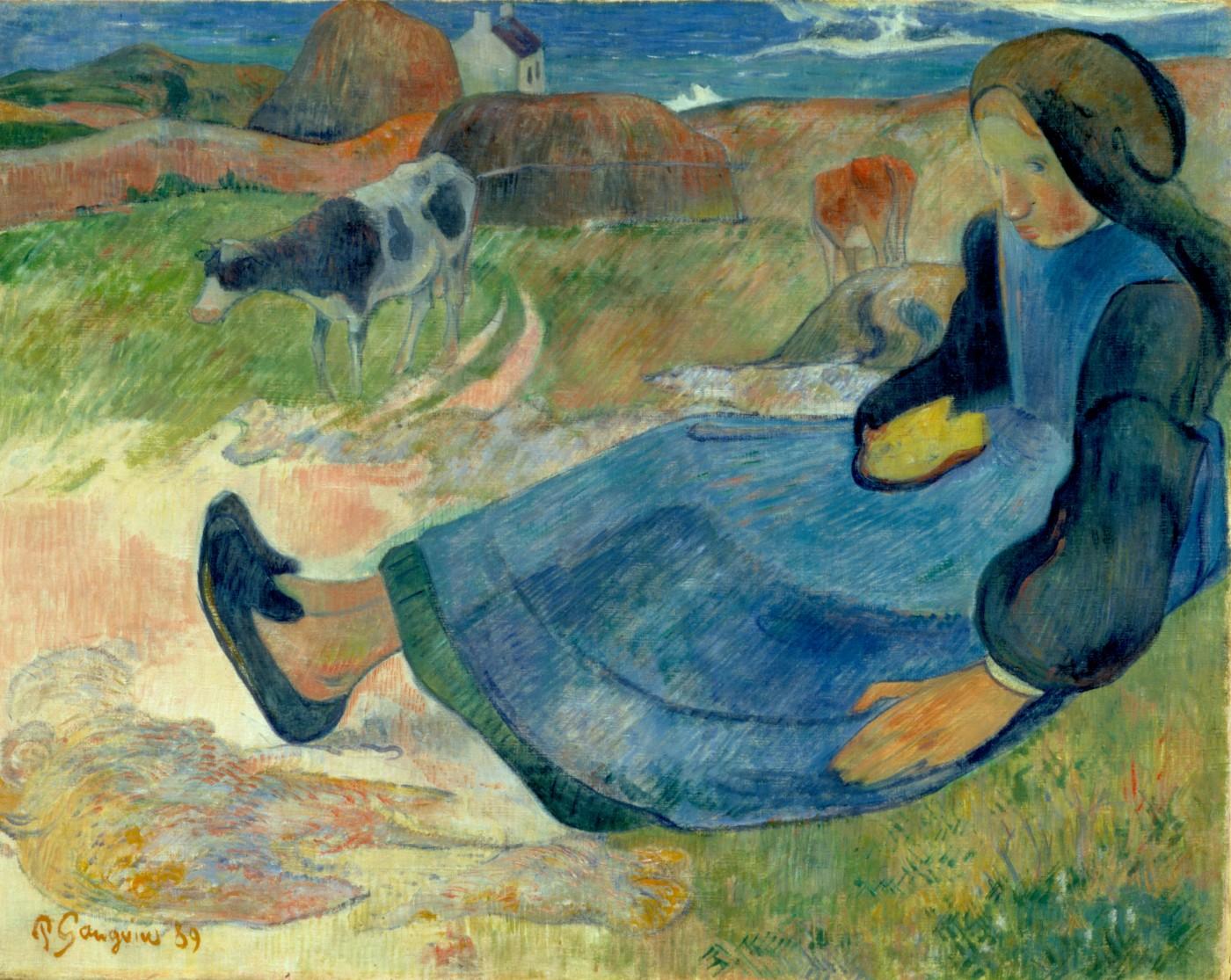 "The Glyptotek contains one of the world’s finest collections of Gauguin’s works,” adds Christine Buhl Andersen, Director of the Ny Carlsberg Glyptotek. “For us it is of crucial significance that the collection is put into new contexts and thus remains vital and relevant. This is the case here where two museums have combined their potential and worked together curatorially, thus creating an original exhibition. We at the Glyptotek have enjoyed an excellent collaboration with the de Young museum and we look forward to experiencing the public’s reception of the exhibition when it opens in San Francisco.”

Gauguin: A Spiritual Journey is organized by Christina Hellmich, curator in charge of the Arts of Africa, Oceania, and the Americas at the Fine Arts Museums of San Francisco, and co-organized by Line Clausen Pedersen, curator at the Ny Carlsberg Glyptotek, Copenhagen.

The exhibition will be on view at the de Young museum from November 17, 2018, through April 7, 2019, and then travel to the Ny Carlsberg Glyptotek.