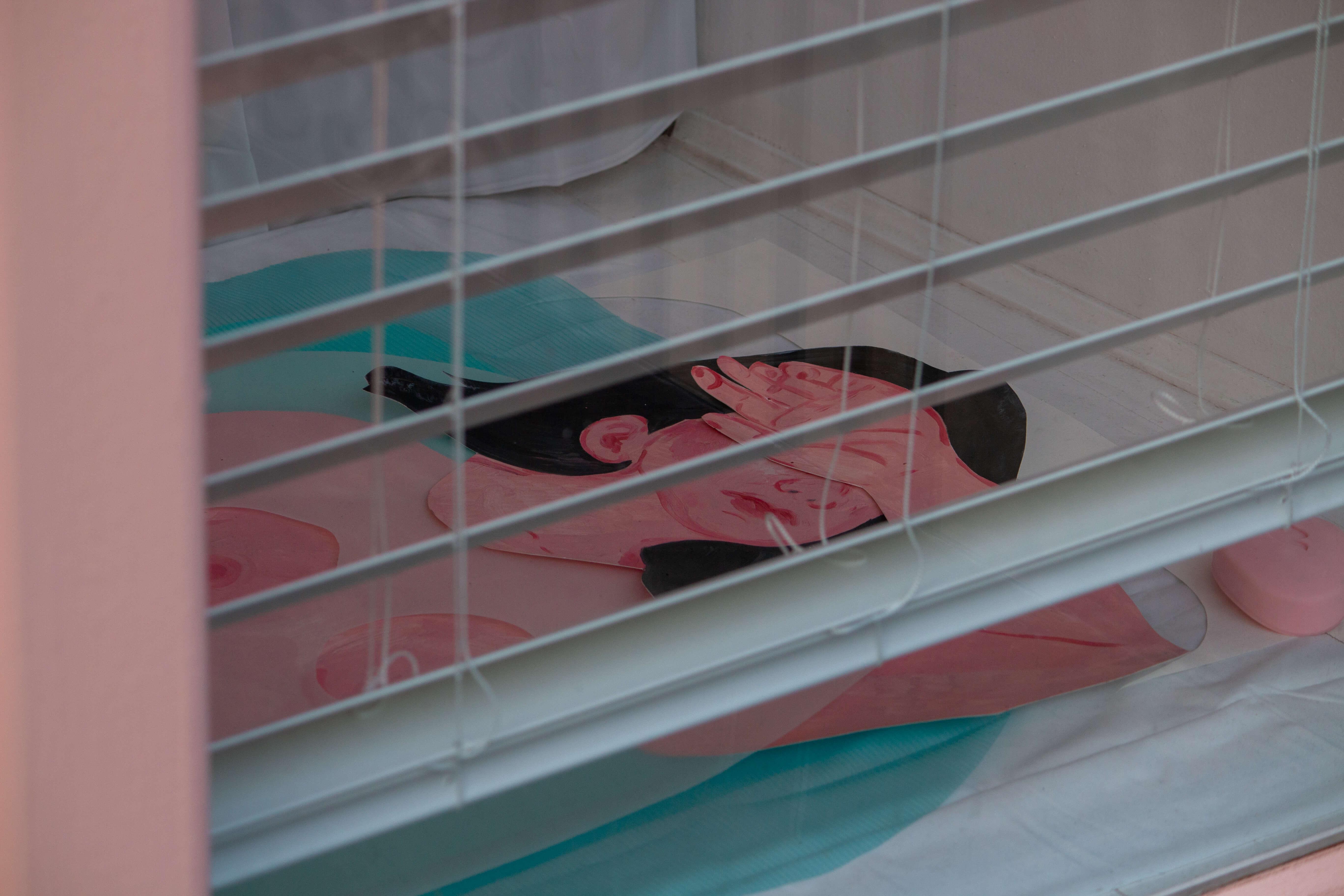 Emilia Olsen, How to Be Alone, 2019. Installed at PUBLIC SWIM. 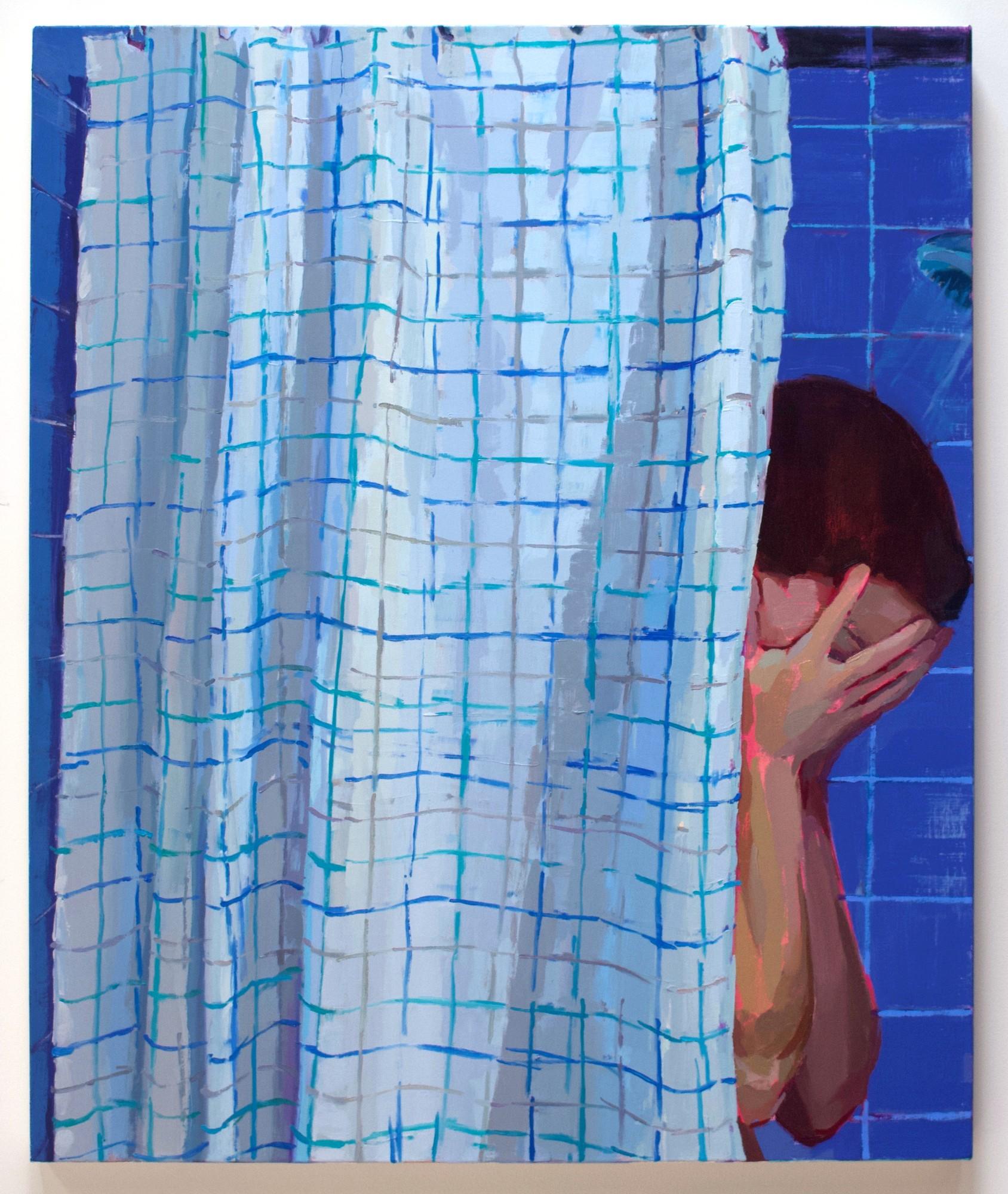 Public Swim is a space where distinct groups will gather together to form a lively community where everyone feels welcome, and relationships are valued and supported. It’s a space where contemporary art collectors and emerging artists can come together for engaged conversation and art viewing pleasure. Refreshingly non-elitist, SWIM, short for “someone who isn’t me,” is a nod to the inclusive internet culture that so often provides a platform for underrepresented artists and levels the water for consumers as well. Everyone is invited to this pool party.

Public Swim fosters a professional, casual environment, exhibiting works by both emerging and mid-career artists with a focus on themes and subjects rooted in the real, material world. An open space for artists and art enthusiasts alike, events and programs will range across solo and curated group shows, talks, readings and community events. In an effort to build meaningful relationships between artists and the gallery “First Fridays” portfolio reviews will be offered along with the chance for select artists to participate in a Summer Residency, culminating with a solo presentation of their work.

Founders Madeleine Mermall and Catherine Fenton Bernath value accessibility, affordability and intentionality, as fundamental to their programming approach and both want the gallery to become a neighborhood focal point and gathering place.

“We believe in accessibility and that everyone should be able to live with a piece of art they love. There’s too many barriers to collecting art so in addition to the works for sale in the gallery we’re excited to offer unique art objects and prints available online at varied price points.” 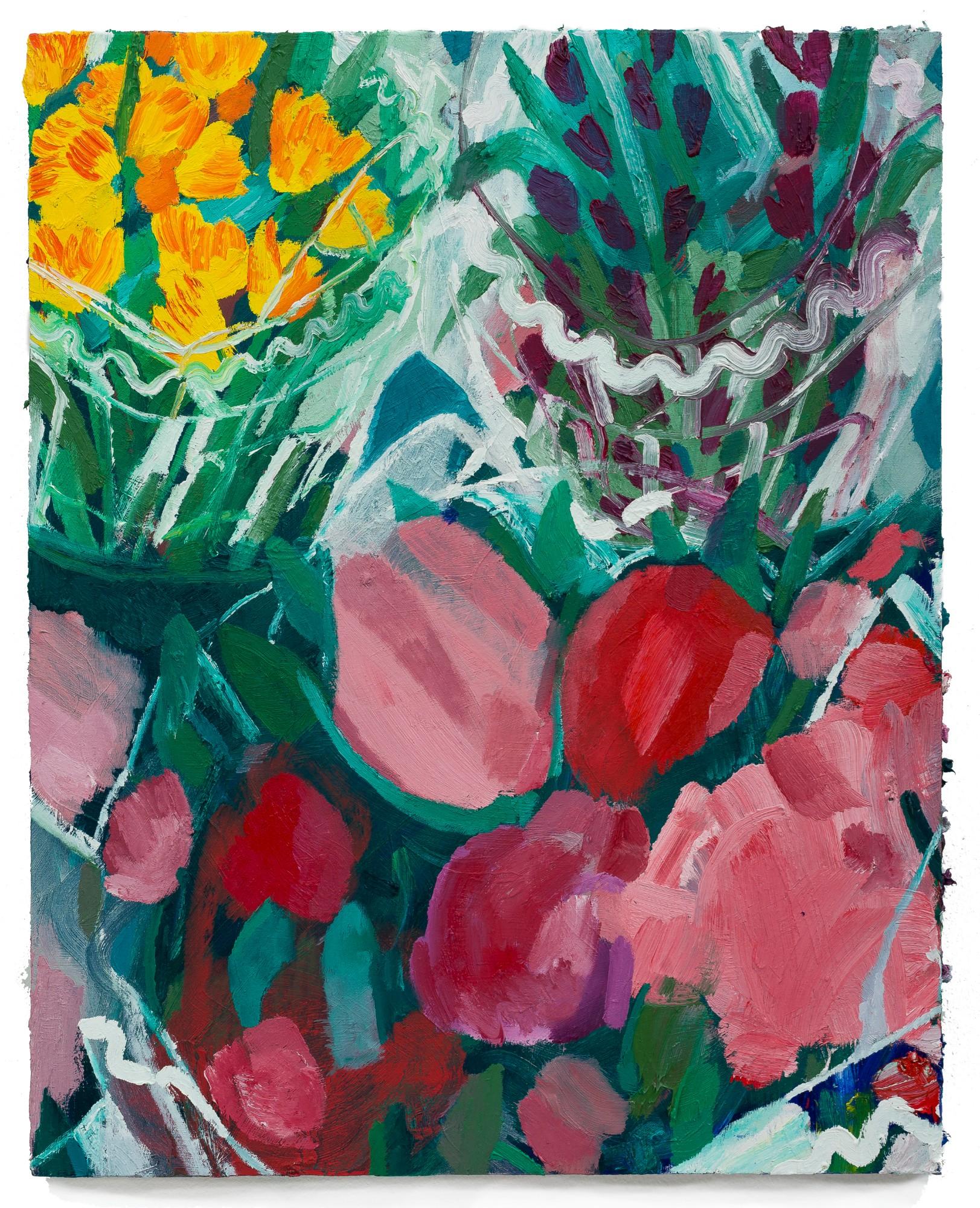 ABOUT THE FOUNDERS
Madeleine Mermall has been curating exhibitions since 2013 and begun the exhibition program at Spoonbill Books in 2017. She specializes in contemporary painting by emerging artists, and her exhibitions have revolved around such. Madeleine's exhibitions have been featured in Artsy, Art News, Artnet News, The Art Newspaper, Bushwick Daily, i-D VICE, and more. Her most recent show was the notable SPF 32, a group show featuring emerging and mid-career representational based painters, which took place in the oldest brewery in Brooklyn.

Having graduated with honors from New York University with a degree in art history and creative writing, Madeleine is passionate about art as well as the written word, and is both a fiction writer and poet. She is a romanticist and finds sublimity in the mundane. If she had to choose her favorite painting would be Edward Hopper’s House by the Railroad.

Catherine Fenton Bernath is an artist, maker and producer, who has been curating experiential gallery installations since 2015, most recently Auntie/Uncle Julius, Welcome Always by Azikiwe Mohammed in project space Love, Henry. In addition, she maintains an active studio practice of object making and material investigation. Themes surrounding domestic rituals, labor and its relationship to crafting gender are of current interest. She has created and executive produced numerous television projects, among them Unleashed by Garo series for the Sundance Channel.

Catherine has a BFA in Photography from the Ontario College of Art and Design and received her MFA in Fine Art at Parsons, The New School. She is a passionate advocate for women in the arts, having served on the board of New Georges, a theater company supporting women and gender nonconforming artists. Catherine seeks new forms of engagement between artists and audiences with an emphasis on transparency, inclusion and building community.